It's time to brush off those checkered pants and don your grinning death mask because the Harlequins are coming. The gleeful bringers of death are finally making their debut in plastic. We will be recieving a Harlequin Troupe, containg 6 models for $40, and a Harlequin Solitaire, a single model which will be priced at $26.

We also have some rules for the Troupe and Solitaire:


Harlequin SolitaireInfantry (Character) Unique
WS9 BS9 T3 W3 A6
WargearHolosuit, Harlequin's caress, Harlequin's kiss, flip belt
Special RulesDeepstrike, eternal warrior, fear, fearless, fleet, furious charge, hit and run, precision strikes.
Blitz- once per game can blitz. Roll a d6 equal to the turn number, and that is the distance he moves and ignores all models and terrain. When blitzing his attacks are increased to 10.
3+ invul save
Cannot ever be joined by another character, and cannot take warlord traits
Can move 12" in the movement phase.
Can take haywire
may take one item from the "Enigmas of the Black Library" list
Harlequin caress S: user AP -  ,melee, Caress of Death any 6 to hit causes an automatic wound regardless of of toughness at ap2, against vehicles a to hit of 6 auto glances
Harelquin kiss S: user AP- melee, kiss of death. One attack is a kiss of death, resolved at S6 ap2 and if a 6 is rolled its instant death
Flip belt- not slowed by difficult terrain and no penalty for charging through cover. also 2+ look out sir rolls.


Harlequin Troupes
Wargear
Holosuit, shuriken pistol, close combat weapon, plasma grenades, flip belt
Special Rules
Fear, fleet, furious charge, and hit and run
Can include up to 7 additional Players
any model can take a fusion pistol or neuro disruptor 12" S1 AP2 fleshbane
Upgrades are a harlequin's embrace-S: user AP- melee embrace of death gives d3 hammer of wrath attacks at S6, harlequins kiss, and harlequins caress. Any model can upgrade
The Troupe Master can take one item from the Enigmas of the Black Library and can select a Starweaver as a dedicated transport. 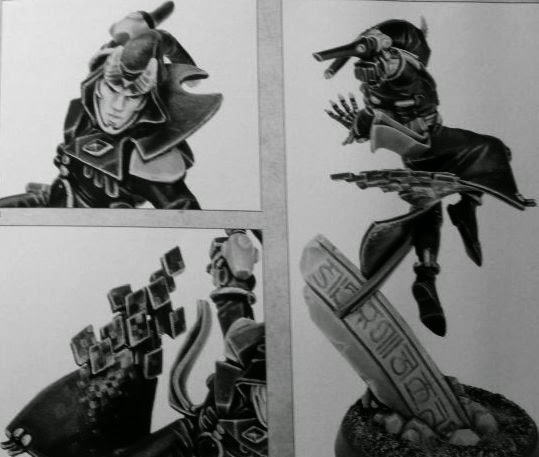 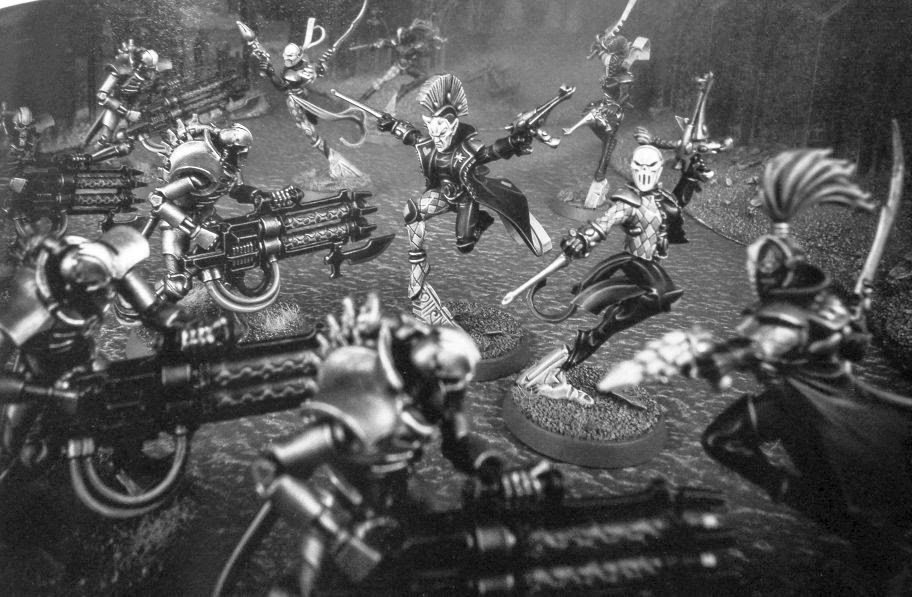 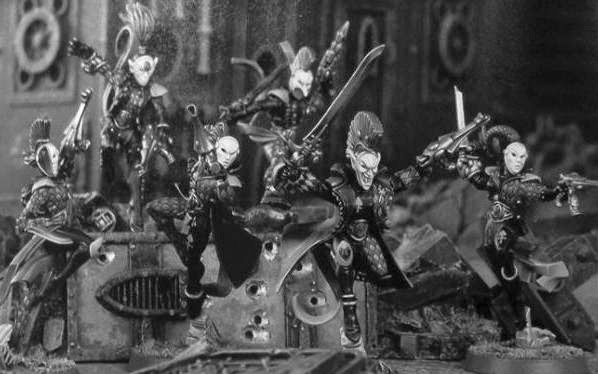 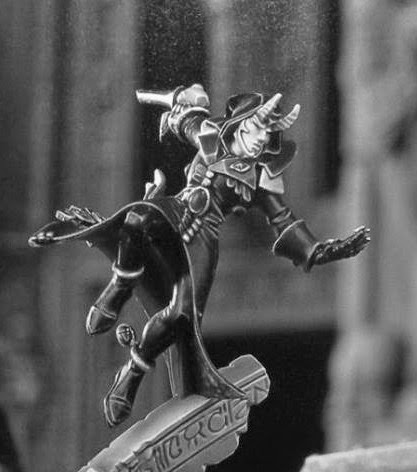 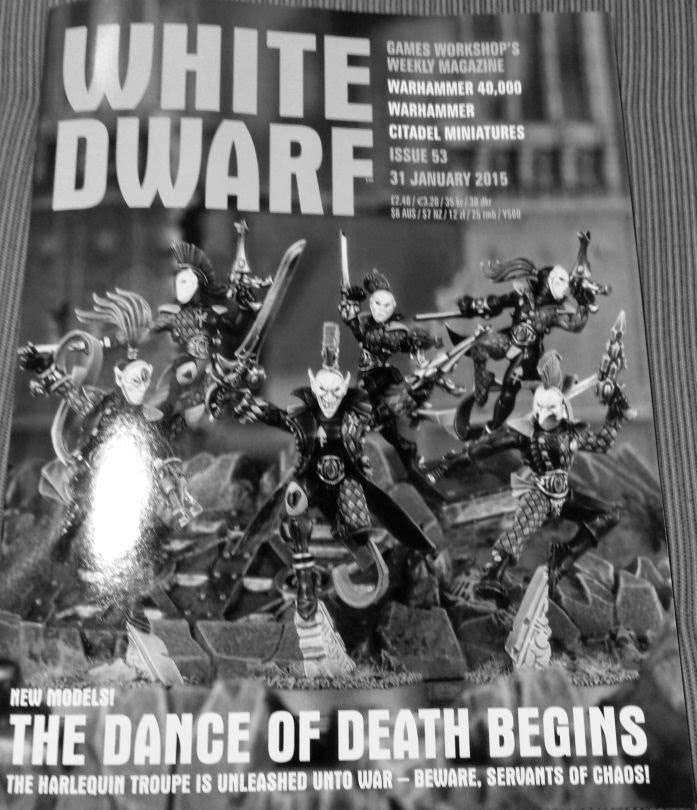 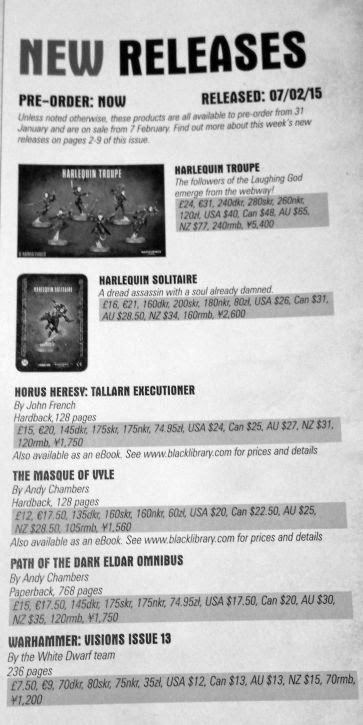 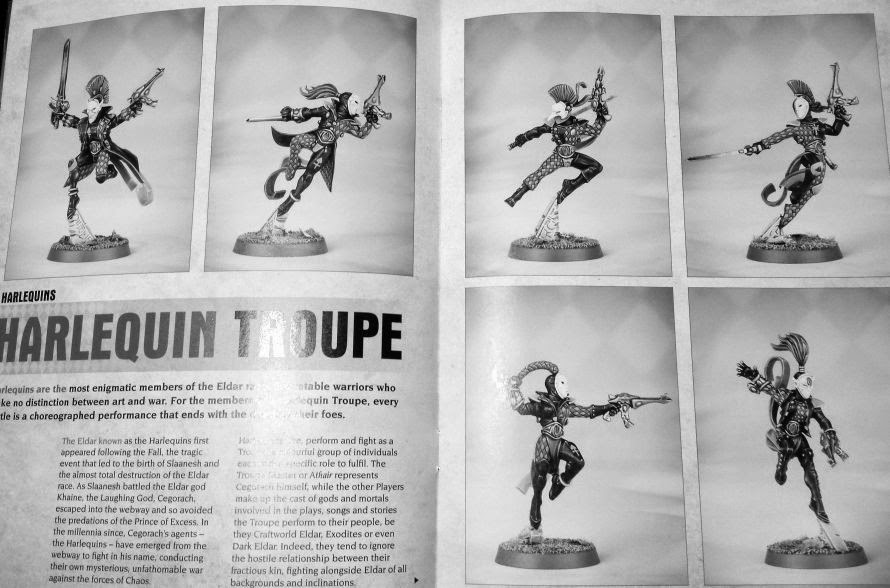 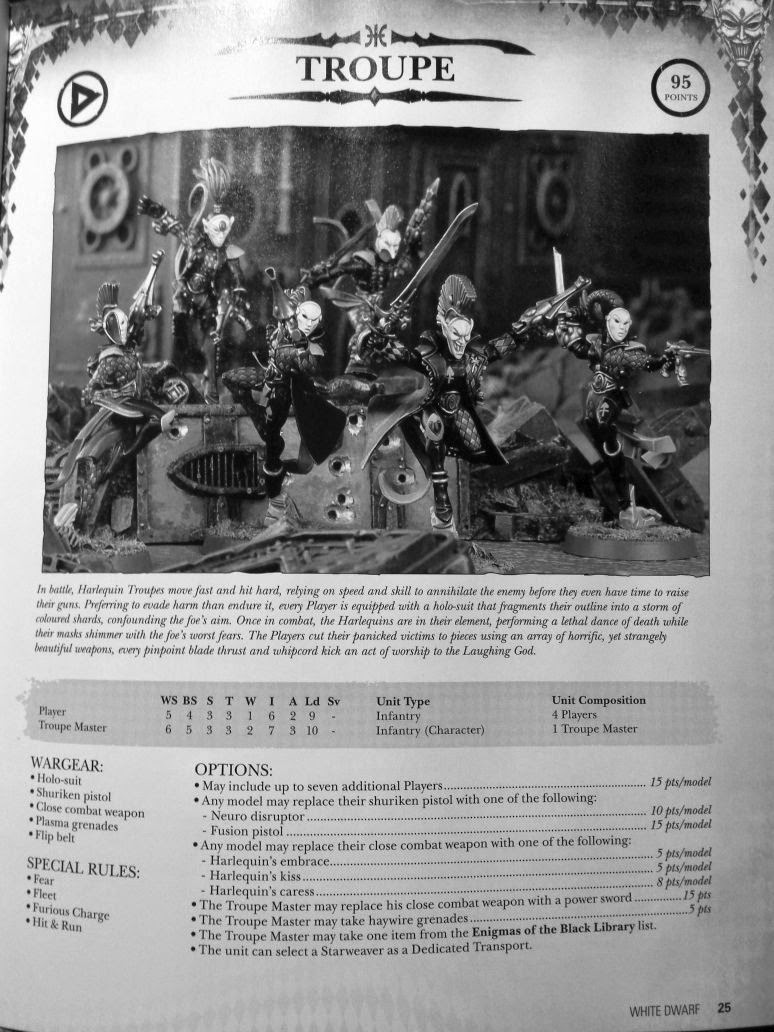 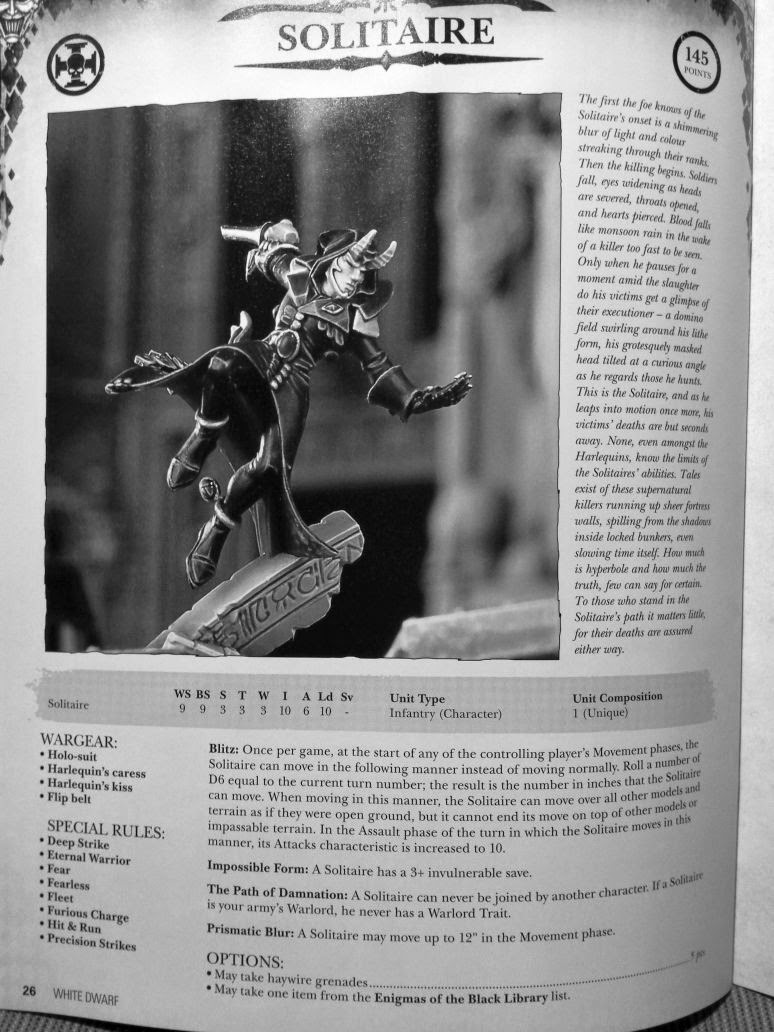 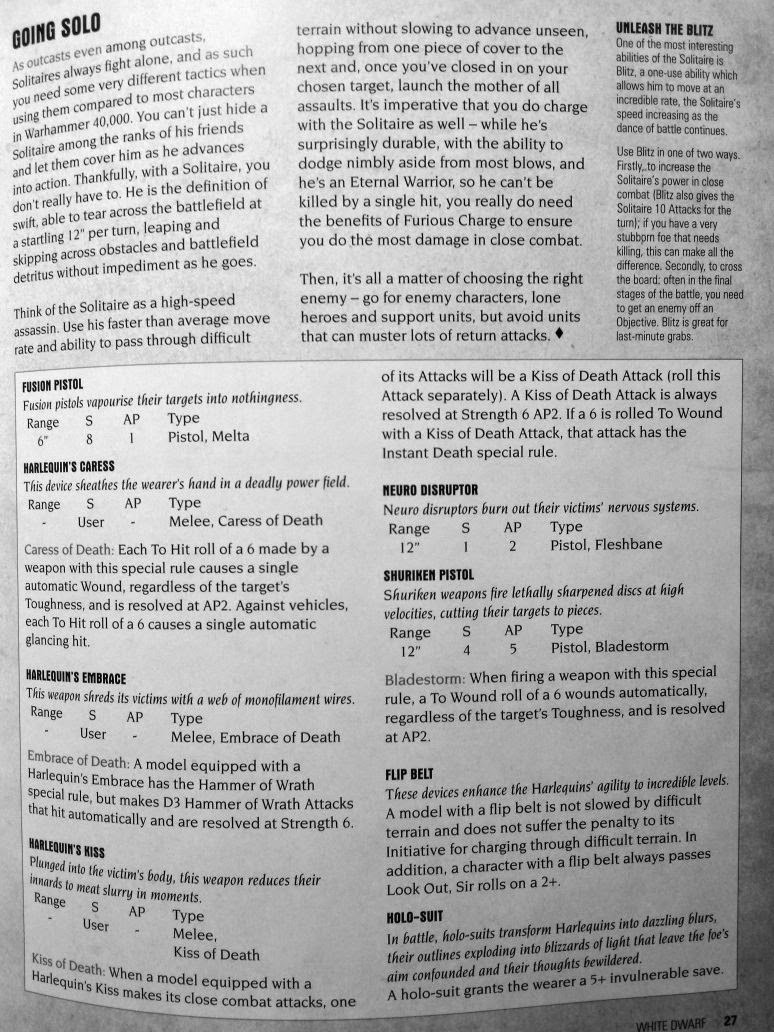