Unboxing: Empire of the Dead - 221b Baker Street Alliance and Vampire Slayers 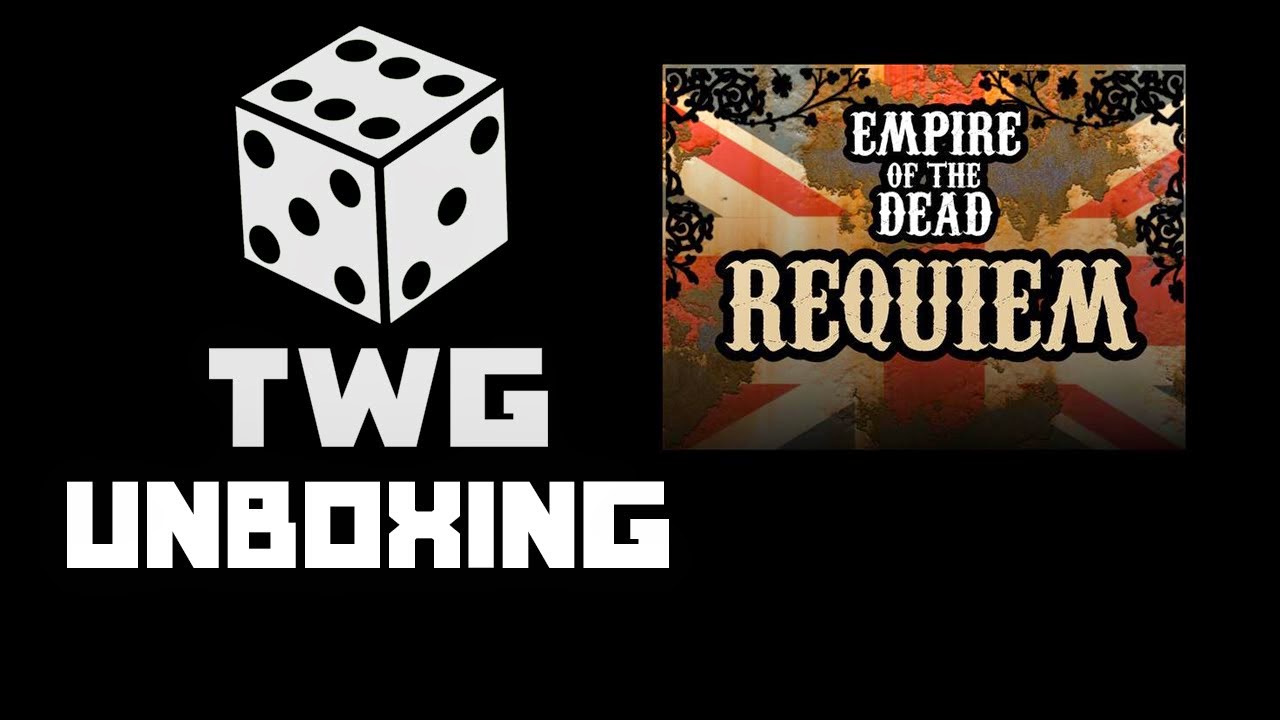 We return once again to the smokey streets of Victorian London in another look at Empire of the Dead (EotD). In our previous review we had a look at some of the original factions of EotD but this time we have two of the factions released as part of the Empire of the Dead: Requiem Kickstarter. These are 221b Baker Street Alliance and the Vampire Hunters each with some very interesting miniatures and even some familiar characters.

Both sets contain enough miniatures to get started with that particular faction. They are cast (mostly) in single pieces and come with bases. The exact contents are as follows: 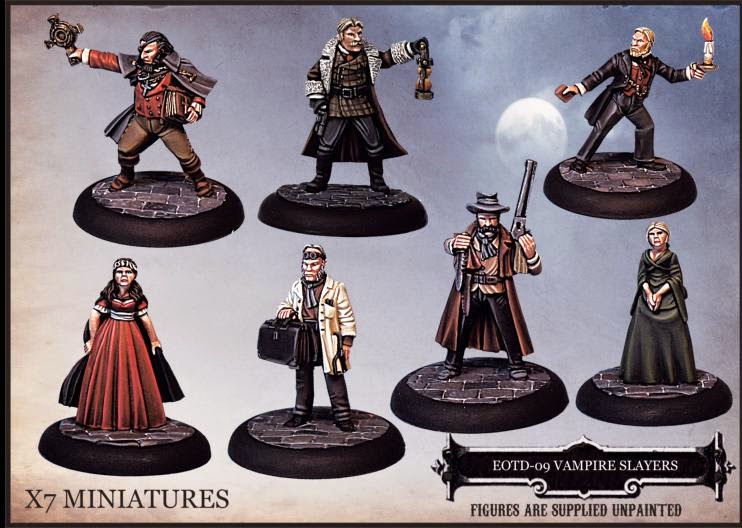 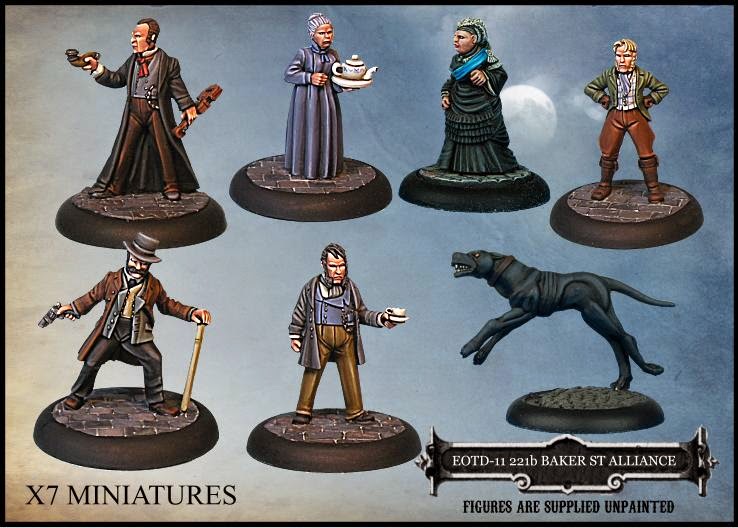 The world of Empire of the Dead is firmly seated within the world of Victorian Steam Punk and Gothic Horror and its miniatures range clearly reflects this. Not only are the miniatures dressed in what is easily identifiable as Victorian attire they postures also reflect the sensibilities of the time. The Queen Victoria miniature is a perfect example of this.

Speaking of characters, what is great about both of these sets is that all of the individuals are easily recognizable. We have iconic characters straight out of the pages of late Victorian fiction. Not only do we have figures of renown such as Sherlock Holmes and Van Halsing we also have a number of their supporting characters as well. Their outfits, equipment and faces have all been faithfully reproduced from the source material resulting in fantastic looking miniatures.

How easily identifiable they are is also testament to how well they have been sculpted as you can open a box of these miniatures and know straight away who they are. Even in 28mm the level of detail achieved is fantastic.

As mentioned above, all of the miniatures come in a single piece apart from Sherlock Holmes. For the great detective himself we were given a choice of two left hands, one empty and other carrying his iconic violin. This made assembly exceptionally easy and they only needed to be slotted into their base, meaning you can feasibly be playing this miniatures straight out of the box.

The quality of the casts was also good, there was little in the way of mold lines to remove which further made any preparatory work much easier.

I should also mention that West Wind Productions are currently running a Christmas promotion on their Empire of the Dead range. The Box of Delights bundle allows you to get a faction starter of your choice as well as the Empire of the Dead rule book for £35.00 which is an excellent saving considering that separately they cost £55.00. Make sure you don't miss out on this excellent opportunity to get started with Empire of the Dead and head over to their Webstore now.