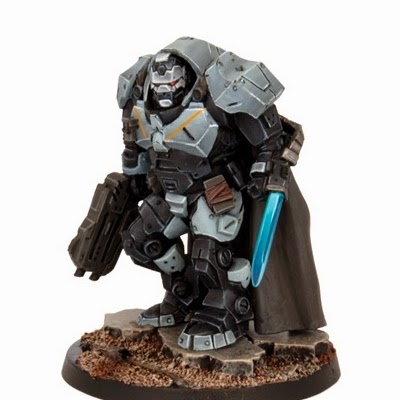 If you were are backer of the Deadzone Kickstarter then you are probably already aware of some upcoming hard plastic kits for the Enforcers. One of these is the standard Enforcer troops while the other features Enforcers in the heavy Peacekeeper armor.

We at Talk Wargaming have been given the excellent opportunity to take a look at the latter of these kits prior to their release to try them out. To give you a good look at the sprues we have provided a video in addition to this article so be sure to check it out for a closer look at the sprue.

In addition to the weapons you also get a choice 7 of heads, 1 of which comes with an open visor and two others features different style visors. You can further customize the miniatures by adding some of the several pouches and accessories that are dotted about the sprue. 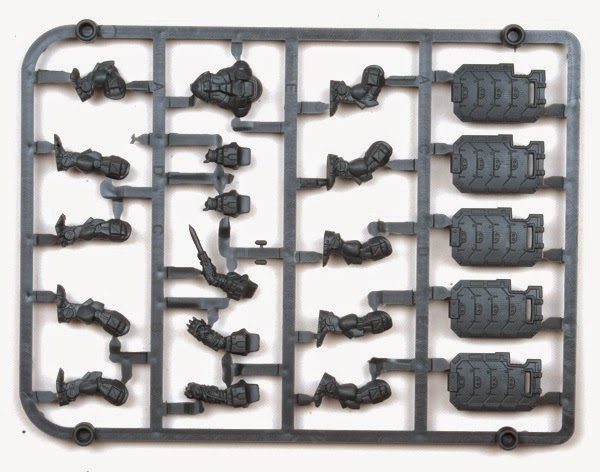 Each of the Peacekeepers are constructed of 6-7 parts; two legs, two arms, body, head and weapon. The arms are ball jointed which allows for a good amount of flexibility in the positioning. The legs are handily paired up with letter indicating which set they belong to on the sprue. This is extremely useful as it saves any guess work during assembly. Being constructed of hard plastic made the use of polystyrene cement possible, this enabled me to more easily pose the miniature before the glue set.

The Enforcer Peacekeepers are very much the same, in terms of style, as the Enforcer Captains from Warpath and Deadzone. However in a side by side comparison you can see that the armor plates are slightly smaller and the hoods are less pronounced. In the image below you can see the hard plastic Enforcer in the middle surrounded by its Plastic Resin counterparts. 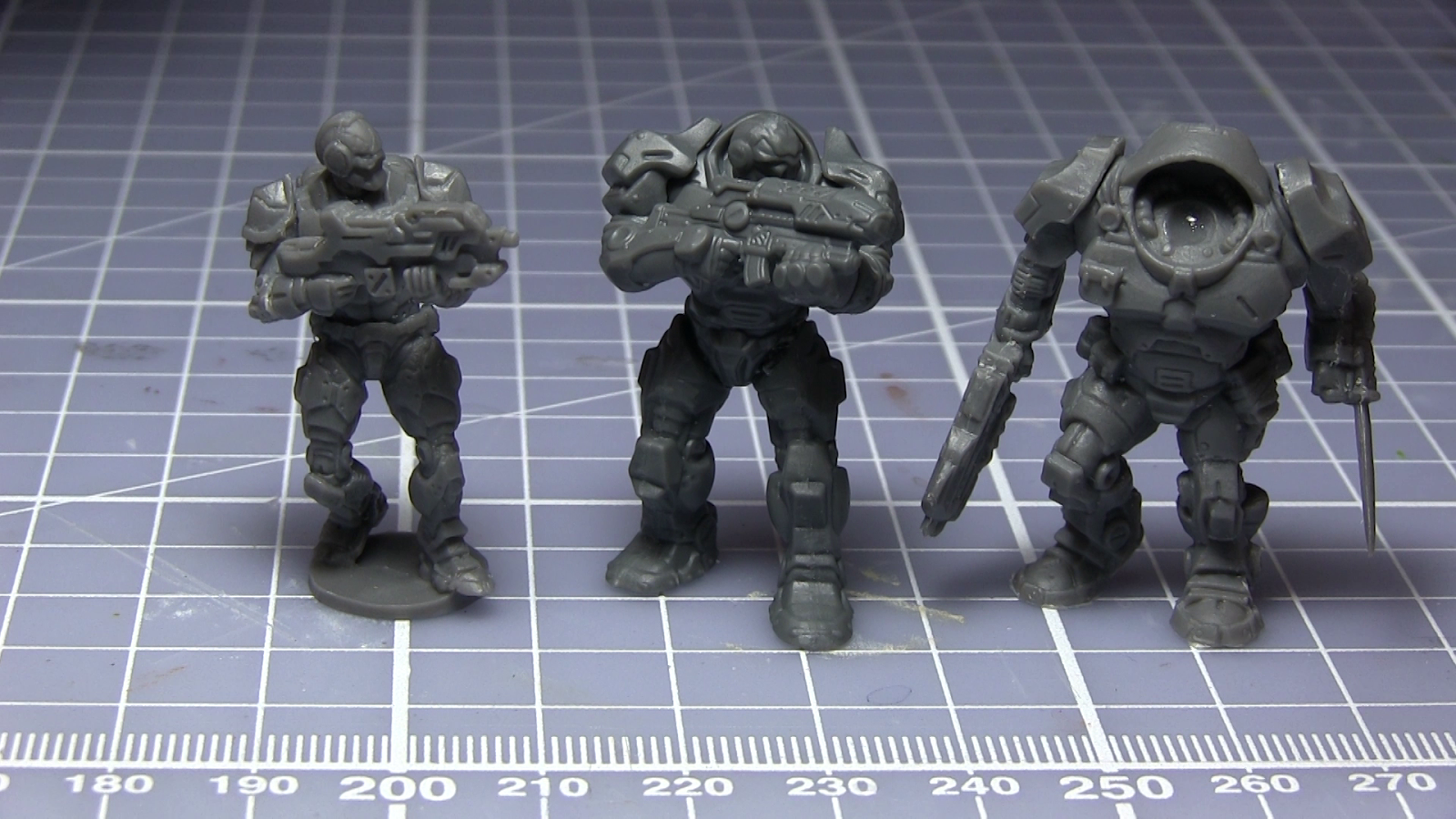 What is great about this is sprue is that it is made from Hard Plastic. While Plastic Resin is good for picking out details and achieving sharp lines it really is a pain to work with. Its hard and often suffers from mold lines, this combination can make it time consuming to clean up and prepare for painting. A prime example is the Enforcers from Deadzone, while they look excellent the plastic resin made their assembly a long and arduous task. Thankfully this has been been resolved by the upcoming Hard Plastic equivalents. While there were mold lines they were much less pronounced and far easier to remove due to the softer material.

The miniatures have lost little in terms of detailing during their transition to hard plastic. While some of the edges are a little 'softer' than before they are still nicely defined. The weapons are also complete with small details such as cooling vents and piping.

I for one am very excited for there full release and will probably be picking up a while bunch of these guys. Whilst they are not yet available be sure to check out Mantic Games for any updates.