After downloading the eBook samples of the new Blood Angels Codex and Painting guide I noticed a couple of, what appear to be, new miniatures. These were some Blood Angels Terminators and a Blood Angels Librarian in Terminator armor. Neither of these kits have been seen before so these look set to be in the next wave (20th December).

The Terminators appear to be Assault Terminators as their generic Storm Bolter / Power Fists seem to be lacking the Blood Angels Iconography. The armor is resplendent in the traditional Blood Drop and Chalice symbols and even features at least one helmet less and fanged head. The kit also appears to come with parts to allow it to be built as a command squad, as indicated by the Standard bearer,

The Blood Angels Librarian is also a new addition and will most likely be a Plastic Clampack. The Librarian is equipped with a Force Axe and his armor is covered in Blood Angels heraldry. The images can be seen below: 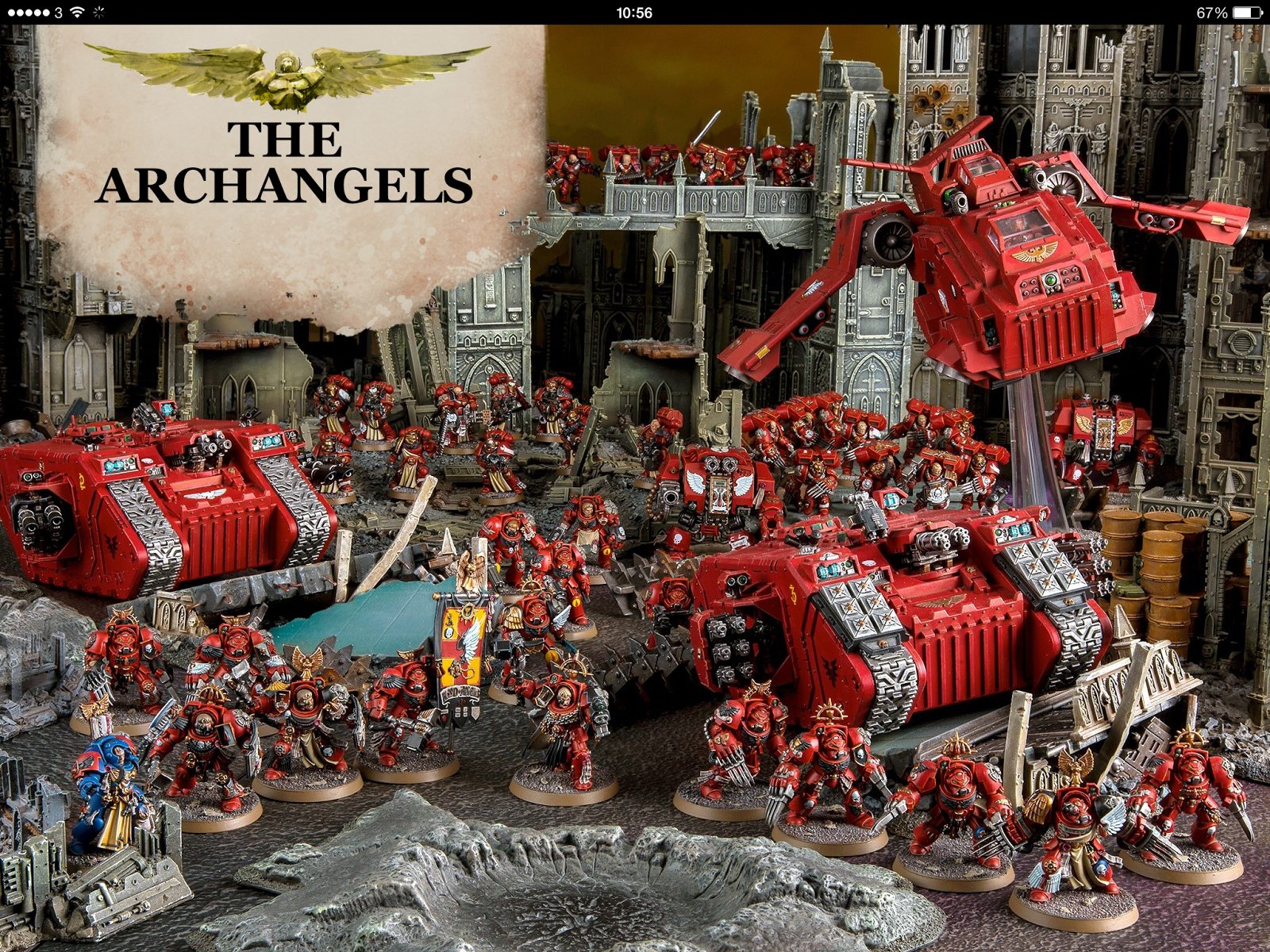 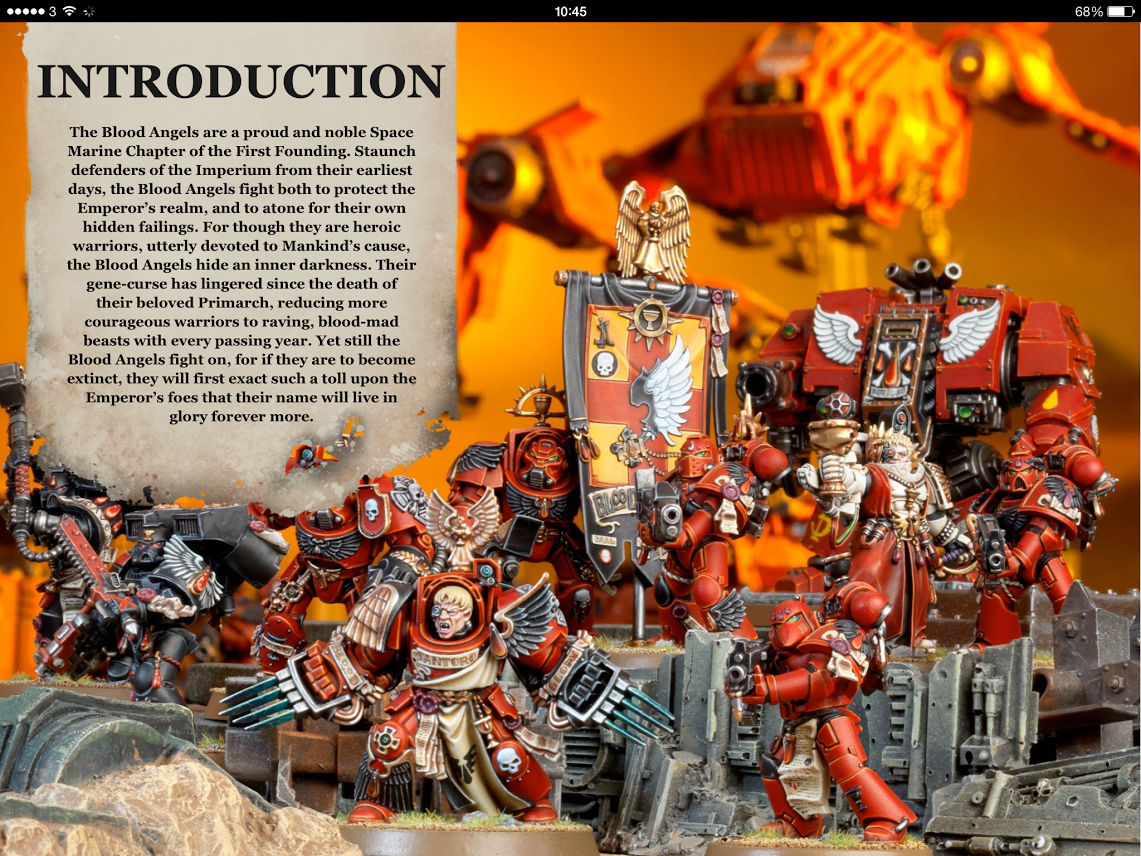 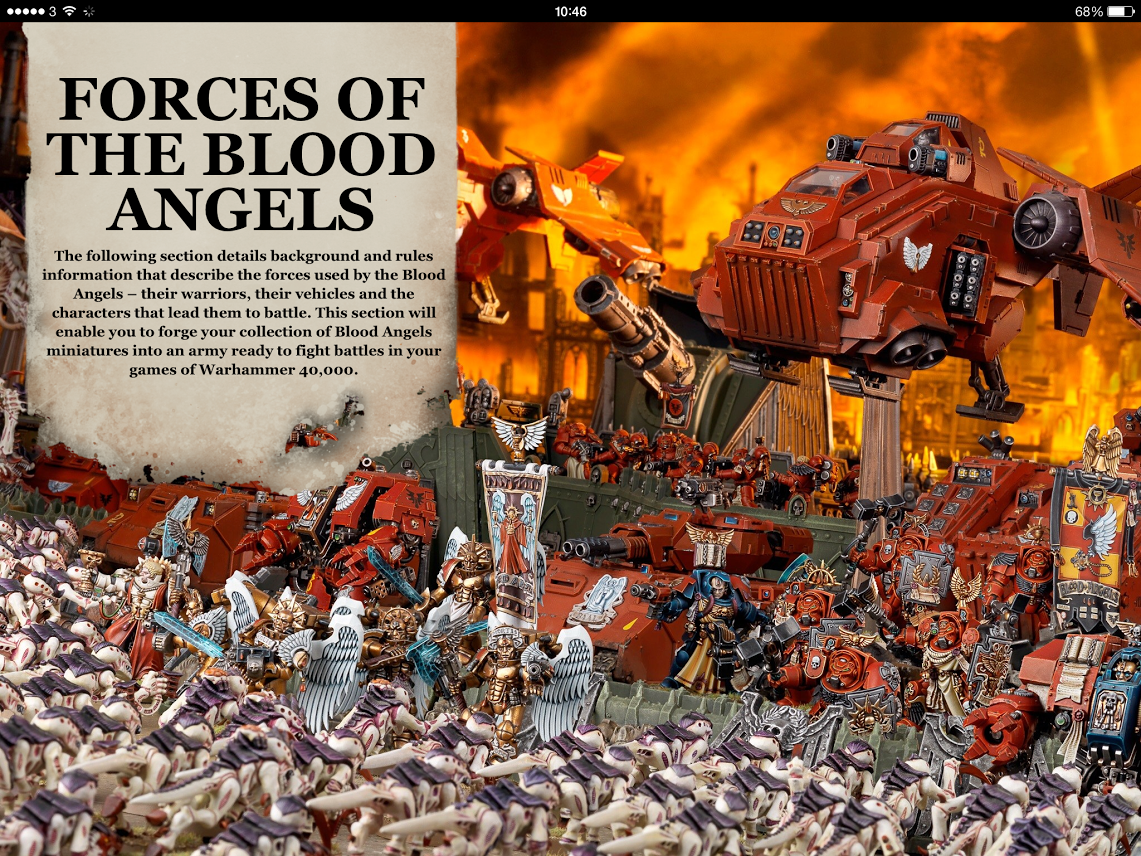 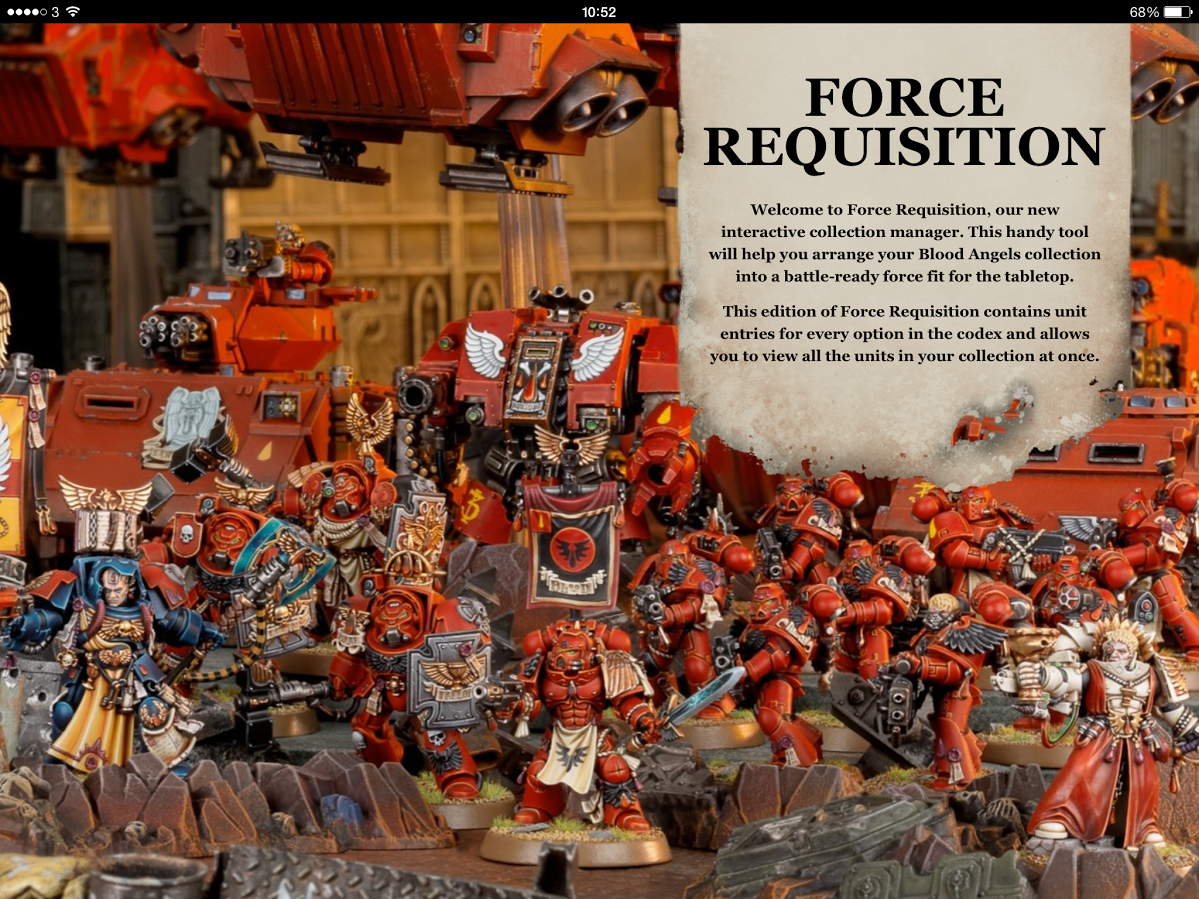 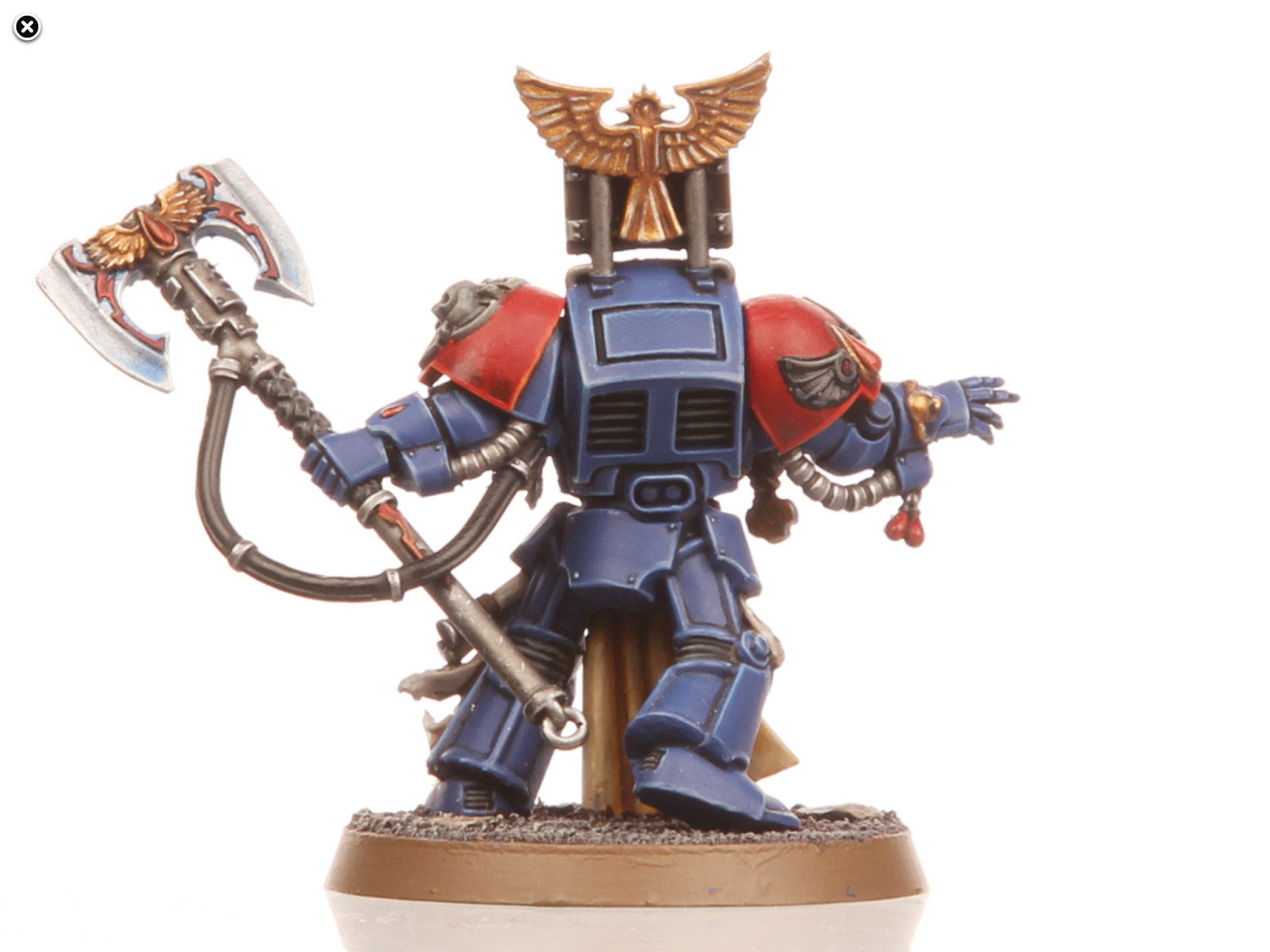 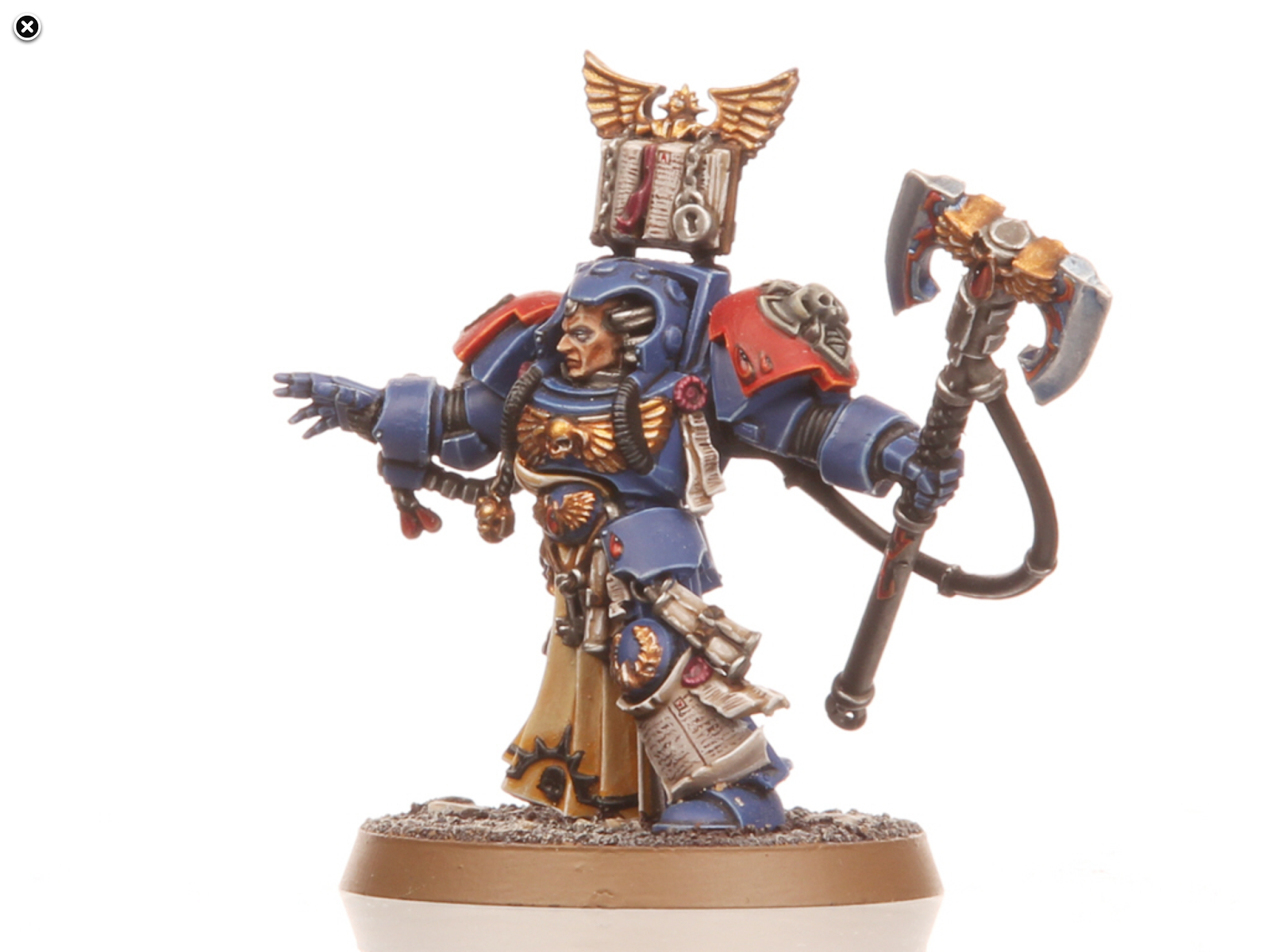 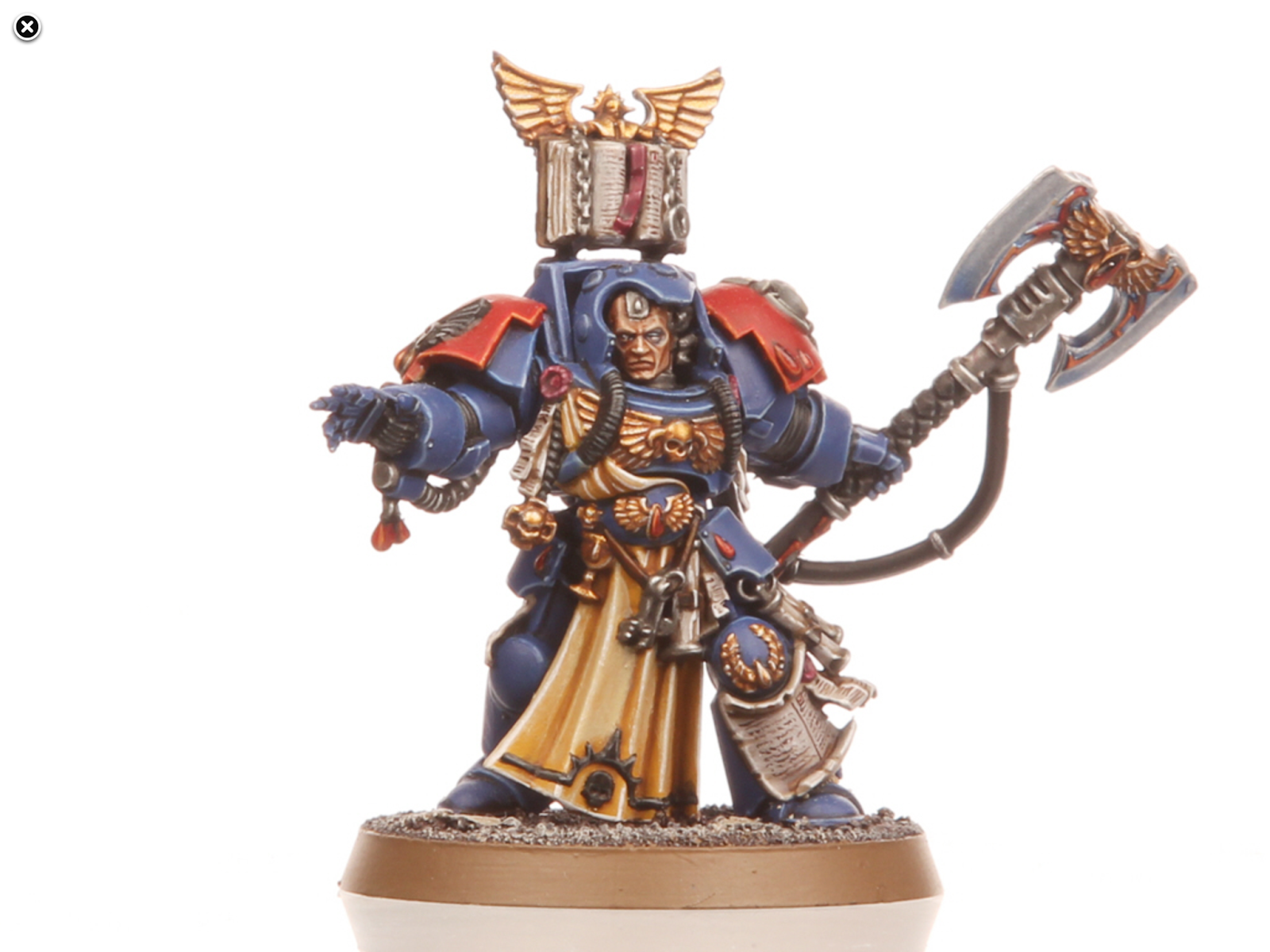 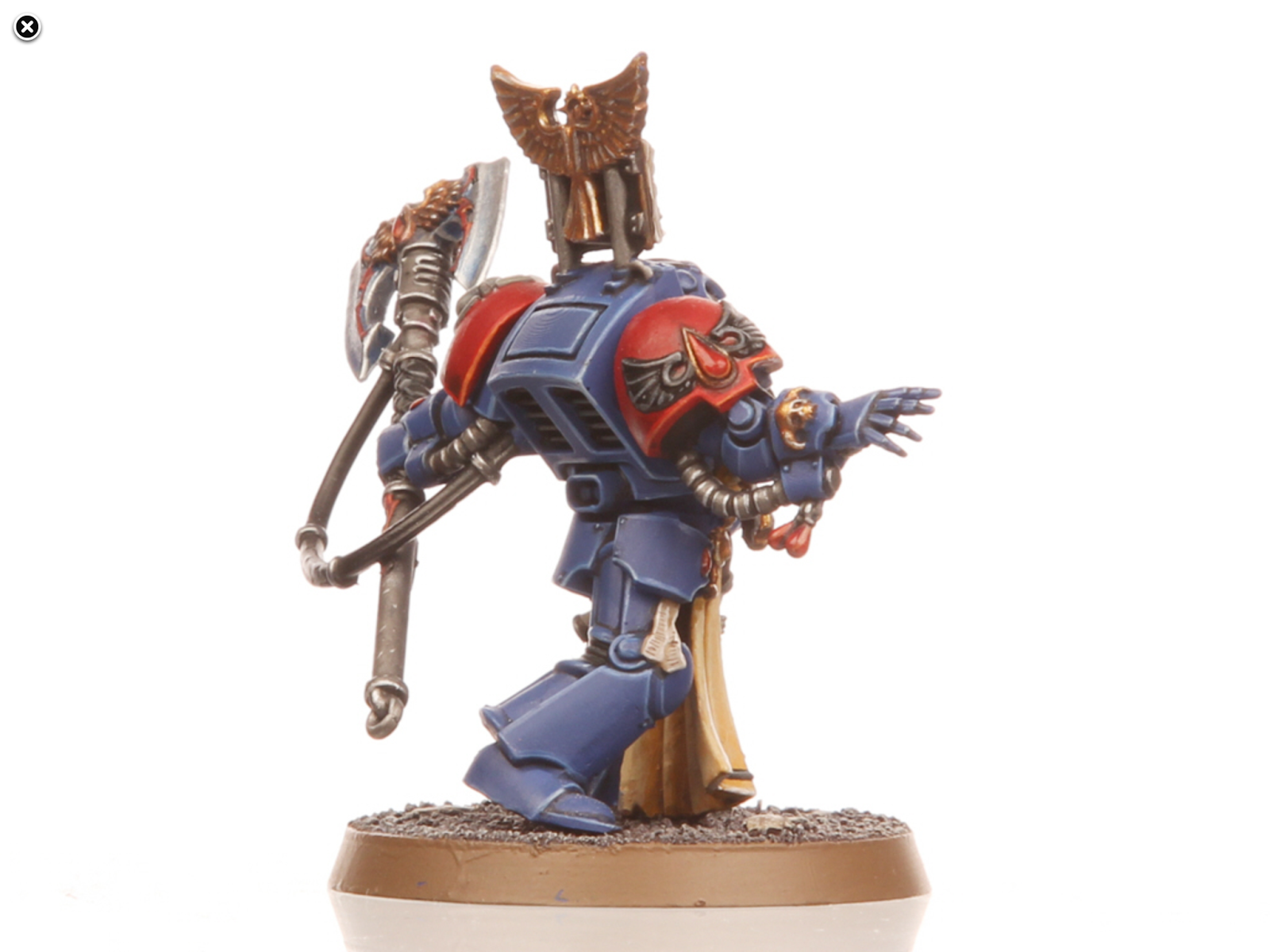