The upcoming White Dwarf leaks appeared a little earlier than usual (late last week) and showed a brand new Blood Angels tactical squad. It was also revealed that we would also be recieving a new Sanquinary Priest (plastic clam pack), BA Codex and some more Hobbit releases including Smaug himself. Well we have even more leaks for this time showing the new priest miniature as well as the prices for all of the upcoming Blood Angels / Hobbit releases.

The Sanguinary Priests looks nice but is nothing to get too excited about. The new Blood Angels kit is great though. It's always nice when GW expand their range of chapter specific parts and Blood Angels have been lacking for a long time now.

The images can be found below: 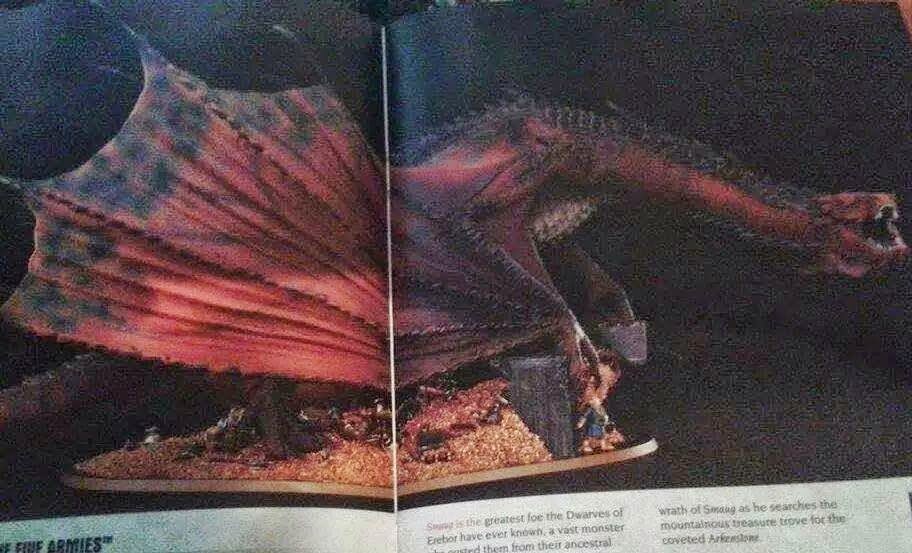 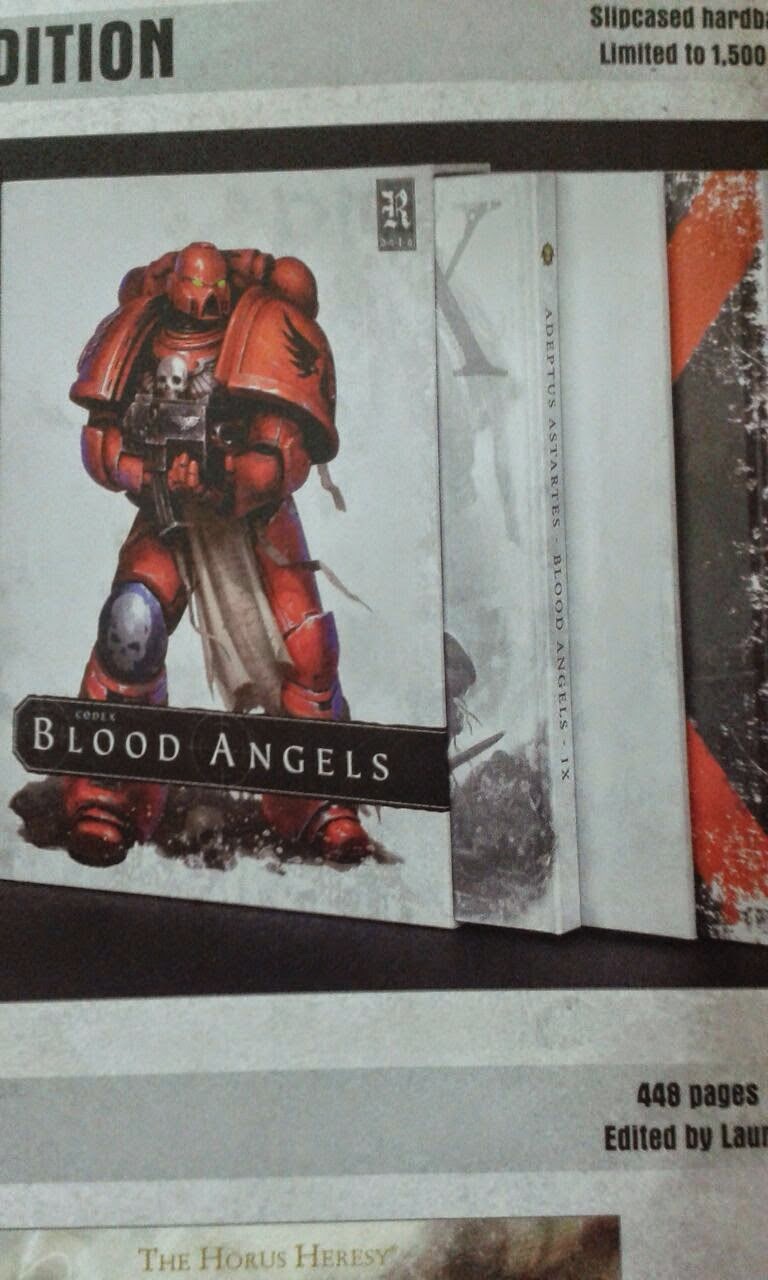 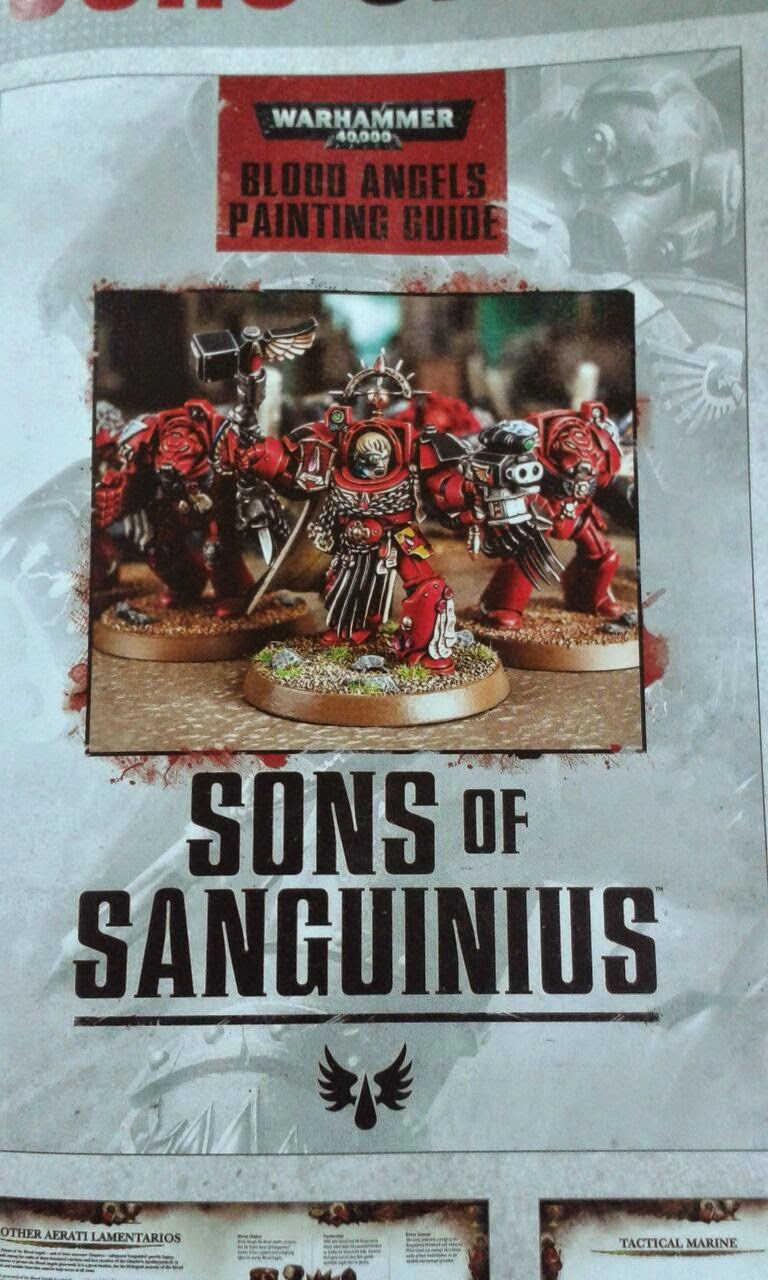 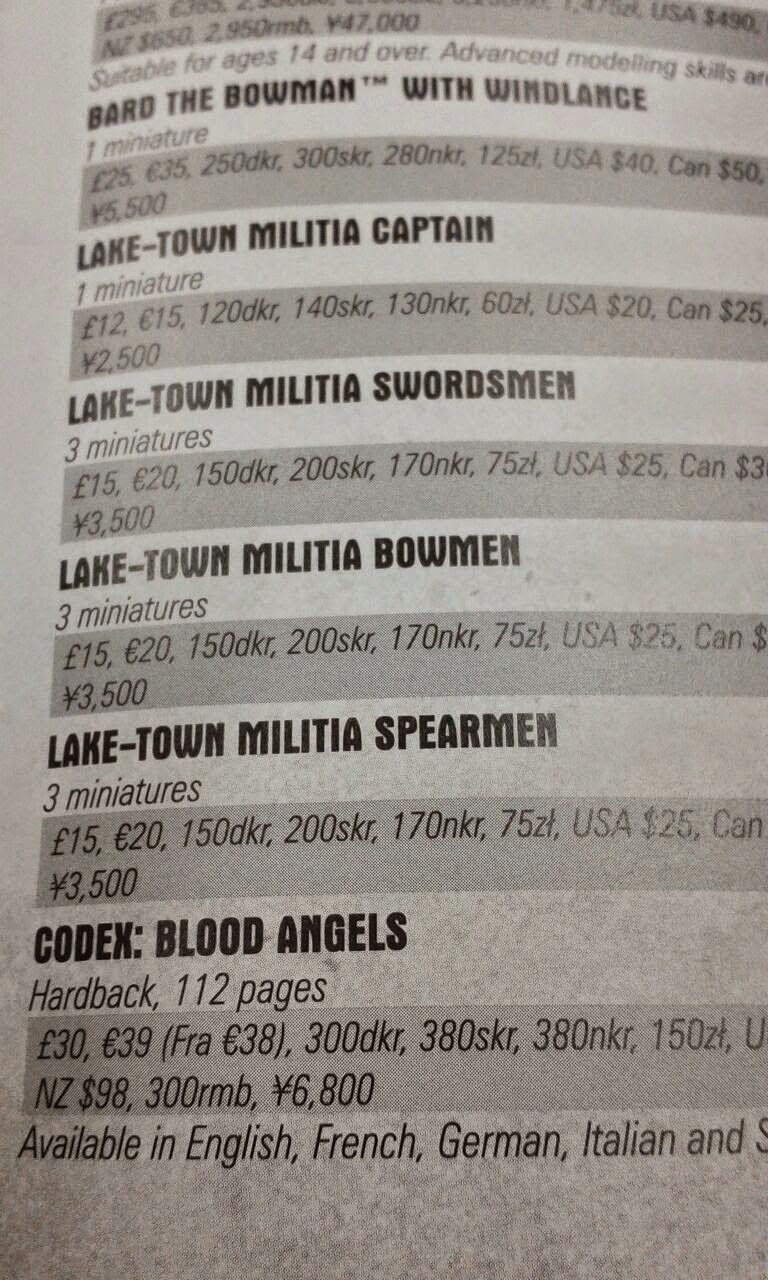 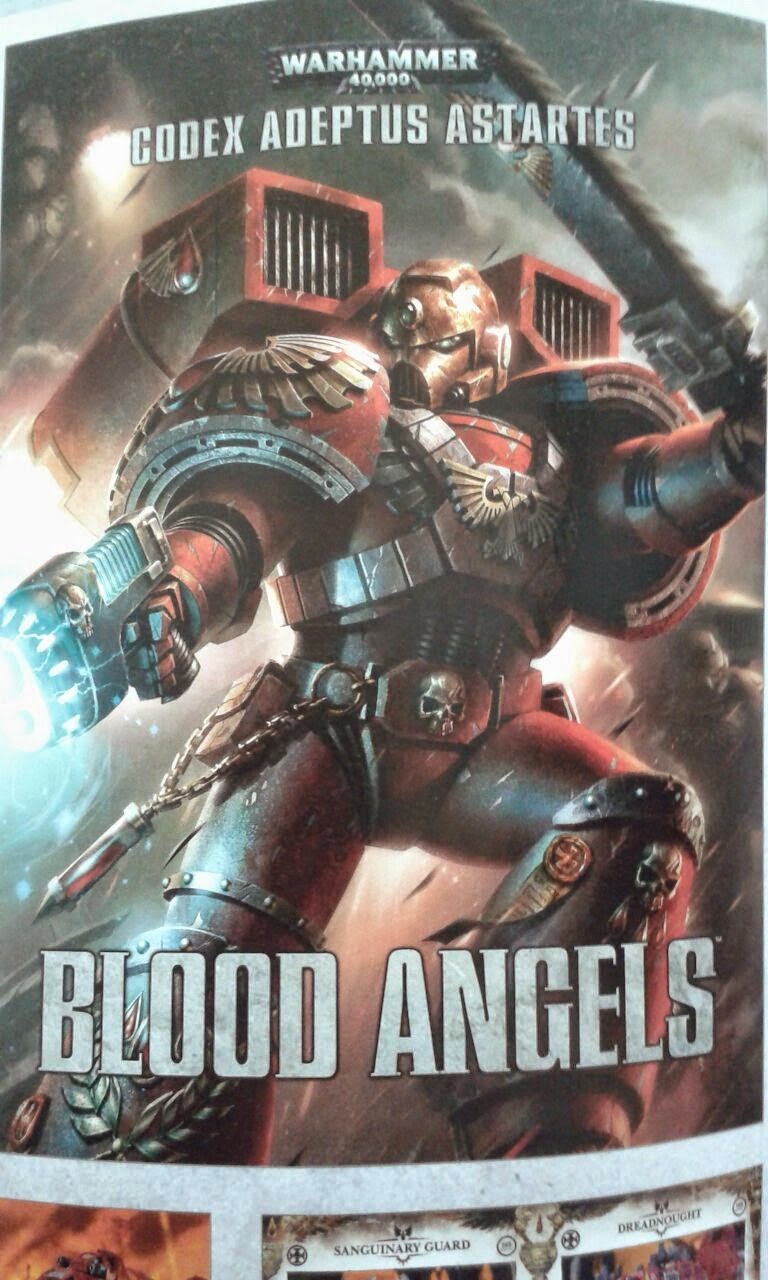 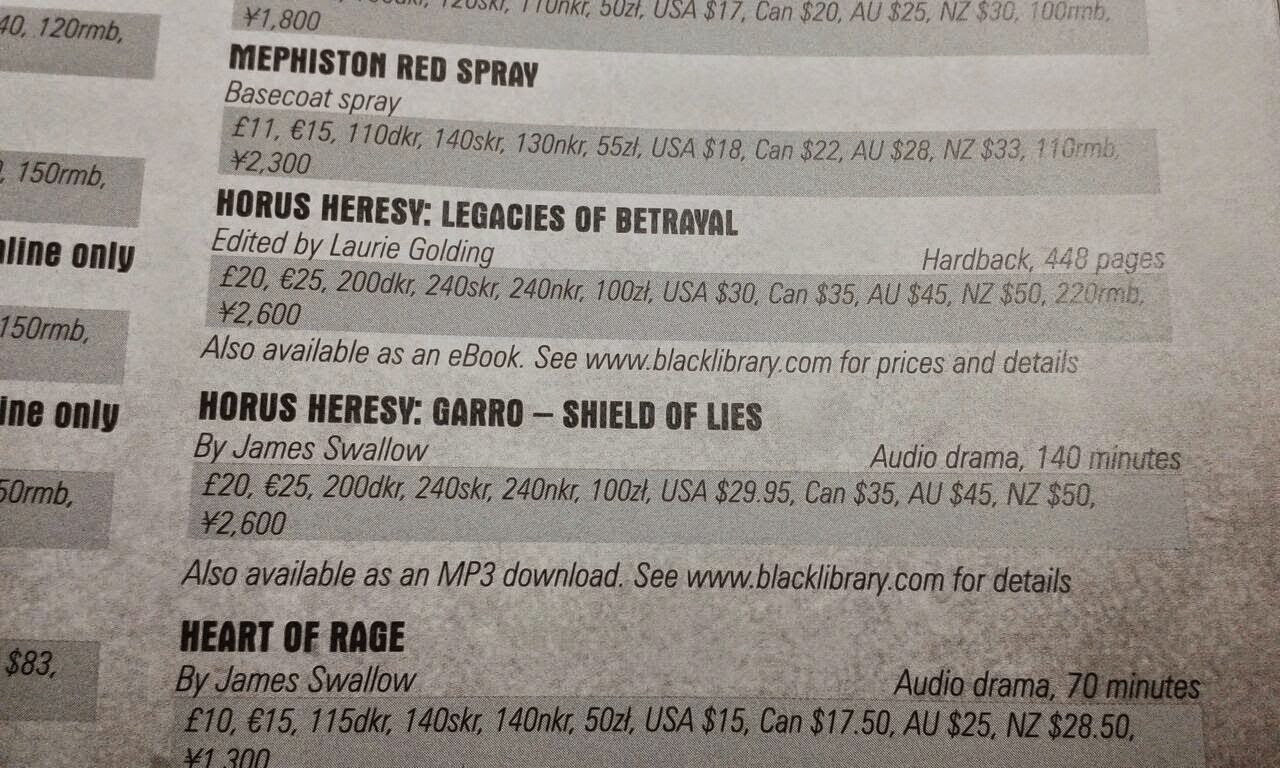 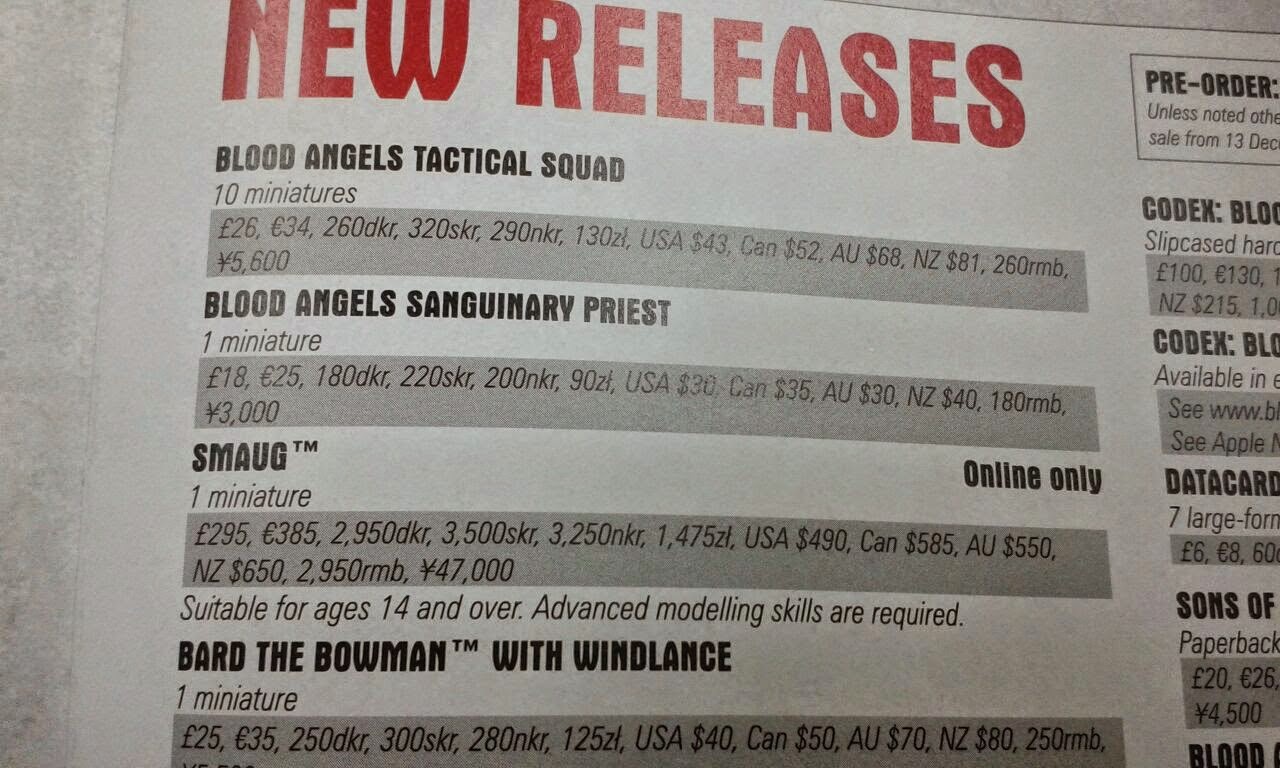 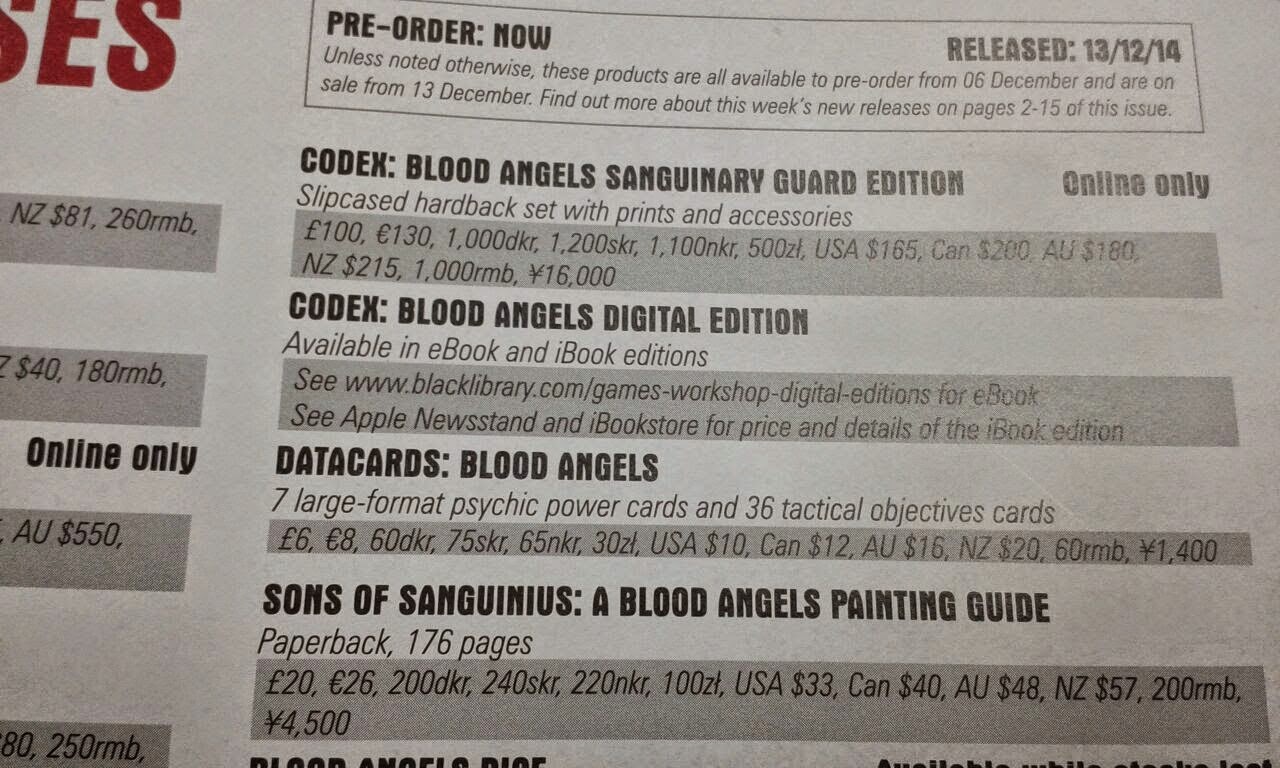 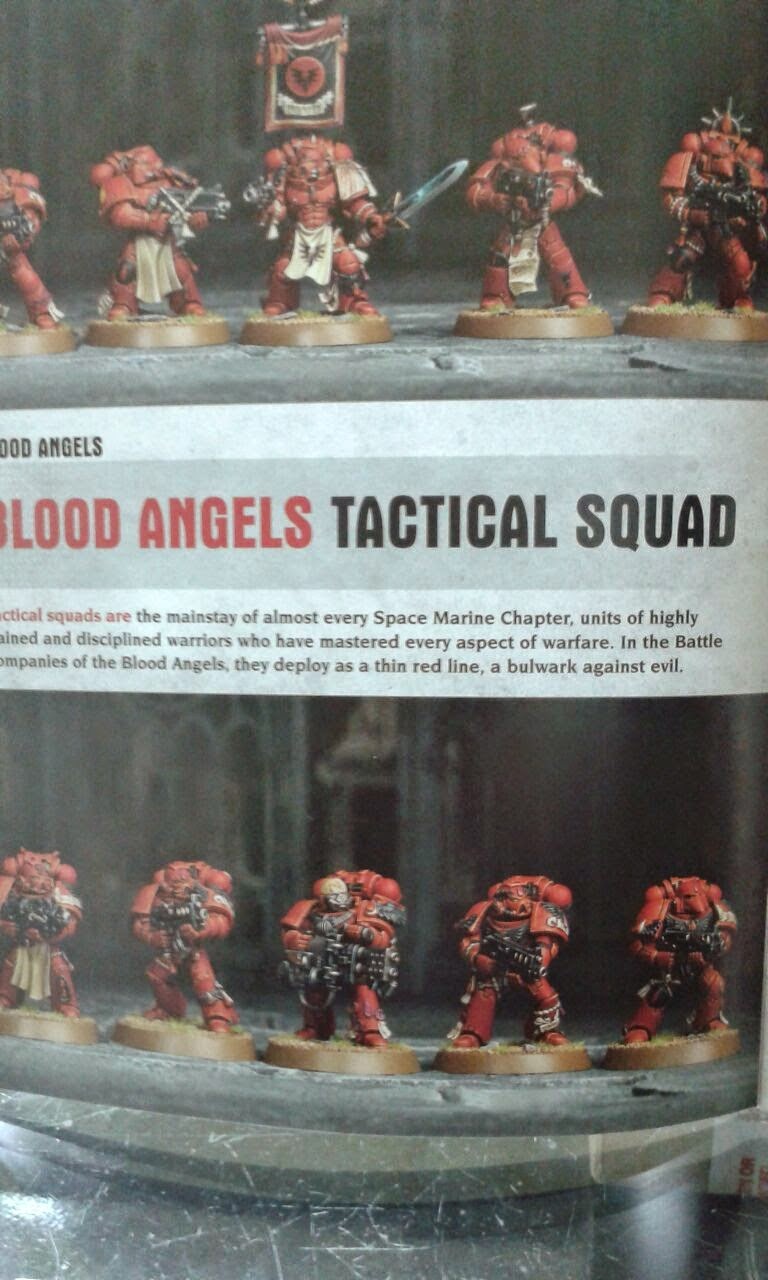 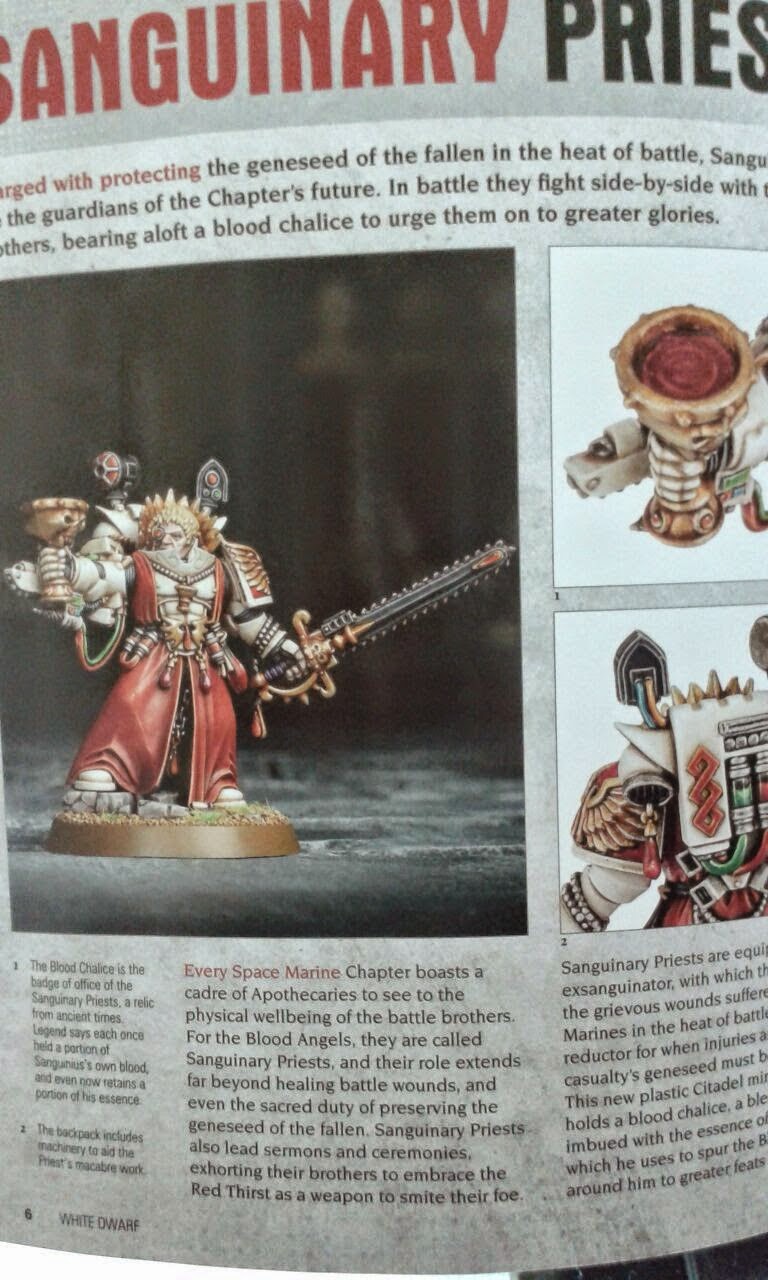 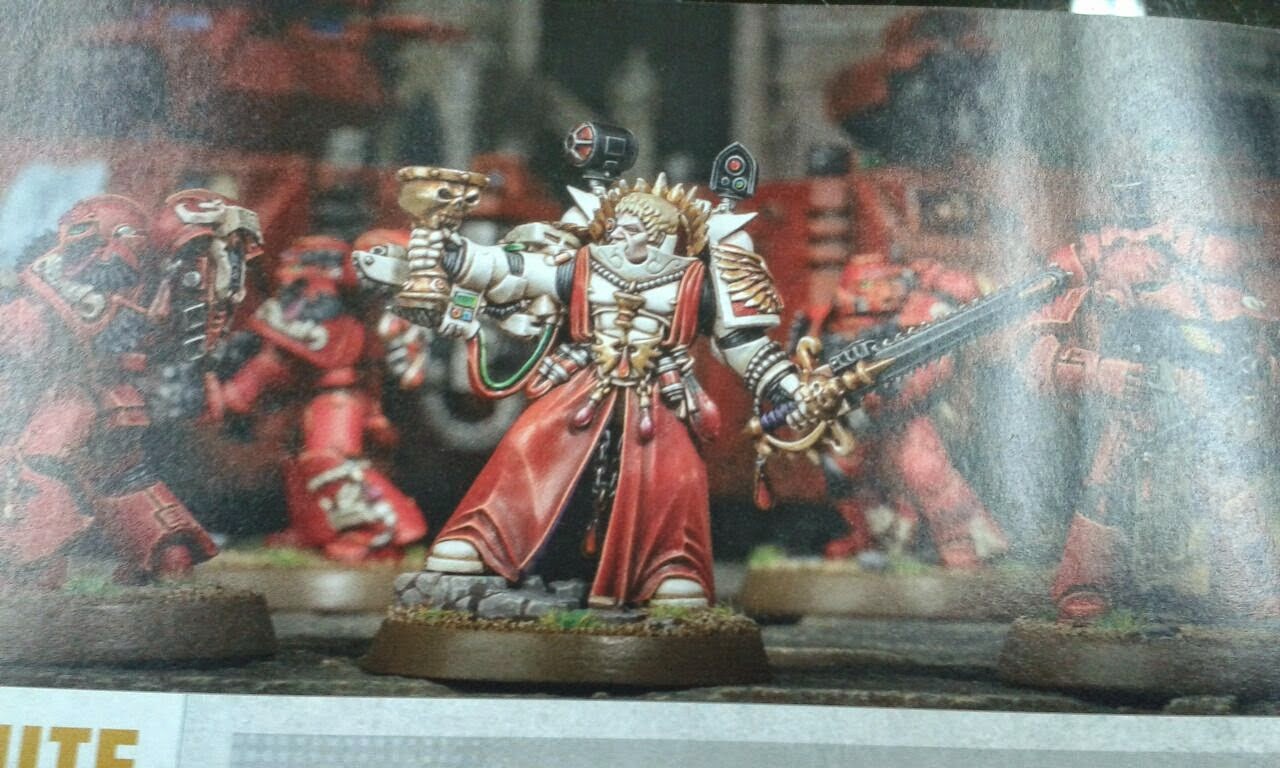 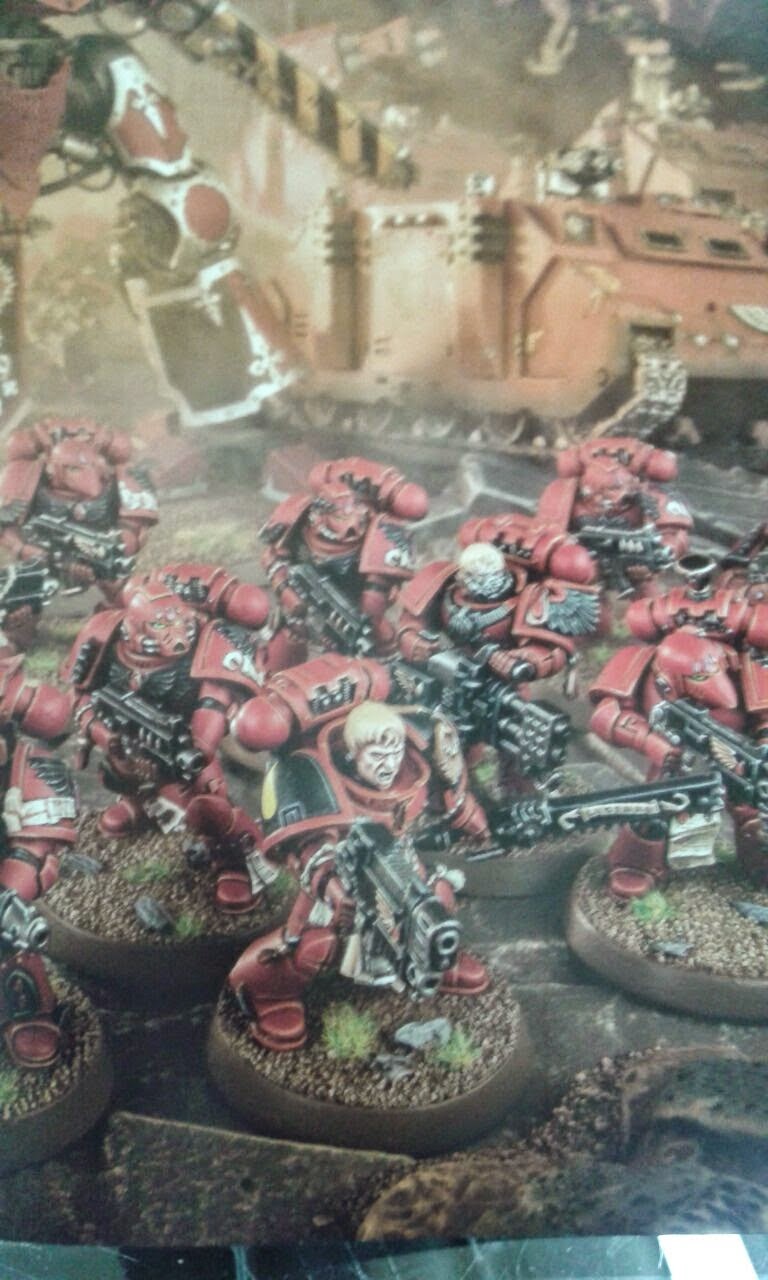 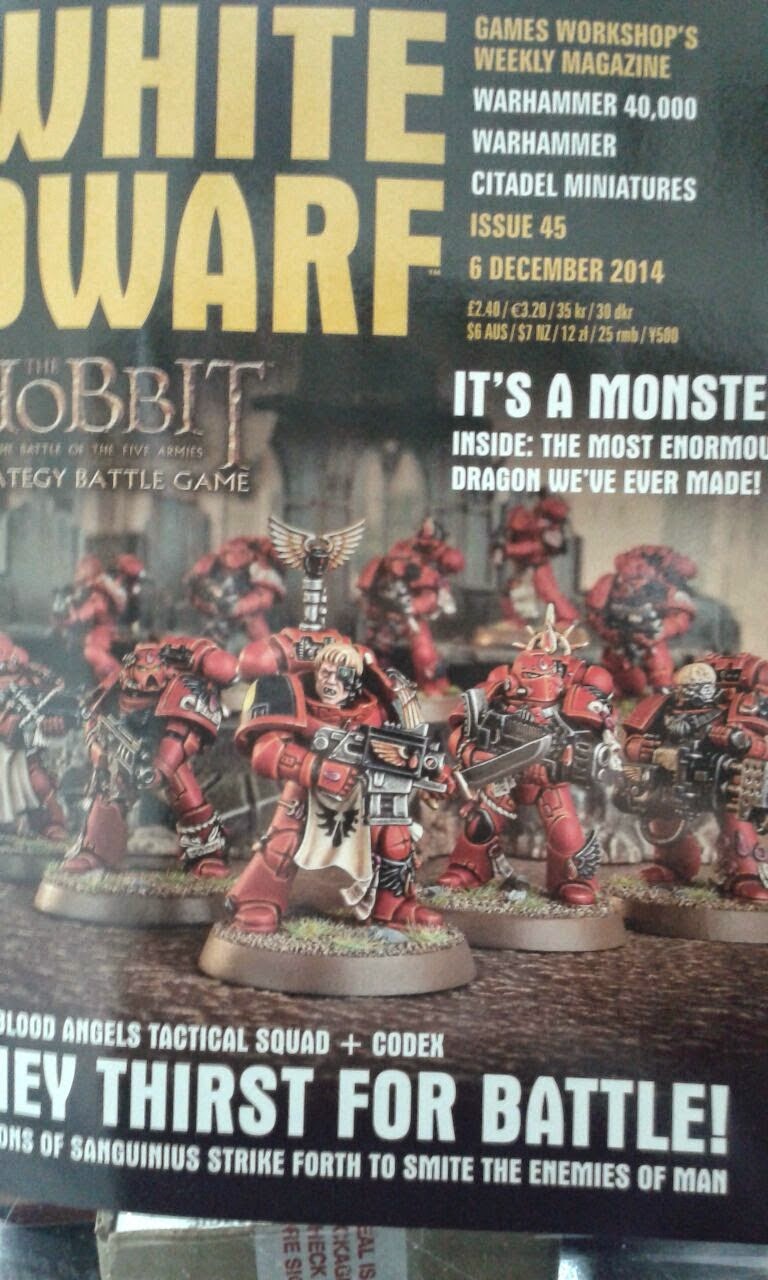