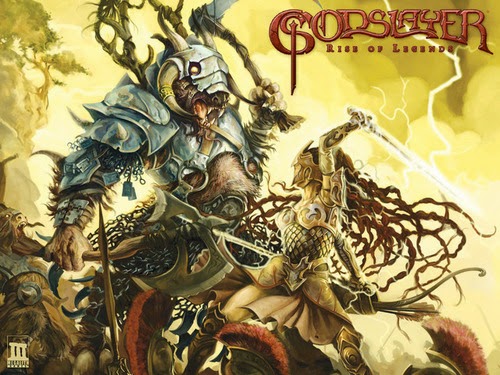 We previously looked at and gave high praise to the Banebrood faction starter for the game Godslayer, so we had high expectation for the Halodyne starter set.

The Halodyne faction is inspired by ancient Greece and greek mythology, combined with a healthy dose of fiction, which should make for some interesting miniatures.
So without further ado, let's dive into the unboxing! 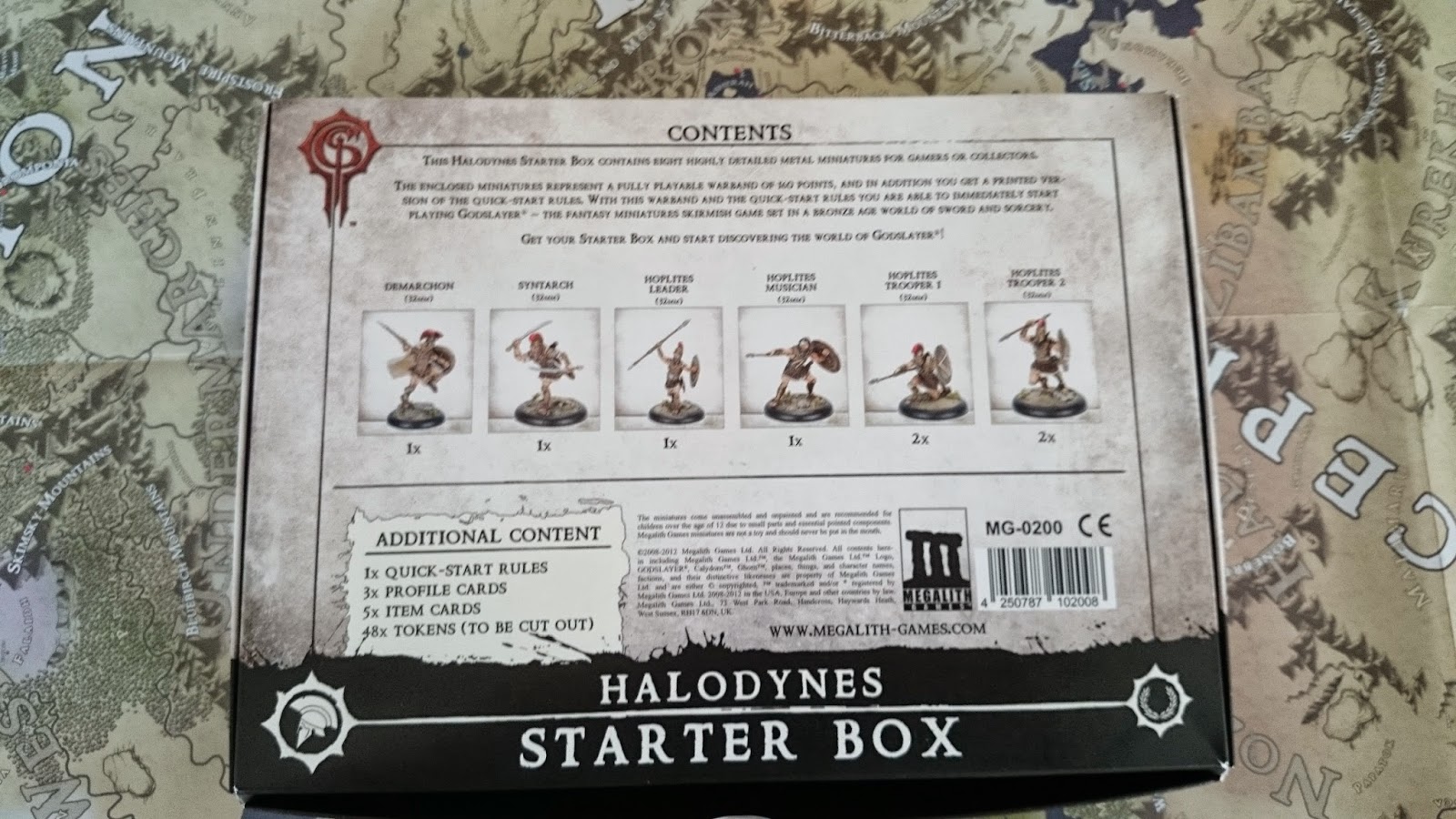 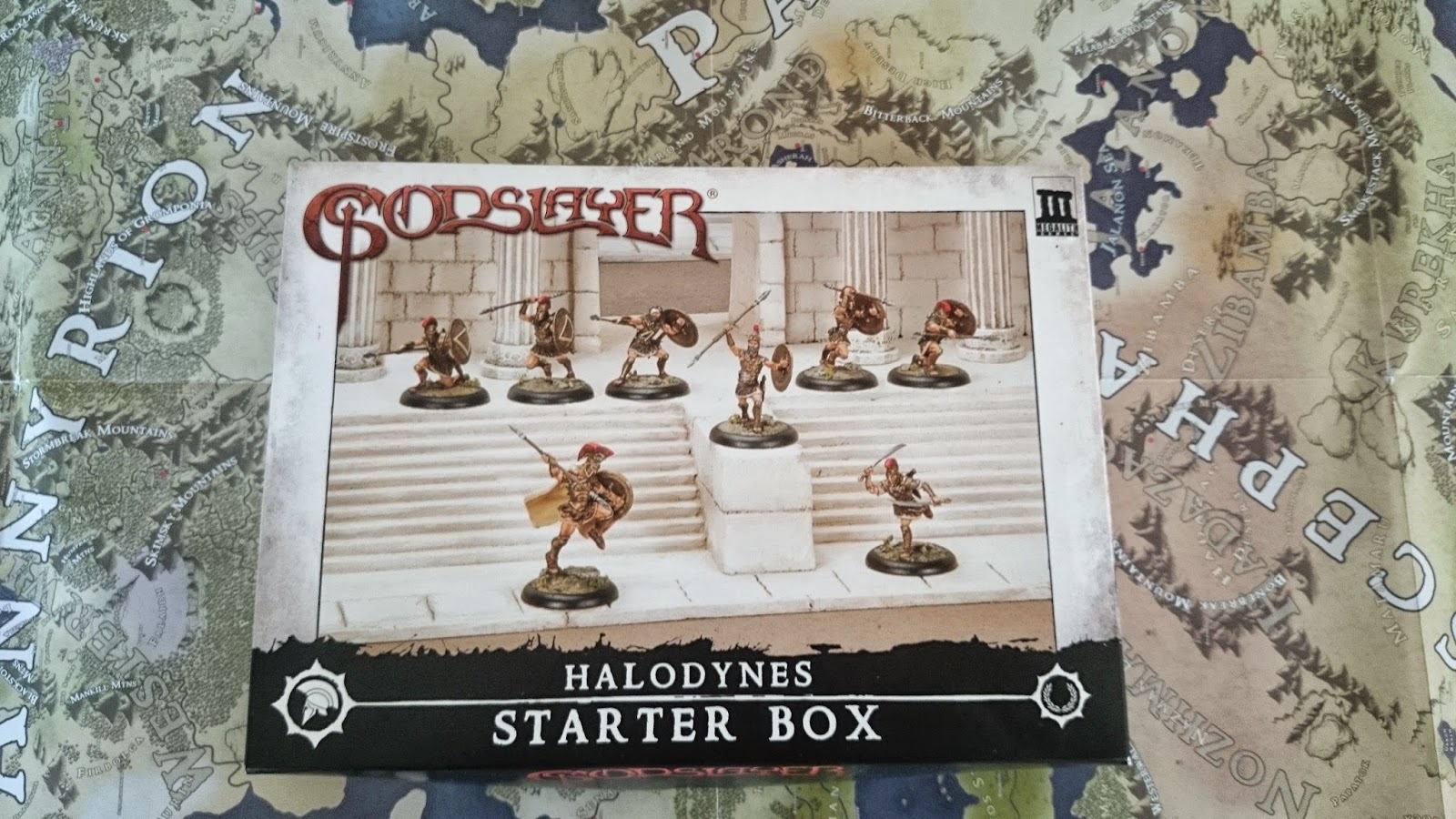 The box contains 8 models, stat cards for the units and items and a load of tokens and some quick start rules, all packaged in a handy box.


The minis comes in small plastic bags, protected nicely by foam. The models are cast in metal, which will make some plastic aficionados moan and while the metal models has a few problems (more on that later), the details are nice and clear and are great casts. 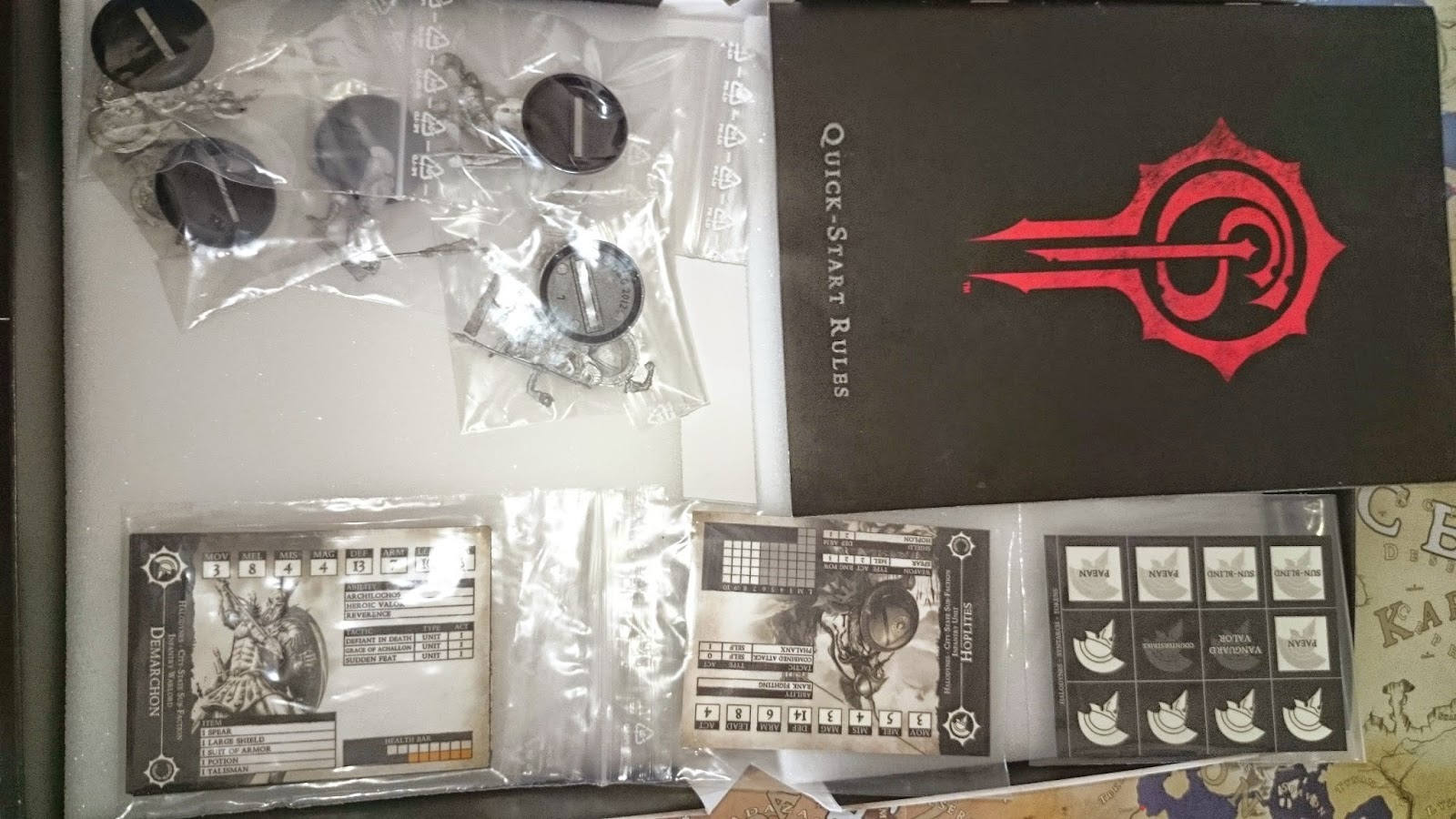 I must admit, I got a 300(the movie) vibe from the minis, they look badass, plain and simple and every mini has loads of character. The unit of hoplites, a basic troop option, all have very dynamic poses with just enough detail to look great and be fun to paint, without drowning you in sheer detail.


In the game they are a great unit, able to take a beating and dish out a fair bit too, especially when  buffed by some very useable special rules. 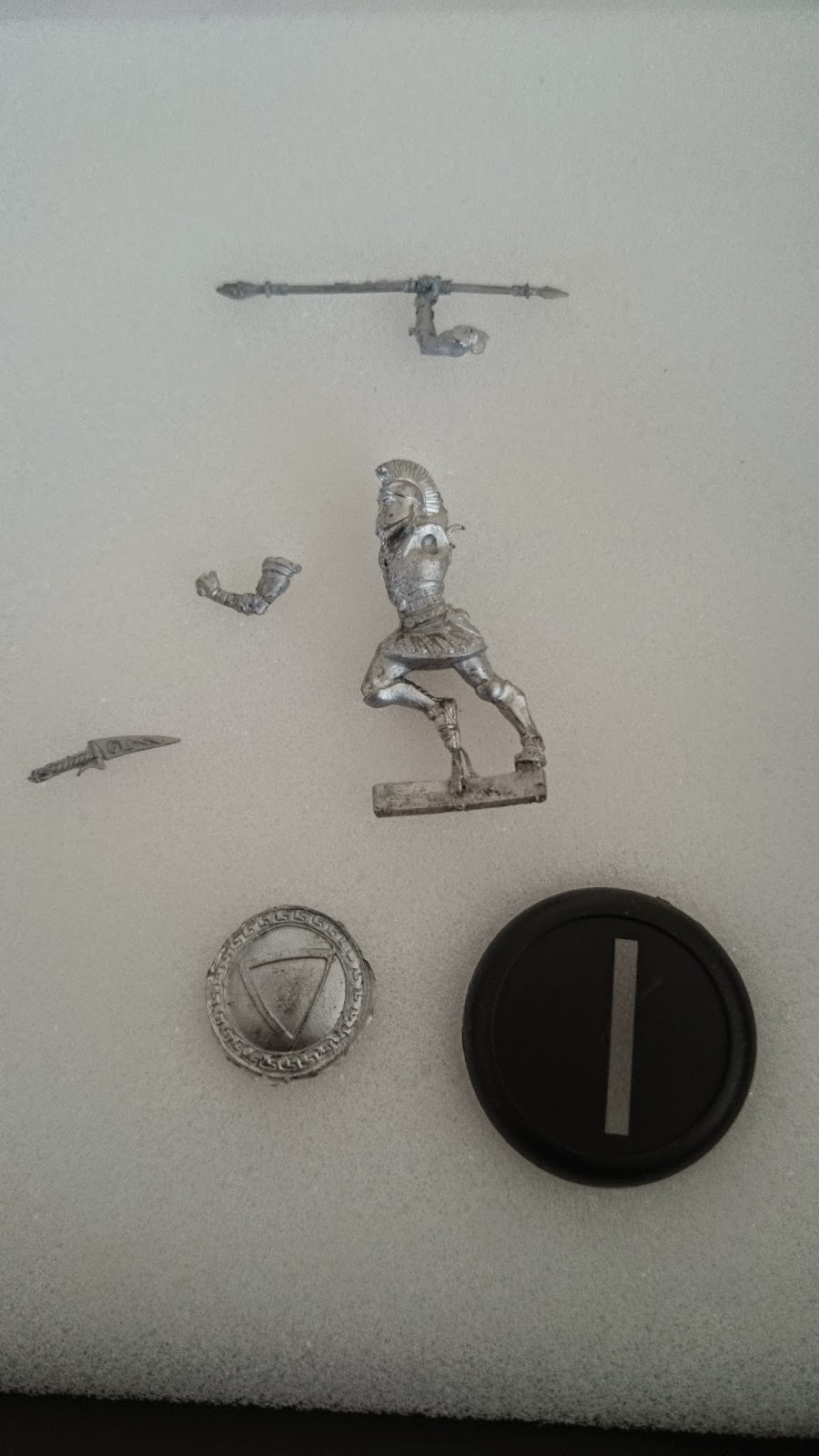 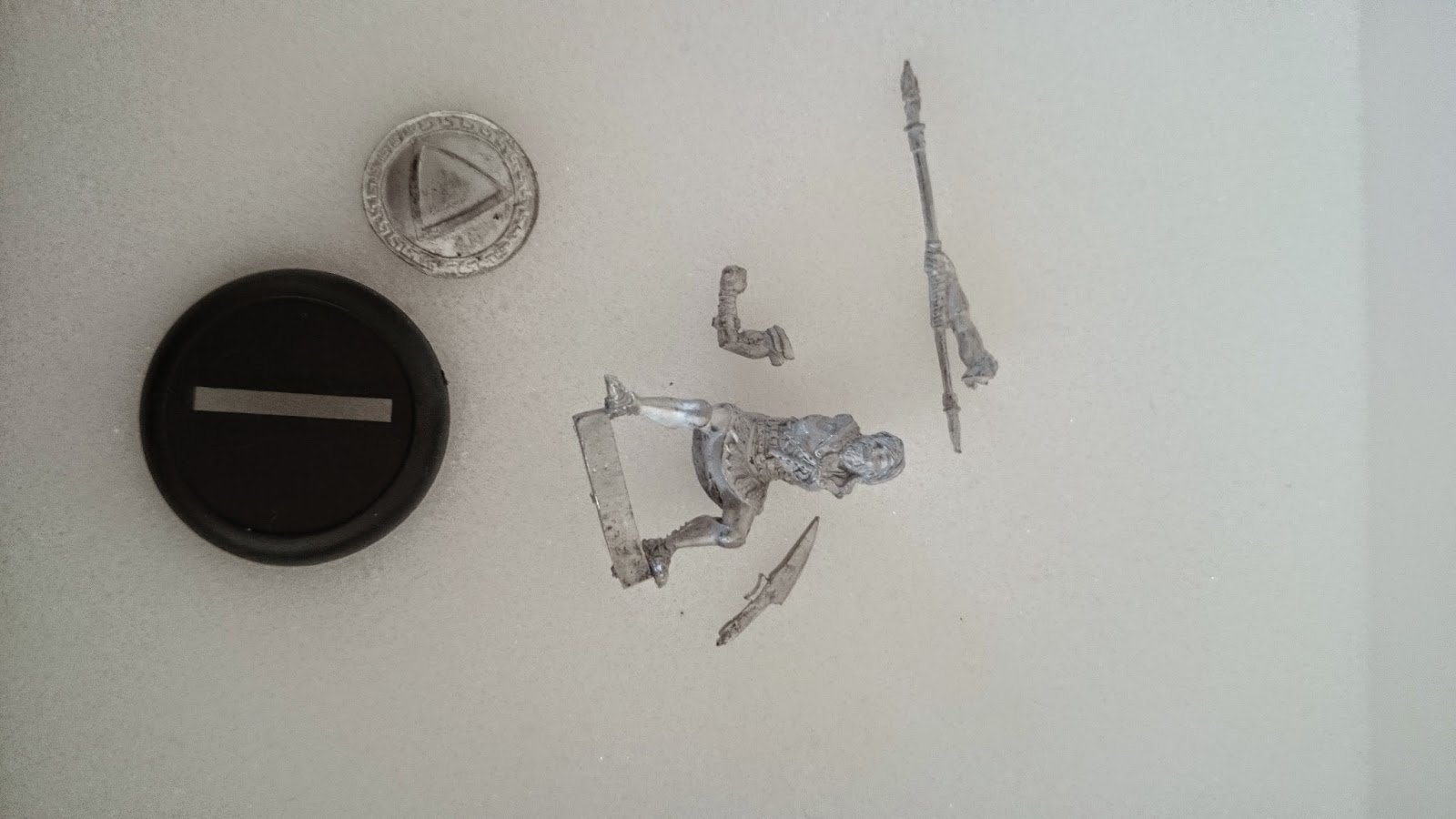 As might be expected, they are very disciplined, able to form a shield wall and capable of striking enemies from behind the ranks of their fellow soldiers.

As with the Banebrood unboxing, I quickly found my favorite model and while the all look good, the Demarchon is an extremely nicely sculpted and posed miniature.
The pose makes him look like an action hero, frozen in time, just before he struck an unfortunate foe.
He is a decent combat character, but his greatest strength in my opinion, is his ability to command and buff his fellow soldiers. 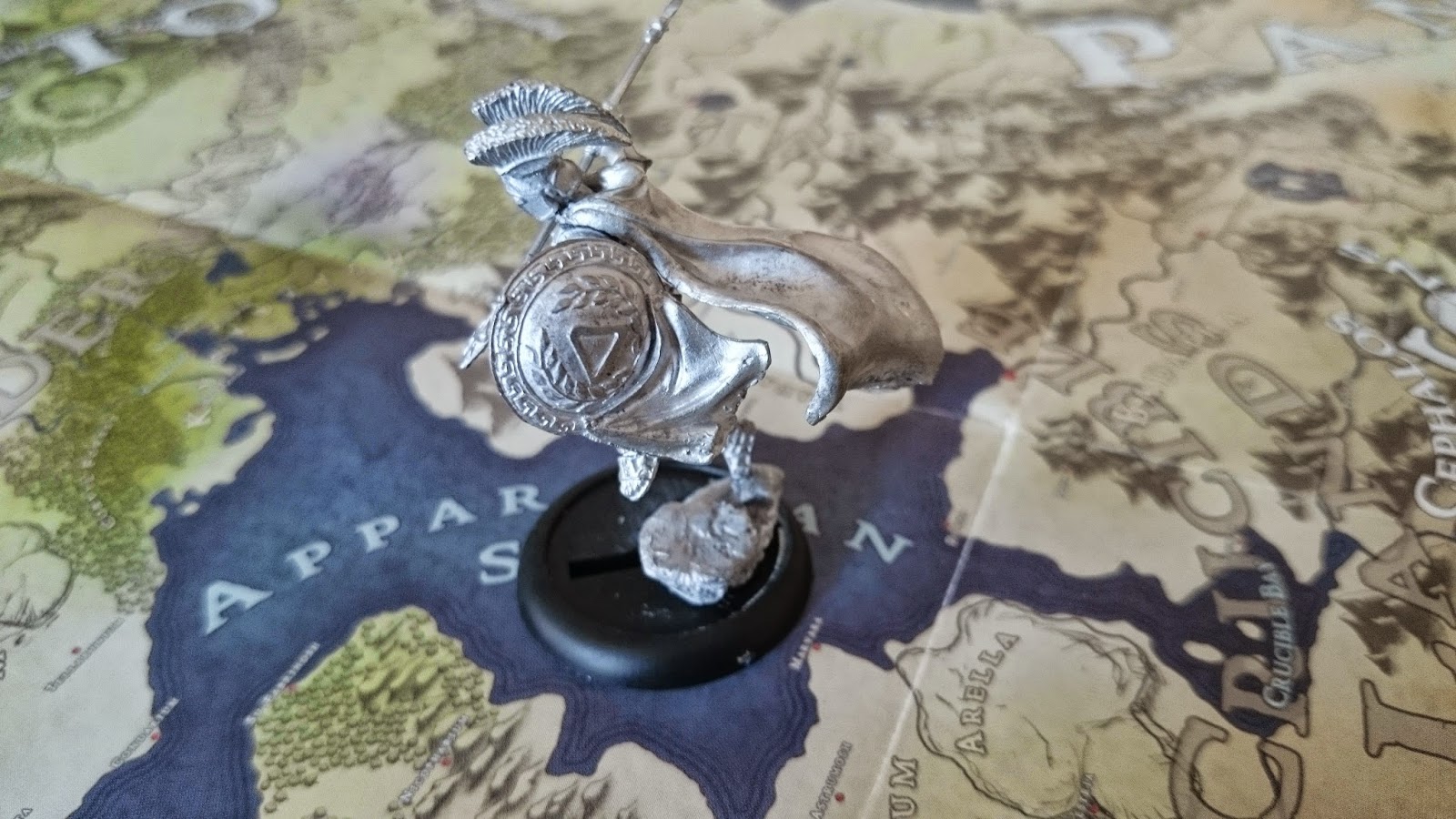 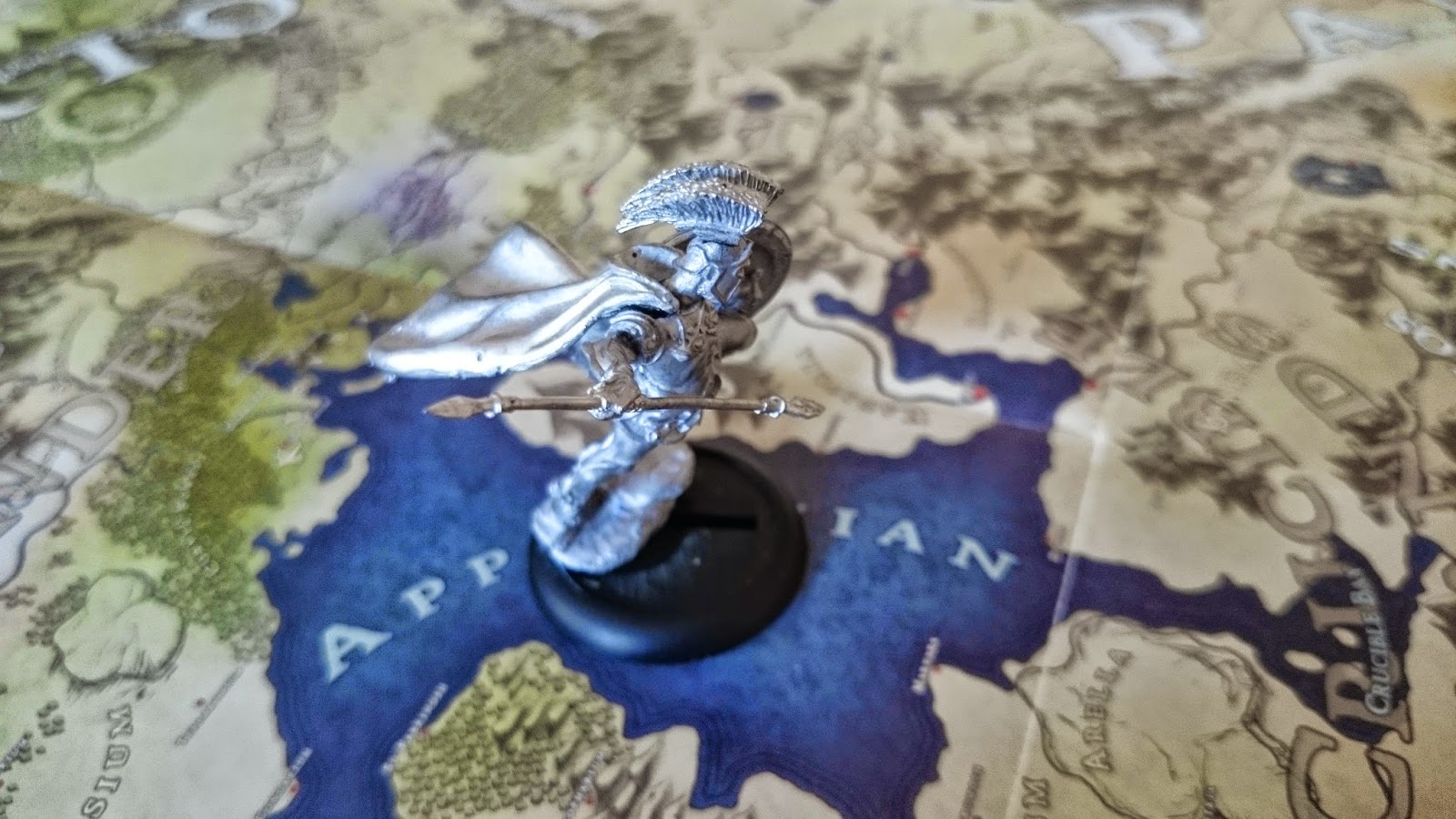 Finally we have the Syntarch, which is a mix of melee brawler and support unit. He works best in synergy with the hoplites (or other troops) and provides some handy two handed combat stats.
Like the rest of the bunch, it is a nicely sculpted miniature with a great flowing pose. The details are decent but again, not too much, not too little. 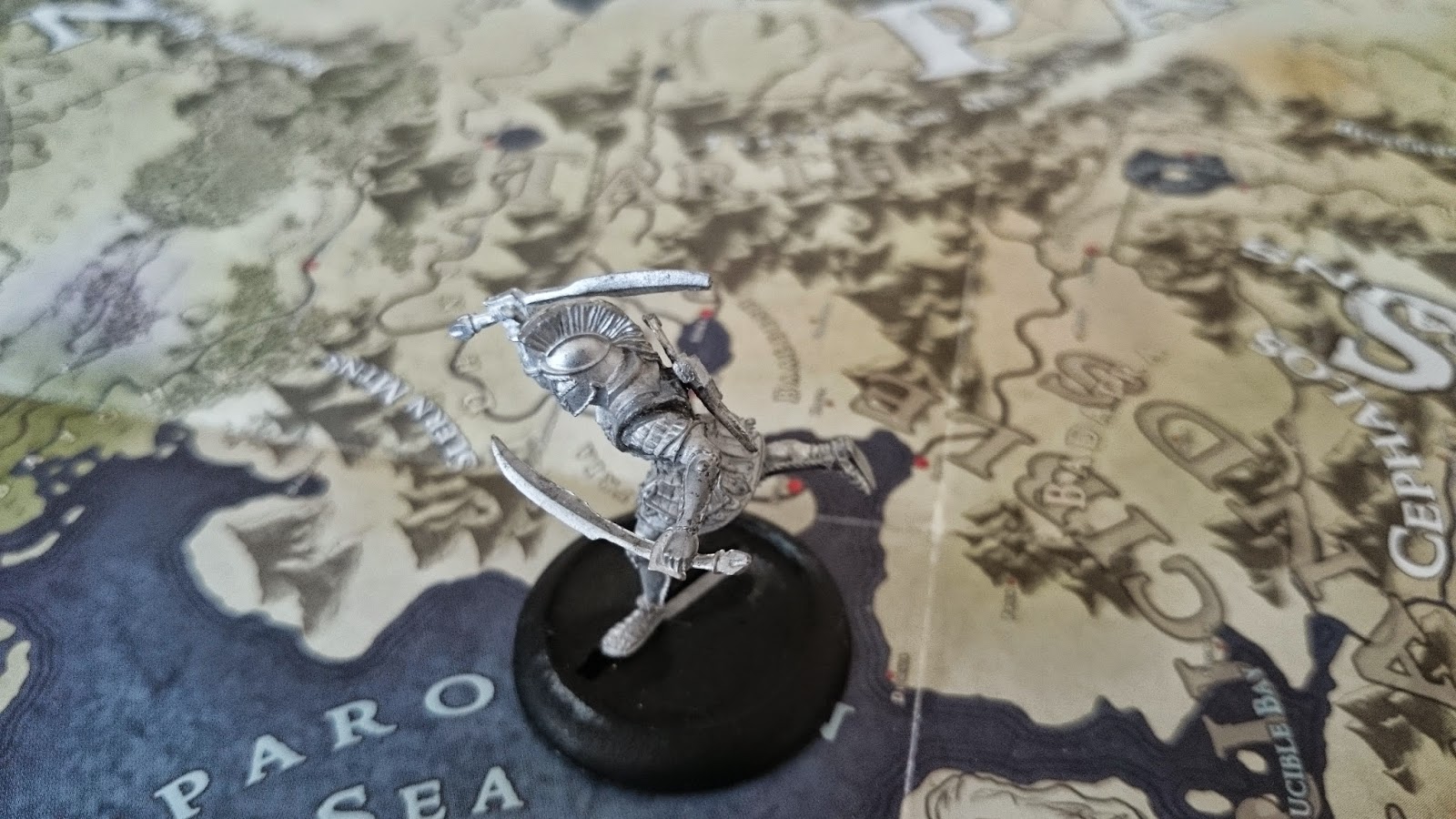 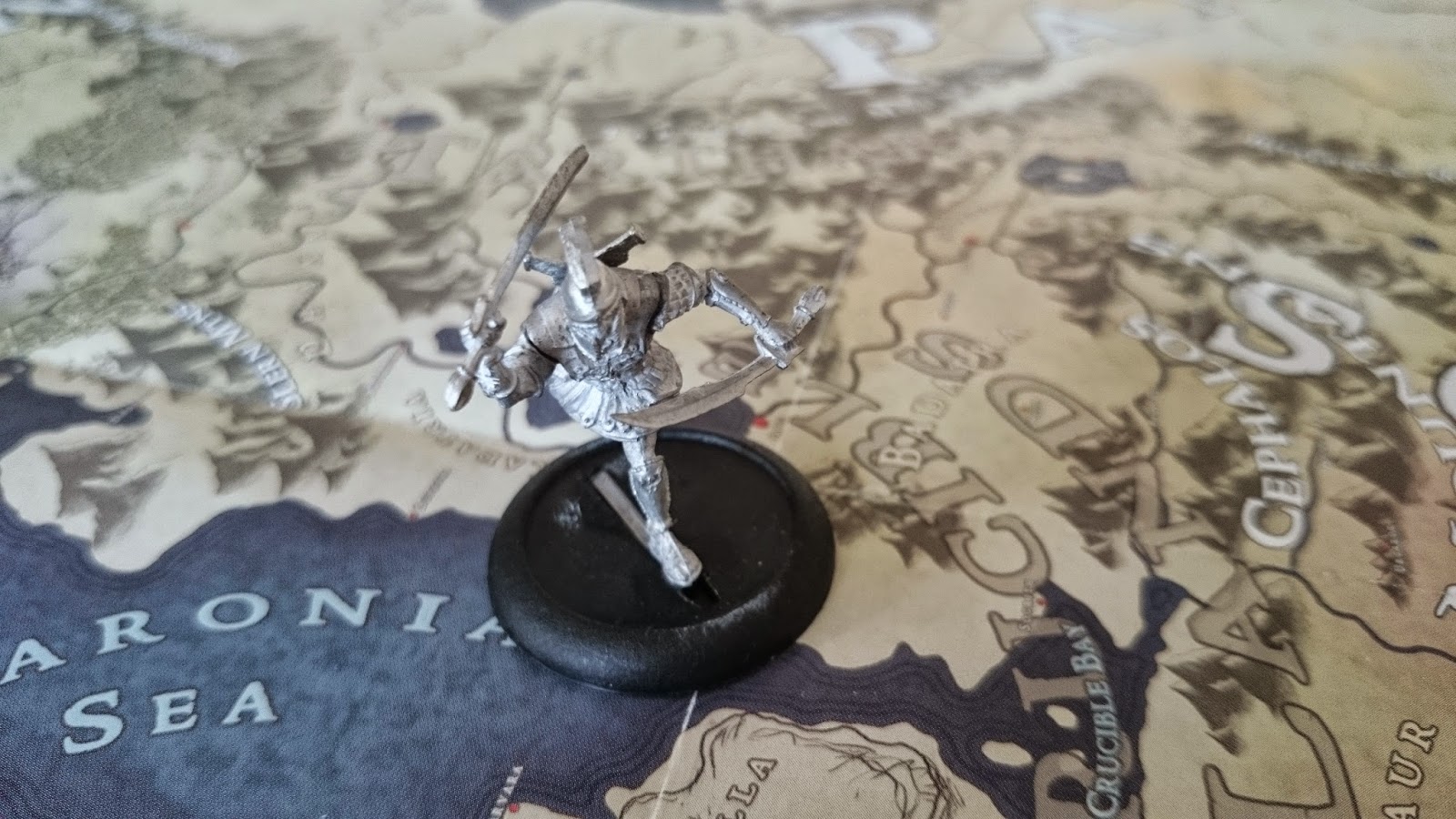 He was my least favorite of the bunch, but that is just a purely personal preference(I do like my ancient greeks with spears and shields).

Now, lets talk a bit about the metal and how the miniatures go together, but before we do that, you need to know a personal thing about me.
I got big hands and big,  almost doll like,  fingers, which makes the mere fact that I can hold a mini or a brush without cramming or crushing it, one of the little miracles of everyday life. 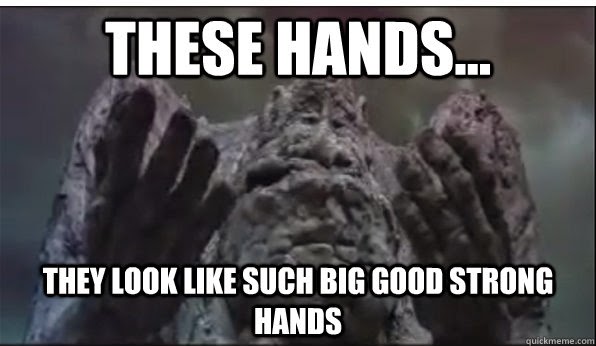 With that in mind, I hope you can understand why I had some difficulties putting the models together.
They are very delicate, with tiny arms and heads which do require a bit of cleaning.
After some hurdles and gluing my fingers together more times than I care to admit, the models did go together rather nicely though. The metal is quite soft, so some of the thinner parts like the spears and swords are very bendy requiring a great deal of care, when playing or transporting the miniatures.
I can't see how Megalith-Games could solve that specific problem and I would rather have the spear bend than break, but it is something to note nonetheless. 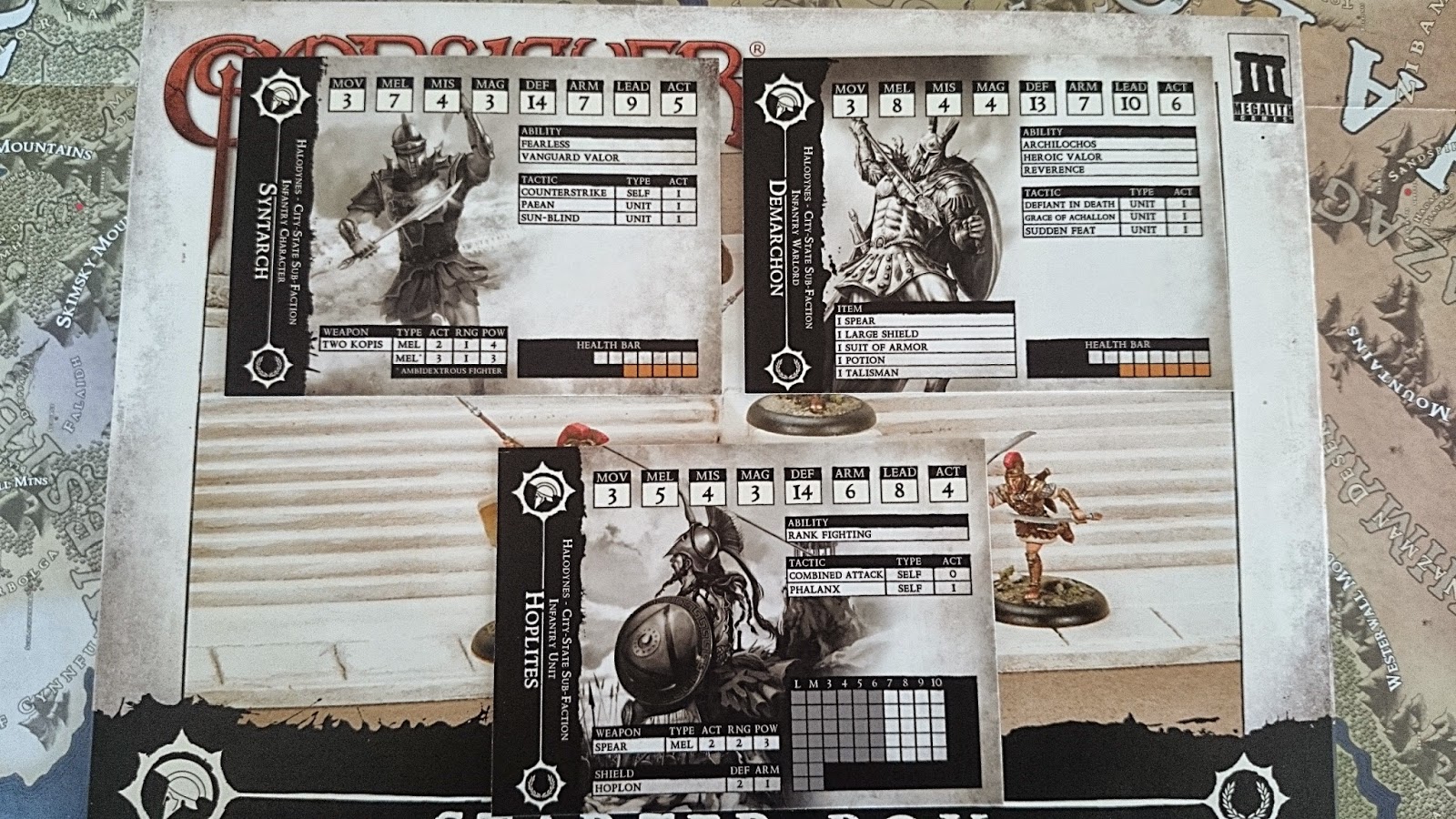 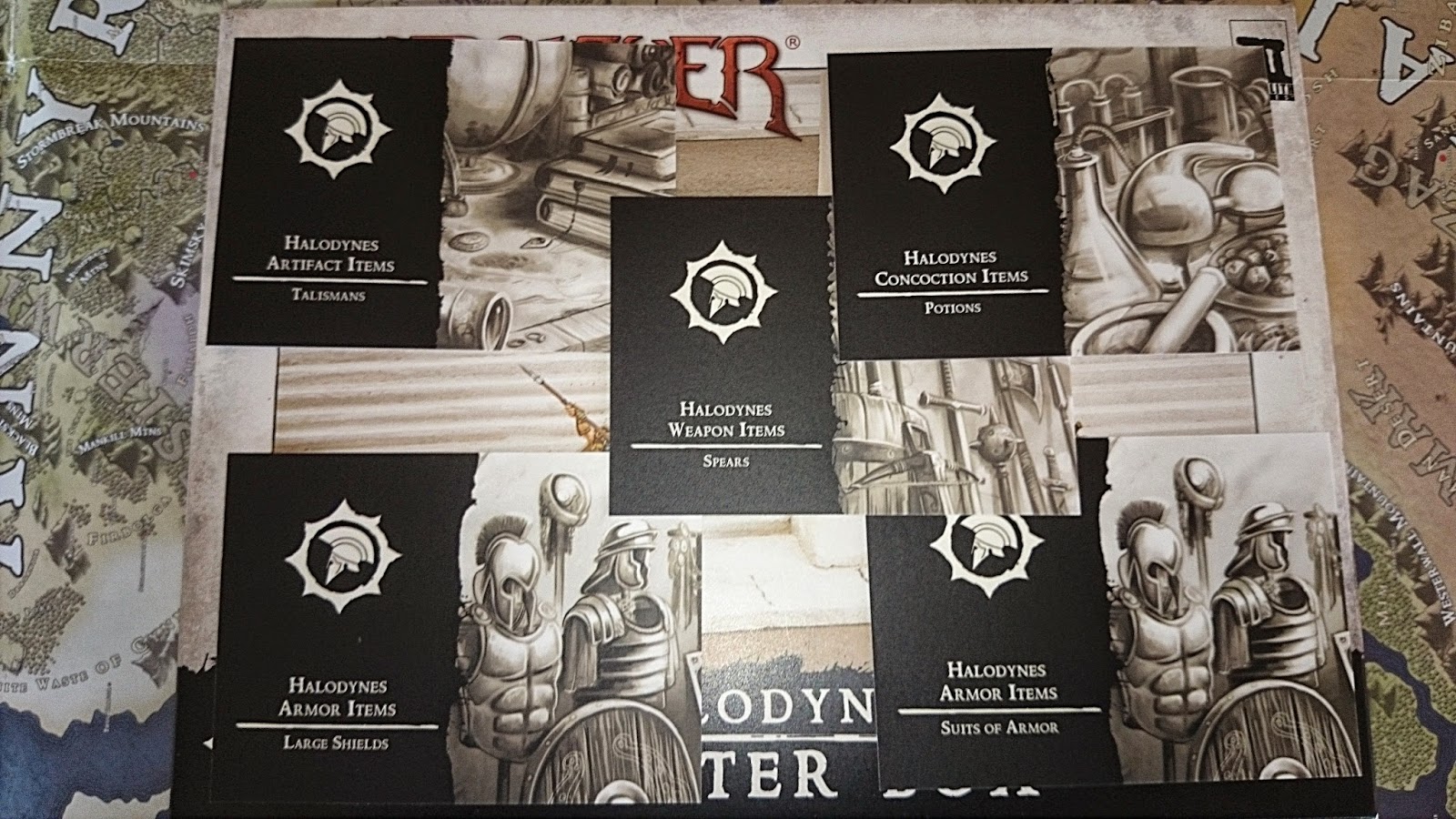 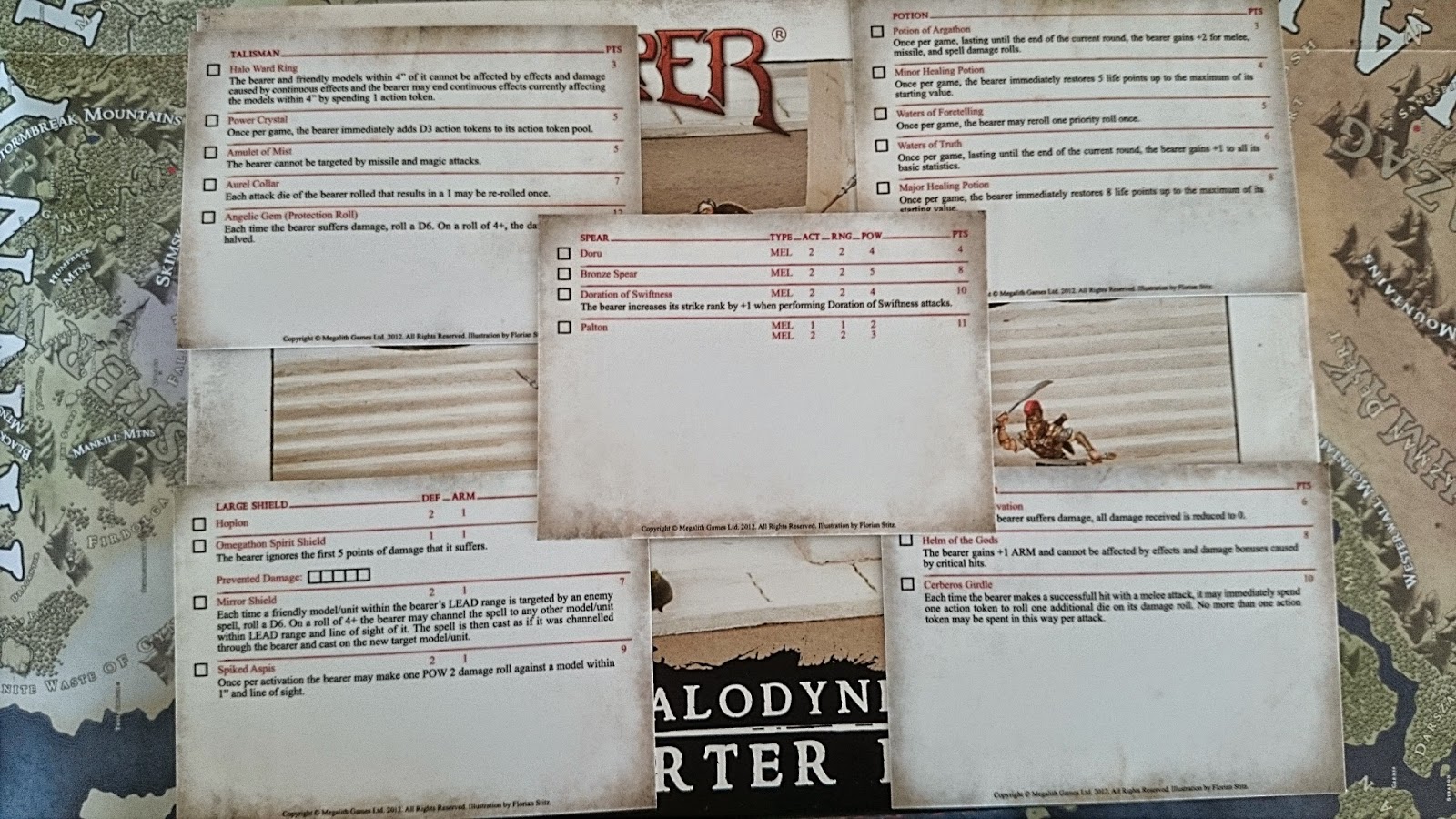 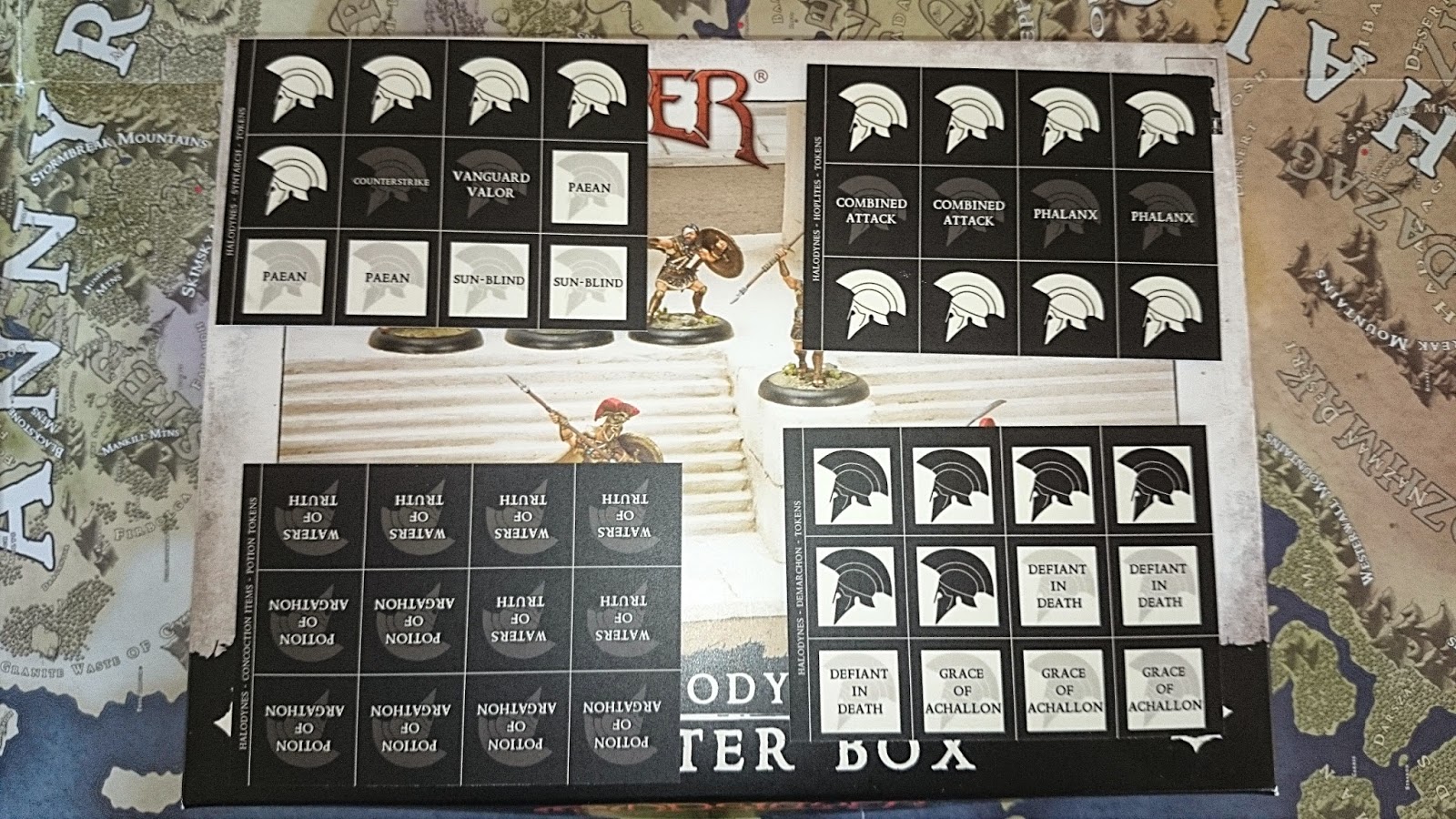 With the minis done, let’s move on to the stat cards. Godslayer uses stat cards for units and items and the game expects you to use a marker pen to mark of which items you have equipped your leader with and how many hitpoints your models have left. This works great in the game and the cards are laminated so they can take some abuse. I do recommend some plastic sleeves though, just to keep the cards alive even longer.

All in all, this is a great introduction to Godslayer and one of the better starter sets out there and while the provided quick start rules brings some fast paced games, I recommend you either download the full rules(available for free) or buy the full rulebook.
By Unknown