TUTORIAL: How to Paint A Mars Attacks Martian

You may remember my review of the Mars Attacks Miniatures Game from a few weeks ago and my promise for painting tutorials. This is me fulfilling that promise. Making use of the Army Painters fantastic range of Warpaints I have created a step by step tutorial on how to paint a Martian Grunt. I have created both a video and written guide so you can choose your personal preference, aren't we nice! 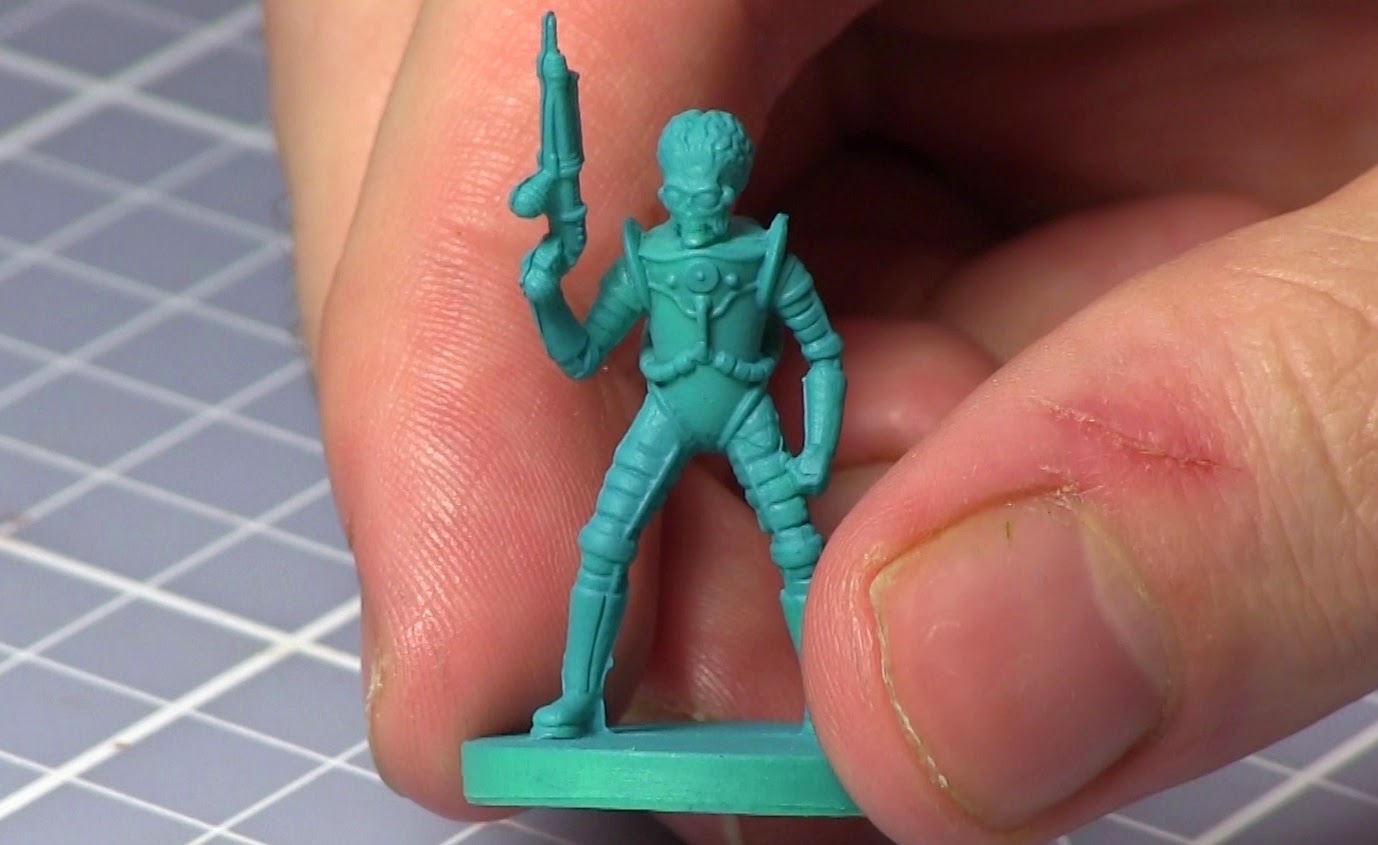 The nice thing about the Martian Grunt is that his armor is mostly segmented with raised ridges. This makes highlighting extremely easily as you just apply the paint to the individual sections. When apply the Blue Ink wash try to stay on the armor, there is no point wasting ink on areas we will be painting over. 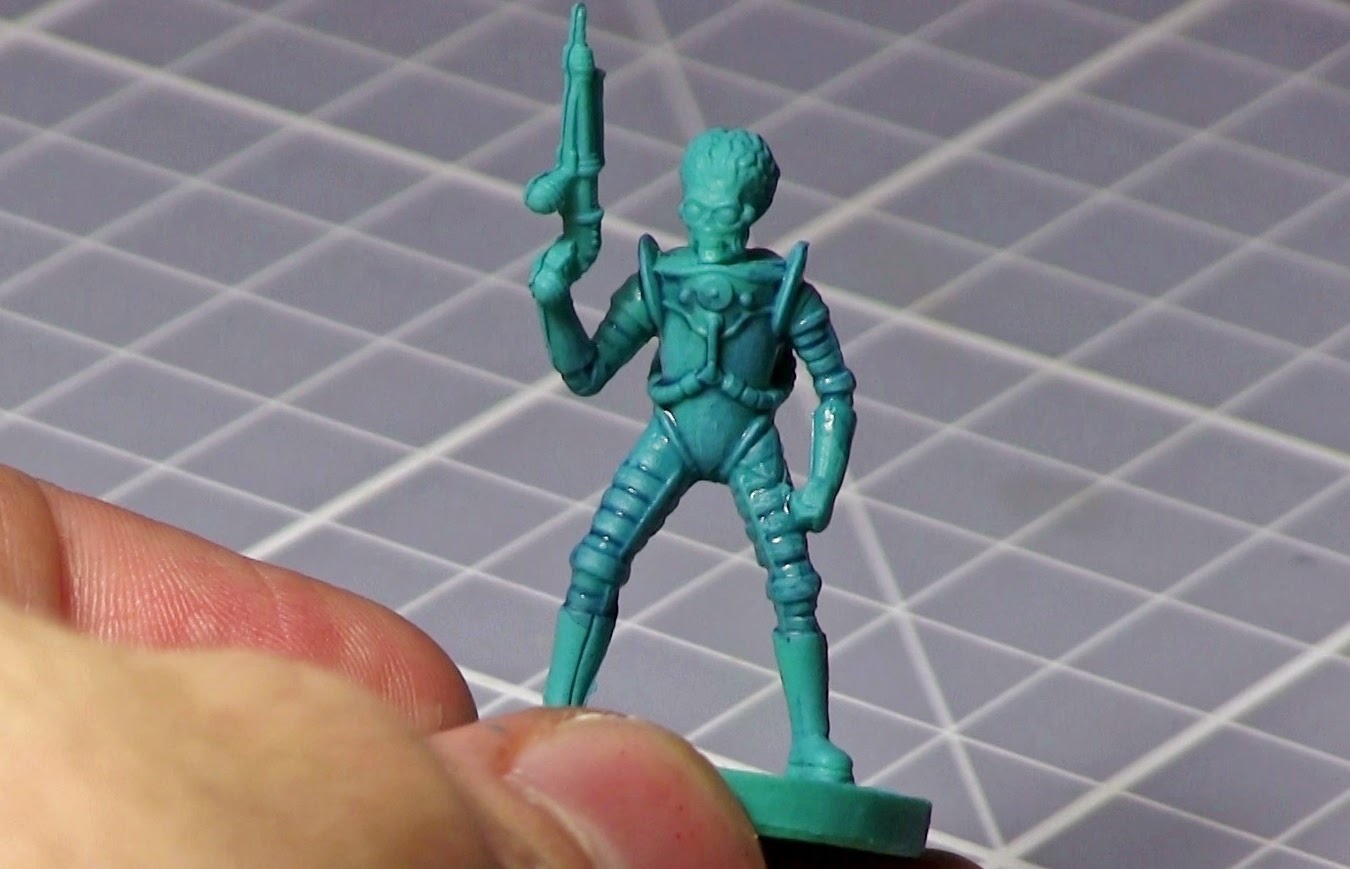 The Martian Grunts wear green boots and gloves however the higher ranking Martians wear yellow ones. This can be achieved by replacing Greenskin with Desert Yellow, Golbin Green with Daemonic Yellow and the Green Ink with Soft Tone Ink. 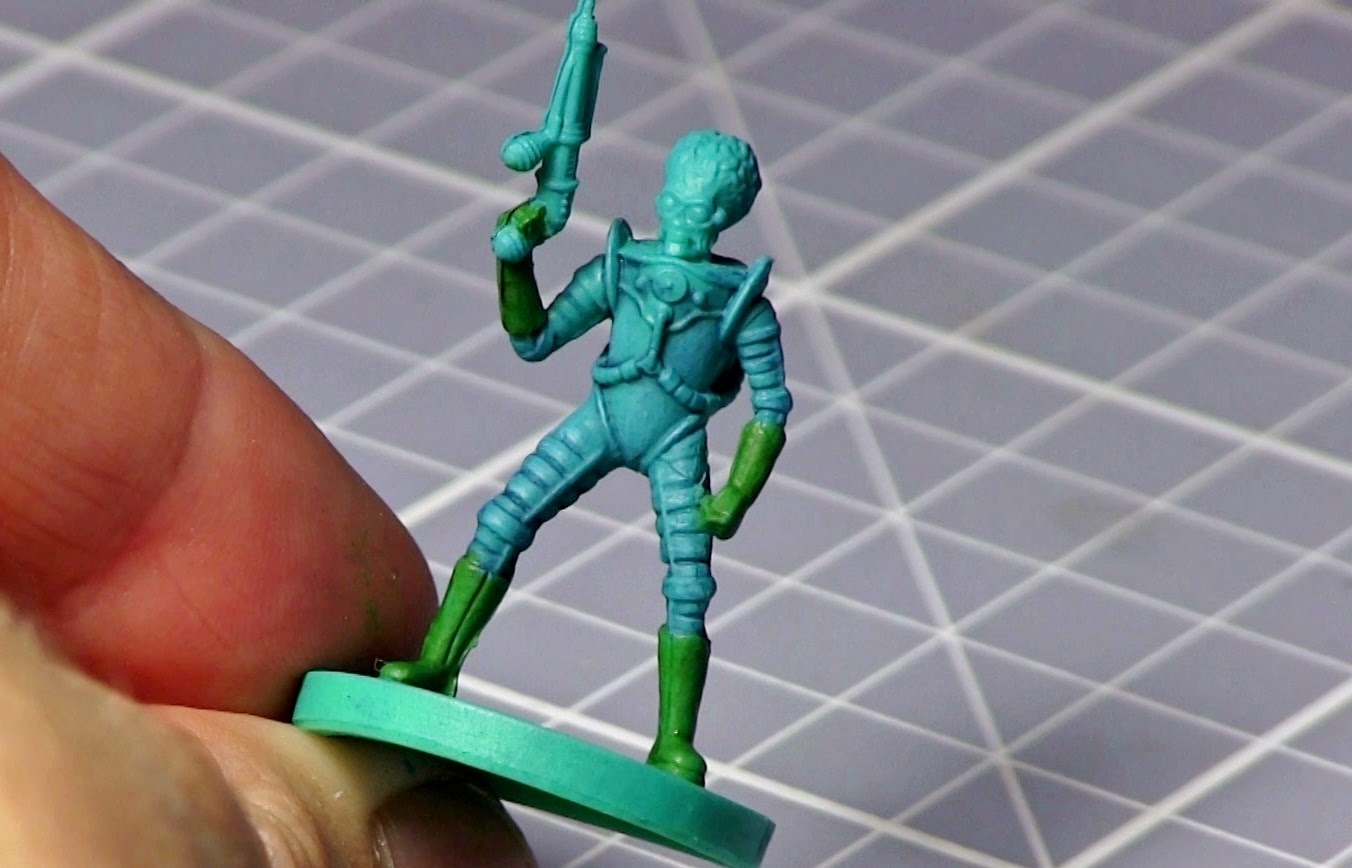 I would recommend applying a few watered down coats of Dragon Red to the tanks in order to achieve a nice even coverage. Painting red over such a bright color can be a little difficult but the Warpaint pigment levels help out a lot. 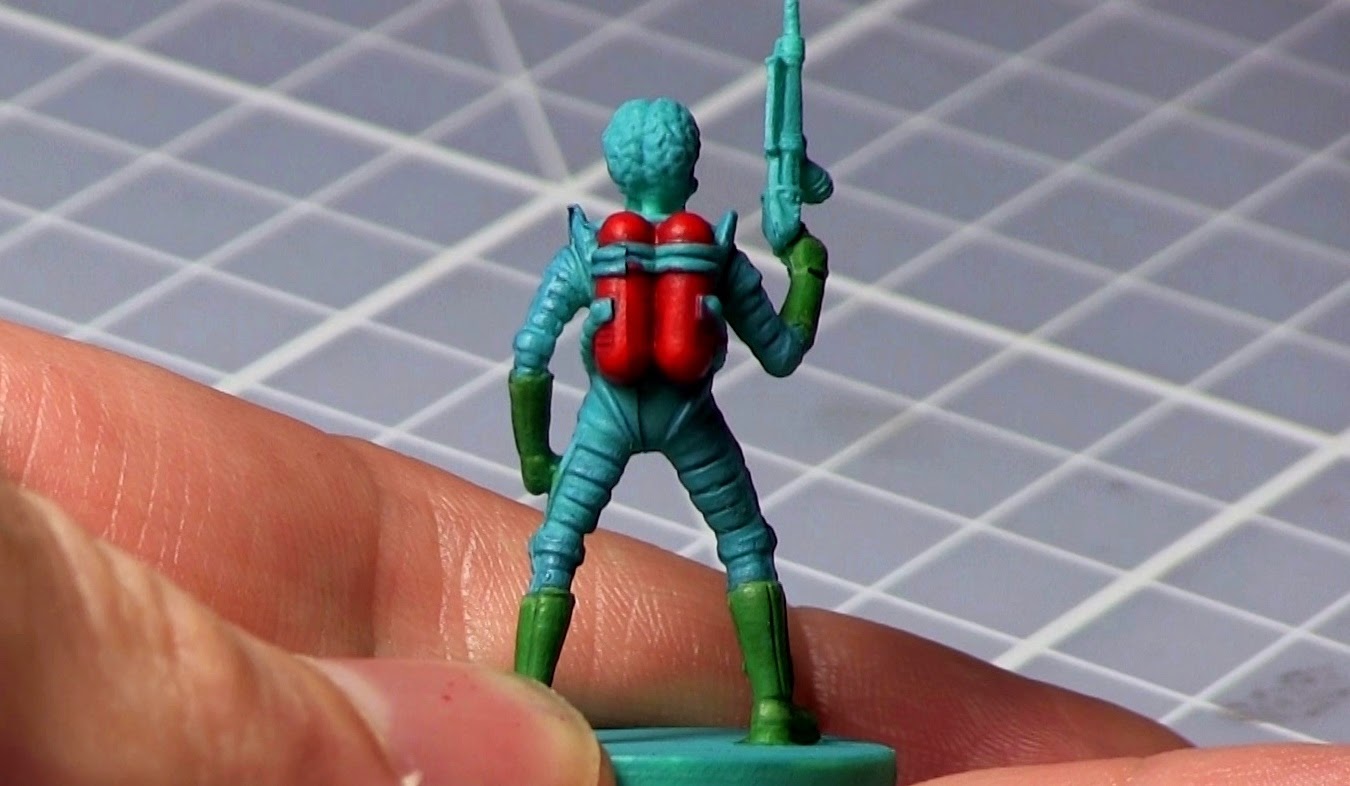 The eyes should be painted on AFTER the wash. Doing so before will make the eyes look brown, which isn't the desired effect. 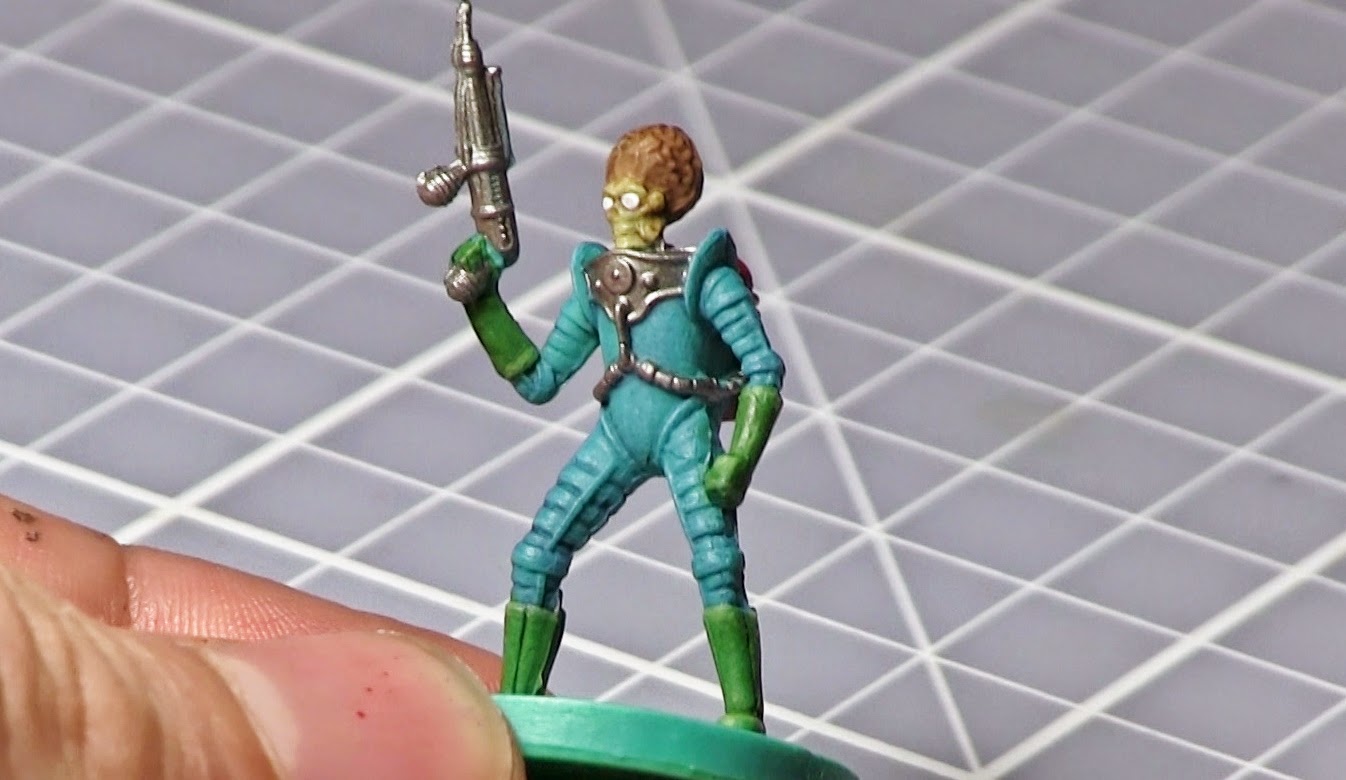 Your miniature is nearing completion so be extra careful when applying the metallic paints. You don't want to have to re-paint over areas that you've already completed. 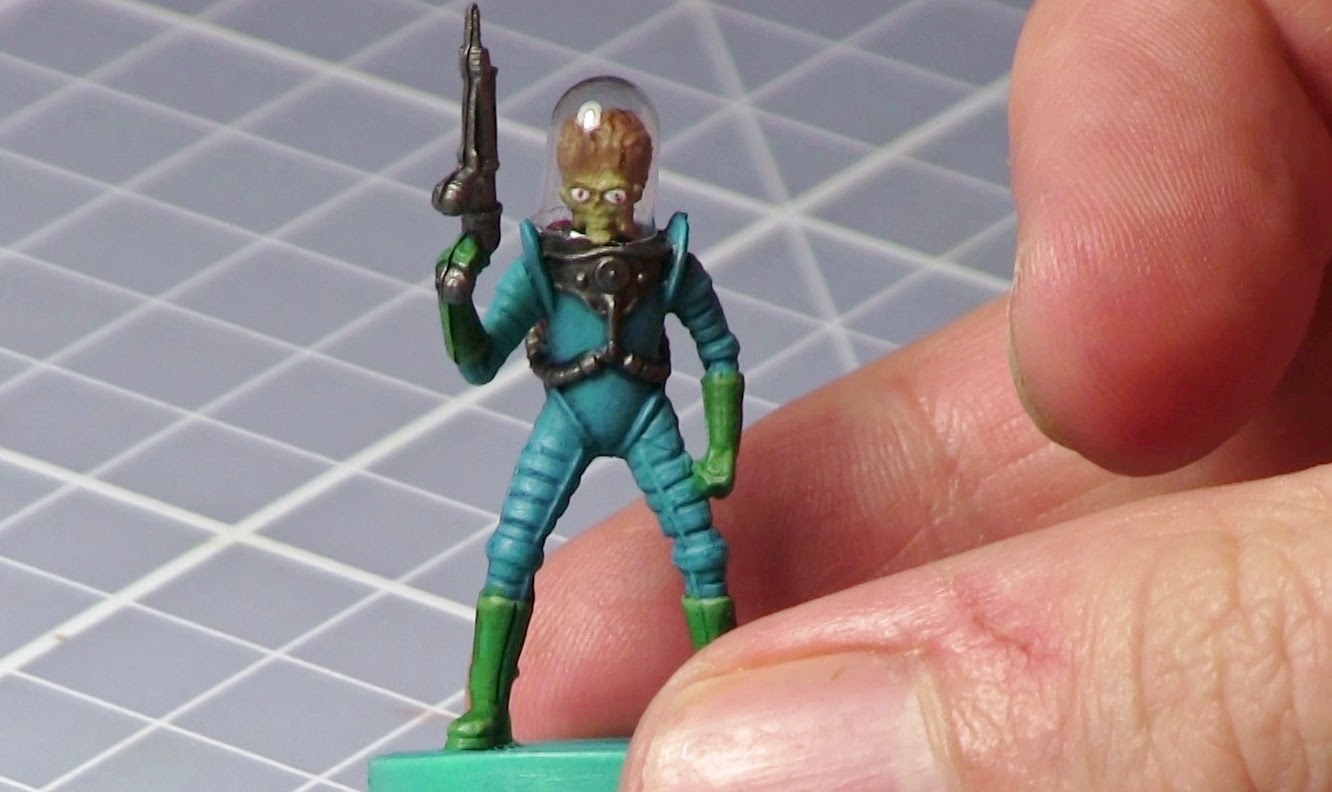 These areas are optional due to the fiddly nature of them. To paint the red pupils of the eyes I made use of the Army Painters Pyscho brush which has a ridiculously small bristle tip.


If you found this Mars Attacks painting guide useful then you'll be pleased to hear that we will be posting a guide on how to paint the Soldiers from the Mars Attacks game in a similar fashion.