I backed Secret Weapon when they released their Tablescapes Kickstarter way back in June 2013 Well after numerous delays and several attempts for UPS to deliver, I finally got what I'd backed! Read on for a quick review of their Rolling Fields set....

First off is the packaging. This was one of the delays on the Kickstarter but the end product is lovely. The Secret Weapon logo is bold and clear and really stands out on the box. You get a nice big image on the front to show you what you've bought as well. And part of that tells you how many tiles you are buying. The only downside with this is that it's a sticker which may come off, but the box will probably only end up being used for storage or to transport models. 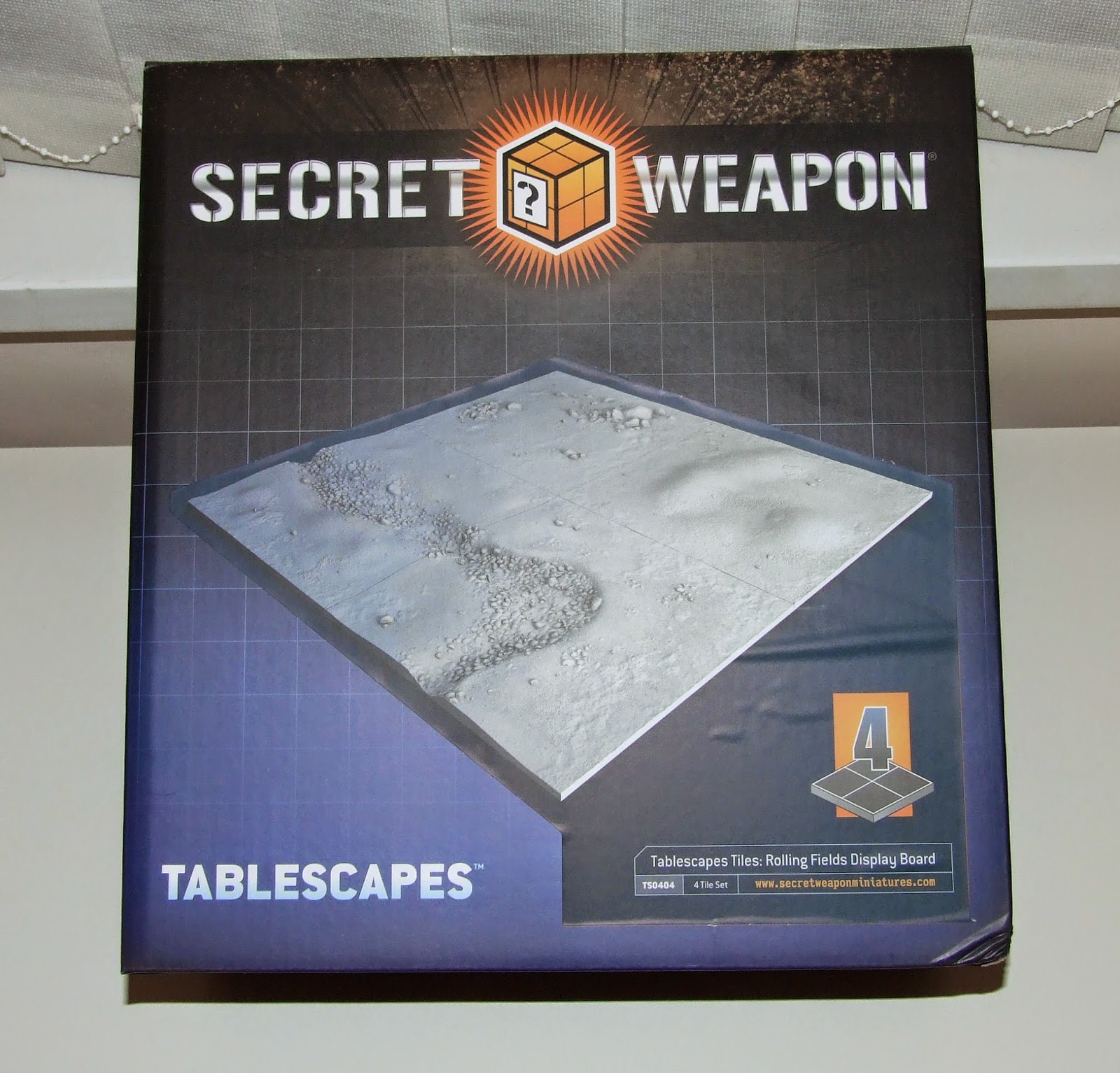 The design continues on to the back of the box. There is another logo and information about the tiles, including the different designs that are available and specifics on how they are made. Also on the back is another sticker. This one shows each tile that is included, so you can see what you will be getting in the box. One thing that you can't see in these pictures is that the box has a sturdy plastic carry handle on the top - a nice little extra that will make this a good box to use for carrying some models around. The box itself is approx 32cm high, 34cm wide and 13cm deep - I'm not sure how that compares to the size of GW foam trays. 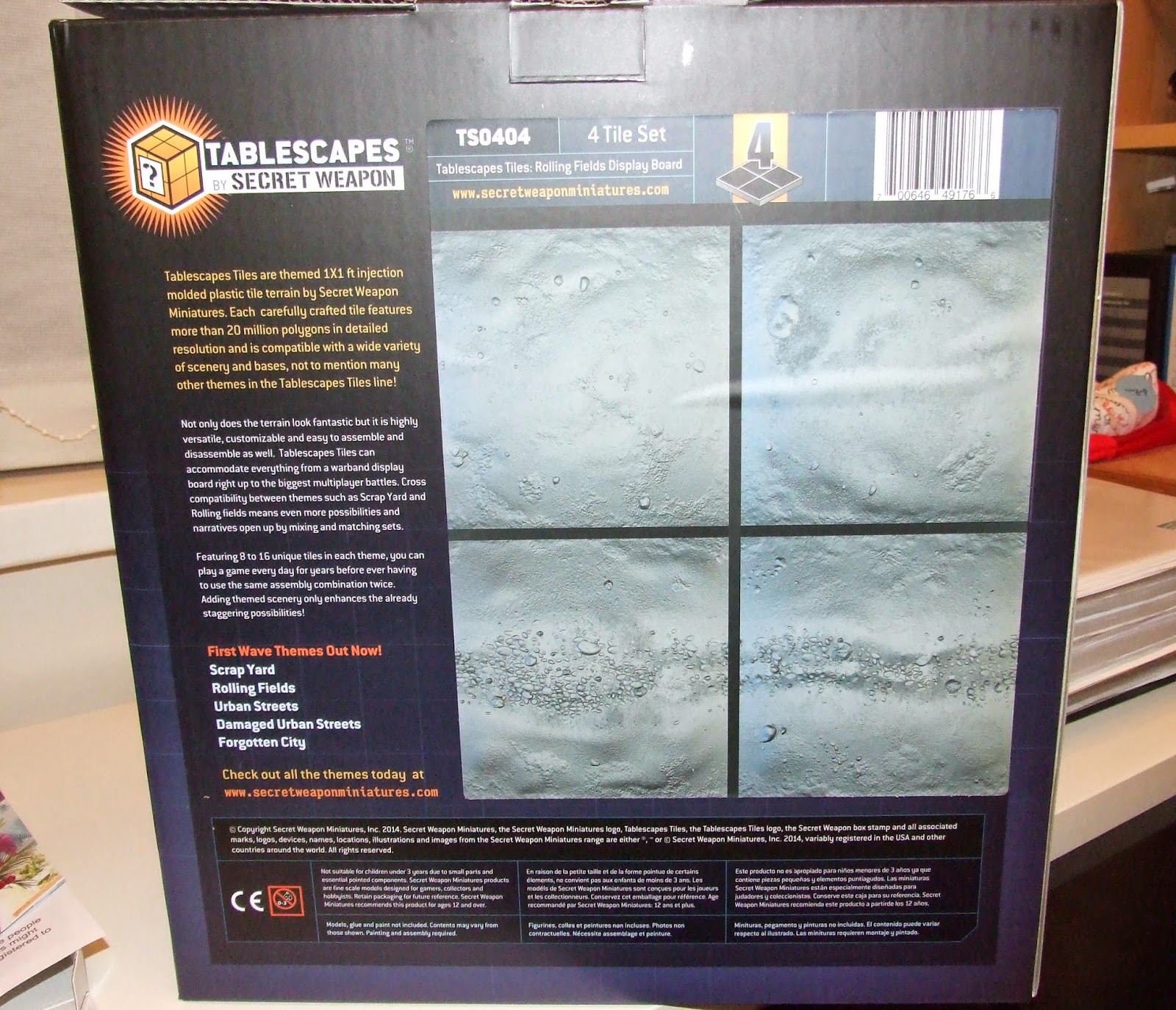 On to the contents of the box. I was expecting there to just be the 4 tiles and some clips inside the box, but when I took everything out there were two bags. One contained the four tiles (each of which was in it's own bag) and the other contained a display surround. 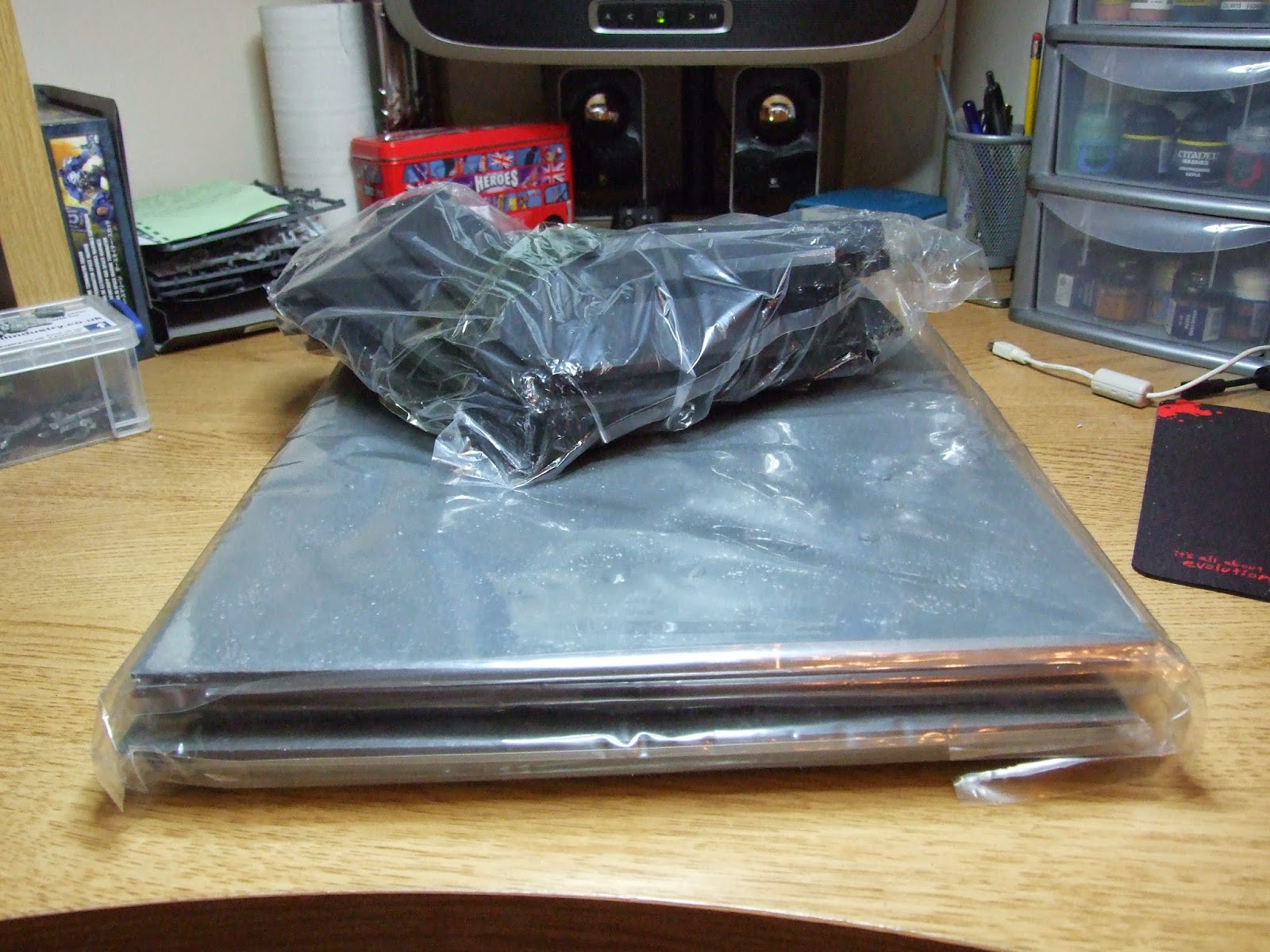 I was not expecting the display surround to be in the box as well. This could just be me forgetting what was included in my pledge, or it could be a nice bonus. Either way, you get an eight piece set of black plastic edge pieces. These will then fit around your boards to give it a nice finished display look - great for an army display! 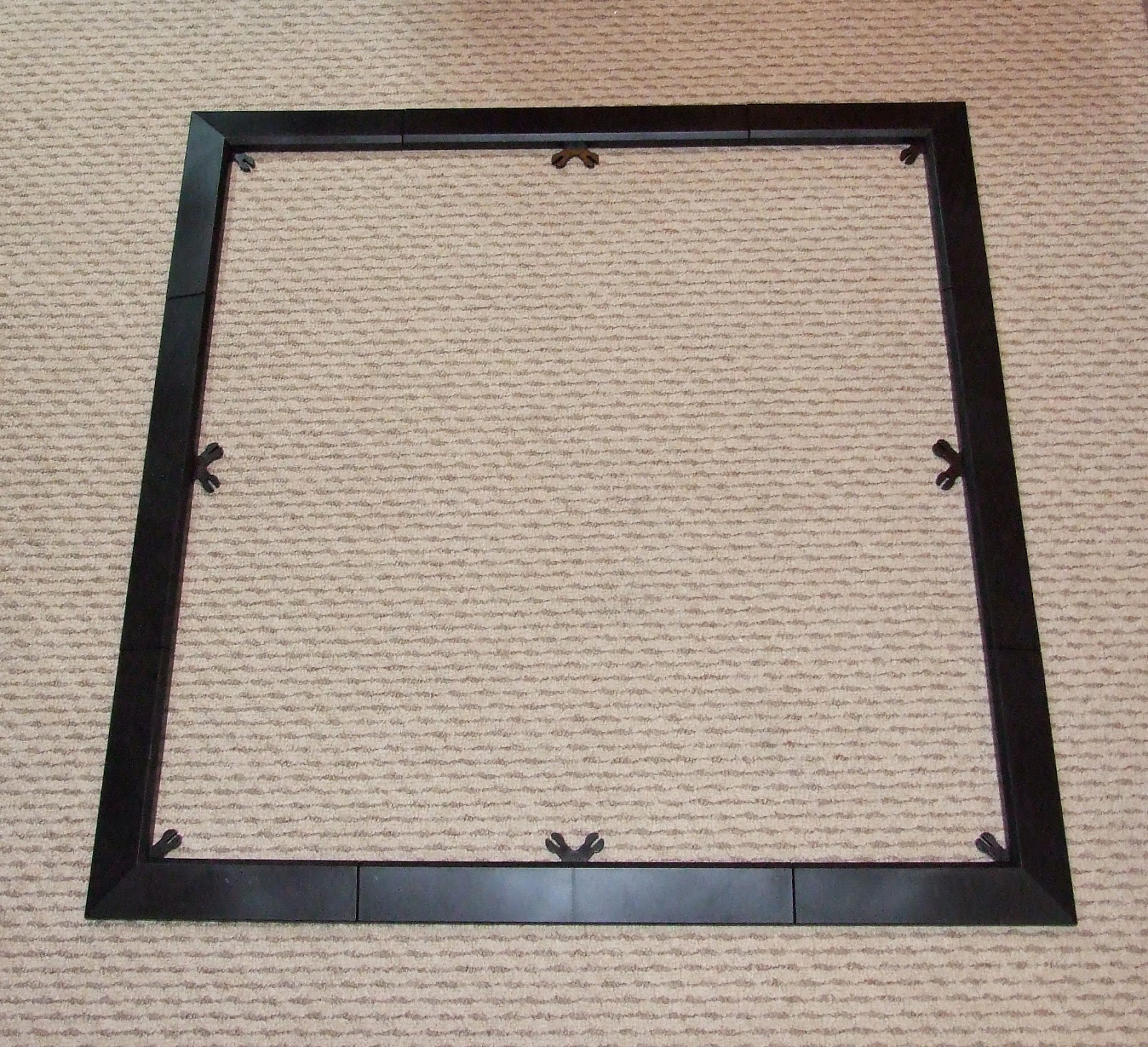 Also included was a display plaque and a centre clip, which can be seen below. 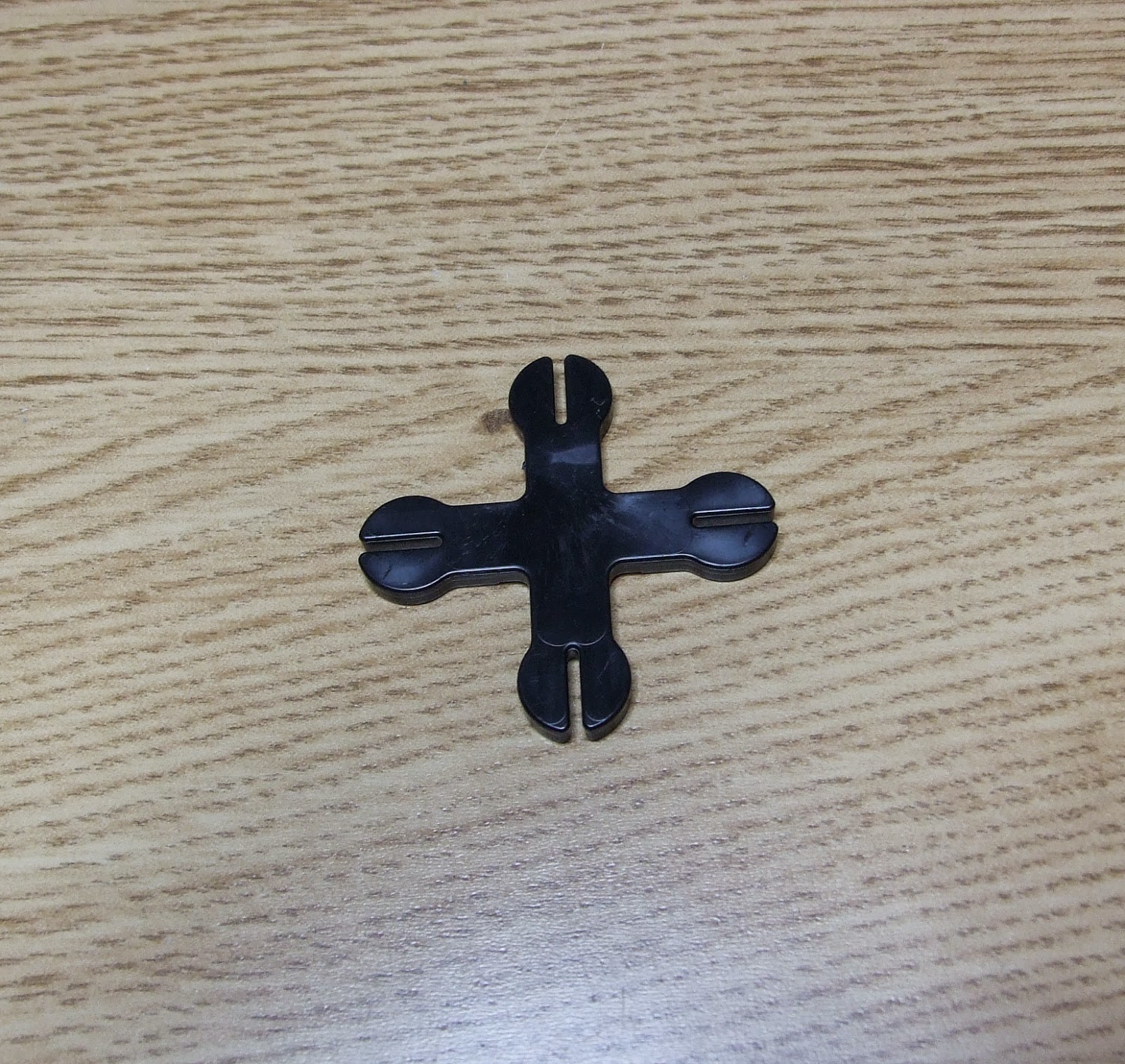 I added each tile in place inside the surround to finish the board off. And even without paint they look really good. The surround will really help make the board look complete on displays and the tiles themselves are quality. 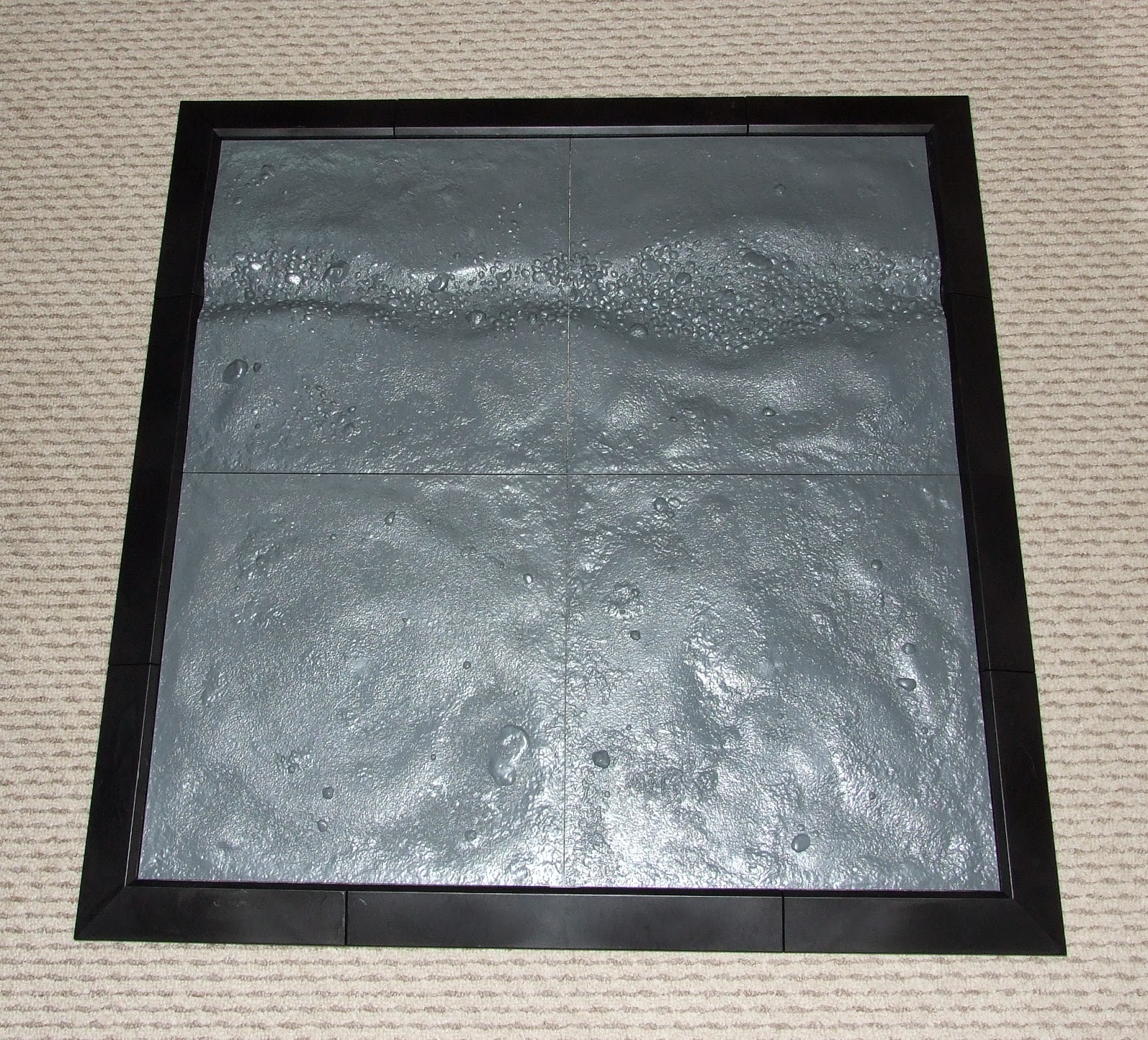 Now it's time to look at the actual tiles. I took some pictures of one river section first of all. The detailing is very crisp and I couldn't see any faults or problems with the cast. It looks like everything should stand up well to have models placed on it, especially after a few coats of paint are put down. 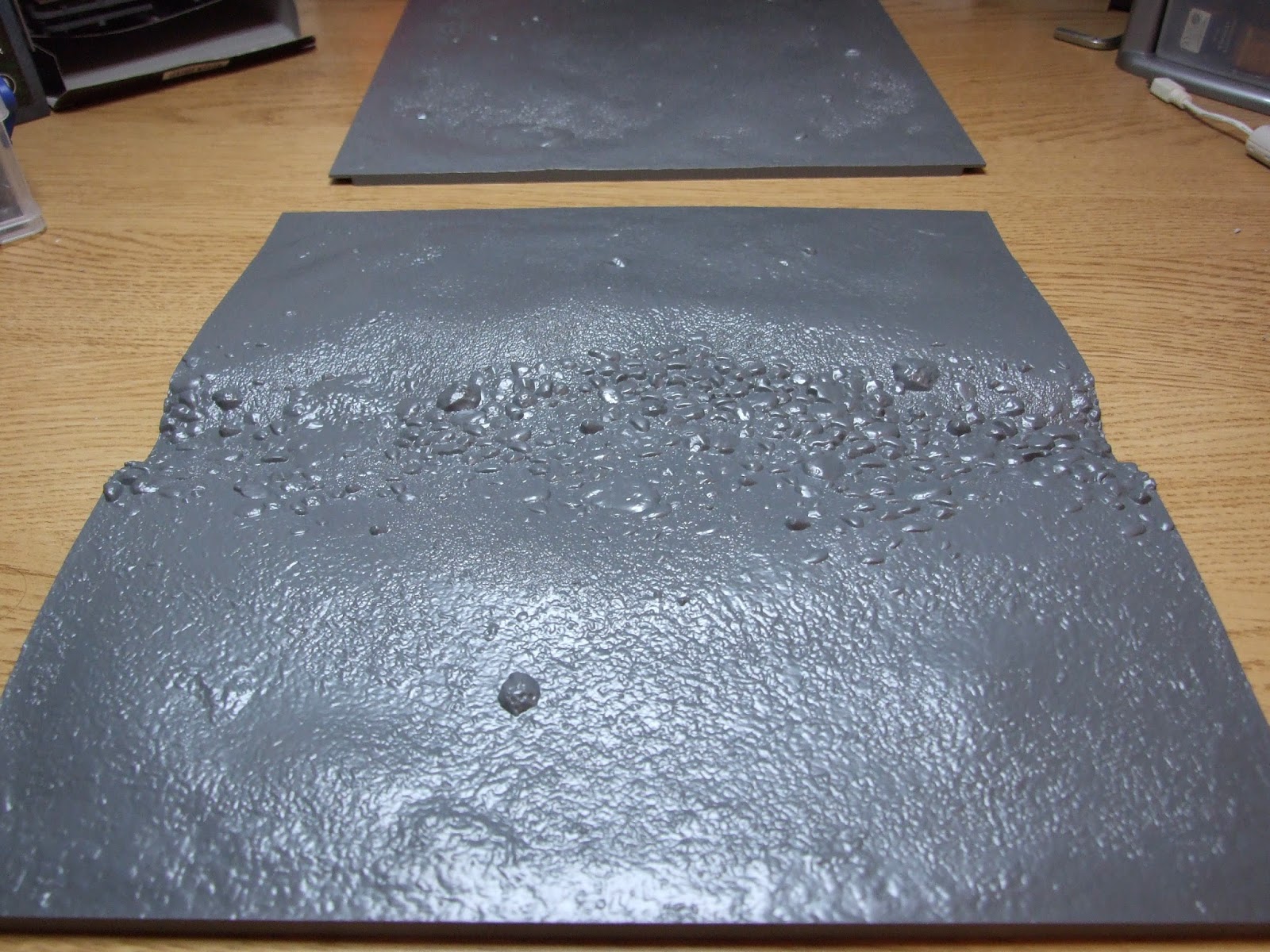 Here is a close up of the river tile detail. Each little rock is nicely cast and the time and effort put in to designing and casting them really shows through. 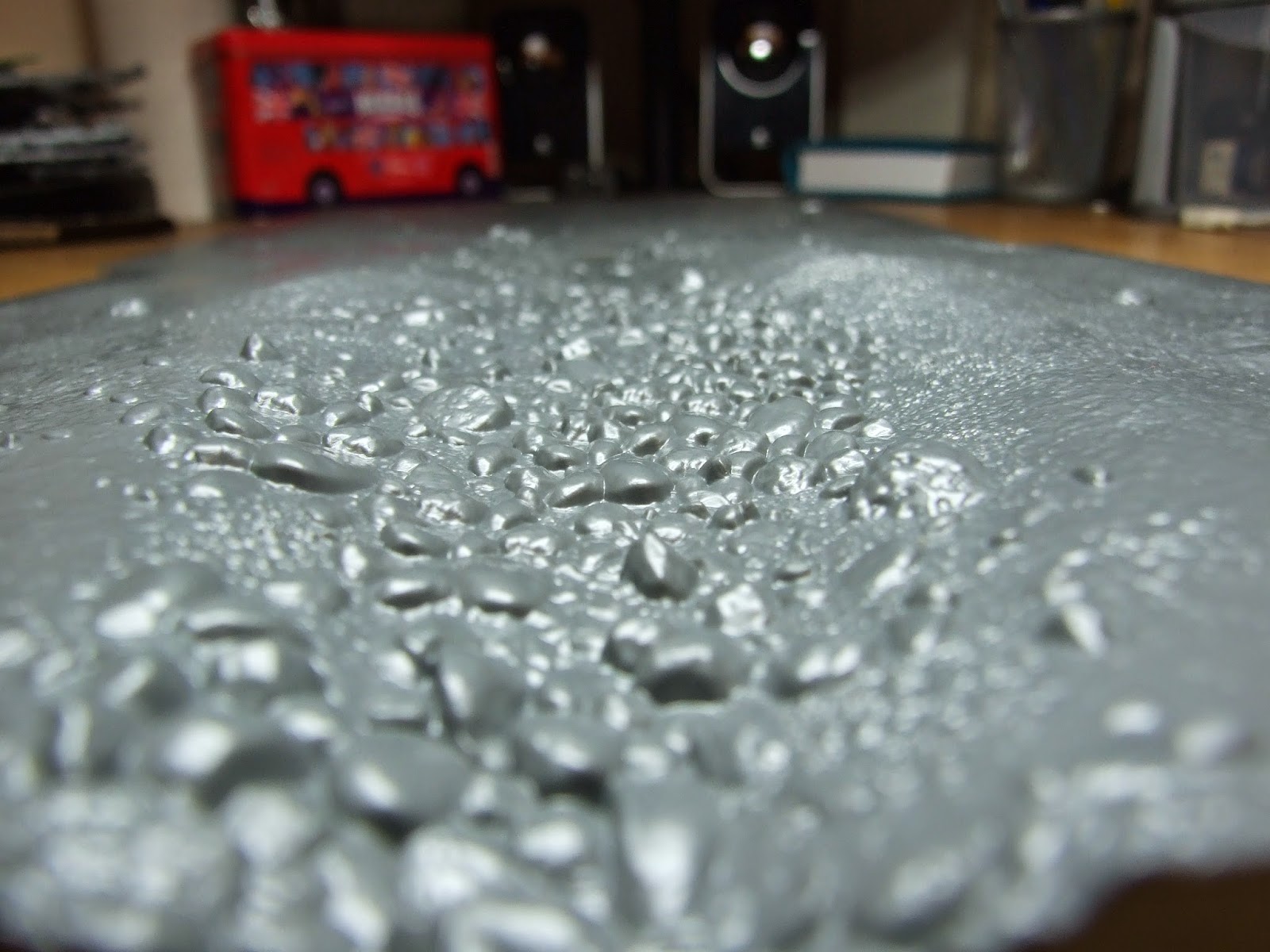 I also took a couple of photos a plain tile. There really isn't a huge amount of detail on this tile - just some very nice texture and a few rocks. This means you can pretty much paint it in any way you want, as it will look great as a muddy battlefield or an ash wasteland. 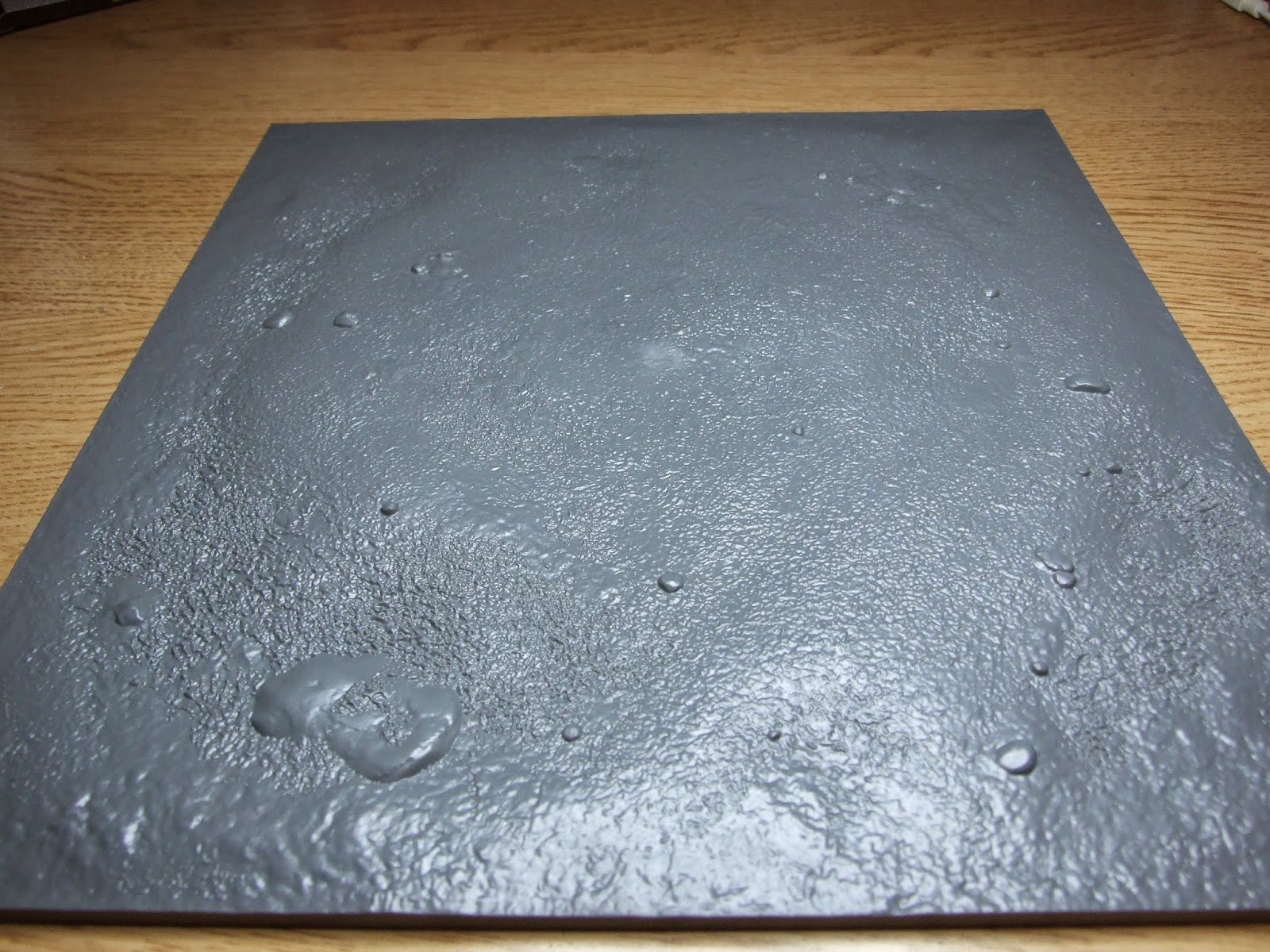 As with the river tile, I took an up close picture to show off the texture and detail. The rough areas really help to add a bit of spark to what could have been a plain flat tile and they will take out some of the hardwork when creating a suitable playing surface. 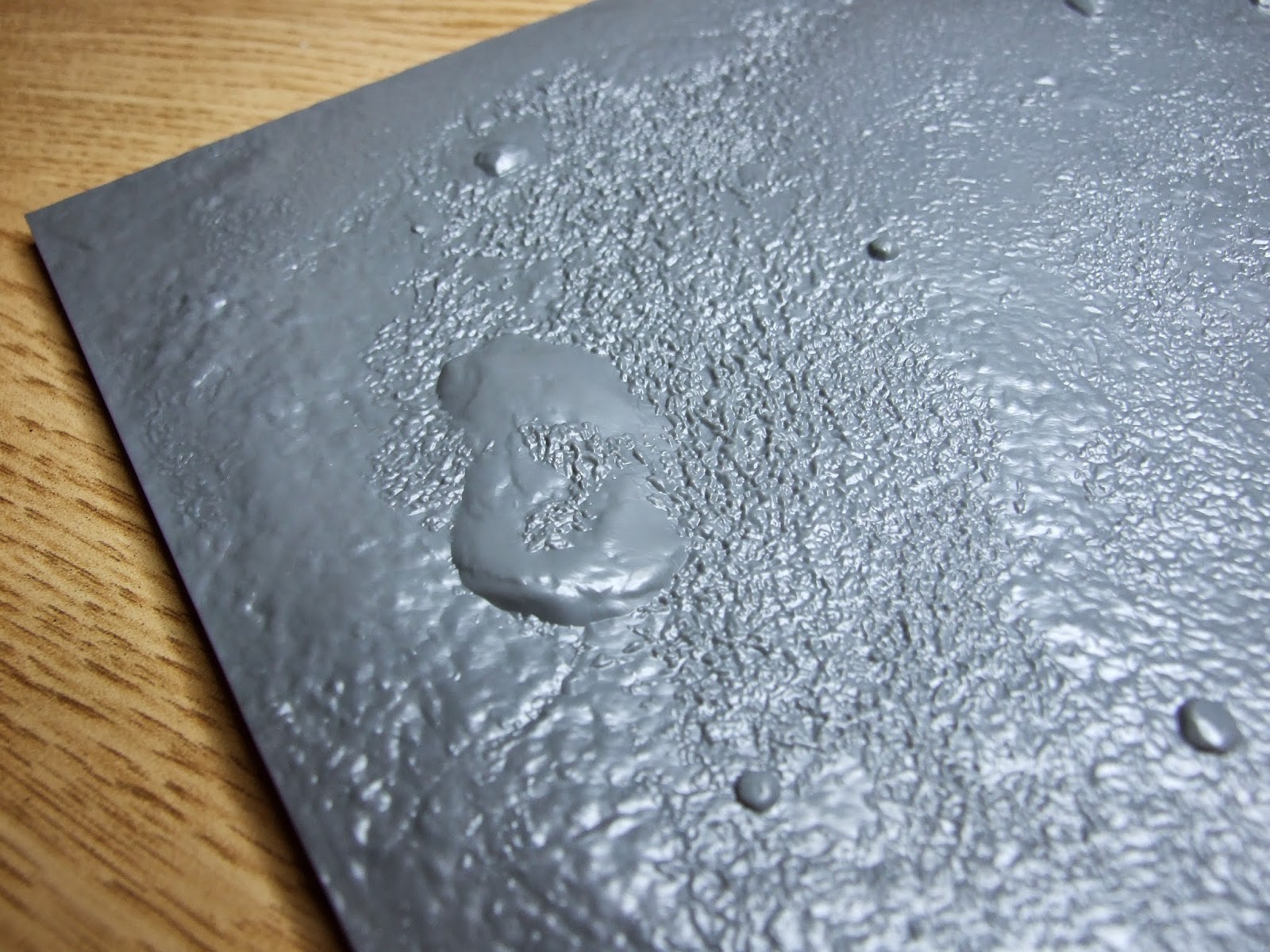 Overall, I am very impressed by Secret Weapon's Tablescapes. Despite numerous delays (which are sometimes unavoidable), they have been able to deliver a very well packaged, excellent product. The tile designs are great and the simple clip system helps to keep everything together.

The inclusion of the edging strips just make the product stand out a bit more. All of the tiles were perfecting cast and the detail was crisp and clear. My only complaint would be that there isn't much variety in the tiles. I would like to have seen a bit more than just a straight river bed for the two tiles and the plain tiles could do with something extra. However, I do understand that these things can be fixed by the addition of some scenery/models.

In the end I would recommend picking some of these up - whether you are going to use them for a display board, a full gaming table or, as I will be doing, putting them in a glass display cabinet to add something to my models.