You may have seen a couple of our painting tutorials where we show you how to paint your Zombicide miniatures using The Army Painters dedicated range of War Paints. You can find them Here and Here.

Well the Army Painter have today announced that they will soon be releasing an expansion to this range with the Zombicide Survivor War Paints. The new set has been designed for the use with the Survivors this time as instead of the zombies as was the case with the previous two sets.

The Zombicide Survivor Paint Set has been developed for use with the upcoming Zombicide Season 3 expansions: Rue Morgue & Angry Neighbors but can be used across all your survivors.

The set comes with 5 paints (3 of which are brand new) and 1 quick shade ink:


The Zombicide Survivor Paint Set will be out for release January 2015. 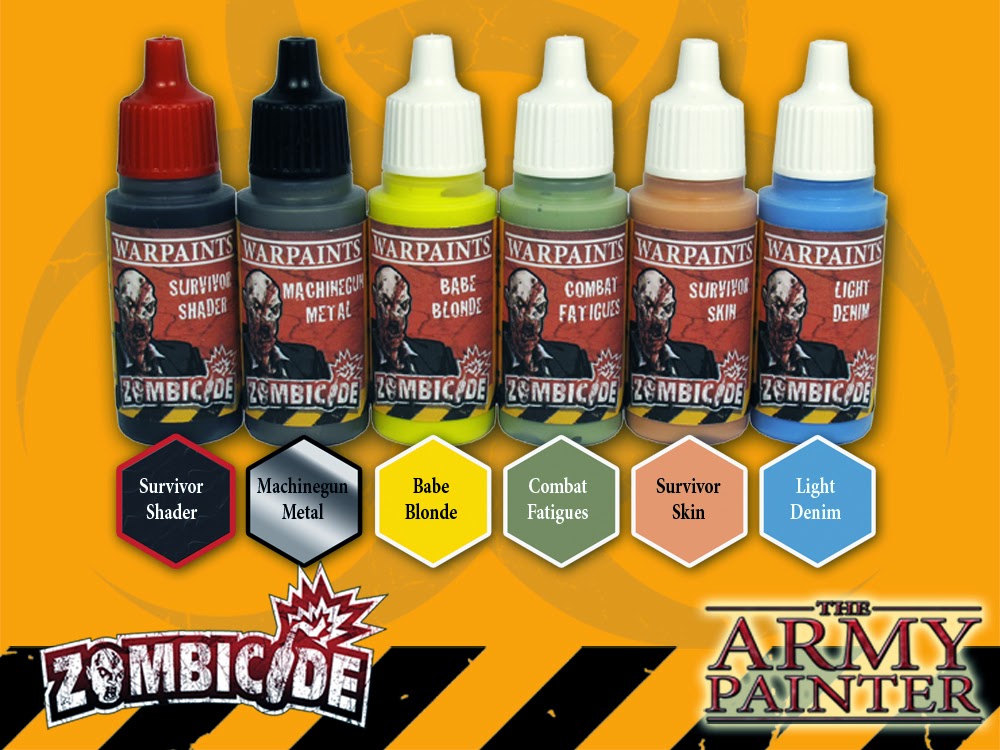