Scale Games have announced today that they will soon be launching their new Fallen Frontiers Kickstarter campaign. Fallen Frontiers is a 35mm sci-fi wargame set in a futuristic society where humans have colonized much of the galaxy and have found powerful energy resources and intelligent life forms with advanced technology. The players assume control of a faction that can be customized by choosing troops, characters, and cards that best adapt to their game style.

More details will be made available over the next few days via the Fallen Frontiers Facebook Page. The Kickstarter goes live on Friday the 14th of November so be sure to mark that day on your calender. 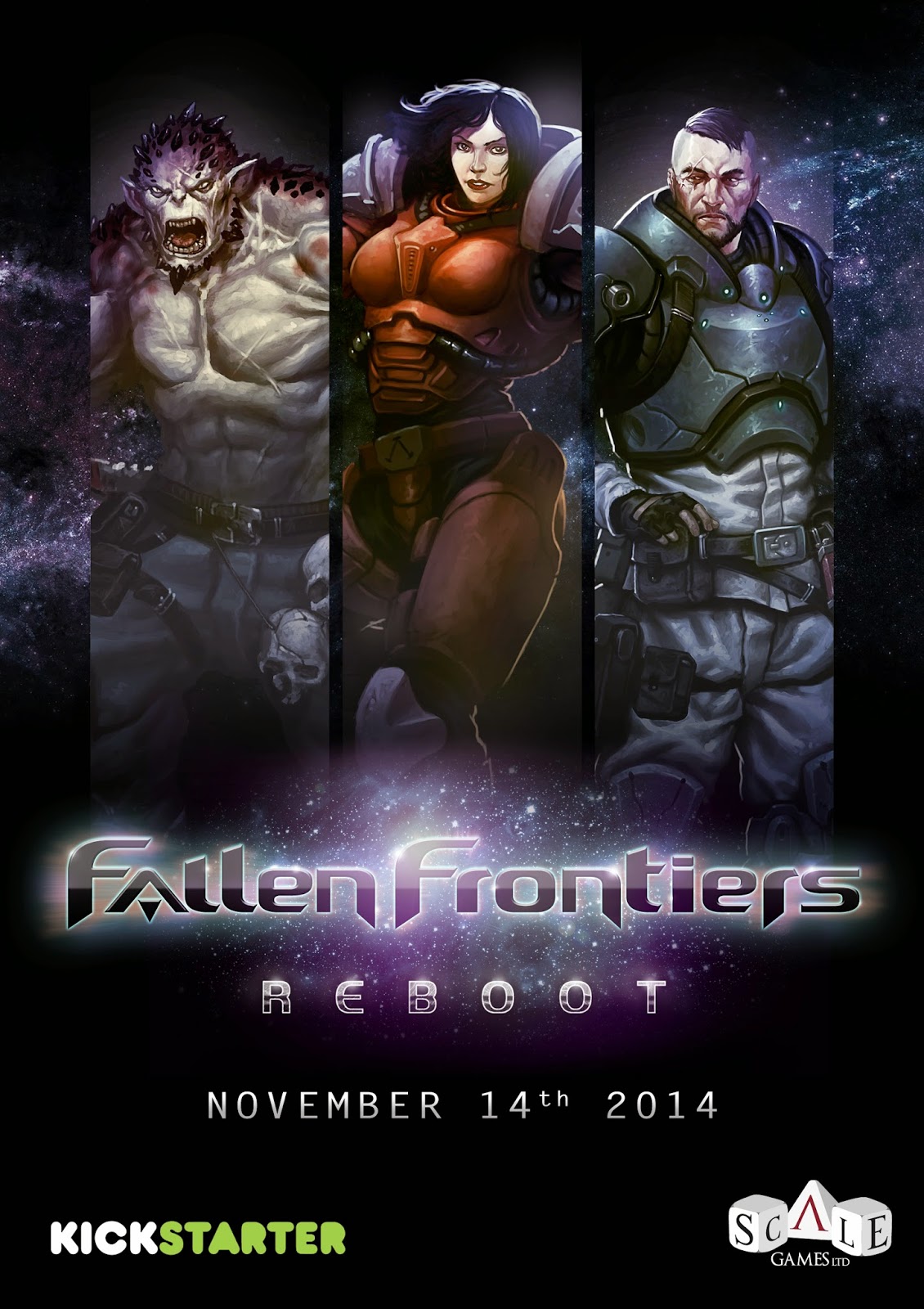