Although this will most likely be our last Glottkin preview of this week we have a whole heap of stuff to finish with. Not only do we have some more (Good Quality) images of the Glottkin in all it's putrid glory but we also have a little more information regarding it.

Info from Thorin at Warseer:


I've got some new information for all of you, taken from the upcoming WD.Glottkin:-3 brothers, Ghurk (Beast), Ethrac (Sorcerer), Otto (Warlord)-Biggest kit yet for all Chaos armies, might be bigger than Nagash-2 head/hand options for Otto, aka helmeted/unhelmeted and holding a severed head/his own entrails-The brothers are NOT conjoined-Fluff: As their parents, peaceful Norscan farmers,were murdered by imperial troops, the three wanted to take revenge and took up their respective equipment, aka Scythe and Wizardry/Healing. Mutating into a giant-sized beast was just an addition for Ghurk.-The 3 nails put through a lot of stuff as already seen on the Maggoth Lords is the Glottkin's symbol-They're Archaon's "scouts" and were sent to kill Karl Franz and destroy Altdorf-No rules in the WD for them, sadlyChaos:-Archaon still doesn't take action but rather sends Glottkin and Valkia to do his dirty work in the Empire/NaggarothEmpire:-New High Patriarch is called GregorMartak-Karl Franz is alive and has new rules in the Glottkin book, he's called somehthing along the lines of "The ascended Karl Franz" and can resurrect from the dead if killed in-game, though no word's given on how often. In another fluff text, he's called the "Mightiest fighter of the Forces of Light". Make of that what you wish.Bretonnia:-Louen Leoncoeur is alive! Yes you read that right. He lives and now serves as a vassal to Gilles le BretonTimline:-The Glottkin book spans over half a year, from spring 2525, when Nagash is awoken and sends out his Mortarch Vlad to help the Empire, up to autumn 2525 and concludes in the attack on Altdorf, which happens at about the same time as the defeat of Settra at Nagash's hands and the downfall of Nehekhara. Basically the stories of "ET: Glottkin" and "ET: Nagash" are parallel.


Oops, looks like I forgot an interesting tidbit!"ET: Glottkin" contains rules for a new game style called "Streets of Death" and includes rules for fighting in cities, e.g. Altdorf and Marienburg. Manning barricades and destroying buildings are just 2 features mentioned that come into play during the BatRep (which the Good Guys win actually).The Paint Splatter article doesn't give hints about next week, strangely. The "What's Next" part, however, says "Atemgeräte an!", which translates to "Turn on your respirators!", "Building a Legion of Chaos", and "Codex: Apocryphes" (however this doesn't say anything at all).

So lots of info their for you to sift through prior to the offical announcement tomorrow. In addition to this we some rather juicy pictures of the Glottkin from multiple angles: 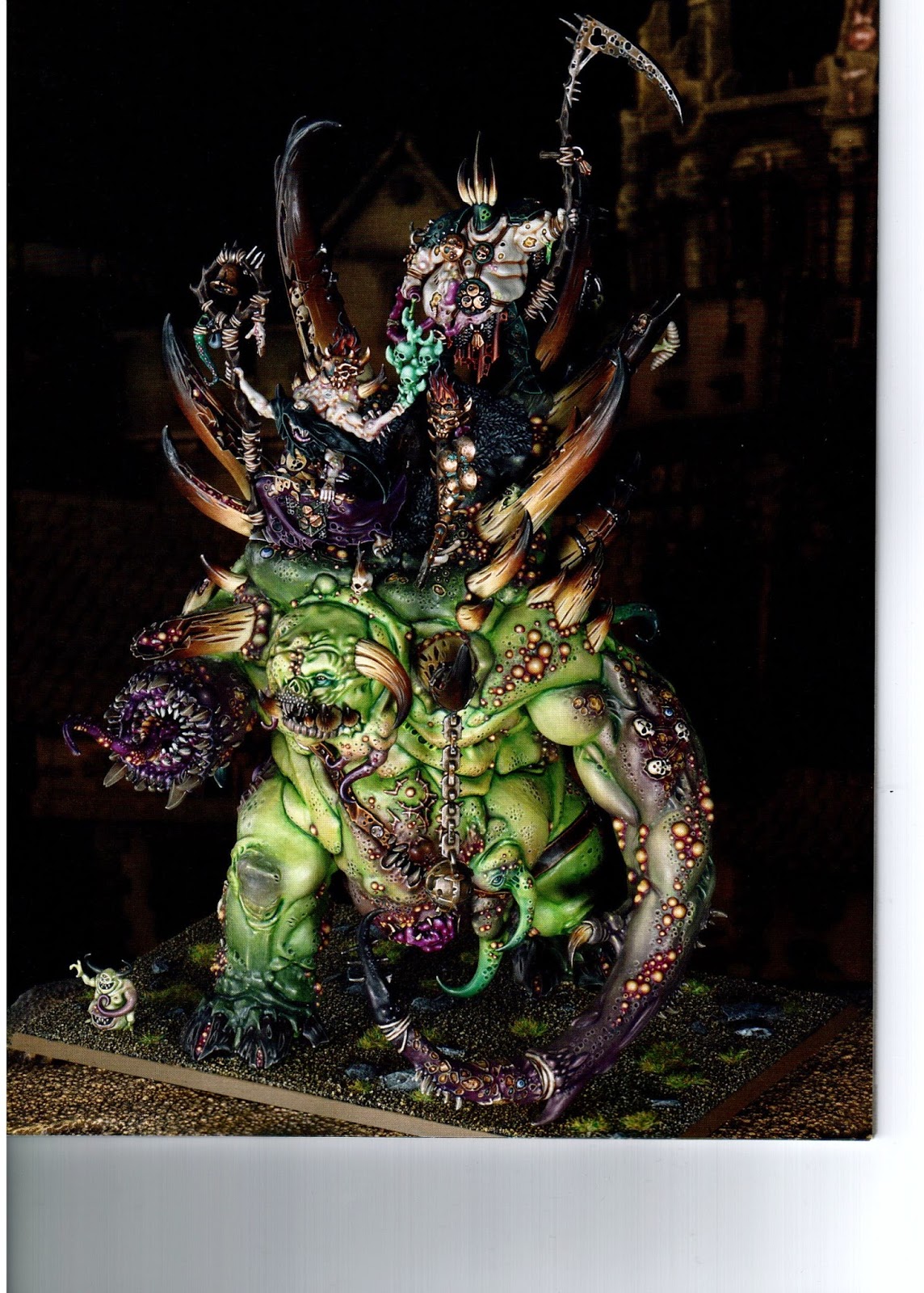 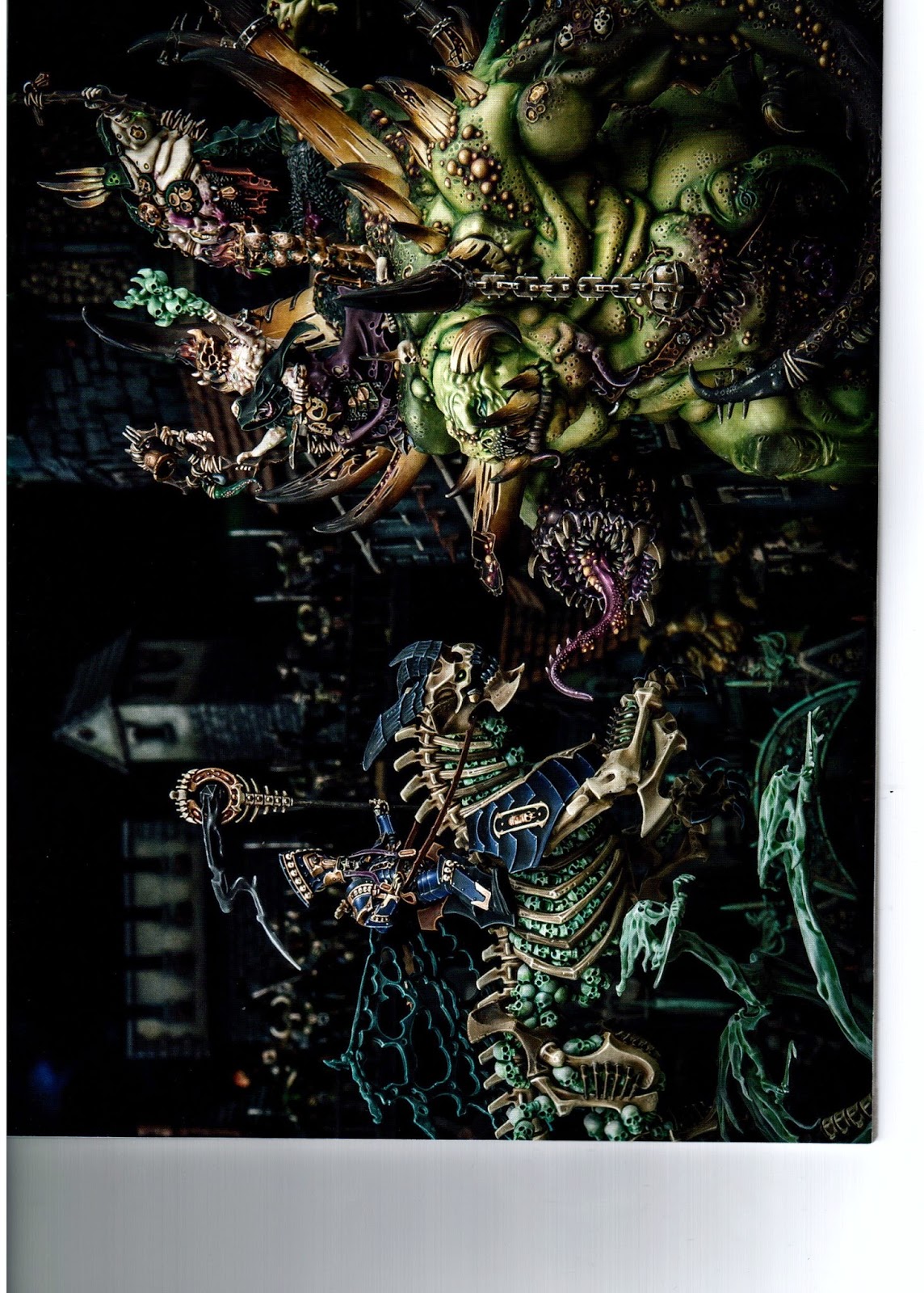 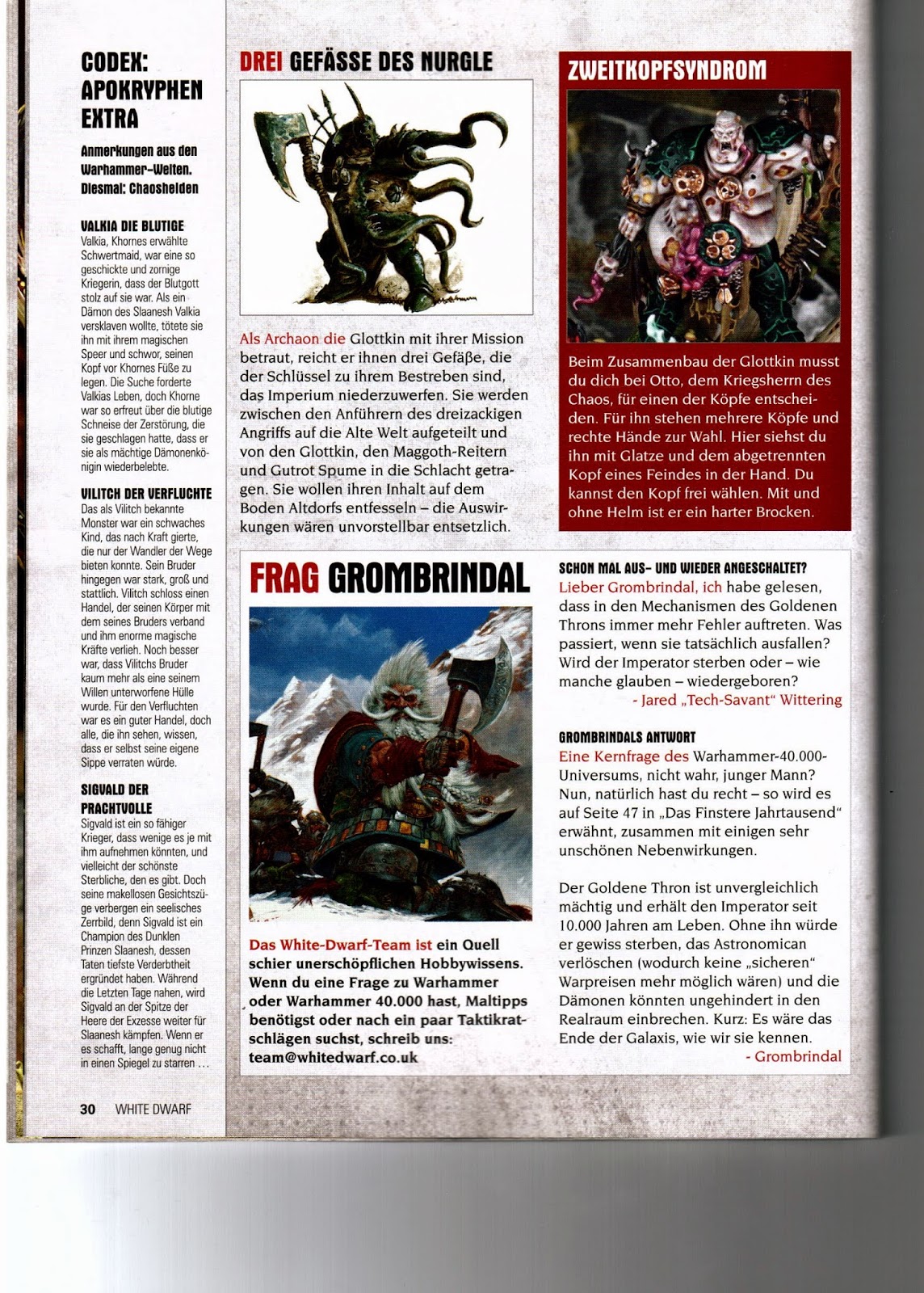 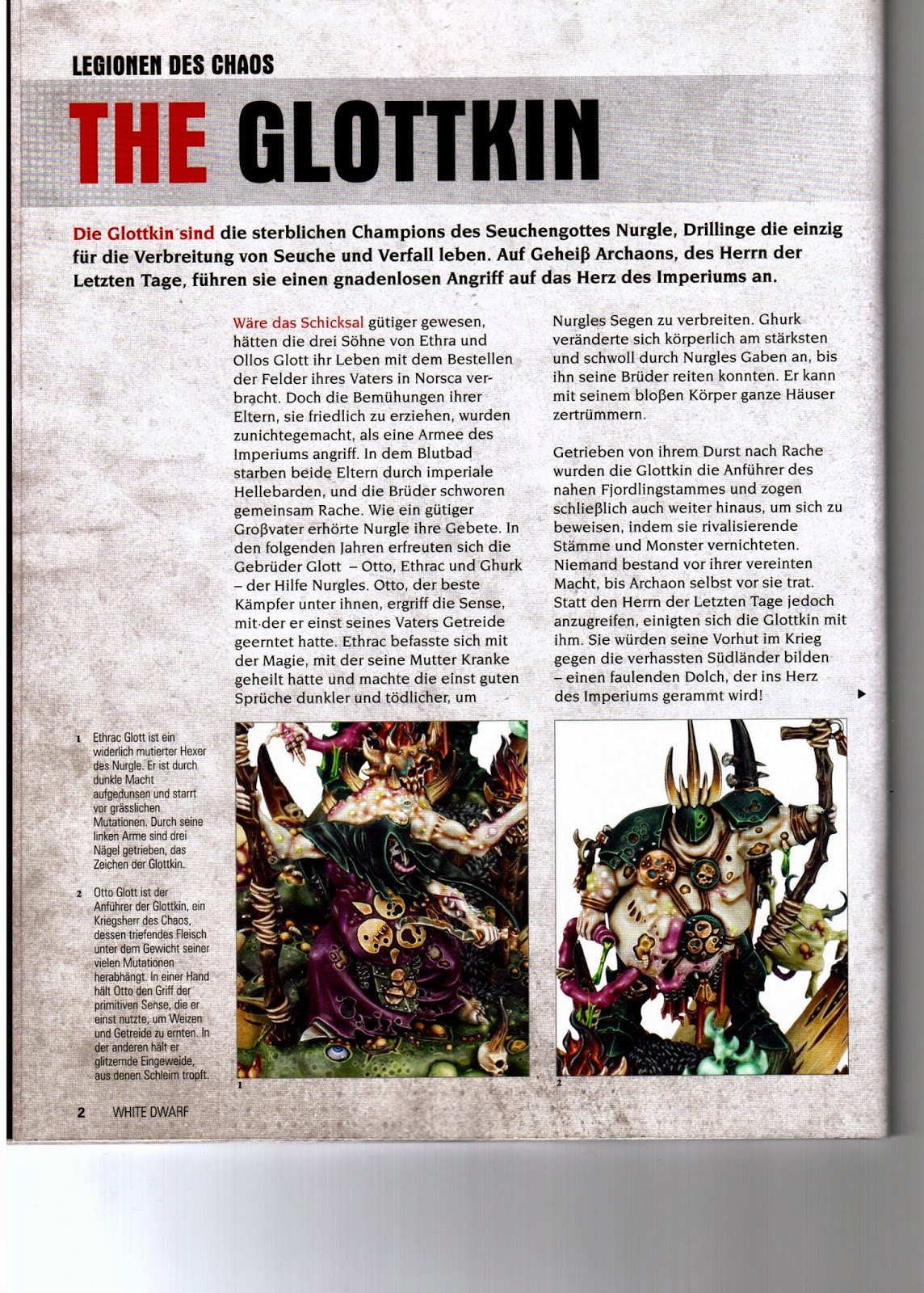 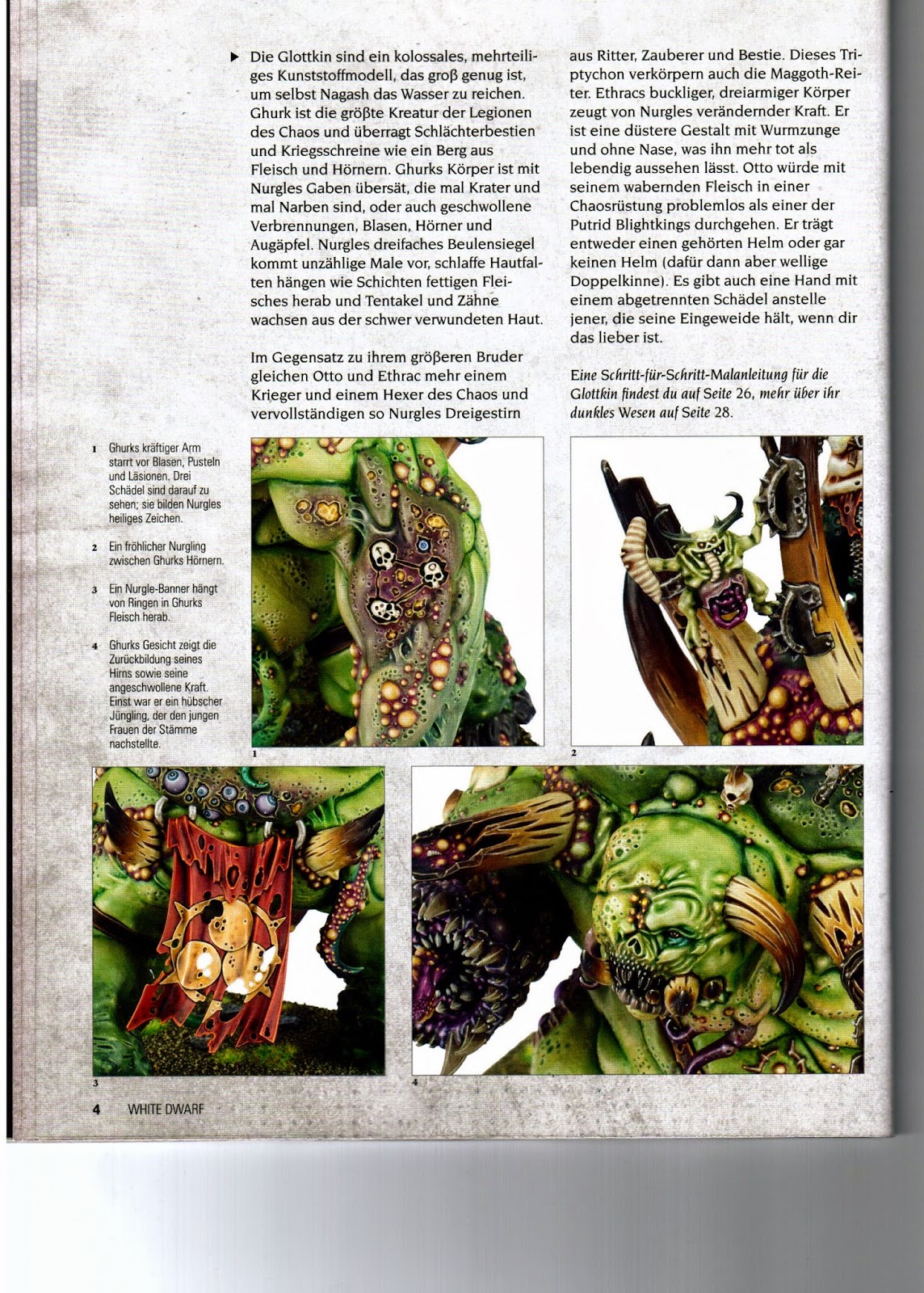 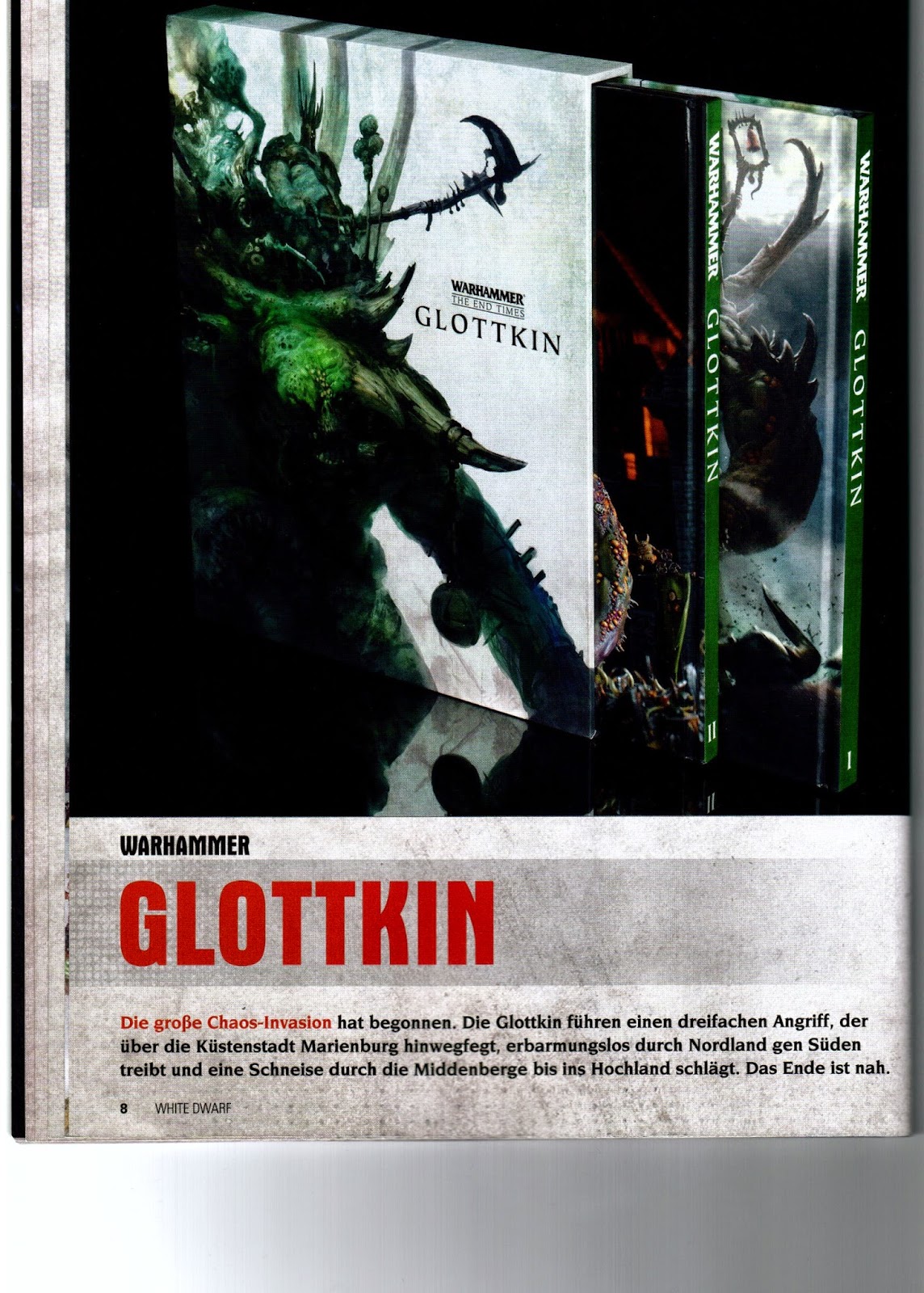 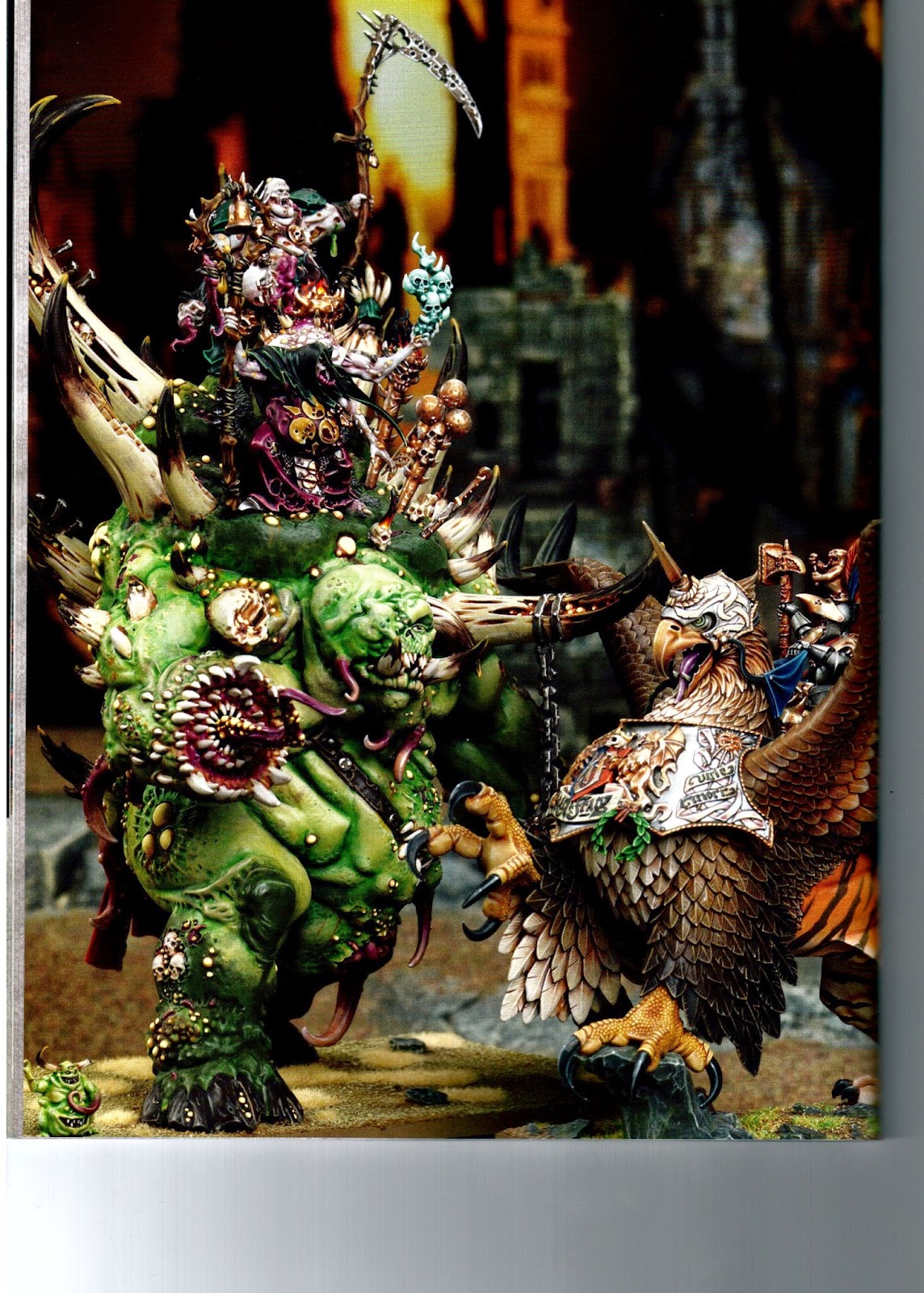 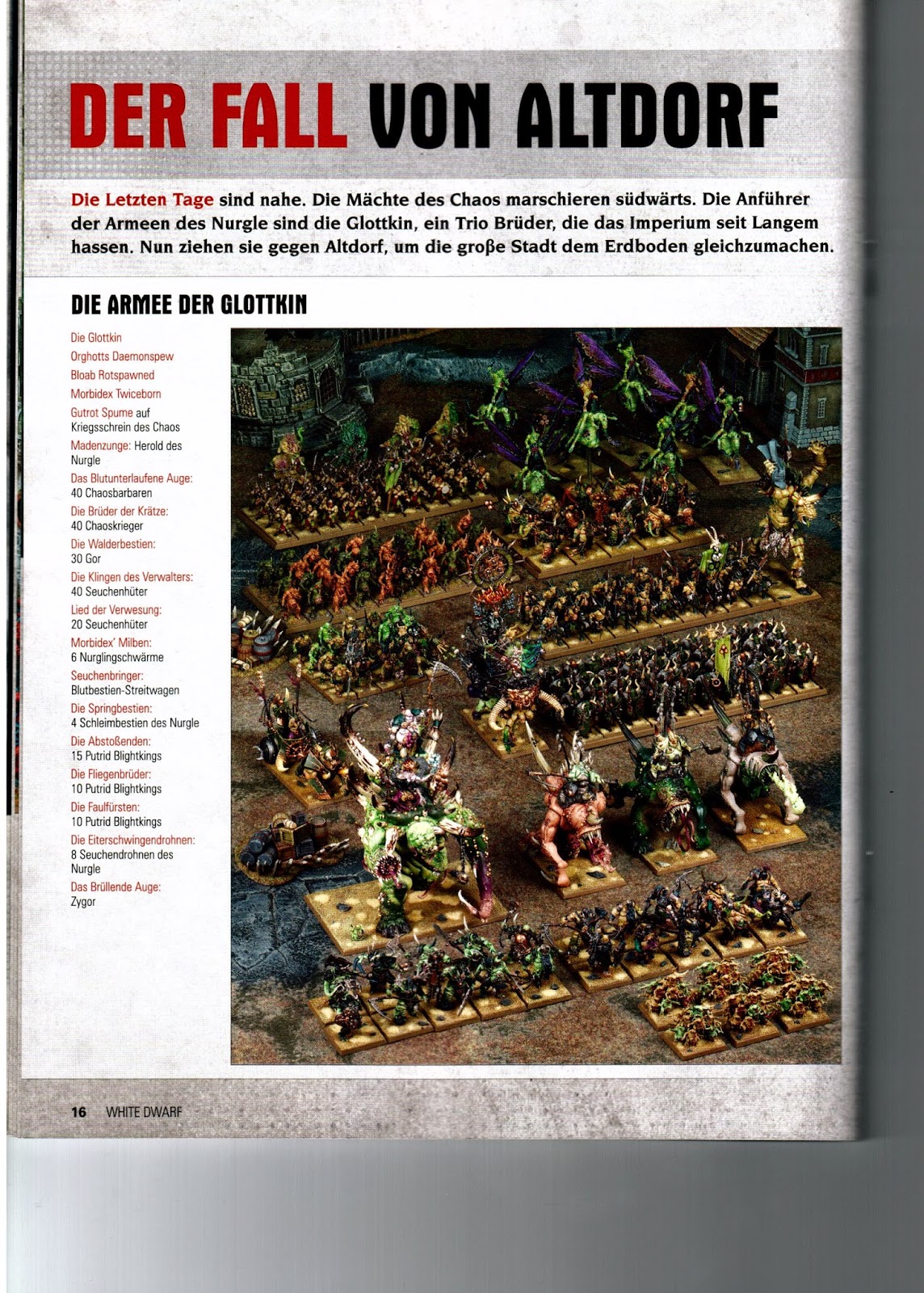