Home » Editorial » Kill Team » Peter Lyberth » Warhmmer 40k » Why You Should Play » EDITORIAL: Why you should play: Kill Team (Heralds of Ruin edition)

EDITORIAL: Why you should play: Kill Team (Heralds of Ruin edition) 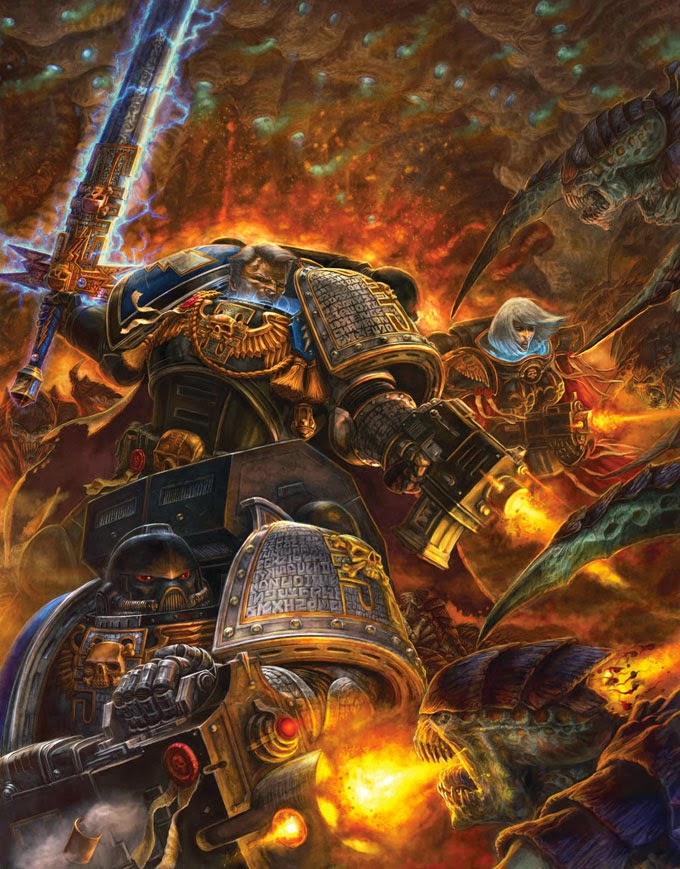 In this, hopefully, ongoing series of articles, we’ll take a closer look, at some of the games residing in the fringes of our gaming world. The wargaming hobby is big but with the advent of kickstarter, the choices have only risen. Add to this all of the great fan made games out there and you can see that the pace of progress seems to be ever increasing.


We are drowning in great games and it is easy to miss more than a few gems out there, so I hope this little series will remedy at least some of that. Without further ado, let me give you five reasons why you should dive into the great fan made game Kill Team (not to be confused with the slightly watered down kill team from Games Workshop).

You heard me right, the rules are completely free. In this hobby of ours, with expensive codices and even more expensive models(some extremely nice models though), it is very refreshing to be able to delve into a game, without coughing up some of the hard earned cash.

If you are anything like me, you were a bit disappointed with the missed opportunities when Games Workshop released the Kill Team rules. Basically it was just a watered down 40k game, with some restrictions on army compilation but with little care given to the nuances of smaller scale games. Heralds of Ruin (HoR Kill team henceforth) on the other hand, takes great care to bend and alter some of the 40k rules, to make them more fitting for a skirmish level game and for the most part, it does a damn good job of it.


3. It has solid campaign rules

Random games are fun, but I do find that any game grows stale, if the battles seem to have little or no consequence, other than bragging right of course. A continuing story line with progressive battles and missions, all packed together in a narrative never ceases to keep me engaged, which is why I love a solid campaign system. HoR Kill Team gives you the possibilities of building a base, leveling up and much more.


4. A great community is waiting

This ties into reason 1, but it bears mentioning that you can use any existing models in your Warhammer 40k collection, so unless you really want to, there is no need to shell out cash for more. Unless you got a great idea for a small themed army, in which case the investment will be negligible. At the same time, it would be a great opportunity, to try some of the models that looks cool, but lacks a place in your regular 40k army.

The rules can be downloaded HERE

What gems do you think people are missing? Let us know in the comments.

By Peter Lyberth
By Unknown