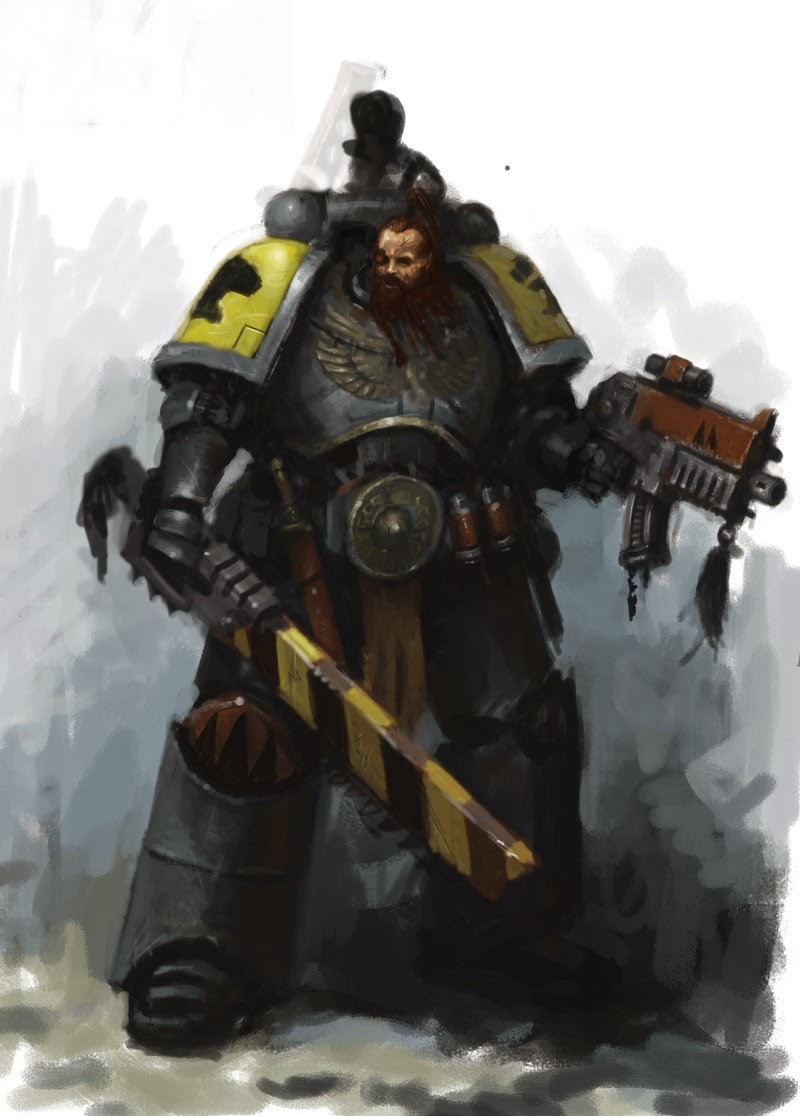 A lot of folks are excited to hear that the Space Wolves, those mighty sons of Leman Russ, have gotten a brand new Codex for the 7th Edition of Warhammer 40,000. And who can blame them? The game is better that it's ever been, with more flexibility in army selection and more focus on the background than ever before, with models that are better than Games Workshop has ever made.


Rather than go into exhaustive detail taking all the fun out of reading the book for yourself, here are the major changes in the book, as they pertain to gameplay.
-Wolf Guard no longer detach from their squad; you just buy a
Wolf Guard Pack Leader upgrade the same way other books buy a Veteran Sergeant.

-There are broad points reductions in the infantry units, but with more expensive upgrades.

-Grey Hunters don't come with a close combat weapon by default but have the option to buy one.

-Wolf Claws are +1S AP3 Shred Specialist weapons now, and don't provide the choice of re-rolls to hit or to wound. They are more expensive than regular lightning claws, which don't appear in the Codex (5 points more than regular claws for a single, but the price is the same for a pair).

-For the first time, I feel like I'd actually play with all of the Relics in the book. They're mostly weapons, and they're all excellent. The buff items (Helm of Durfast that lets you re-roll misses and gives you the Ignores Cover rule; and the Wulfen Stone that gives Furious Charge and Rage to the bearer) are both quite good, and the Armour of Russ makes the wearer into the ultimate duelist by debuffing enemy initiative by 5. There's also a bolter that shoots helfrost rounds, an axe that gives more attacks when you're outnumbered, and a rending helfrost frostblade.

-Psychic powers. Some of them (read: Jaws) are heavily nerfed, but all are still great, and with a solid cut in the cost of Rune Priests, I think we'll still see a lot of 'em on the table.

-No more Sagas. Sad. They're now Warlord traits, and function similarly to their previously buyable versions. But I'm ok with that. Wolves got plenty of new goodies to make up for it.

-The Stormwolf and Stormfang are both excellent, and we've already discussed them at length prior to the release. Expect to see at least one in most Space Wolf armies, if not a whole mess of 'em.

-Rhinos, Razorbacks, and Drop Pods can be purchased on their own as Fast Attack choices. Kind of like how the Trukk can be bought on its own in Codex: Orks. I kind of like that-- if you need a utility vehicle and don't have a squad for it, you can bring it now but it takes up a slot. Of course, these don't take up slots when selected as dedicated transports.

-Lukas the Trickster and Arjac Rockfist are both independent characters, but can only join Blood Claws or Wolf Guard Terminators, respectively. They only take up a slot (Troops for Lukas and Elites for Arjac) if there's not a unit of either Blood Claws for Lukas or Wolf Guard Terminators for Arjac to join. This does give them a better Look Out, Sir! roll, which I suppose is pretty solid.

-Venerable Dreadnoughts are your friends. I mean, they already were, but people sniff at AV12 for some reason. The axe and shield combo on a venerable is about the cost of 10 Marines without any gear, and in addition to looking really badass, they're beatsticks. They're still vulnerable to Monstrous Creatures in close combat, but Great Wolf Claws, Helfrost cannons, and the Fenrisian Greataxe/Blizzard Shield combo all are the final word in making the most elite infantry in the game disappear in one fell swoop.

-Wolf Scouts have finally lost their signature "behind enemy lines" ability. But, they're BS4 scouts, and have much broader weapon options than their Codex brethren, at a comparable points cost, so I think they're still a very solid choice.
From a non-gaming standpoint, I like that they delve more heavily into the heraldry of the Space Wolves, since it always clearly had meaning but they never really touched on it. There's also more about Fenris than I think has ever been printed, including a map of the entire star system. The background section doesn't change or retcon anything, but adds a lot that reinforces the Wolves not just as vikings in space, but their own unique culture that draws inspiration from Norse mythology. Love 'em or hate 'em, the new book for the Space Wolves is really excellent on every level, and definitely worth a read even if you don't play the army.
By The Son of Horus