With the release of the 7th Edition rulebook the Dark Vengeance set was left obsolete, at least rules wise. However this will soon be remedied as an updated for 7th version of Dark Vengeance will be released on the 26th.
In addition to the updated rules the new set will feature the Plastic Chaos Aspiring Champion which more than makes up for the Price increase.


The box art has also been changed to more closely resemble to the style that will be seen on the Storm Claw box set. Apart from these changes the miniature contents, dice and templates remain the same.

In addition to the Dark Vengeance release we also now have a price for the Sector Imperialis Realm of Battle Board. At £200 / $330 it is an increase in price over the current, generic board. Although the board is more detailed than the old one I still don't think it warrants a 12.5% price hike on an already expensive piece.

Finally, the round of the week of releases we are also recieving two Ork themed bundles. The first,  features Kaptin Badrukk, 10 Flash Gitz and Ammo Runts and is £80 / $130. The second contains Zaggstrukk and 15 Stormboyz for £50 / $85.

These releases take us up until the last week on July so it will be interesting to see what Games Workshop has up their sleave for August. Hopefully it will be some additions to Fantasy to remedy the massive 40k bias we have been seeing lately. The leaked images can be found below: 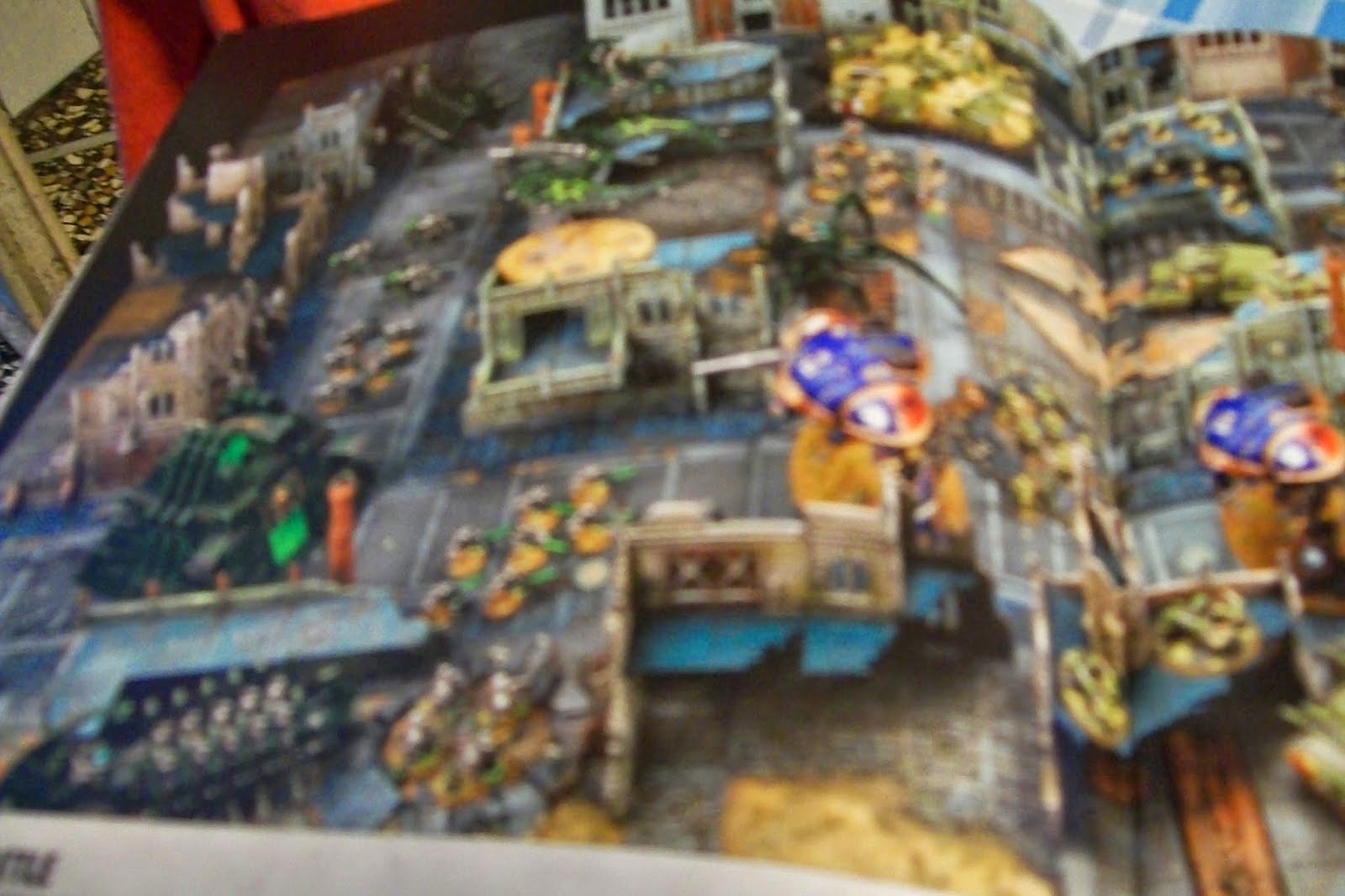 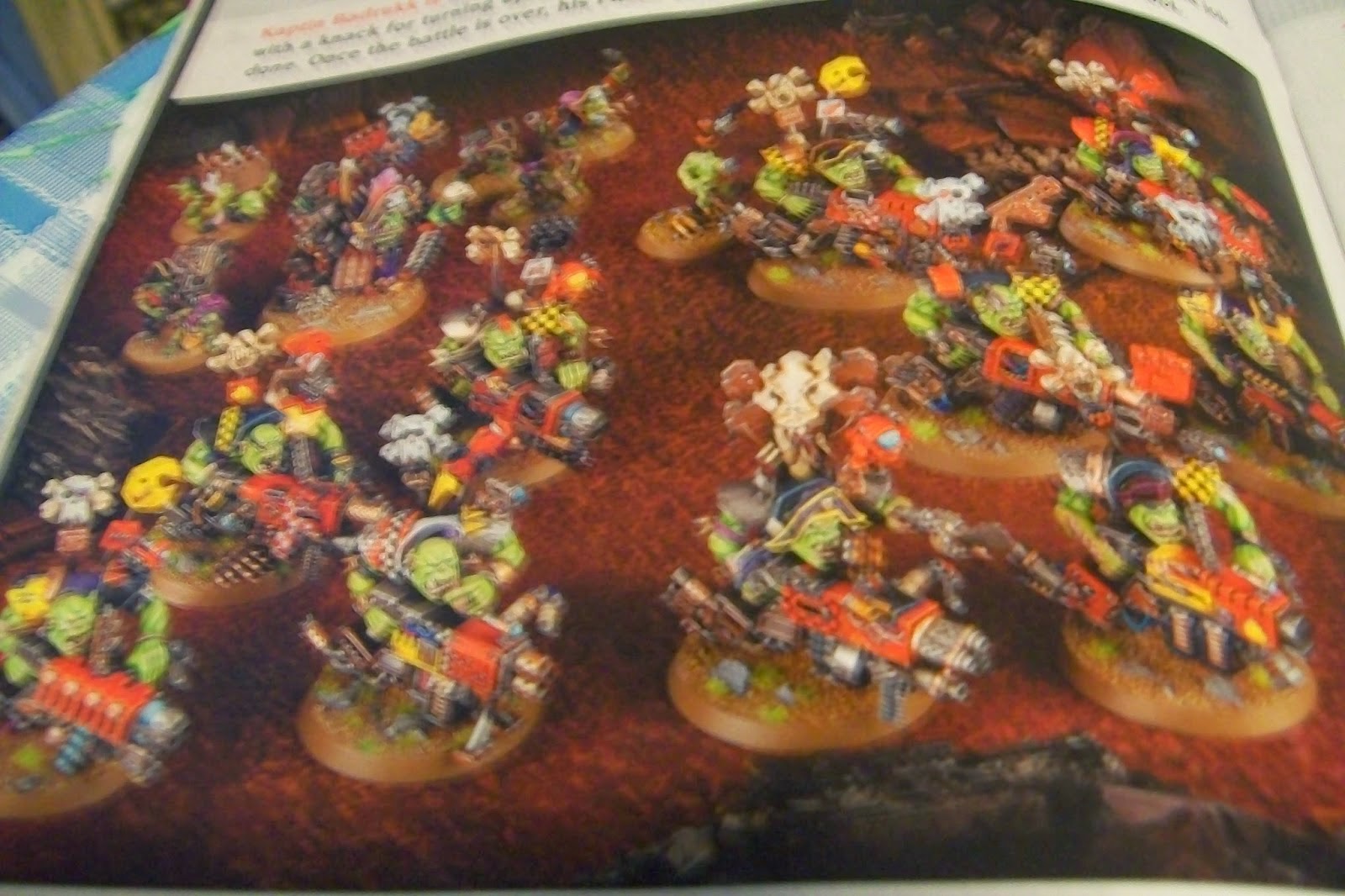 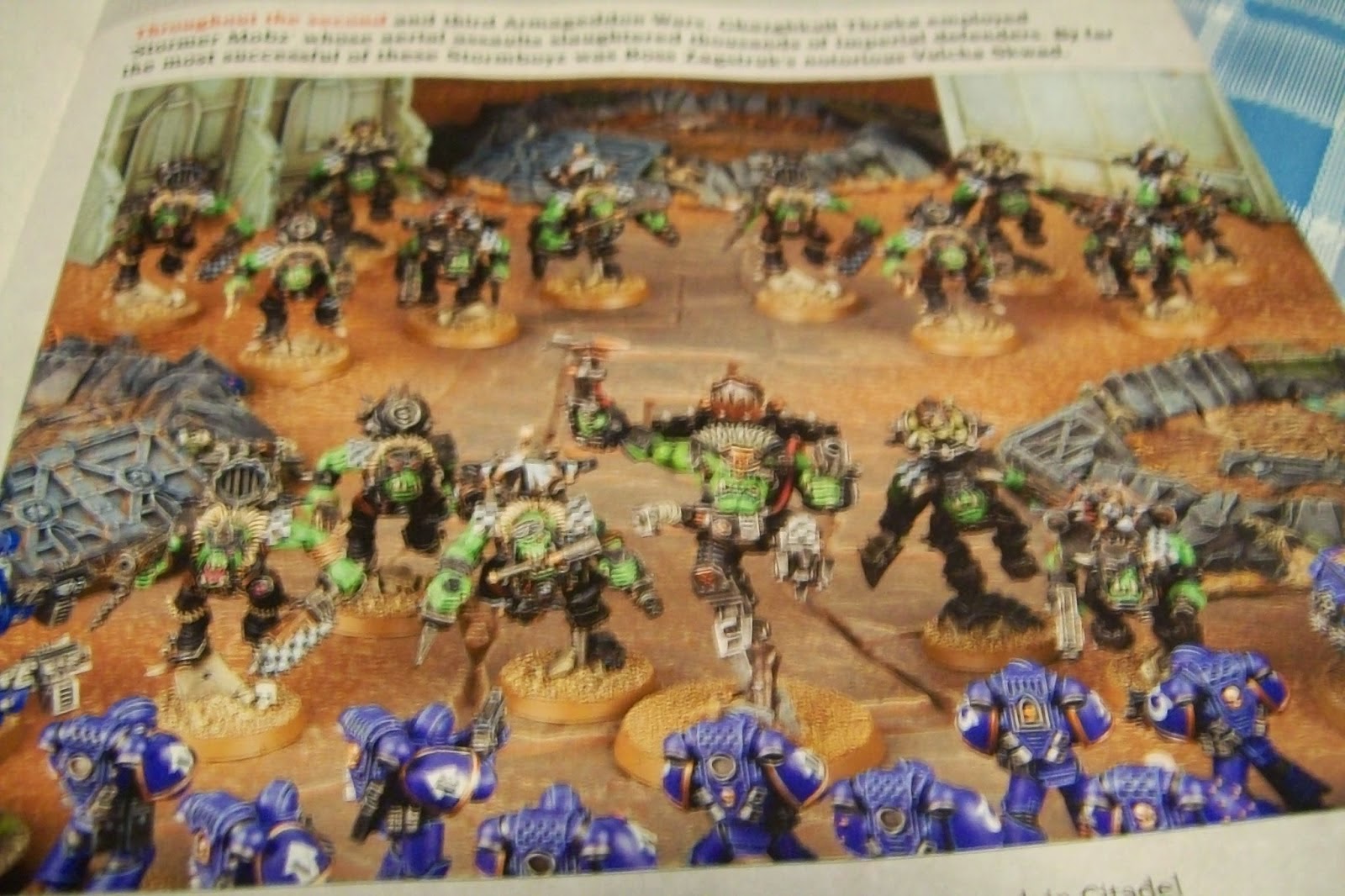 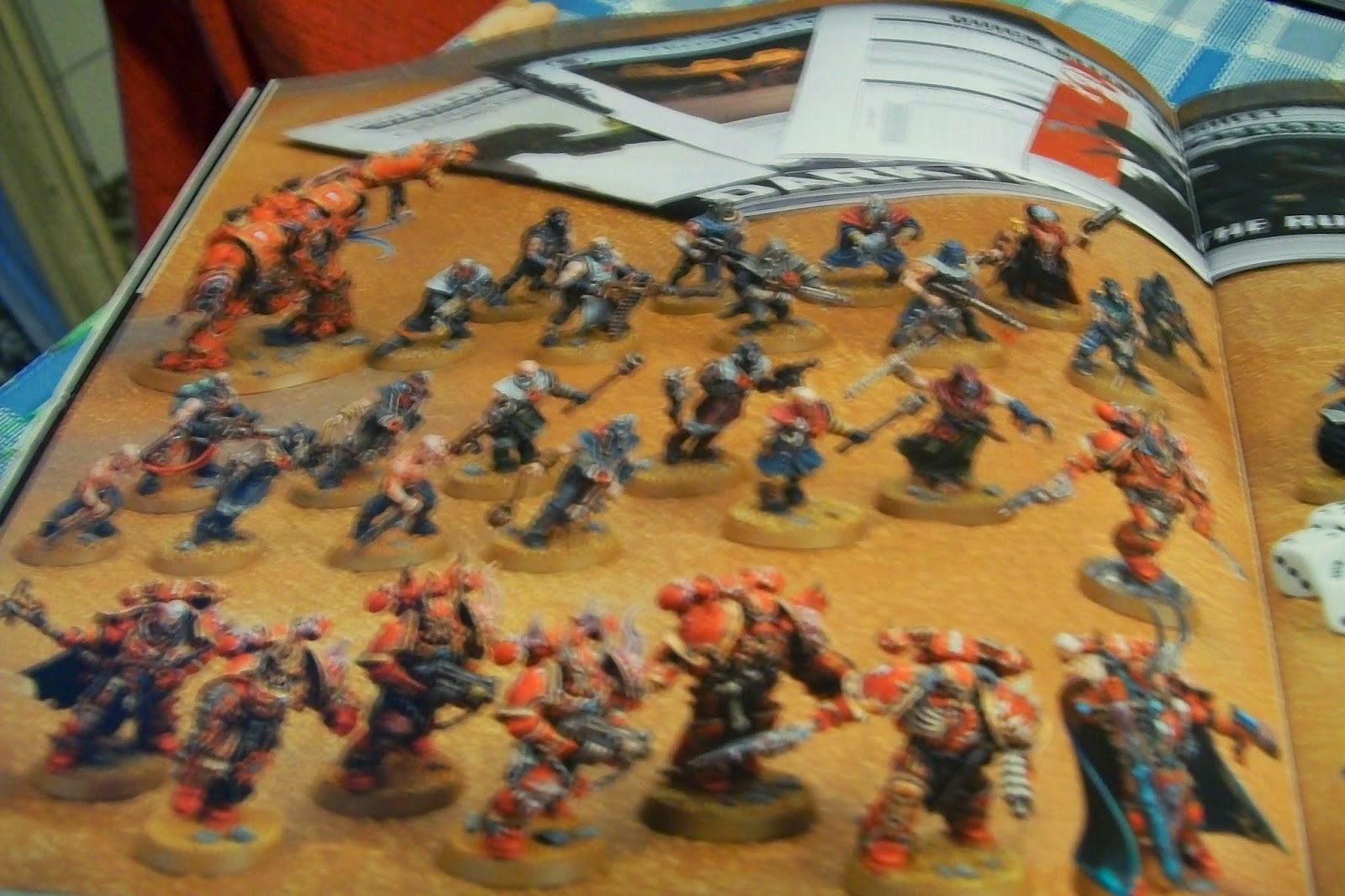 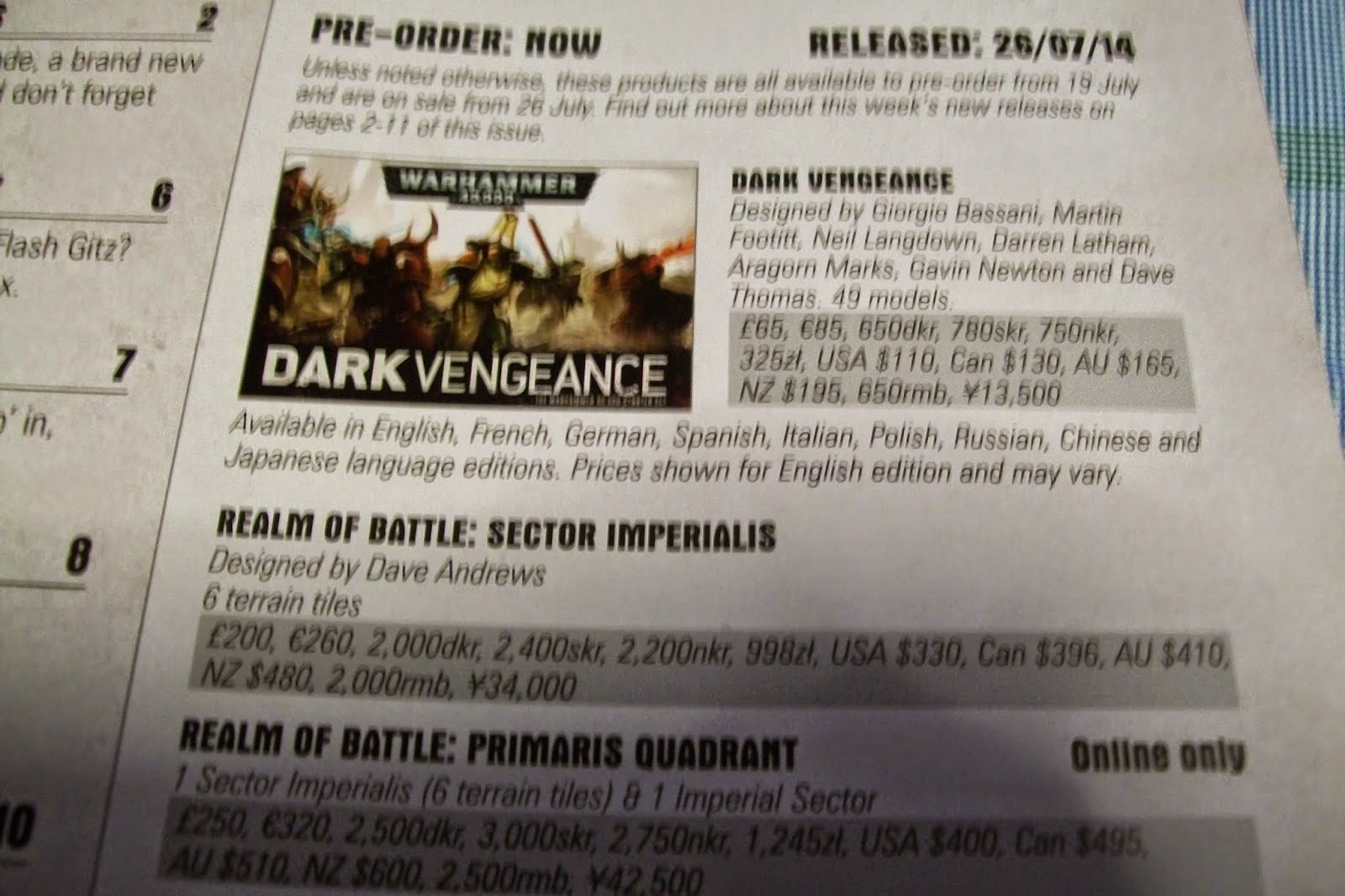