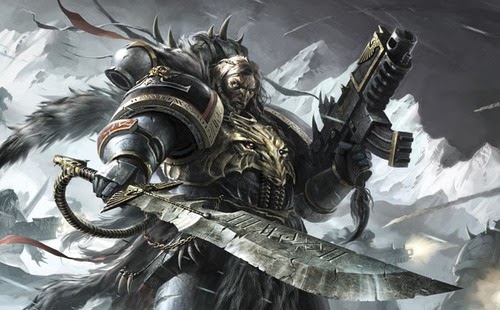 Following yesterdays Space Wolf Dreadnought leaks we have another image of the Murderfangs stat line which will be published in the upcoming White Dwarf. The Murderfangs defining feature is its Twin lightning claws which have the following stats: S7 AP2 Melee; Mastercrafted; Shred; Specialist Weapon. One arm
features a storm-bolter where as the other wields a heavy flamer. Murderfang is in fact a character and, living up to its name, comes with Furious Charge, It Will Not Die, Rage and Rampage special rules as well ignoring crew stunned and shaken results. The image can be found below. 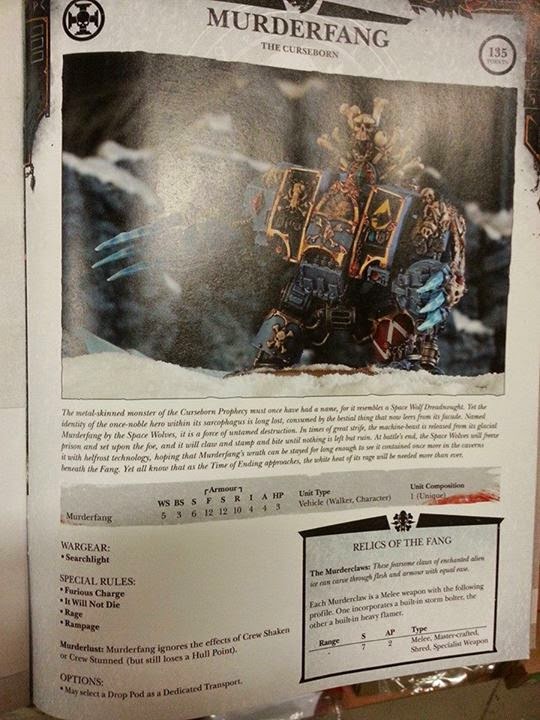