Fans of Victorian Steampunk will be pleased to hear that there is new miniatures game building up momentum over on Kickstarter. Infamy: Welcome to the Big Smoke is a tabletop skirmish game set in an alternate reality of 19th Century London. I caught up with James Griffiths, the man behind Infamy Miniatures, to discuss his campaign.

PH: Hello James, first of all let me thank you for talking with us at Talk Wargaming. What can you tell us more about your Kickstarter project Infamy: Welcome to the Big Smoke? 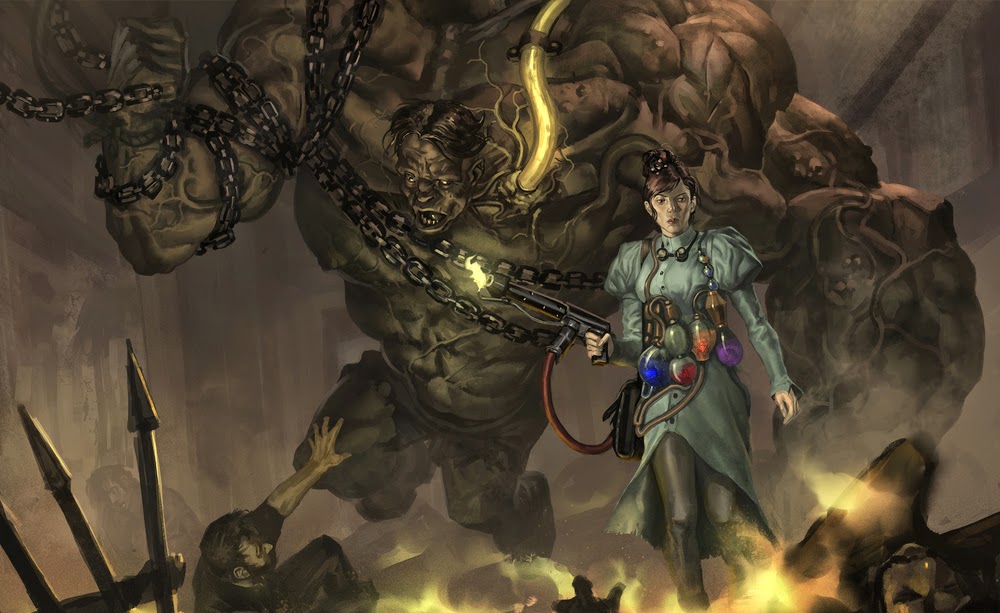 It’s a campaign that’s been a good few years in the making. I’d built up a little bespoke range of miniatures over the previous few years and had been selling them online and at shows. However, through the end of 2013 and into 2014 it’s become something more serious and focused. I’ve invested more, developed the range, started to expand greatly on the world that the characters live in, and made a skirmish game. The Kickstarter is the culmination of all that and it’s going really amazingly well.


PH: So of all of the potential Steam punk settings that you could of chose from what drew you to Victorian London?

It’s a very iconic city and, being English, it seemed logical to me to go for a place close to home. There are many interesting characters from history and literature based around London and I could come up with good justifications for others to move to the capital too.


PH: The characters and environments you have created definitely have a darker tone to them. Even those traditionally seen as ‘good’, Dr Watson for example. What encouraged to the explore the more sinister aspects of these characters?

I think it’s through the nature of wanting conflict (to facilitate the game) that you start to look for reasons people would be fighting. As is always the case, that pretty much comes down to greed, politics and religion. These are all things with darkness and sinister elements to them. There are certainly opposing forces of good, and a lot of grey areas in the world of Infamy: Welcome to The Big Smoke, but at the moment I’m paying particular attention to gangland scuffles. These folks have rather different drive and motivation to ‘the normal folks’ in the city and it can seem pretty dark. There’s still a lot of dark humour in the world though and that’s very apparent in all of the writing and background that myself and Dave Allen have been working on developing.


PH: As for the miniatures themselves, the examples we have seen so far are packed full of detail. Is this the reasoning behind opting for Resin cast in  32mm scale? 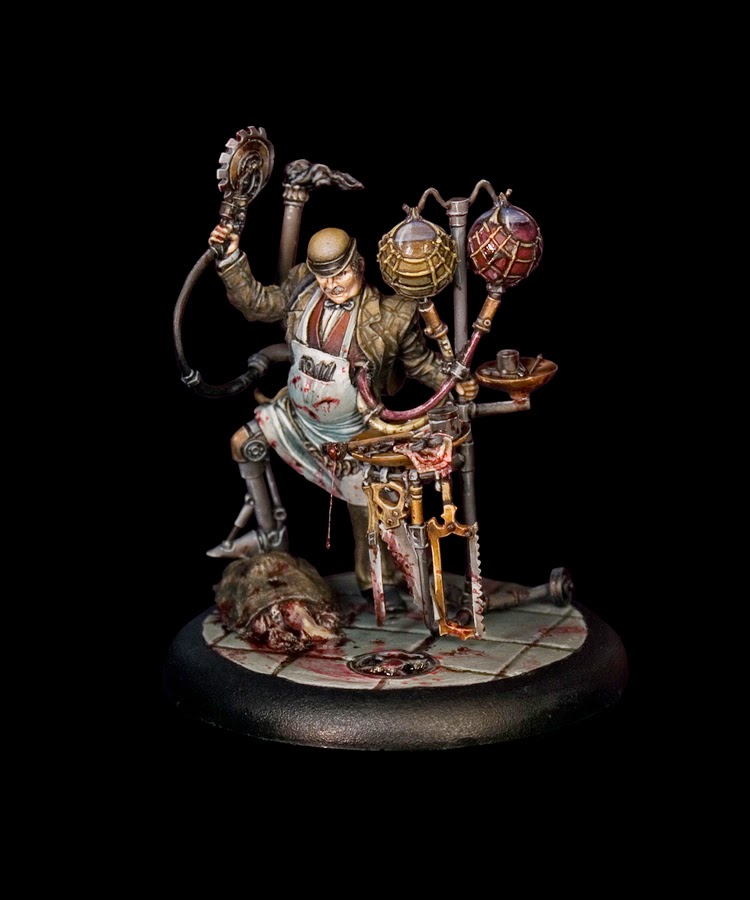 Yeah, high-quality resin is the best way to convey the detail in the sculpts without a doubt. 32mm scale is fairly normal to me. Ranges that I grew up with, particularly GW, have had so much scale creep over the years that I barely noticed as their minis grew taller and taller! ;) Infamy miniatures are all true scale, so they look more realistic than heroic models, and the few extra millimeters just gives a little more room for the sculptors to show off their mad skills!


PH: As a table-top game,  how does Infamy stack up against others? Could you draw parallels to other skirmish games such as Malifaux and if so what makes Infamy stand out?

Infamy: Welcome to The Big Smoke is a skirmish game, played between gangs that are led by a Kingpin (Holmes, Talullah Belle, The Toad, etc.) and consist of just a few characters. There are no faceless grunts, they all have names and personalities and skills that compliment that. The gangs and gameplay has a lot of depth and many different synergies can be experimented with.

As far as playing, it’s an alternating activation sequence game and attacks are resolved through opposed dice rolls. What really makes the game more unique though is the way that a playing card ‘blackjack’ system is used to determine your characters’ efficiency each turn. Each model is dealt an up and a down card at the start of the turn. The closer these are to 21, the more and devastating skills they will be able to use. Decks can be manipulated to ensure the right models have the right amount of power by ‘twisting’ – drawing another card. This can move your total closer to 21. However, if you go above 21 by twisting your abilities in attack rapidly decrease. This brings in risk reward management. Add in the importance of suits, with each one representing one of the four specialisms in the game – Strength, Skill, Intelligence and Technology – and things get more diverse and interesting. Finally, it is also a viable tactic, if you’re about to be slammed in combat, to intentionally bust your hand and go as far over 21 as possible. This will mean you will be ineffective at attacking that turn, however, by busting your defensive ability increases. Again, the risk reward factor kicks in.


PH: Your Kickstarter Campaign has already achieved its target and is well on its way to racing past all of your stretch goals. How will this tsunami of support affect the project? 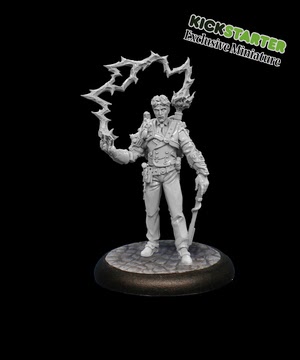 It means that I can continue adding very cool models as stretch goals! I’ve already added loads of new minis and I have a few more waiting to hopefully join them. It also means more players, so more great feedback on the rules when the living rulebook is launched online and gamers can start to test out games. It will make for a more balanced and exciting game.


If you would like to contribute towards Infamy there is still time! The project has already been funded and ends on the 10 August so get your pledges in fast. The Kickstarter page can be found HERE.