The Ork releases are beginning to pick up the pace a bit now with a slew of new pictures being leaked from the upcoming White Dwarf. There isn't anything that we haven't already seen in the 'How to Paint Your' guide leak though but it is nice to see some close ups.

First up we have the Mek guns which are Gretchin manned artillery pieces. Among these we some have such comedic additions as the Bubblechucka, a weapon which projects a force field around the target which slowly shrinks to crush its contents. We also have the Traktor Kannon, a grasping energy beam which can pluck fliers out the sky, and the Kustom Mega Blasta which is a smaller version of the Morkanauts main weapon. Finally we have the Smasha Gun, a weapon which uses lifta droppa technology to throw enemy vehicles around. This kit looks excellent and will surely come packed with tons of weapons in which to convert that Looted Imperial Knight with. Hiding in the background of some of these pics is also a new looking Big Mek, it is hard to tell though if he comes with the kit or is a separate entity. 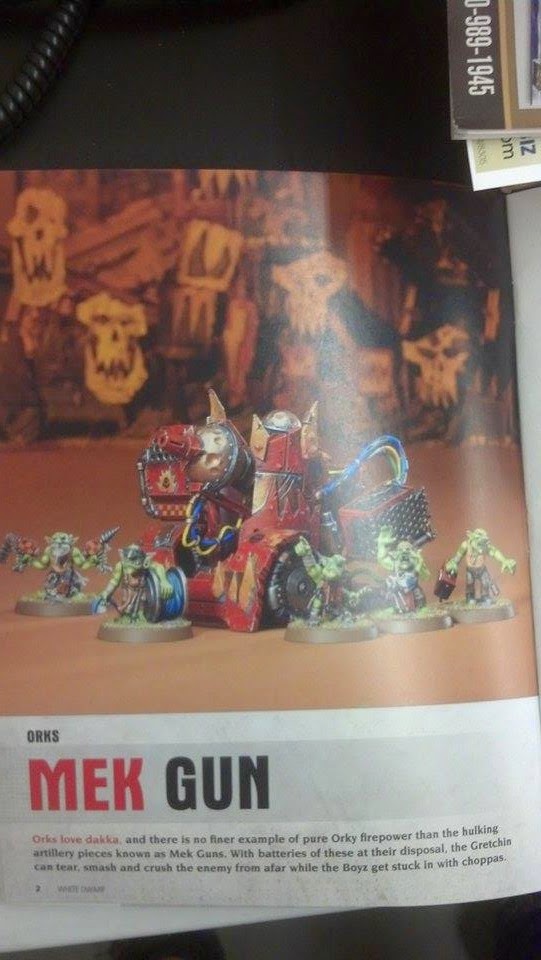 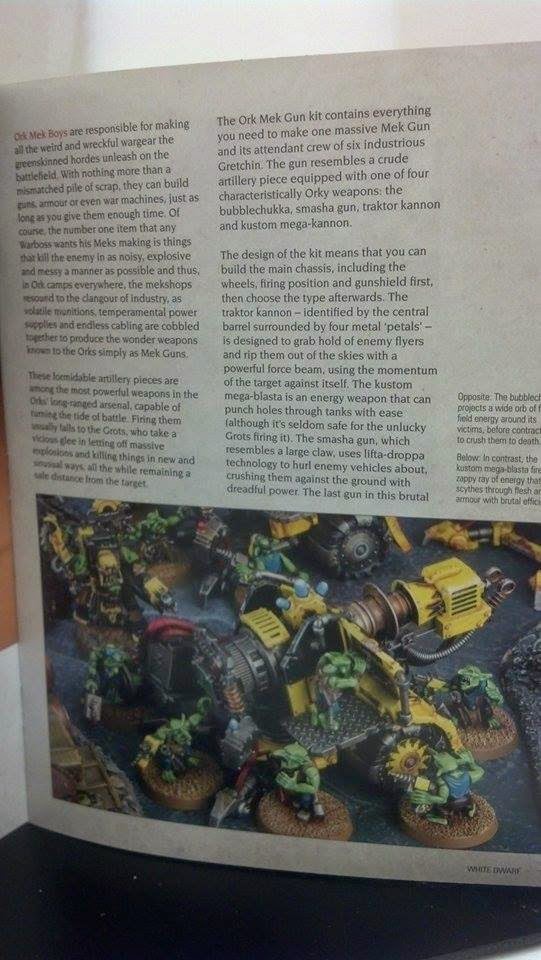 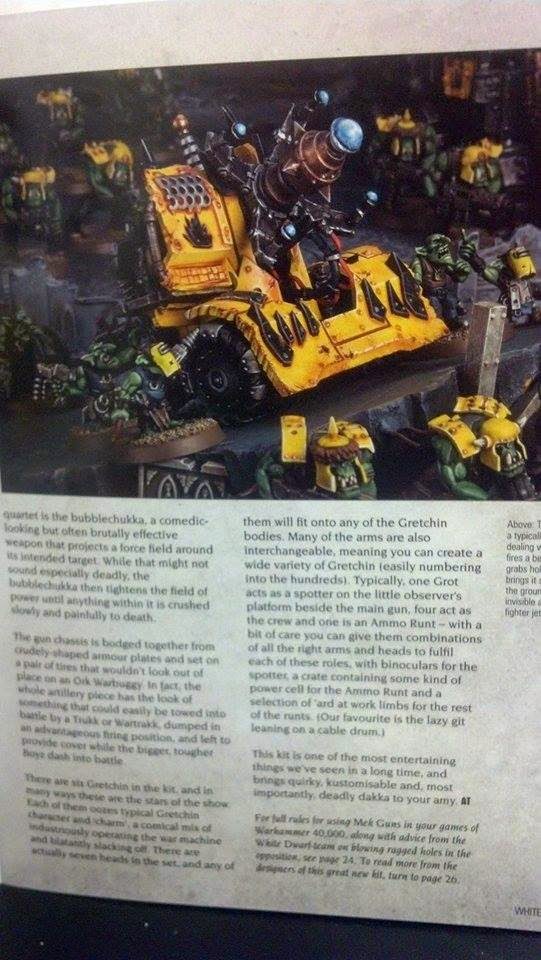 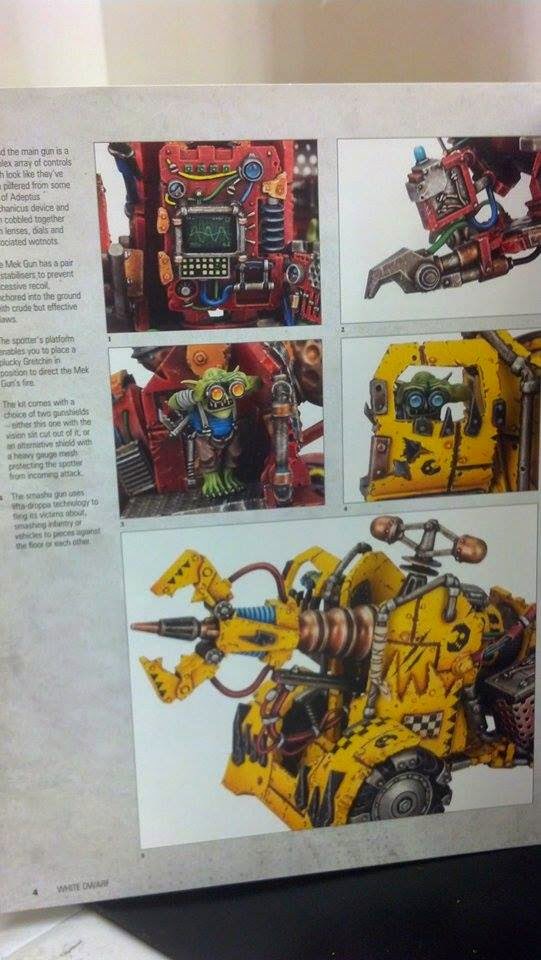 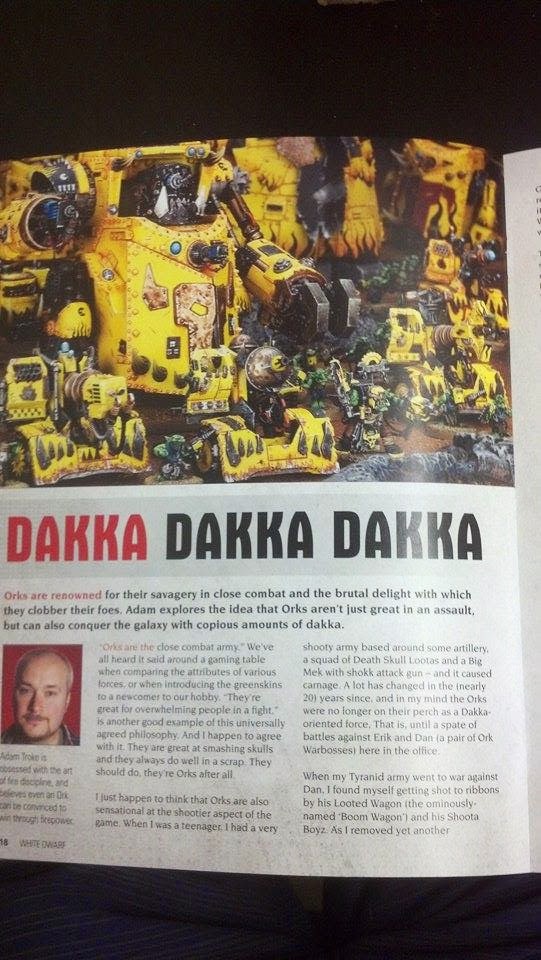 We also have a few pics of the updated Shock Attack Gun which is now coming in a plastic kit. It hasn't change much since its metal incarnation but there is now some lightning arcs on the spinning gubbinz and a support arm. 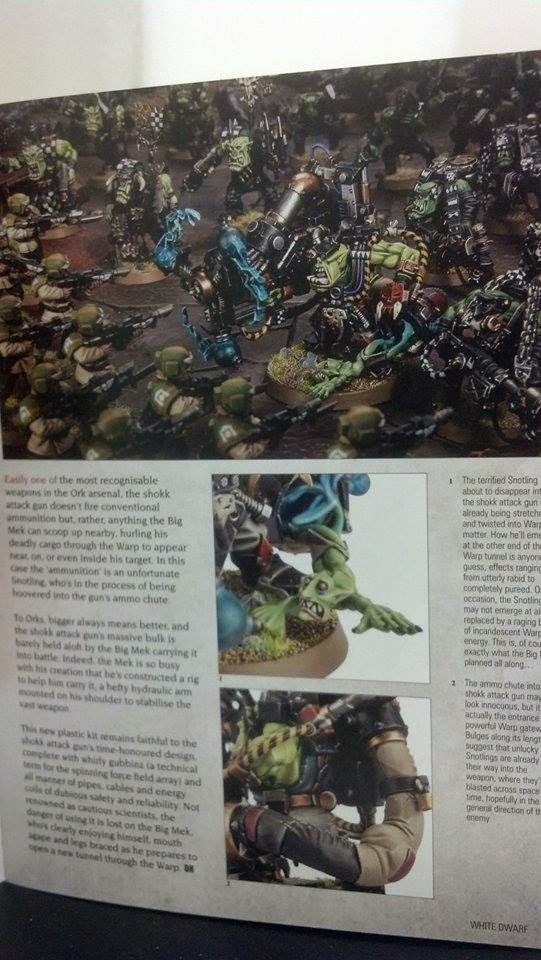 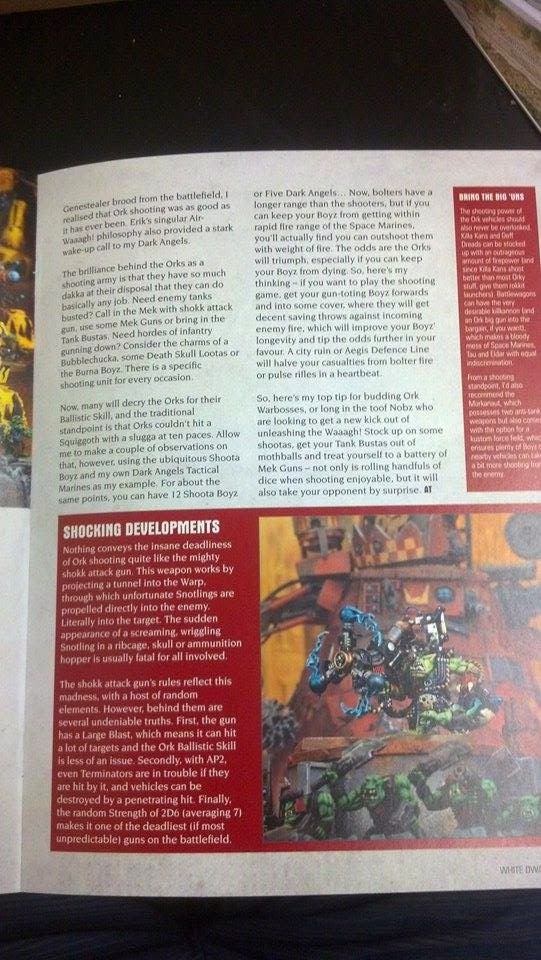 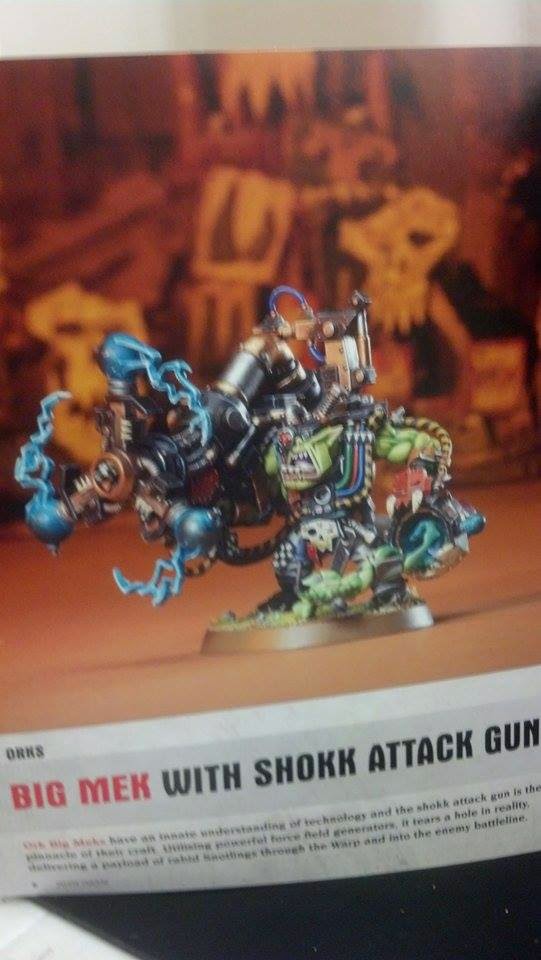