It is the beginning of June and Games Workshops new release strategy has been going for 4 months now. Back in January our armies new editions were entirely released on one day and our White Dwarf came once a month but now we have now been getting something new every week instead. So what effect has this change had?

Influenced by the Lord of Change 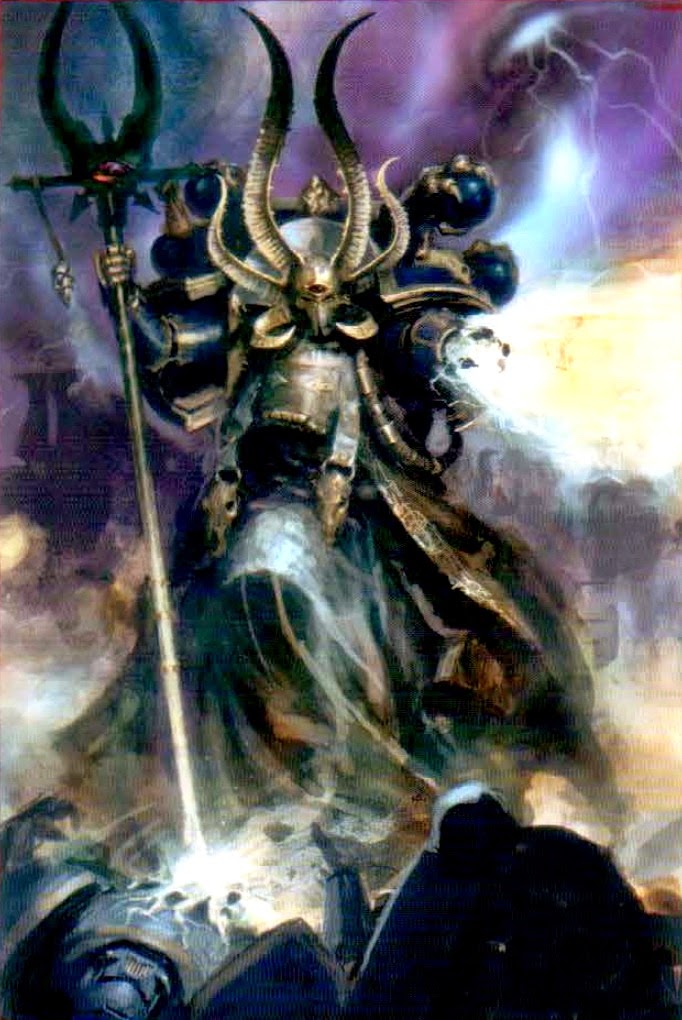 In order to determine the effect we need to look at Games Workshops motives behind their move to weekly releases. Which isn't always an easy thing to do considering they seem to often be influenced by the Lord of Change himself. Probably the most obvious reason for the change is to encourage people back in to stores. If you are lucky enough to be situated close to a GW store or an independent stockist then you might visit them to buy your minis, pick up White Dwarf or play a game. Under the old system, you wandered in maybe once a month if you had no other real reason to visit. Under the new 'regime' you might be visiting every week to pick up your White Dwarf weekly or to purchase all three parts of a release on their release date. What GW are hoping for is that on these multiple visits you may be likely to pick up a pot of paint, or maybe a paintbrush. And oh look they
have a really nicely painted character from that army you have always wanted to collect but never got around to and now you just want to buy it because you're in the shop and why not!? *Gasp* This is known as add-on sales and why most shops have a tendency to place a few cheap items around the checkouts. The plan is to squeeze as much cash out of you as they can before you leave the shop.

This brings me nicely to the second reason that White Dwarf was (most likely) split into 4 issues per month. If you have played Team Fortress 2 or any "Free" social game you will be familiar with the term 'Micro-Transaction'. The idea is to trick you into spending more money over time by making the individual transactions smaller. Most people would be reluctant to fork out $50 in one go for Farmville, but a dollar or so a week seems quite reasonable. Until you've been doing it for over a year that is. So now when you're in your local Warhammer stockist to check out the latest releases or to get a game, $4 for a magazine doesn't look so bad.


Now these changes seem perfectly logical until you think about the people who are buying the products. I would say that most people have a monthly budget which they will try and stick to, after all Warhammer is probably less important than food and utilities.... probably. You might be able to squeeze a few pots of paint of these people as and when they need them but I imagine that the impulse buying is relatively low. No doubt there are those miniature loving cash cows who will want to buy all of the shiny new things who GW will milk dry, but these are probably not the majority.

So now that we have a couple of potential reasons behind the changes lets look at how these have affected the Warhammer buying community at large. How better (or cheaper) to assess this than with a survey? Yes you read that correctly, Talk Wargaming is getting all scientific (scientific in the way homeopathy claims to be). We are looking for your feedback in how you've been affected by Games Workshops changes to their release schedule. It only consists of 4 multiple questions so it shouldn't take you very long to complete. You can find the survey HERE. If you participate then thank you, if you don't then may you drop all of the fiddly bits of your models so they roll under things and disappear, forever! The results will be published next week along with pretty graphs and everything.