The paintbrush is truly the wargaming hobbyists best friend, without it your miniatures would lie bereft of color. Even the airbrushers among you cannot deny that the humble bristle brush has a place in your tool box. As a result, the Ichiban Studios Pro Line Brush range, which is currently being funded on kick starter, will appeal to nearly every miniature painter out there. I (PH) spoke the Hugo Matte (HM) the man behind Ichiban Studios and winner of numerous painting awards, including the coveted Slayer Sword.


PH: First of all let me thank you for talking with us. Lets begin the interview by talking about your own background, where did your interest in miniatures begin?

HM: Its a pleasure thank you for having me! I've been painting and building models for more than 20 years now. I've started in the military scale modeling and did solely that for many years. eventually i got bored of it and i wanted to quite. But a friend of mine brought me to a games workshop store and all changed! I've realized there were so much more than just military scale modeling and got into painting fantasy miniatures. Then I ended up where I am today!

PH: In terms of credentials, you have had a number of Golden Demon successes and have even been awarded the highly coveted Slayer Sword. I may be asking the impossible here but what was your favorite submission? 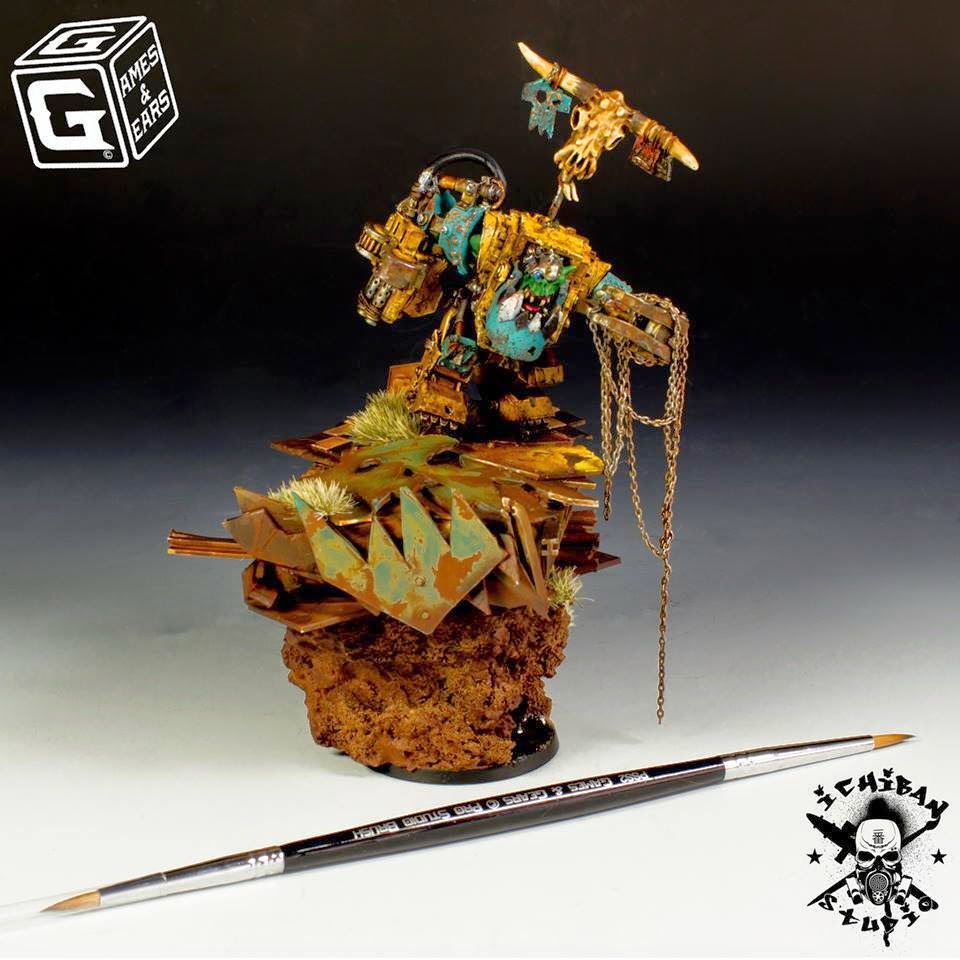 HM: I'm not quite sure, once i finish a model especially a long project for competitions i'm not really happy with the model mostly and just wanna change and work on something else. But if i would have to say I guess either the Reaver Titan that got me gold last year at golden demon or GhazGhkull that got me the Slayer Sword would be the ones i like the most.

PH: So what was it that encouraged you to produce your own range of paintbrushes?

HM: I paint a lot therefore I do change brushes a lot. Which allowed me to try out many brush companies to find the perfect brush for me. But that quest was never really fulfilled. There was always things I didn't like or things i wanted extra. Then this changed when I got in touch with Games and Gears. They decided to offer me the chance to work with them to design the brush that i always wanted. So fast forward to now and that exactly what i did.

PH: What is it that sets these paintbrushes apart from other manufacturers?

HM: Hair wise is high quality red sable so it on par with most of the other high end brush manufacturer out there. Of course painters are like groupies some are sold to some brands and only swear by it. I truly respect that, each company or series have different characteristic that set them apart. Me I wanted a hair that resemble the Windsor and newton series 7 brush but i wanted the bristles to be a little bit longer so that played a lot on the design. Then there was an issue of comfort, most of the brushes on the market have small handles and its not really comfortable. Just think about it when you write there isn't really a lot of pencils that are the sizes that traditional brushes are. Its because a bigger handle is more comfortable and gives you more control. Granted for some people it might not be idea or even the opposite but in majority this will be true. Lastly I wanted a way to carry or store the brushes not to damage them. That is why when went with the brush side that can be inserted inside the brush handle.

PH: So would you go as far to say that owners will see a marked improvement in their painting experience from using your paintbrushes?

HM: Very good question! To be truly honest yes and no. It depends on the brush they used before compared to this one. If they were already using a high quality brush then it should be on par with it hair wise but then factors that will be different will be the handle comfort and also the possibility of storing the brush for travel.
On the other hand if the previous brush they were using was of lower quality then it will be like night and day talking about the hair.

PH: You currently have four paint brush sizes available 00, 0, 1 and 2. it might be jumping the gun a little but would you consider expanding this to other sizes and shapes?

HM: We will, the range will grow after this kickstarter will be over and the brushes are ready for distribution and retail.

PH: Your Kickstarter campaign has been a resounding success thus far with the project being funded within minutes of going live. I imagine that you are very pleased with this.

HM: Its been over whelming, because first of all the first backers are mostly people that follow me directly or indirectly via YouTube, Facebook and twitter. So to see such a support is incredible and truly make me feel humble to have such a great community behind me. And then all the other people that have joined in the kick starter after is mind blowing. I truly feel blessed and I'm happy we have created a product that seems to appeal to many painters need!

If you would like to get your hands on some of these amazing brushes then head over to the Ichiban Studios Kickstarter Project and pledge your support.
By Unknown