This year marks the 100th anniversary of the start of World War One, as a result their has been a vast increase in its exposure through TV, films and other media. This influence has also extended into my hobby
projects with recently started WW1 inspired Imperial Guard. In this tutorial I will be discussing how I made use of sculpting to convert the basic trooper.

As a keen amateur historian myself it is refreshing to see one of the most influential moments in Western History to be in the public's conscience once again. So understandably, when starting my force I was drawn towards the British Soldiers of WW1. Their uniform and equipment provided me with the perfect base in which to build a fluffy and unique force off of. 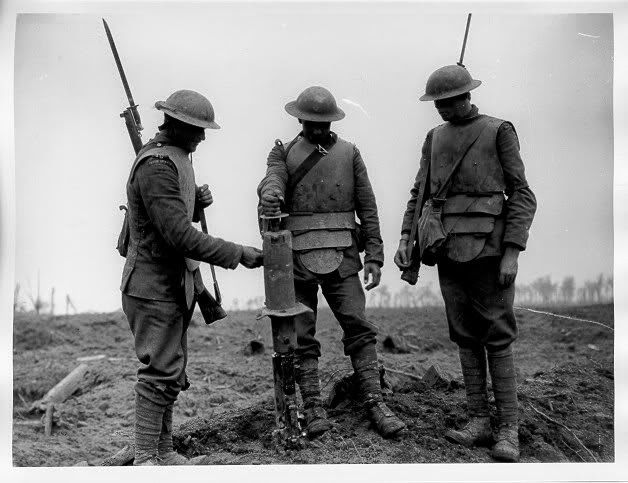 The image to right supplied all of the inspiration I needed and I got to work designing my foot soldiers. The main aspects of the British Infantryman that I wanted to reproduce wee the 'Brodie' helmet and
the foot wraps or 'Puttees'. The helmets were not a problem as I could buy these pre-made but the foot wraps would require a custom sculpt. So I decided to create a short tutorial on how to get the effect on your own models. It’s simple but effective conversion which can help to give some definition to the hordes of seemingly identical guardsmen.

Take a pair of Cadian legs and, using a file or hobby knife, trim the ankle part of the boots. Narrow down the ankle as far you can before you start to feel it is becoming weak. The more you can trim off the better the wraps will look. Avoid cutting or filing the trousers however and only concentrate on the ankle/lower shin, possible trimming the bridge of the boot slightly as well 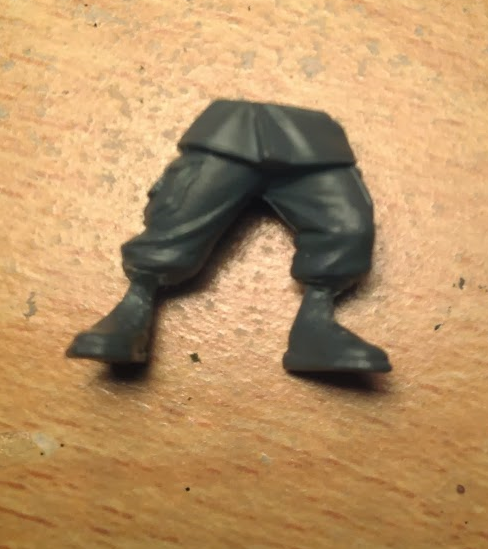 Mix up some GS and leave it to cure for about 40-60mins (I find that this process is easier when the GS is a little harder and not quite as sticky). Roll it out flat to about 1mm in thickness, I used the round handle of a hobby knife.

Using a hobby knife cut the GS into strips with a width roughly equal to the gap between the trousers and the bridge of the boot. Cut the strips down into more manageable lengths. These should wrap entirely around the ankle with only a little overlap. 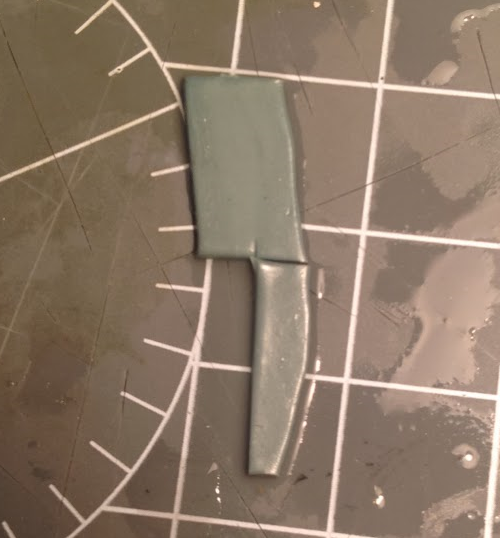 Now apply the GS strip to the ankle (I find that a wet paintbrush is great for this), start by placing one end of the strip and then wrapping it around the ankle as tightly as you can without stretching the GS. Try not to
overlap too much and trim any excess. I would recommend doing one ankle at a time, allowing it to cure before moving on. There is nothing worse than completing the second ankle and finding you have pressed onto the previous ankle wraps before it has dried. 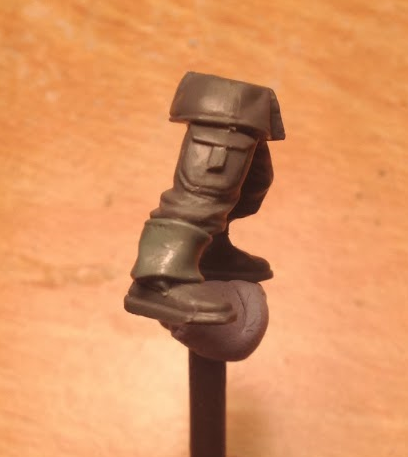 If the strip is loose on the ankle use a when sculpting tool to press it into the ankle, ensure that it does not move before proceeding. You may struggle to get it to stick if there is water or vaseline between the GS and the ankle. You only really want it on the outer surface. Use a tissue or cotton bud to ensure the contact points are free of lubricant.

Once the GS is firmly affixed to the ankle, use a damp hobby knife to press some parallel groves around the circumference of the ankle. About three or four even groves will do for now 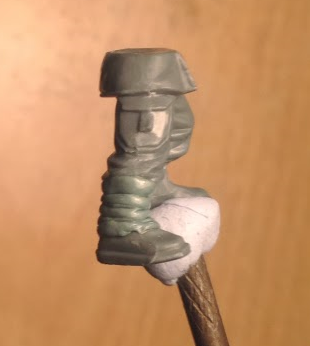 Continue to divide the sections until the bands are at a width of your liking. Adding the odd diagonal line between two parallel bands will help to reduce the uniformity of them. You can quite easily achieve a more distressed look by adding small nicks in the edges of the strips. Use the tip of a hobby knife for this. 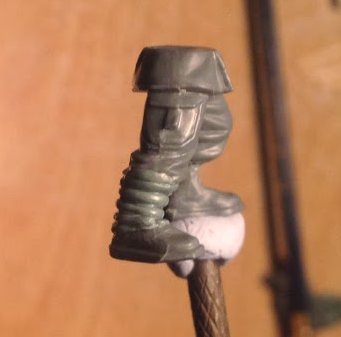 Wait for the GS to fully cure before painting to a color scheme of your liking. 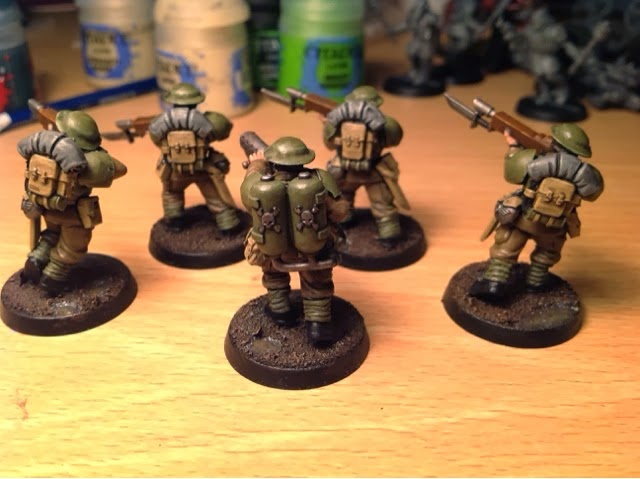 The result is a subtle change which, combined with the other alterations, put the WW1 Infantry man firmly in your mind. These 'old fashioned' foot wraps do not even look out of place on a soldier from the 41st millennium. We often see a mix of the archaic and the futuristic and these antique uniform additions embody this perfectly.

This technique isn't limited to use solely on 40k guardsmen or even on ankles. It would be quite simple to apply the same tutorial to make rough bandages or even scruffy looking Empire soldiers for Warhammer Fantasy.

If you would like to see more of my WIP WW1 Imperial Guard, visit my Gallery.