Last week, Games Workshops new website was commemorated with a free Web Exclusive Space Marine captain when you spent over a certain amount on their webstore. Well today I received my order containing the Space Marine in question and below I have a video un-boxing and a review for you. 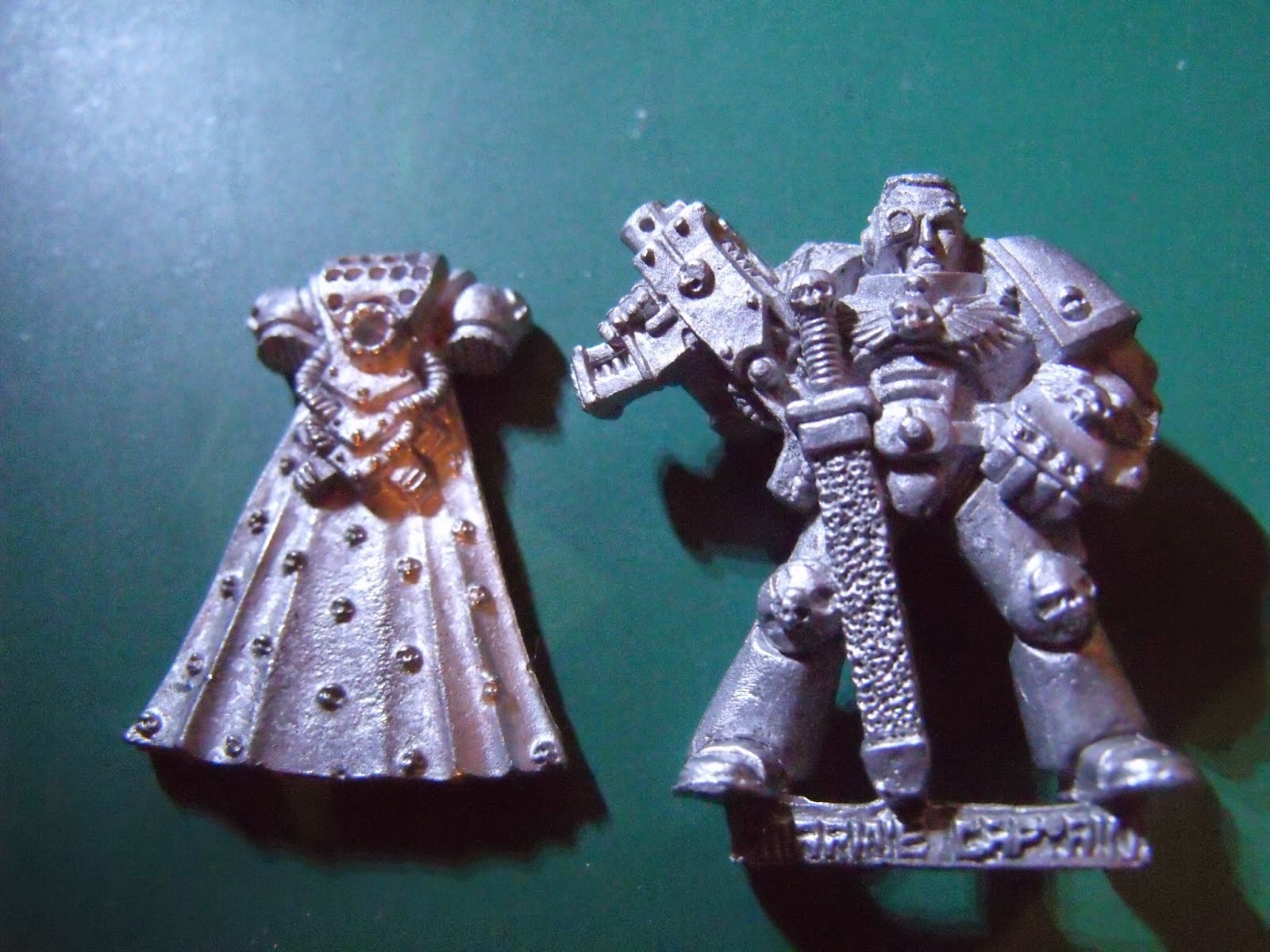 The Space Marine Captain consists of a single sprue within a clam pack and he is armed with a storm bolter and a power fist. The model is heavily adorned with skulls, these include his knee pads, shoulderpads, power pack, bolter, cloak, they really are everywhere. These skulls are mostly concentrated around his scabbard
and to be honest I think that it is just a little too Khornate for an Ultramarine. The miniature is based on a
1991 Games Day exclusive so this does go some way in explaining the design choice. 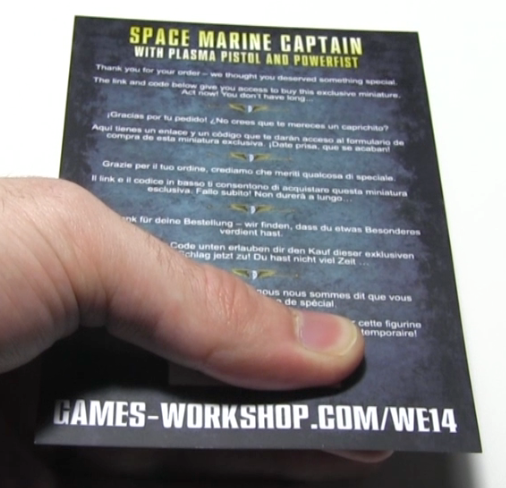 But that wasn't all, along with my order I also received a rather unassuming black envelope with the words 'Web Exclusive - Classified' embossed on to it. Inside this envelope was voucher of sorts inviting me to purchase the second Web Exclusive Space Marine Captain. The link to which can be found here. Now you
do require a code in order to purchase this model which is also included on the voucher. This captain comes armed with a power fist and a plasma pistol.

I think this is quite a clever ploy by Games Workshop to drive more sales on their web store. Offering a free miniature will also draw back some custom, at least initially, from the cheaper independent retailers. I for one do not normally purchase direct from GW but they recieved my custom as a result of this.

The model itself is quite a nice addition to your Space Marine force, it will also give it a unique look once these miniatures become hard to get a hold of.  I'm not a fan of the skulls really but they are tolerable for a miniature which is not bad overall.

I will also be getting the second Space Marine captain in order to complete the set so expect another product review then.