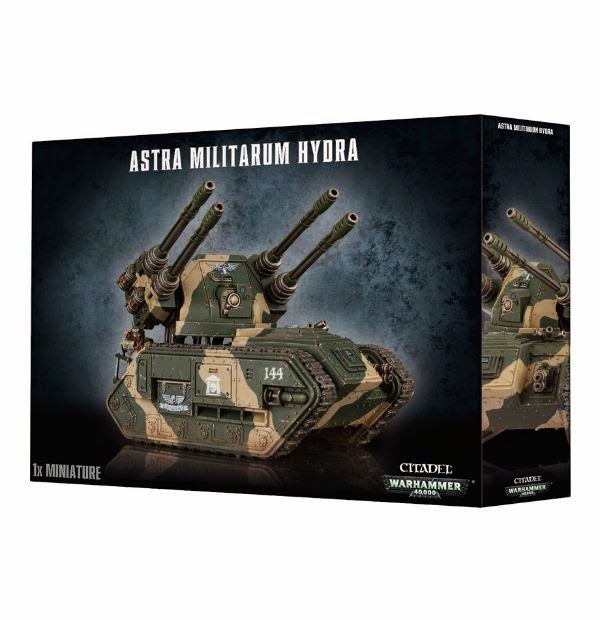 The new Hydra / Wyvern kit was released today for the Astra Militarum and we at Talk Wargaming have recorded an unboxing video for you. We not only give you an up close and detailed look at the sprues but
also share our thoughts and some tips on the kit itself. If your not a fan of video unboxings then we have also written up a review of the kit as well.

In the box we get 2 sprues, one being the standard Chimera chassis sprue and the other containing all of the parts for the gun platform itself. We also get an Imperial Guard vehicle transfer sheet and an instruction booklet. 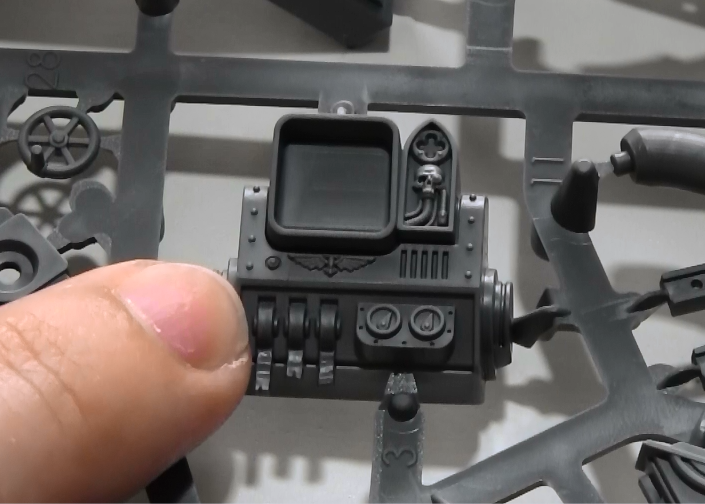 There are a lot of nice details in this kit such as the targeting computer with the integrating shrine to the Machine God. There a also a number of manual wheels and levers which offer a nice combination between the mundane and the hi-technology often attributed with the 41st Millenium. The cannons themselves are mostly alike with the only differences being the barrels and the ammo hoppers. We also receive two crew members to man the cannon, one a gunner and the other to read out co-ordinates.

The actual chimera chassis differs slightly with the addition of a more heavily armored driver compartment, similar to that of the Manticore/Deathstrike.

My only gripe with the sprue contents is the lack of optional extras. There are pretty much zero customization of the crew as we only have two heads and no additional arms or equipment. Beyond the main choice of a Hydra or Wyvern there is only the choice of the hull mounted heavy bolter or heavy flamer. Additional details such as tools, stowage, searchlights or dozer blades are also absent. These aren't a huge deal if you have other vehicles as you could quite easily mix and match parts.

Overall I quite like the kit, I've always liked the Forgeworld Hydra so I was very happy when I heard that this was getting a plastic remake. The kit is very well detailed, especially with the platforms mechanics, but this is slightly damaged by the lack of additional accessories. 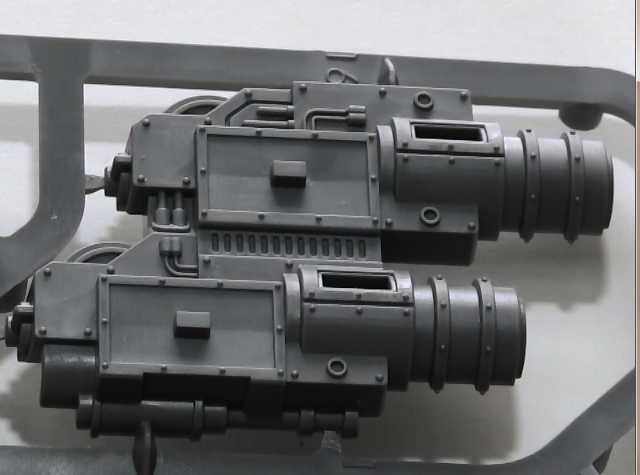 I was also pleased to discover that, at least from a preliminary look, there is the possibility to make use of both Hydra and Wyvern weapon options by magnetizing or pinning some of the parts. The Wyverns Stomshard mortars can be turned into Hydra auto-cannons just by 'plugging' in some long barrels and changing the ammo hopper. It is always nice to see these possibilities on kits, especially with the multi-option kits Games Workshop often produce these days.

So if your looking to take some anti-air support or going up against some hordes of infantry then the kit is definitely worth picking up. The design is solid and the detailing is superb, my only suggestion would be to assemble and paint the platform and crew seperately from the chassis. It will save trying to get your brush into some awkward spaces.

As with all of our un-boxings the models were bought from Element Games who offer 20% off new GW releases and 15% off everything else. To receive double points when you order, use the code PET818 at the checkout. We will also be getting the Ogryns and Commissar which are being released next week so expect to see another unboxing video and product review then.