After typing in www.games-workshop.com into my browser this morning I was presented with the following page and I was not allowed access on to the site:

The ominous 'Its coming...' most likely refers to the fact that the new site will be arriving soon. What is also interesting of this page is the image of the sprue. It appears to be some sort of Space Marine commander sprue, similar in composition to those seen in clam packs. I do not recognize this from the current range so I would imagine it would be some sort of 'commemorative' edition model to mark to release of the new site.

We have received a higher quality image of the sprue and the mystery Space Marine has now been revealed along with some information on how it can be obtained: 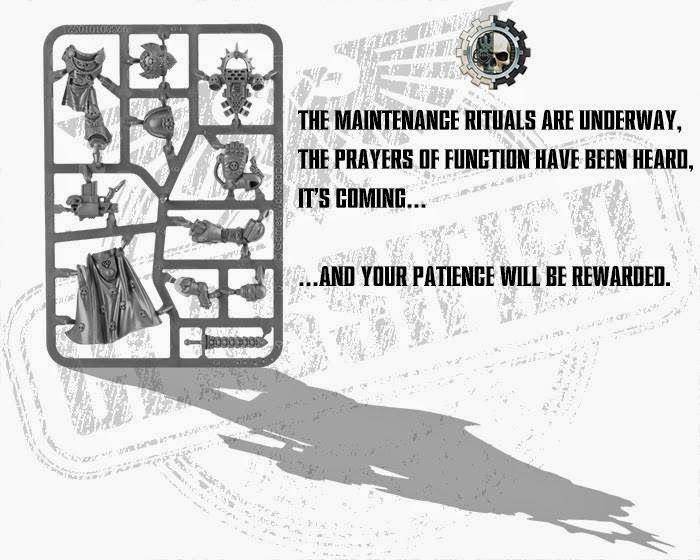