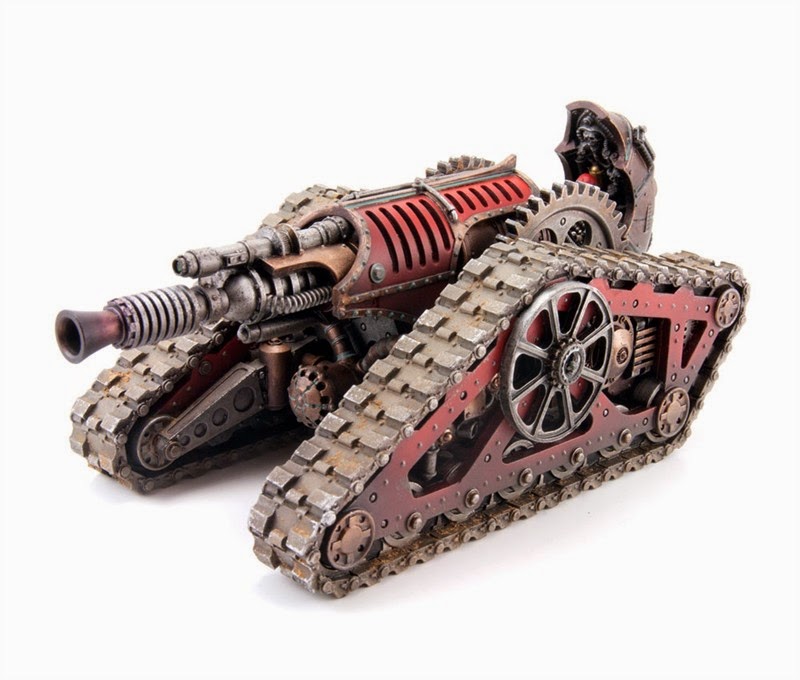 The latest forgeworld newsletter is out and it has another batch of pre order goodies for us. 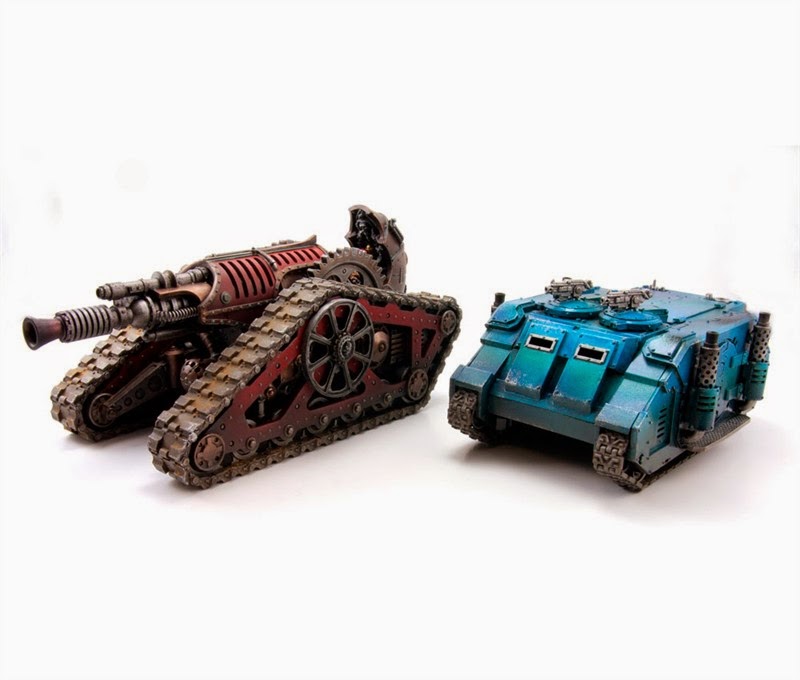 First up is the Mechanicum Krios Battle Tank.

The Krios Battle Tank is a vehicle of arcane and ancient design that fulfils a tactical role within Mechanicum armies similar to that of the Predator tank more widely used by other forces of the Imperium. Its durability is provided by interlocking defensive energy fields, rather than physical armour, lending it a deceptively skeletal appearance.


The most common armament mounted upon the Krios is the lightning cannon. This configuration takes advantage of the tank’s powerful on-board reactor’s vast energy capacity to create a laser-path guided electromagnetic beam, able to vaporise flesh and rupture heavy armour with ease. 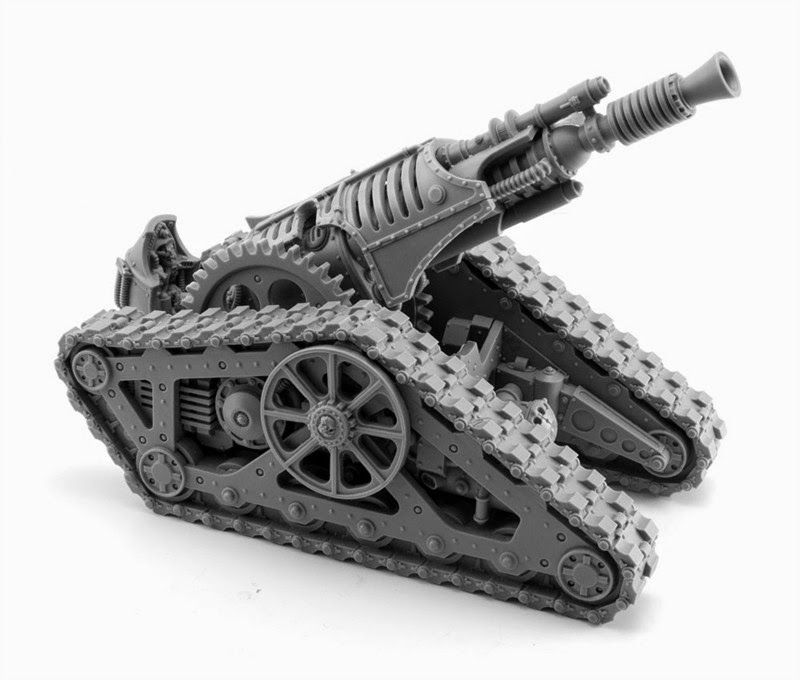 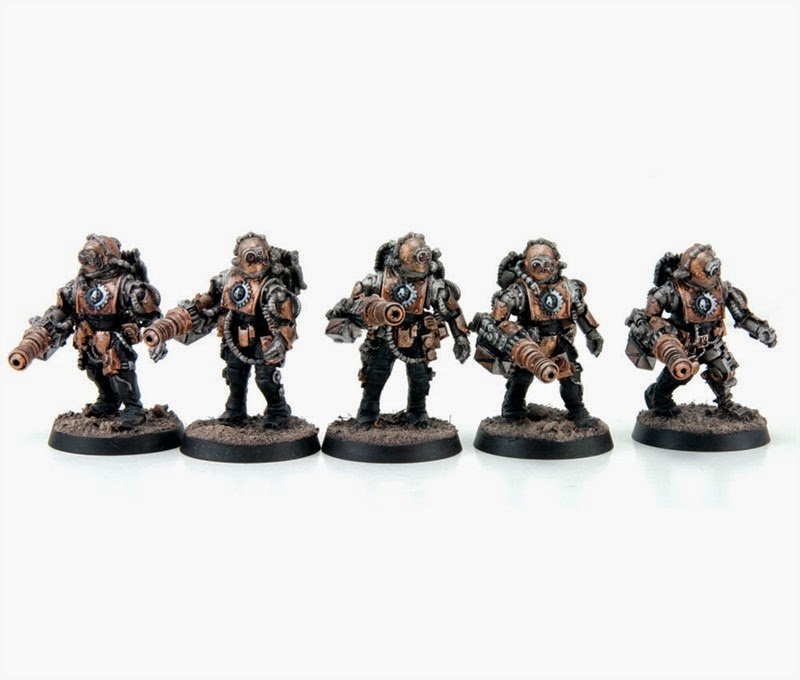 Next up we have the Mechanicum Tech Thralls with Mitra-Locks.

Tech-thralls are created by the Mechanicum through basic augmetics and cranial surgery as the need for them arises and, in the case of the Legio Cybernetica, the use of captured prisoners and criminals requisitioned from local authorities is common.


Considered a lower order of being than most servitors by their masters, the ultimate fate of most tech-thralls is to end their lives recycled into servitor components and their implants harvested for use in future thralls as their bodies fail under the relentless toil to which they are subjected.


In times of war Tech-thralls are formed into expendable units called Adsecularis and armed with basic weapon systems such as the mitra-lock, a compact multi-chambered variant of the las-lock, designed to discharge a simultaneous volley of las pulses in a fan effect. 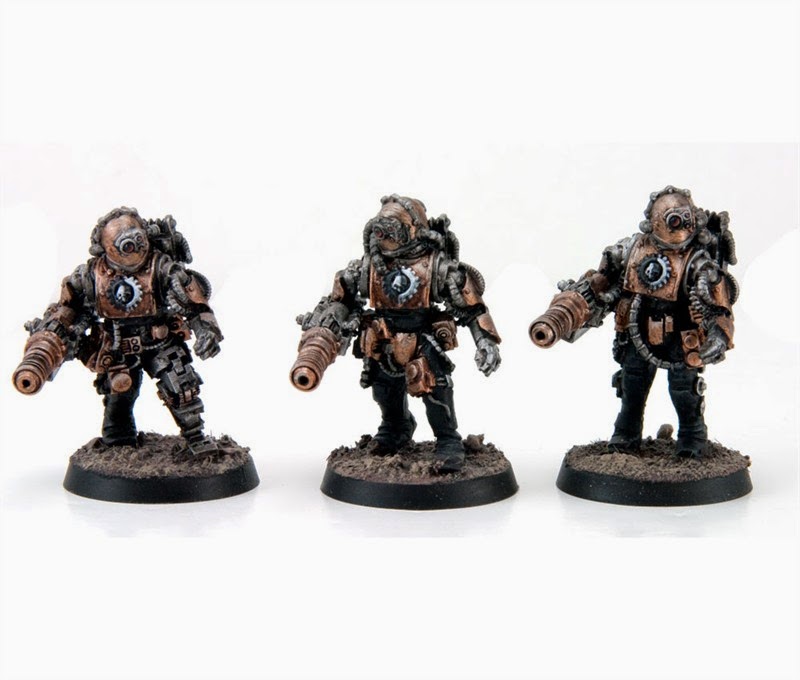 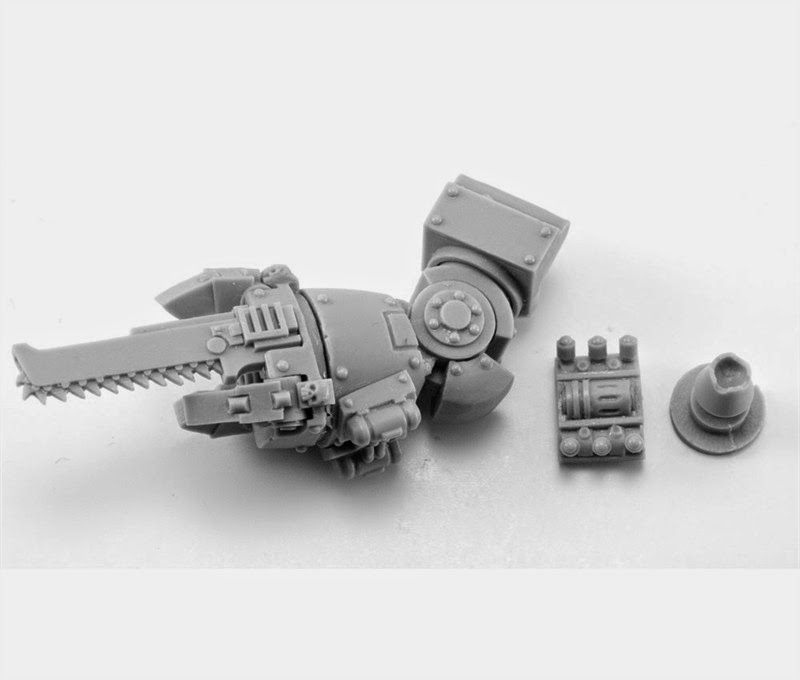 Last, but not least, we have the Contemptor Dreadnought Chainfist.

Contemptor Dreadnoughts can be armed for a variety of differing battlefield roles. Sometimes they are tasked with spearheading assaults against enemies in fortified positions. In these circumstances the chainfist is a formidable tool for breaching bulkhead doors and cutting a path through the armoured hulls of tanks. 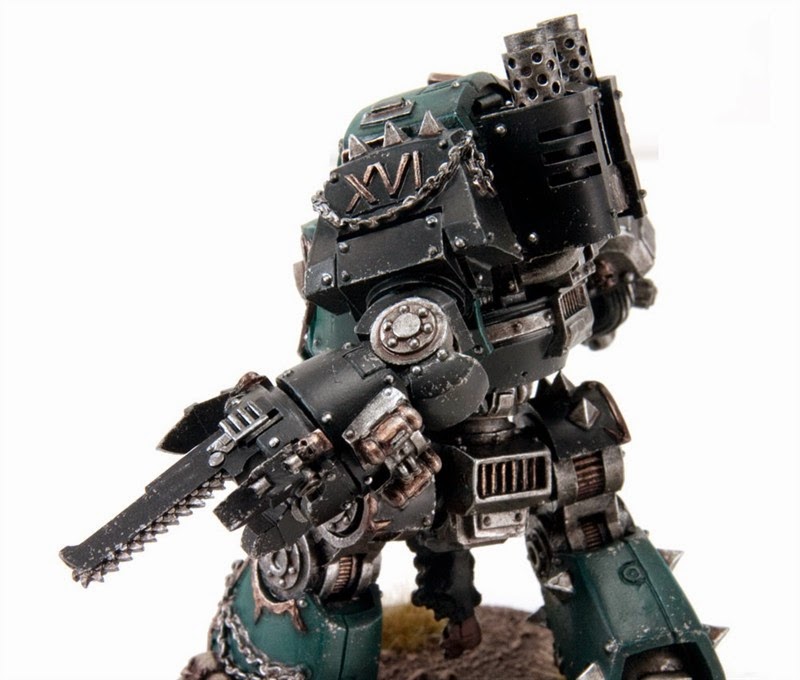 
That's all from forge world this week guys and girls. Let us know what you think in the comments below and enjoy the rest of your weekend!