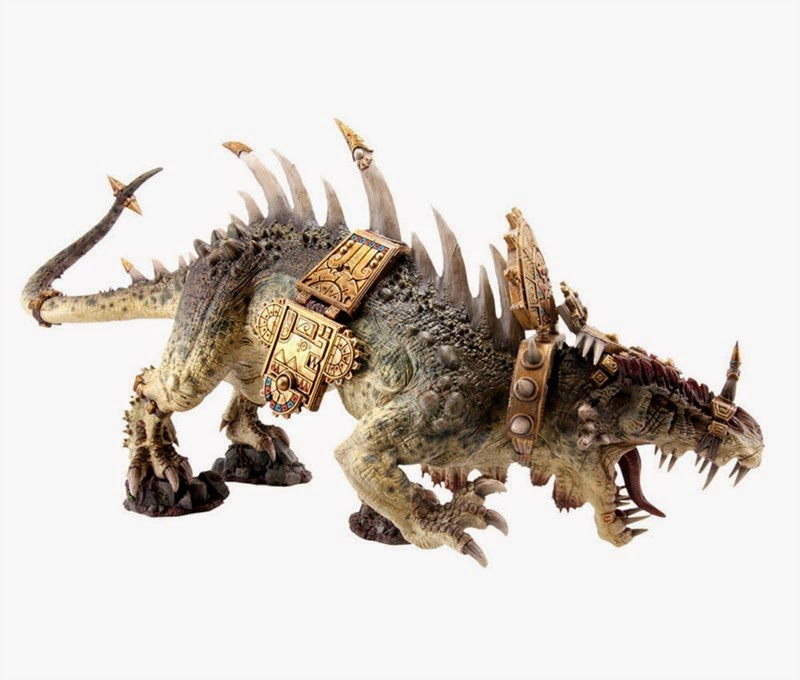 The latest Warhammer Forge newsletter is out and they've got the Dread Saurian up for pre-order.


Dread Saurian Of all the reptillian nightmares that inhabit the jungle-shrouded continent of Lustria, Dread Saurians are one of the most feared; an echo of ancient days when huge beasts such as they did battle with the forefathers of dragons for supremacy. Immense creatures, larger than the towering Carnosaur, Dread Saurians are few in number and sacred to the Lizardmen, and the fury of each that prowls the fetid jungles is moderated only by the arcane power of the ceremonial armour that bedecks them. Without this precaution, even the power of the Slann could not hold them in check. When the winds of magic rise and a great storm draws close, the Slann Mage-priests will stir and chant the ancient rituals of binding, shackling the captive Dread Saurians to their will, while their legendary might is coveted by the sorcerers and wizards of younger races. Let loose upon the battlefield these reptilian monstrosities wreck terrible havoc upon the foe with both their fang-lined jaws and the divine blessing of the Old Ones. 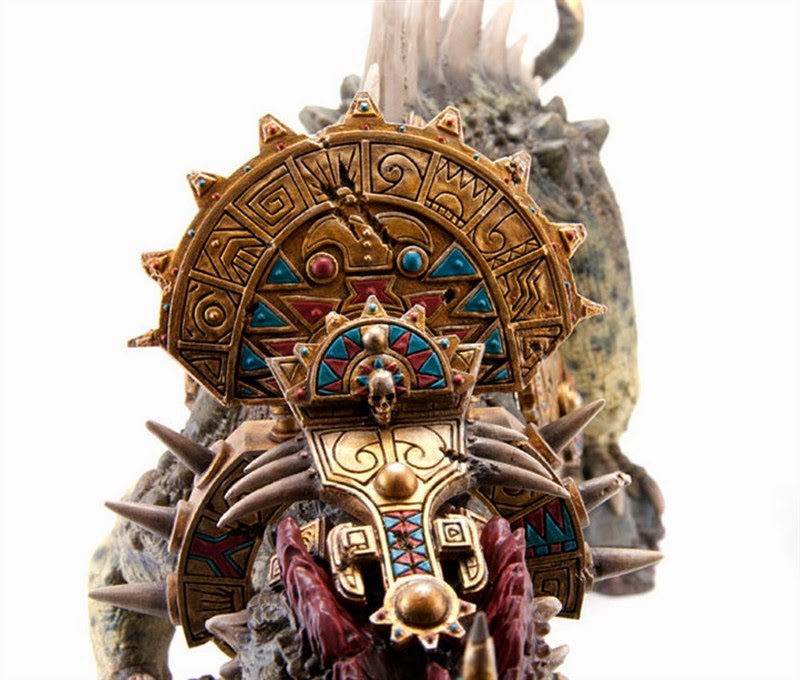 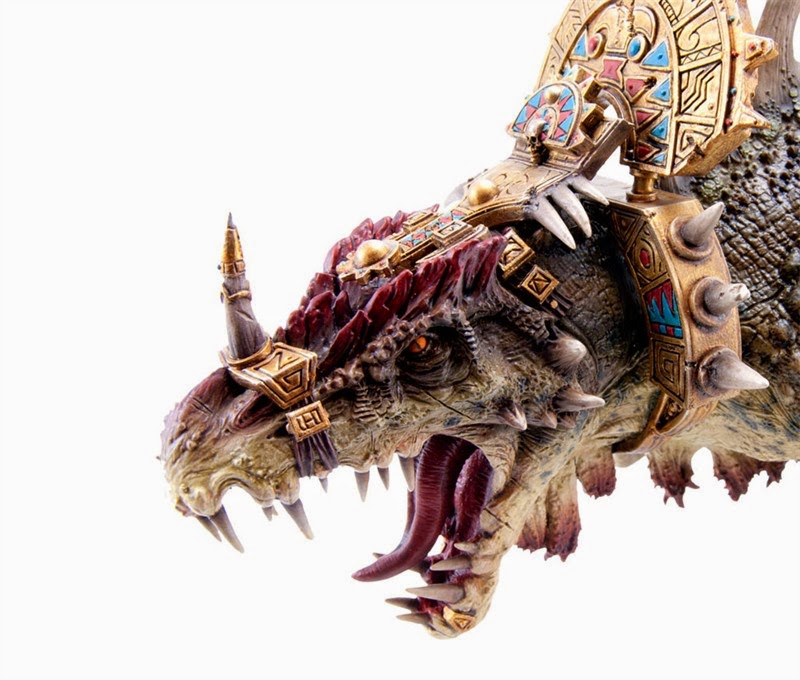 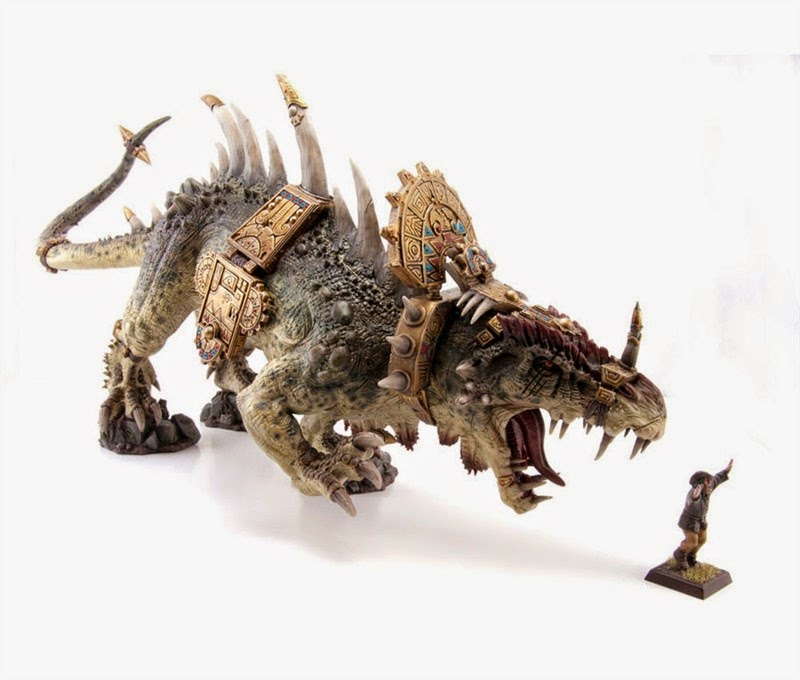 The rules for the model can be found in Monstrous Arcanum. It's available for pre-order now and will be released May 1st.