The new codex for the Imperial Guard has been released and it's time to finally get a chance to see what's inside! 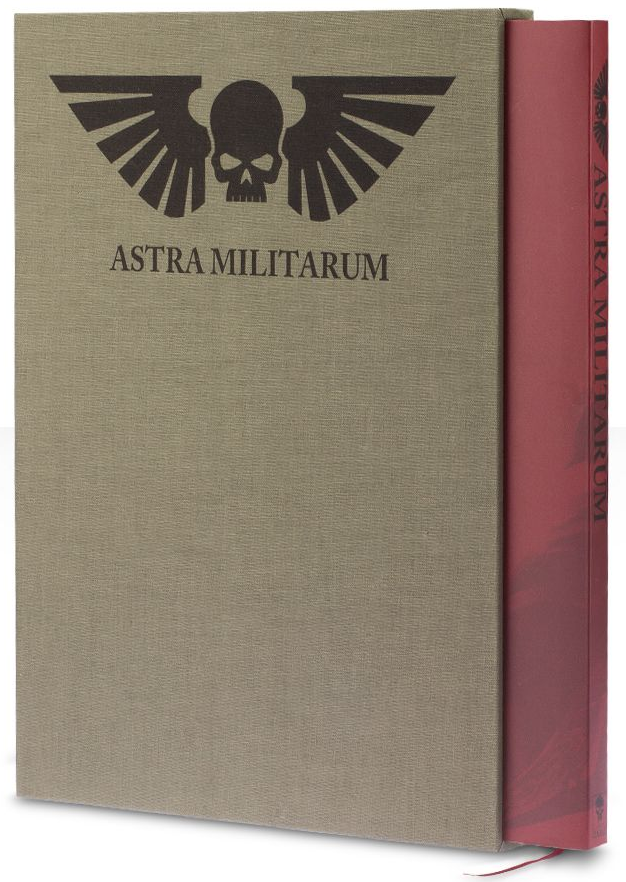 Now for anyone who reads my overviews/reviews of 40k books, things are going to be just a touch different on this one. There is a lot of stuff to cover and when it comes to what lore has or hasn't changed I could probably devoted a lot of time to and that's probably not what you're here for. So for this one we're shifting gears and looking at just the wargear, rules and unit entries.

Now, while this is to give you an overview of the codex as a whole and let you feel out the codex so you know if it's something you'll want to buy or not, I will be covering points costs as compared to their previous incarnations. For new units I'll be basing the infantry costs off the cost of the 5th Edition Infantry Squad and the vehicles will be compared to the 5th edition Chimera, just to give you an idea of how everything fits together.

That said, enough of my prattle and on with this thing. As usual I'll be interjecting my opinions through out, but I'll keep them in italics to make it easier to keep them separate from everything else.


UPDATE: I apologize for some errors that were initially in this when it went up. I've since correct them and with luck there aren't anymore left.

Just a small reminder, Warlord traits are rolled for before deploying your units.

Orders have changed a bit in some places and a lot in others. Before we take a look at the nine available orders in the book lets run down how Voice of Command works:
I know it's a lot there, but hopefully I've broken down the key parts of the rule for you clearly enough to make it easy to understand. So what are the orders?

While we're covering army rules lets get some of the rules for the units out of the way too:

I won't be covering anything the army already has here, just the new stuff, and any changes from the previous codex. So if it isn't here, it didn't change from the last book.

" Heirlooms of Conquest" (aka Artefacts):

It took quite a bit to get this far, even with all the stuff we haven't covered! Well there isn't much to go.

Okay, I lied, the is still a lot to go, but not many sections left to cover. So let's get to it. I won't be commenting about every entry, just the ones that I have something to say about. That said, comments will still be in italics.

Not only did Yarrick get cheaper, gain the ability to give orders, but he also can shrug off wounds like a boss. I think this old man is looking pretty beastly honestly.

Nork is a bit of a monster to put on the table. And he's cheaper too! I see him making a number of army lists in the future.

Pask might have a harder time squeezing into army lists due to moving into the HQ slot, but on the other hand he's not badly points costed and has some nice bonuses for his tank.


Yes, the old Ordnance Battery is gone. The models still have rules through the IA: Imperial Guard book though, so this might be your best bet if you still want to use them.

Honestly there is a lot to take in from this but there are a couple things for certain: armies will be changing. With points drops across a large portion of the army, changes to some old classics (the Chimera only lets 2 models fire out the top now for instance) and some points bumps on others (namely the flyers) there is a lot to take in and I'm curious how it'll all play out.

I'll be digesting this book for a few days at least, that's for sure and I recommend others do the same, maybe even give it a few games before any serious rage sets in. It's definitely the same animal, but it seems to have changed its stripes enough that I'm definitely not feeling comfortable passing judgement on this codex just yet.
By Zion