First off let me introduce myself, I'm your new (hopefully regular) columnist Rob and I'll be focusing primarily on Mantic Games and their products. In this role I'll look to bring you all the latest news from Mantic, including tactics, modelling tips and upcoming releases as well as reports from shows and tournaments that I attend. 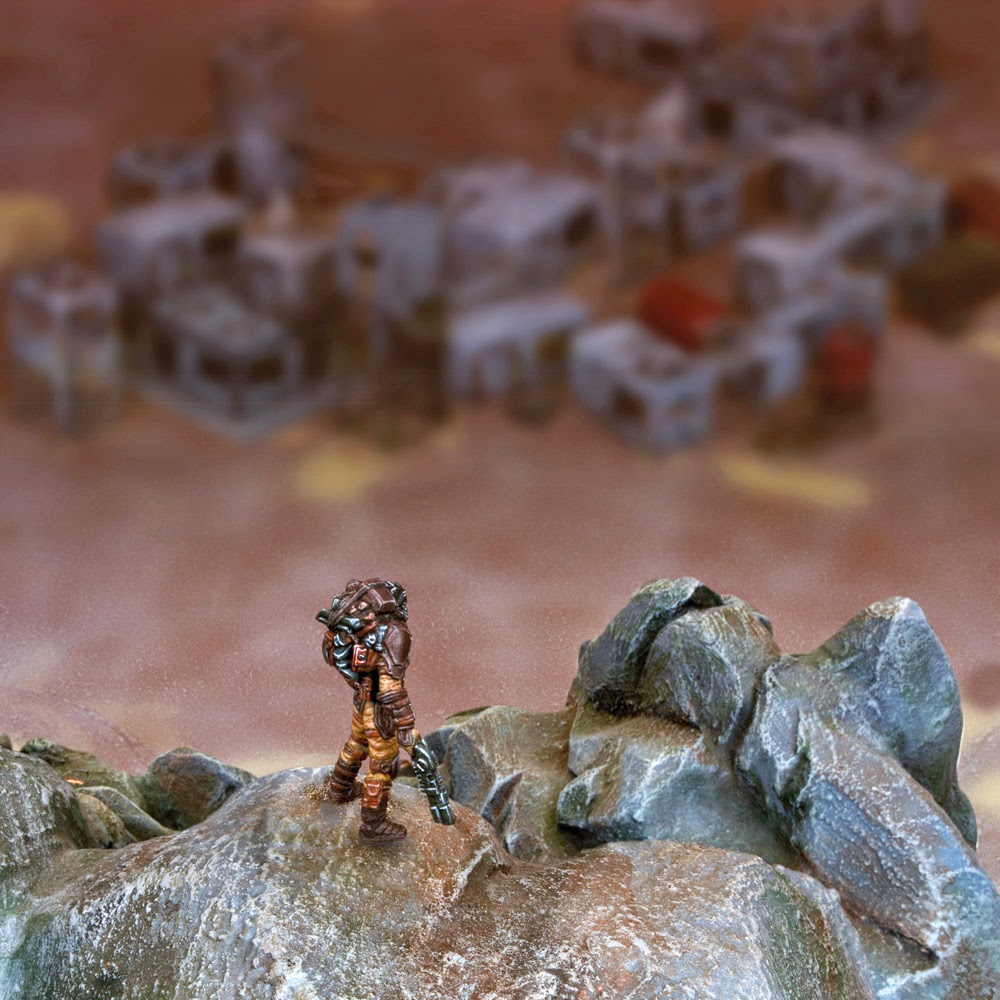 So let’s talk Mantic. This year has been a busy year for them, so far we have seen the full retail launch of Deadzone, after an initial splash release late last year, followed by the Kickstarter surveys for both Mars Attacks and the second wave for Deadzone. If that was not enough there was also a little think called Dreadball Xtreme which ended mid-March.

March saw the release of the Nexus Psi two player campaign and the remaining Marauder and Rebs factions along with a variety of booster packs to flesh out your current force. The book itself is 64 pages and contains an even balance of both rules and background to help flesh out the campaign and the Warpath Universe along with a plethora of high quality photographs and art work. The premise of the campaign is quite simple the first player to control all 5 zones after 6 games is the winner. All the zones start in the control of the Plague and so you have to try and wrestle control of them away from their player. The book also introduces several new rules to the game such as Vehicles and Crew Served Weapons. Overall the book represents the evolution of the game and with the release of two new factions and accompanying Compendium Rules the future looks bright.


So this month then and its another expansion for [but not limited to] Deadzone - Battlezones. This is the same scenery that was funded through last year’s Deadzone Kickstarter, however it can be used for many different systems. These Battlezones are available in eight different packs, and the best thing about them is that they are modular and able to really just make what you want with them. These pieces would be a welcome addition to any Sci-Fi system and I am sure will be a welcome addition to any gaming board. Add to this the design of the components means that you can construct and deconstruct them to your hearts content equates to an ease of storage and an ever changing battle field.


Enough on Deadzone for now, looking forward there is good news for fans of Kings of War especially if you are a Dwarf player (of both good and evil persuasion) as now looming on the horizon is Hellfire and Stone. This is an expansion book for both the Abyssal Dwarves and their Goodie Goodie cousins and will see an expansion in the Dwarven line to include the Bulwalkers and the ferocious Brock Riders as well as the release of the Sveri Egilax, Berserker Lord on Helbrock. I will go into more detail on this in future blogs.

In the world of Dreadball Xtreme Mantic have just released some new 3D renders including the inter dimensional Koris, Kreed and the Medi-Bot. These images did accompany the announcement that they've delayed the release of the new pledge manager which includes a variety of payment options and so they are “taking the time to get it right.”

These aren't the only previewed models which have been released by Mantic there are also two new previews for Mars Attacks the Bug Handler and the Surgeon.

Finally, Mantic will not only be at Salute on the 12th April but they are also holding an open day on the 17th of May in Nottingham. If you have been before then you will know how much fun these days are. This time there will be a Deadzone campaign running all day, a Dreadball Azures Forest tournament and a massive participation game of King of War going on. So it is exciting times at Mantic and a busy next few months ahead.