Over the next few weeks I’ll be writing some introductory articles for the skirmish game Malifaux by Wyrd Games. It’ll cover a new players journey from start to finish, so that by the end you’ll have a good idea as to what its all about, and hopefully encourage some of you to give this fantastic game a go. 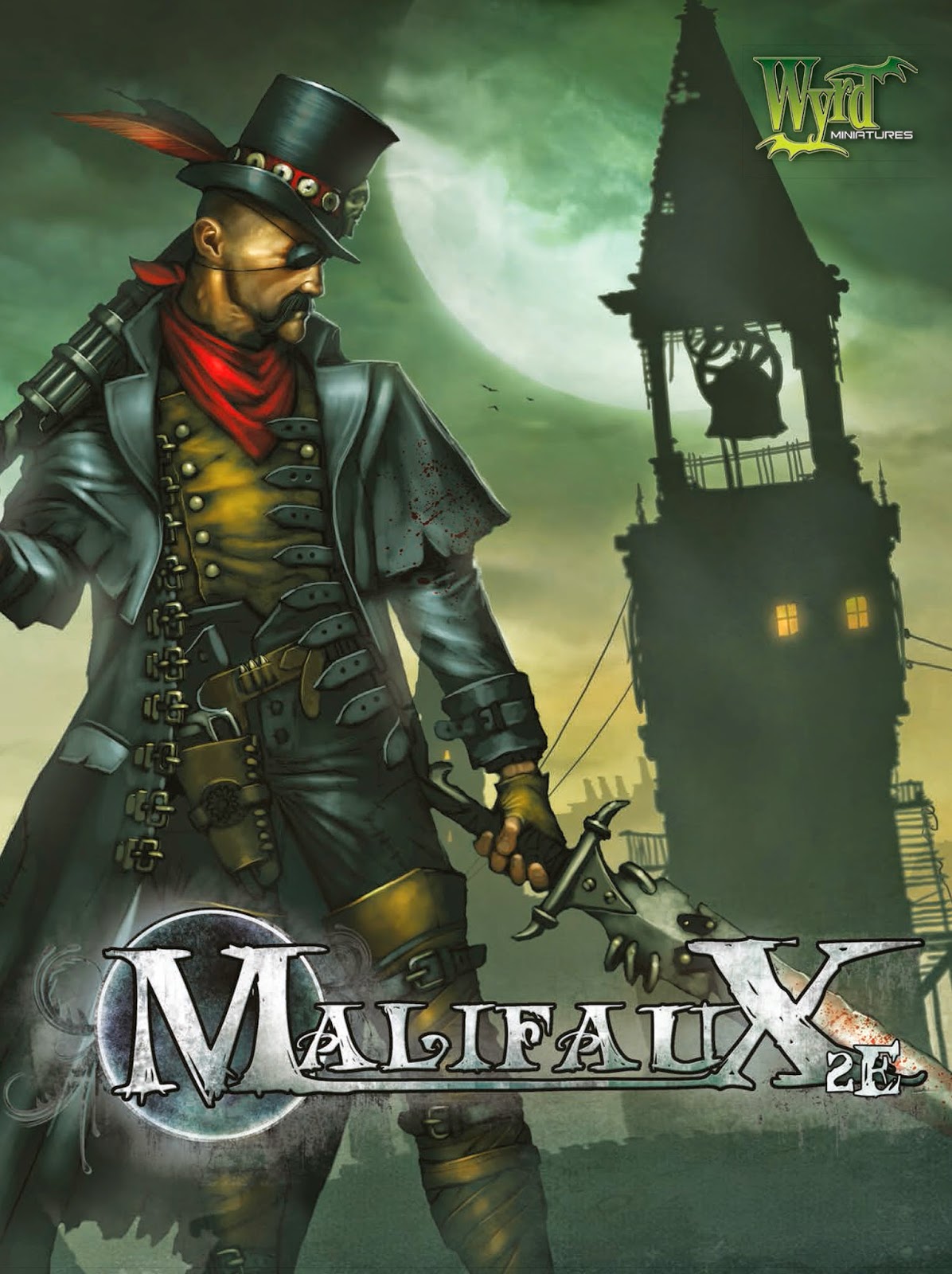 First things first, if you have no idea what I’m on about, here’s how Wyrd describes it:


‘Based in an alternate Earth, Malifaux uses gothic, steampunk and victorian horror with a dose of the wild west to inject fun and depth into a world rife with monsters, necropunks, man-machine hybrids, gunslingers and power hungry politicos. Actively using character-driven stories to define the world of Malifaux, seek your fortune in this fast paced and brutal 32mm tabletop skirmish game’.

Yes, you did read that right. Gothic, steampunk, victorian horror with the wild west. It sounds absolutely ridiculous on paper, but the truth is, Wyrd have created a universe that is truly unique and absolutely stunning.

In 1787, a portal called The Breach opened to an alternate world. This alternate world was very similar to our own with towns, cities and streets, yet they had all taken a Tim Burton-esque twist. What was most strange, however, was that the towns were abandoned. Shops all had their wares, houses had furniture, there were working sewers and intact infrastructure, yet the population had vanished. By far the largest of these deserted residential areas was the city of Malifaux.

The most significant discovery through The Breach was a rare resource known as Soulstones. Magic on Earth had been on the decline for centuries, and even the most accomplished wizards and spell casters felt their power slipping away. The discovery of Soultstones changed everything; they gave off a magical energy that could be harnessed by the user. Some said their powers were even exceeded. The game was back on. 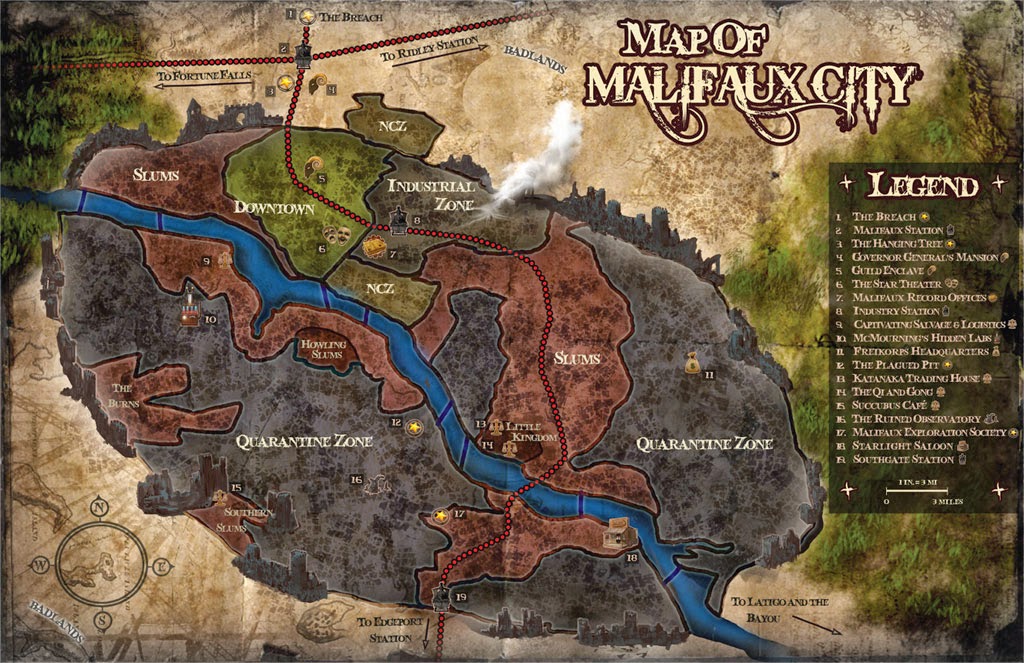 Malifaux as it currently stands. Beyond Malifaux's borders lie small towns and settlements, but humans rarely venture from the 'protection' of the city's limits. Of those that do, few return...

Humans being humans, we went in to stake a claim to Malifaux and ship Soulstones back to Earth as a new commodity. For 10 years this continued, until Malifaux’s original inhabitants decided to reveal themselves.

A great blizzard swallowed Malifaux, covering the city in darkness. Worst of all, The Breach, the only gateway back to Earth, began to close. The sound of carnage and battle could be heard Earthside, yet the barrier was no longer crossable. Just before the Breach was sealed shut, a body came hurtling through and landed at the feet of those present on Earth. Carved into the chest of the unfortunate victim was a single word: ‘Ours’.

100 years later to the very day of it’s closure, the Breach has re-opened. Trace of those trapped in Malifaux is non-existent. The lure of Malifaux’s potential is far too strong to resist, so humans have once again moved in. This time, however, they’ve come armed.

That’s the background that the world of Malifaux is built on. I feel that this is a really important part of the game. There is some fantastic narrative in every Malifaux publication, whether it’s the world as a whole, the factions you fight for, or the individuals that you use in your battles. What’s also really great is that the storyline develops. Unlike 40k, where things mostly stay stagnant, you will actively see the characters grow and change between each Malifaux book released. This lends to some fantastic narrative options for your game, including narrative specific missions called ‘Story Encounters’. 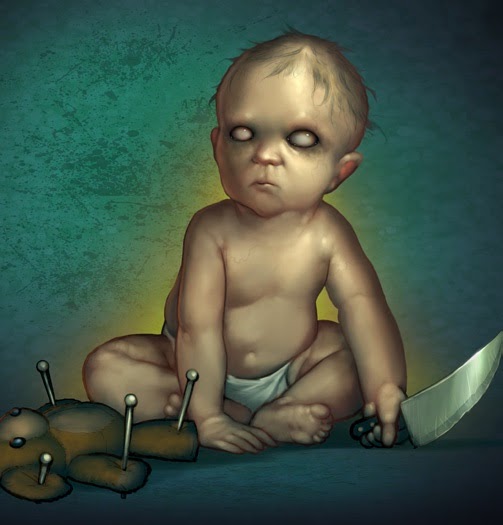 Think this little guy is scary? Check out the next one...!

The rules of Malifaux are also pretty unique. Skirmish games require a selection of individual models to play a game with (5-15), rather than rows and rows of an army. You select a leader for your crew called a Master, then select his/her chosen team to accompany. With Malifaux, every model you choose has it’s own unique rules, so that all models perform in different ways. You could have a rifleman, an ice sorceress, an assassin, a sabre-toothed tiger, a steampunk robot, a demon, a giant man-eating teddy bear, or a scary baby with a carving knife. The range is awesome! 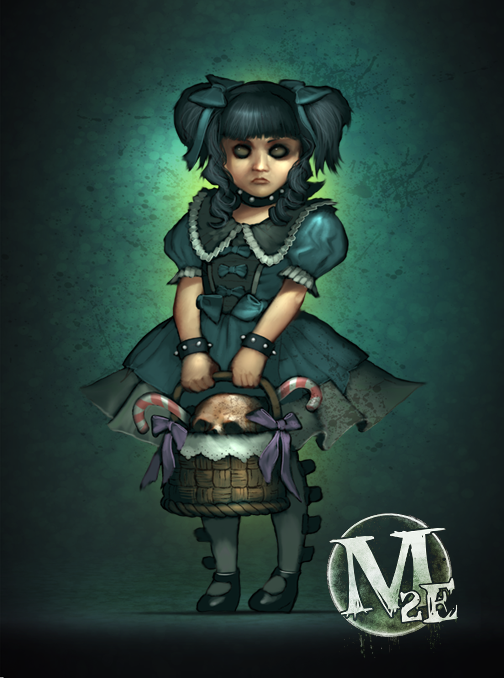 A little girl with candy and a skull. Wow!


For game mechanics, you use a deck of cards rather than dice! There are Malifaux specific decks called Fate Decks, but you can substitute this for a regular deck of playing cards if you wish (an example of why Malifaux is so cost-effective, but more on that later). When you attempt an action, both players flip a card from their decks and add the relevant model’s stat. Both players then get the option of ‘cheating fate’, where they can replace the flipped card with a card from their hand. Players get a hand of 6 cards every turn, so you can use this hand to manipulate actions that you really want to go your way (assuming the hand you drew was half decent!). This also adds an element of bluffing to the tactical element you get with all table-top games. 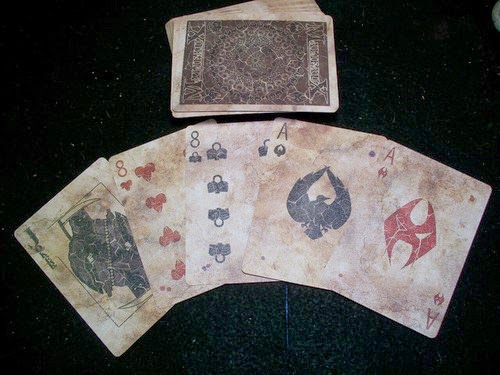 Malifaux has it's own suites, but its based on a regular deck of playing cards, so you can substitute no problems. Just don't forget the jokers!

For the regular missions, a battle revolves around Strategies and Schemes. A Strategy is the primary objective that both players are attempting to complete simultaneously. Schemes are secondary objectives, and these are much wider ranging as each player can choose which Scheme to follow. You select 2 Schemes, and can choose whether to reveal them or keep them a secret. Again, an opportunity to bluff your opponent! If you complete both Schemes, you can generate more victory points than completing the Strategy. This adds a ton of tactical options to your games. You can in fact win a battle with all your models dead. 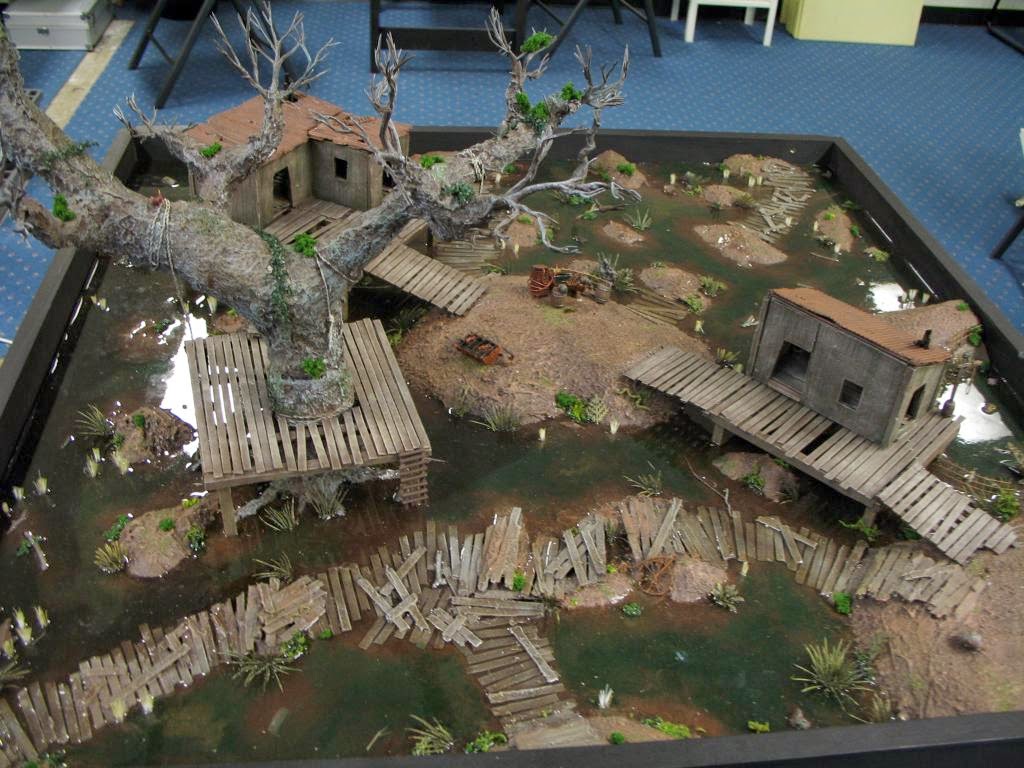 Malifaux uses a 3x3 game board. As the setting is so diverse, pretty much any scenery will fit. Here we have an encounter down by the Bayou.

So that’s a brief introduction into the World of Malifaux. So far, we’ve covered the Malifaux background and the key parts of the game mechanics (more on how the game works in later articles). Next time, we’ll have a look at the different factions of Malifaux, and introduce some of their Masters.