Welcome back to part 2 of Malifaux Factions and Masters. Today it's time for the Resurrectionists, the Ten Thunders, Outcasts and Gremlins. If you've just arrived, you can find part 1 here and the start of the Malifaux introduction series here.

Malifaux is big. So big, that two thirds of it is unchartered and ‘Quarantined’. There were some, however, that braved the dark, and ventured into these parts. It was here that they found powerful forbidden texts on dark magic, to raise the dead. Forbidden and scorned by all, the Resurrectionists are now forced to either live in the shadows, or keep their practices under lock and key. Playing these guys gives you access to a variety of zombies, spirits and the undead. You'll be giving the opponent a fair few horror duels to take, but other than this, that's about all that's common between the masters as they each have specific play styles. In short, if you want to play the bad guys and the undead, then the Rezzers are for you.
Nicodem is the Lord of the Dead. To most who know him, he is an educated gentleman that takes care of all funerals and burials in Malifaux. To Nicodem, such a choice of career grants him access to an army of corpses. From his secret lair deep in the Quarantine Zone, this army will rise up against the Guild, and the Lord of the Dead will create an empire of his own. Nicodem, quite simply, is a Zombie Boss, with a deliberate capital Z and B. His play style involves zombie after zombie, with a bunch of buffs to make them even scarier. 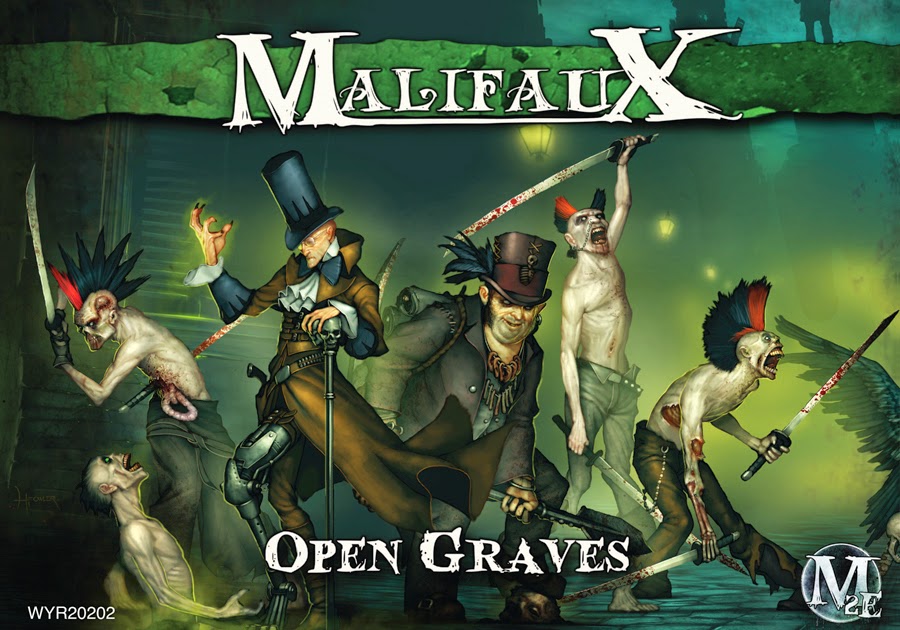 As Nicodem is lord of zombies, he has access to a pretty large arsenal of the undead. Here are the Punk Zombies, resurrected murderers.
Next, possibly the coolest bad guy I’ve ever seen, end of. What would you get if you mixed The Mad Hatter with Jack The Ripper? You’d have Malifaux’s craziest villain, Seamus. His crimes have made the headlines Earthside, and the mere site of him drives the regular folk to panic and riot. This guy is an out and out psychopath who’s chosen choice of Zombie is (previously) good looking females known as Rotten Belles! A trip to a brothel turned the entire workforce into his Zombie playthings, and his murdering spree doesn’t stop there. One view is that The Mad Hatter is trying to find his perfect Alice (or Alyce?!), and gets most upset when they don’t live up to those high expectations. Seamus is a durable and eccentric (rules and fluff!) Master with awesome offensive abilities if you play your cards right. He’s backed up by his Rotten Belles. 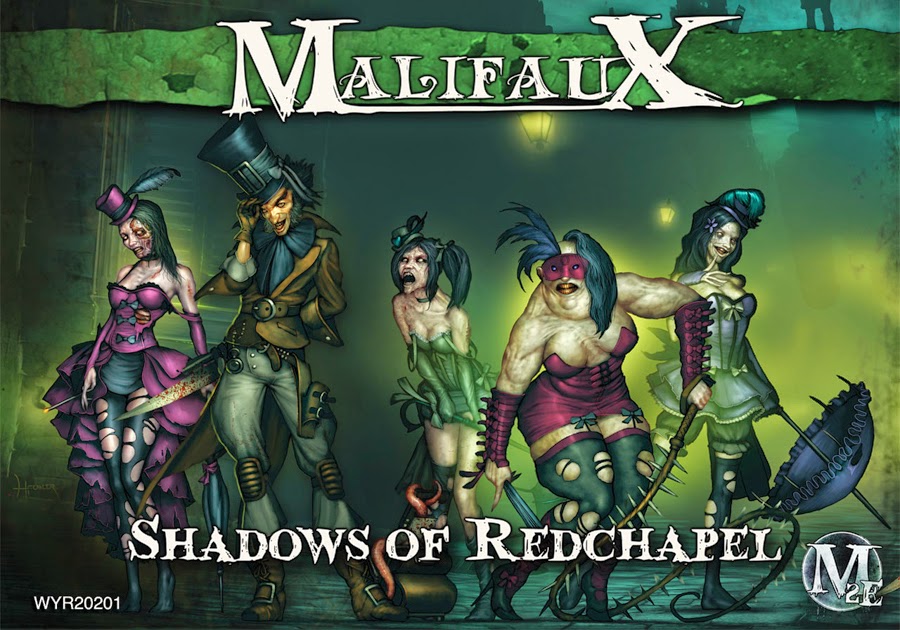 Seamus and his Belles. The Belles can all use the powerful Lure spell, that draws in the opponent's model from afar allowing you to manipulate the board and get into range. Madame Sybelle is the rather unsavoury one!
Finally there's Doc McMourning. The Guild's eccentric coroner, he often has to explain why bodies have gone missing from his morgue. McMourning is essentially Malifaux's Doctor Frankenstien. He's endlessly tampering with corpses and body parts to create insane undead creations. He's usually about with his assistant Sebastien and some cosmetically enhanced Nurses with short skirts and giant syringes. His crew have a bunch of unique abilities that involve getting close to give out poison and other nasty effects. He'll also be using his undead creations for some durability and brute force. 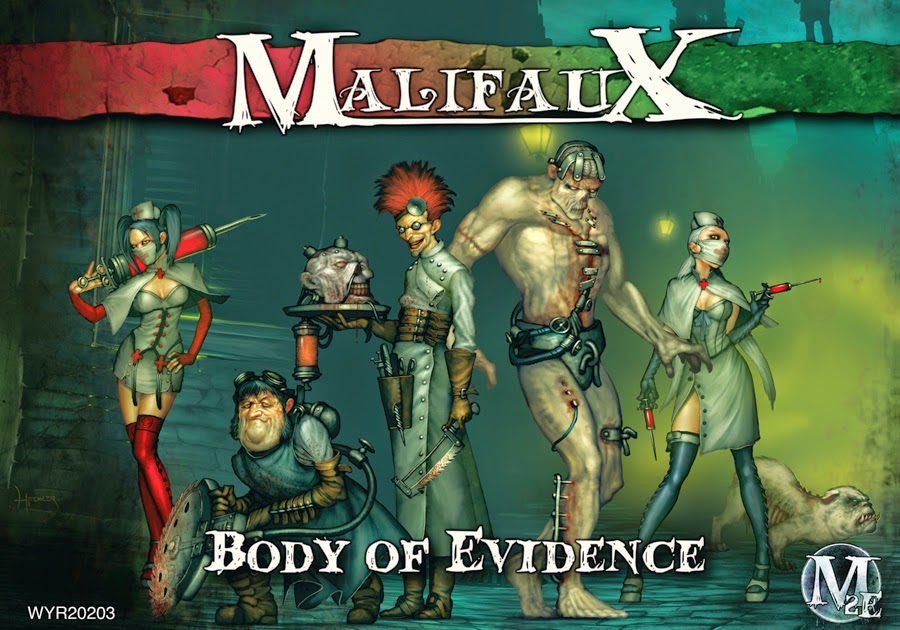 Once you've got his trusty crew from this box, you can then add any form of zombie such as a resurrected Guild Guardsman. Also, as he's employed by the Guild, he is in fact a Dual Faction master, so can be run as part of a Guild crew!

The Ten Thunders are a clandestine organisation with Eastern influences. It's a closely guarded secret, but The Breach that the Guild controls isn’t the only way into Malifaux. The Three Kingdoms of East Asia control one too. The Ten Thunders are their eyes and ears in Malifaux. They are using this backdoor to smuggle and infiltrate their way into all levels of Malifaux society. When all the other factions tear each other apart, the Ten Thunders will strike to claim Malifaux for themselves. Due to the levels of infiltration, Ten Thunders have numerous duel-faction Masters, who can be run as Masters of a Ten Thunders crew, or their alternate faction.
Malifaux’s industry and mining potential has drawn a large workforce through the breach, many of them from East Asia. This has allowed the Ten Thunders to infiltrate the M&SU, and therefore the Arcanists. Mei Feng is one such agent. As a figurehead for the Chinese workforce, when she's not championing miners' rights, she uses her magic to shape the furnaces and fires of industry. This earns her the protection of the Arcanists for the use of her talents. Her play style is a mobile Master equally able in attacking in Melee with practised martial arts as she is casting magic. She's not the greatest melee master out there, neither is she a Rasputina with her spells, but the fact that she can do both is a real asset. Her crews often include industrial constructs and a furnace-fuelled golem, supported by Ten Thunders labourers. As a dual-faction master, she can be run as part of an Arcanist or Ten Thunders crew. 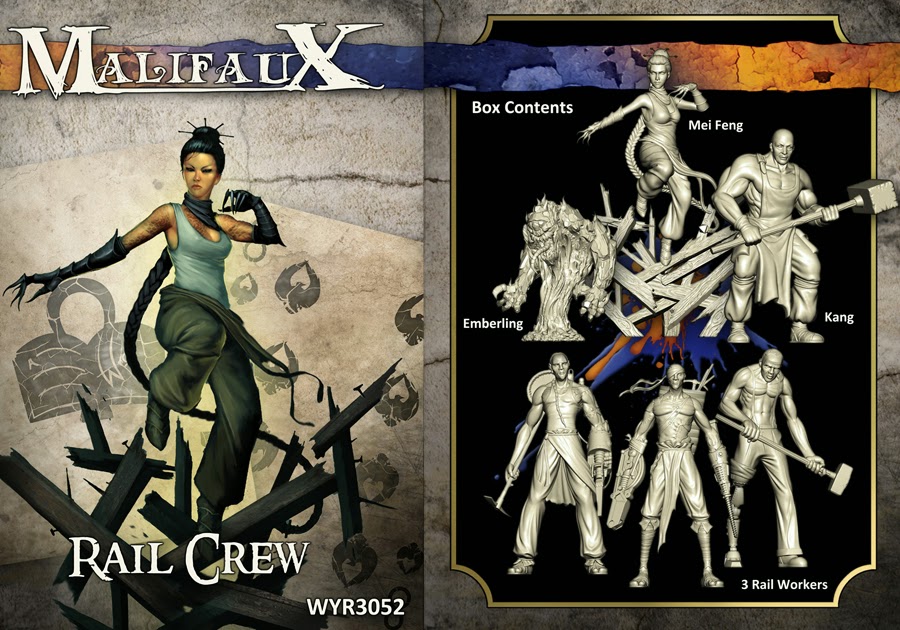 These guys, followed by this... 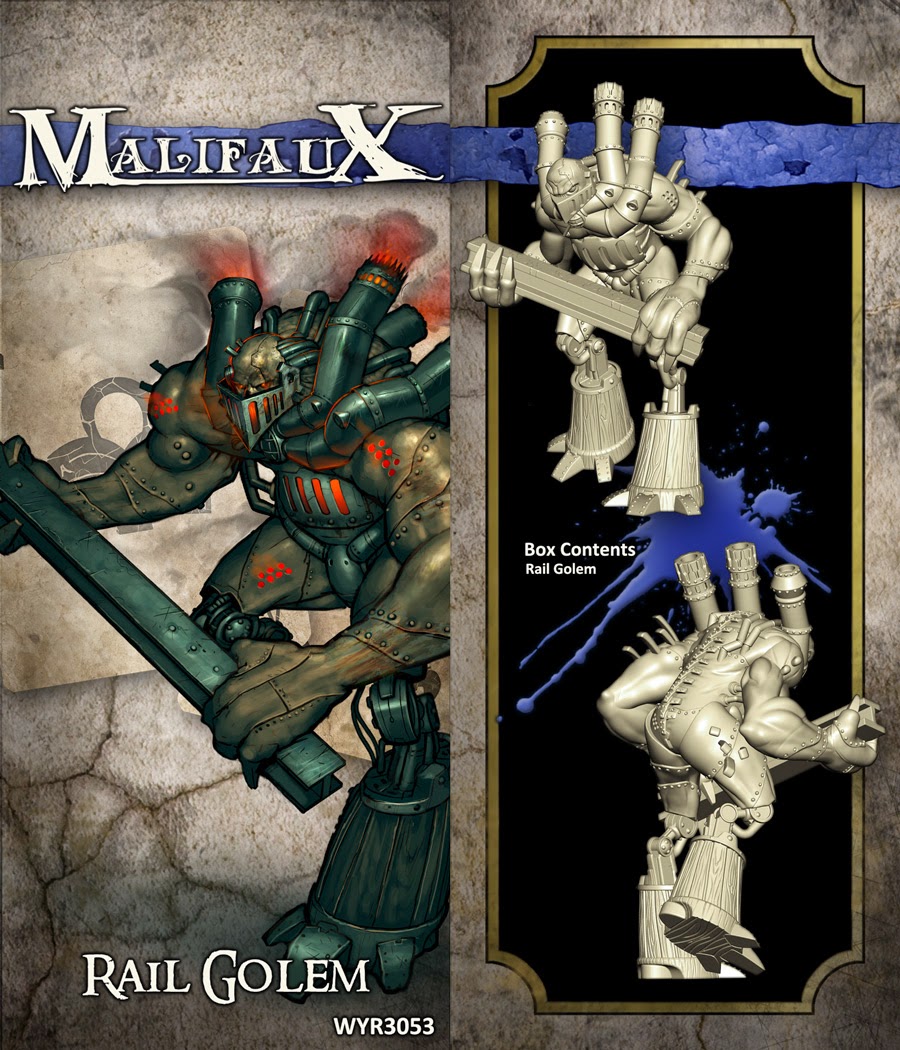 If you stoke the furnace of this guy, he goes on an unstoppable rampage.
Misaki is the Ten Thunders' leader on the ground. Her father has given her the difficult task of carrying out his plan for the clan. Years of training and learning has turned her into a formidable individual both in mind and body, but the dilemma lies in following her father’s orders, or doing what she thinks is right for the Ten Thunders. Her crew is the quintessential Eastern crew. Expect Samurai, Ronin, Geisha and all forms of Eastern might. 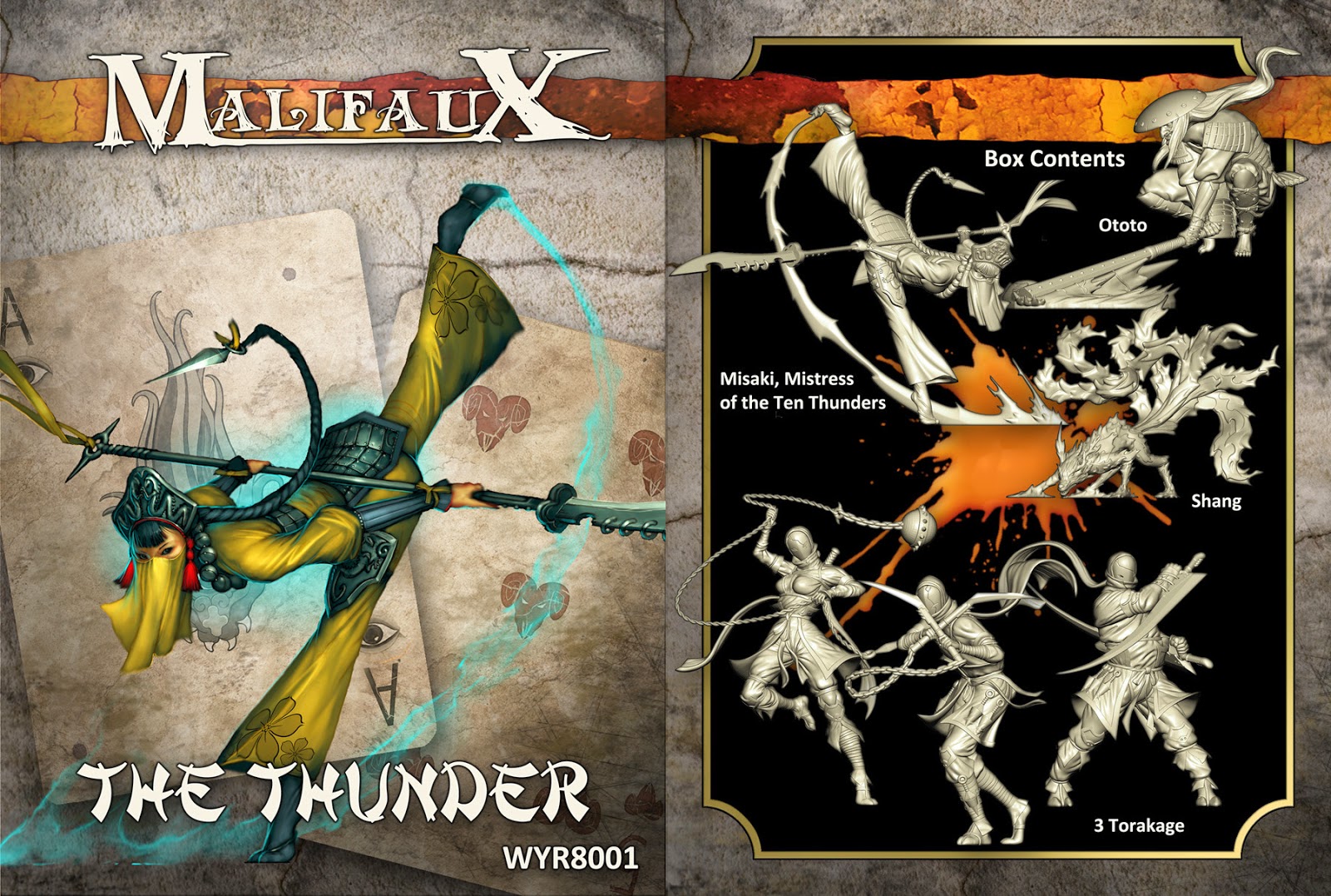 Ninjas and Samurai? Why not!

The Outcasts aren’t really a faction with allegiance to each other, but rather individuals who fight for themselves. Because of this, there isn't really a faction specific narrative.
The Viktorias are identical twins with offensive melee power. Viktoria was a mercenary who came to Malifaux to seek her fortune. Soon after arrival, she had an episode with a Neverborn Doppleganger (a copycat shapeshifter). This episode ended in an unlikely alliance, and now Viktoria is two. No-one knows which Viktoria is the real one, but you can be sure that if one Viktoria was a good bet in a scrap, two are even nastier. 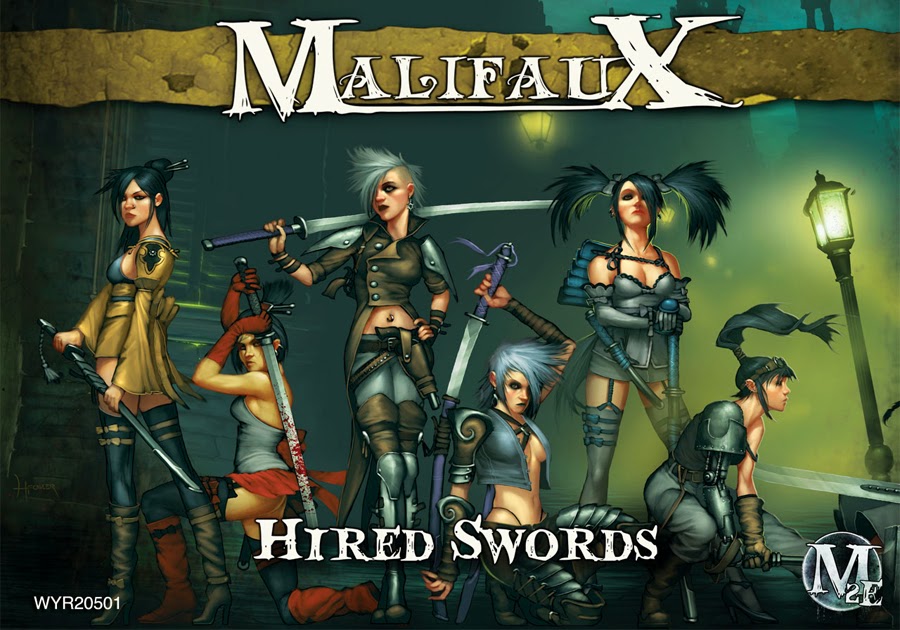 Girl power!
Then there’s Von Schill and his Freikorps. Von Schill was a successful soldier Earthside, and when he came to Malifaux, his military services proved to be an extremely reliable investment. He soon fell out with the Guild however, so now runs freelance from his armoured compound in the Quarantine Zone. The Freikorps are a disciplined military force with sophisticated equipment. If you want a Steampunk army with cool wargear, he’s your man.

No 2nd edition box for Von Schill and the Freikorps yet. This is the concept artwork for the 2nd edition crew box, but if you want to get started, the 1st edition models for the soldiers are exactly the same... 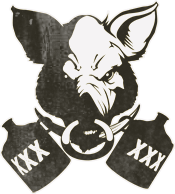 These newest of Malifaux’s factions (they were previously an Outcast contingent), these guys are pure comedy! They live in the Bayou, and are downright hilarious! Gretchin/Goblin like creatures that like pigs, big explosions, firearms, alcohol and grub. Playing this crew will give you a bucket-load of the guys, with some definite laughs along the way. They fire fat pigs at the enemy via catapult, create giant golems out of whiskey barrels, ride atop giant war pigs, fight better when they are drunk, you name it! As they have only just been upgraded to their own faction, Gremlins are pretty rare at the minute, but the models are on the way soon... 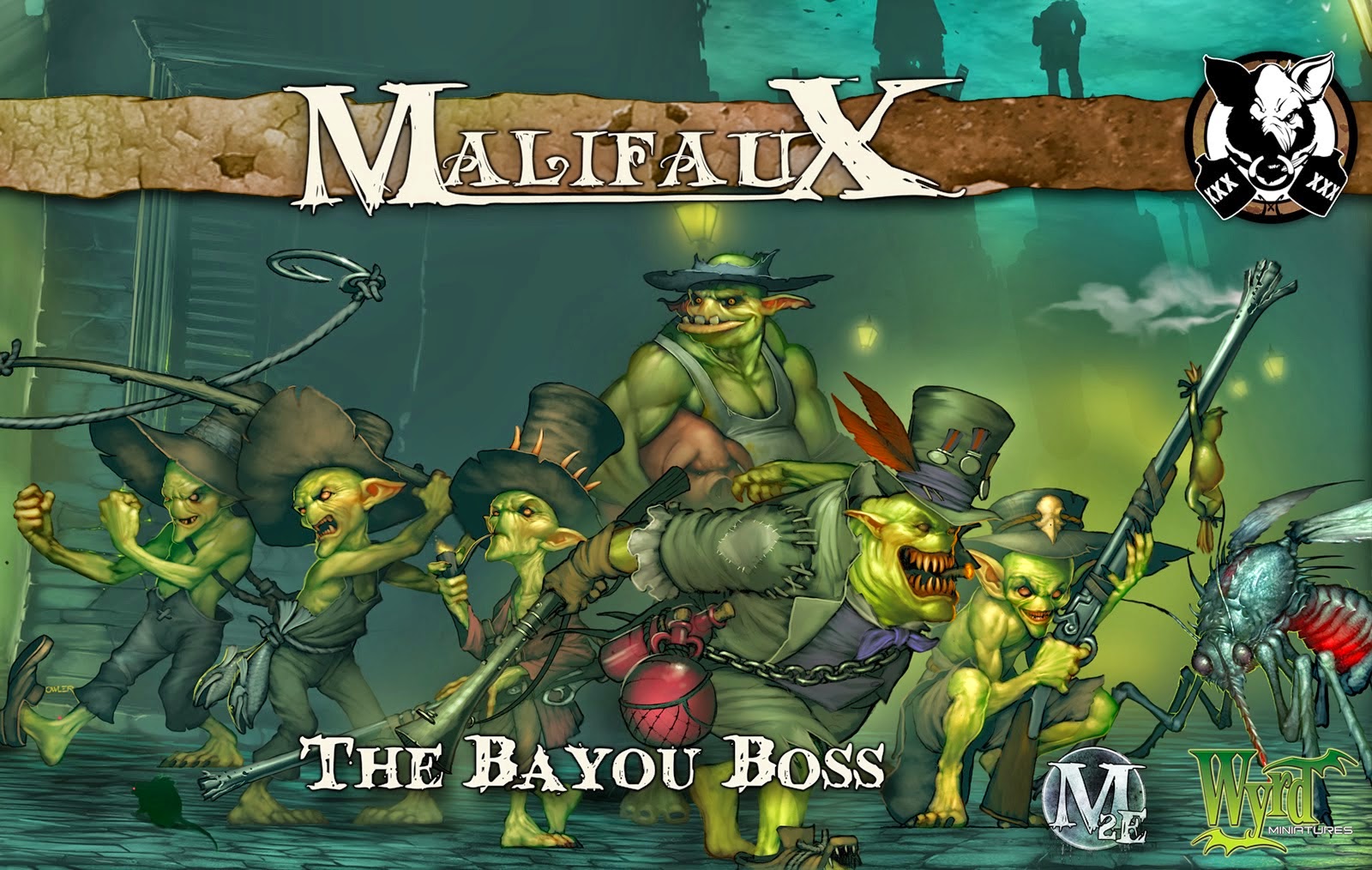 Som'er Teeth Jones is Gremlin boss. He has a big gun and a big hat, pretty much all you need to be in charge! 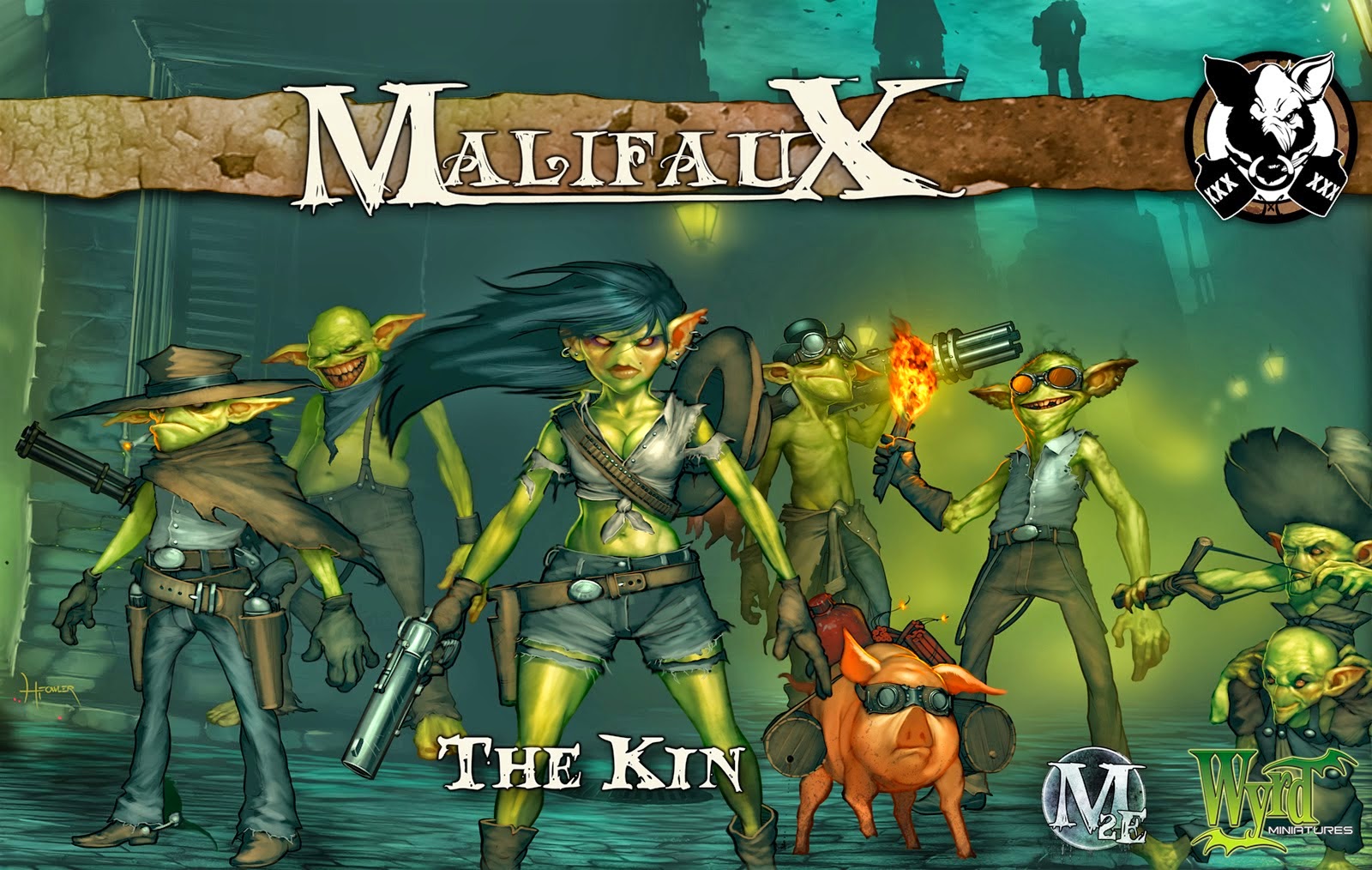 Elite Gremlins? Whaaat?! Gremlins learn fast. When Perdita and the Ortegas turned up to the party, Ophelia and her kin were wowed. Cool guns, cool hats, they wanted to be just like them! So now, they've each imitated a member of the Ortega family! And yes, the pig is wearing sunglasses with a load of dynamite strapped to his back...!
There you have it, all the Malifaux factions. Next week, we'll move on to the ruleset and getting into the game with £, $ and €...
By Elliot