EDITORIAL: GW - Phoning It In 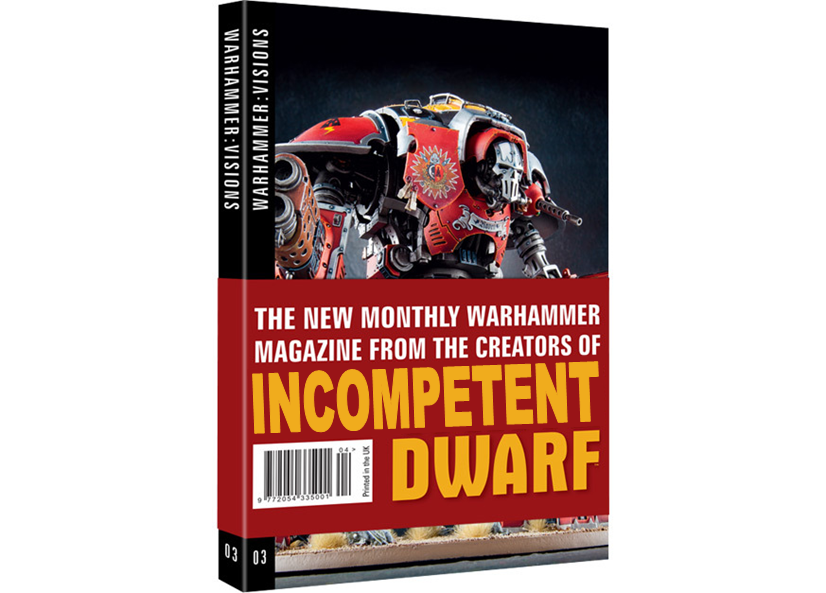 We've got an extra special treat for you today. Ahead of tomorrow's release of Warhammer Visions 3rd issue.

Our own The Son of Horus grabbed these pictures of the new publication: 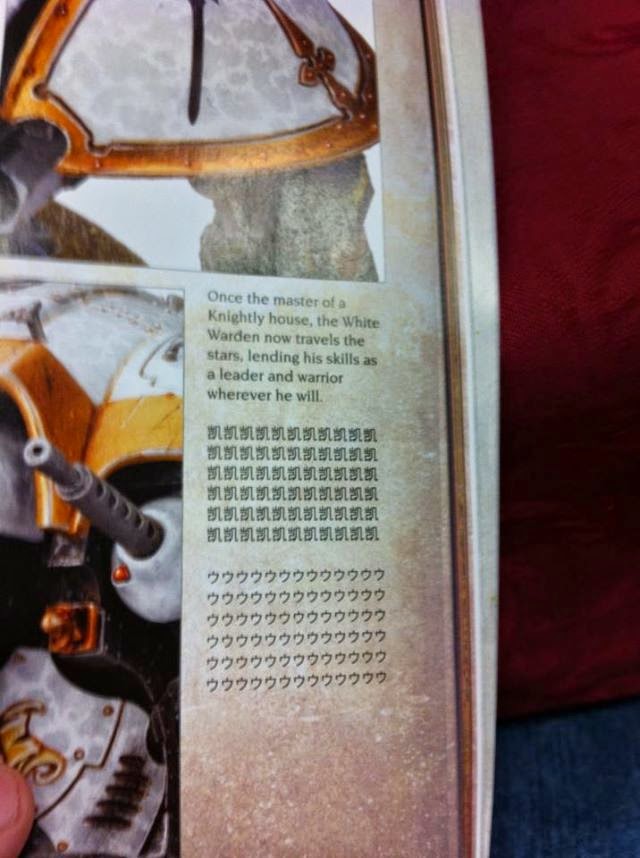 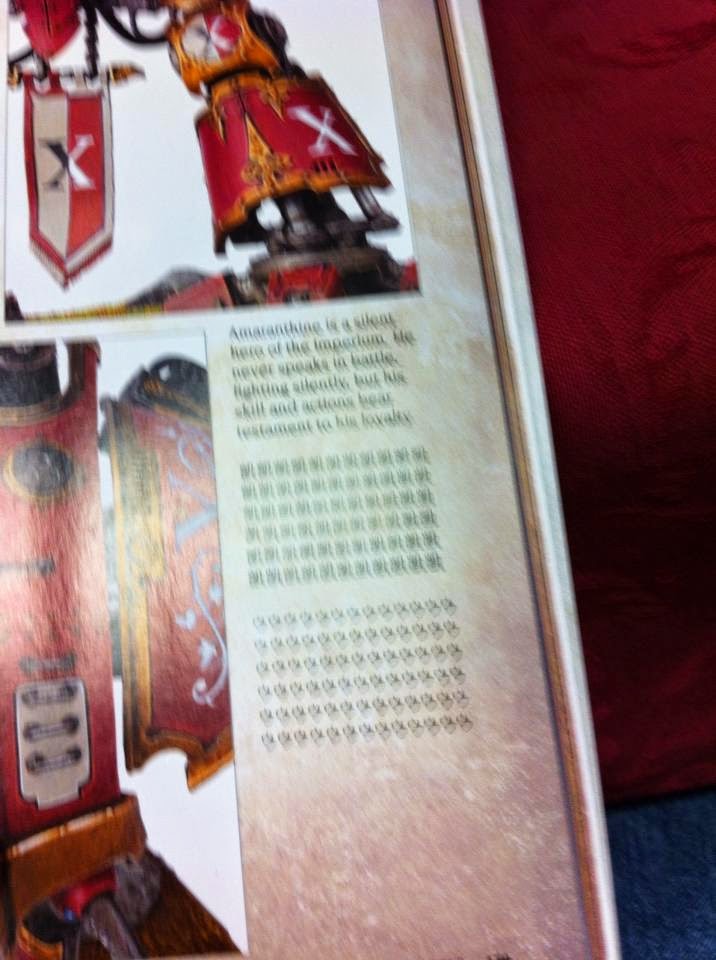 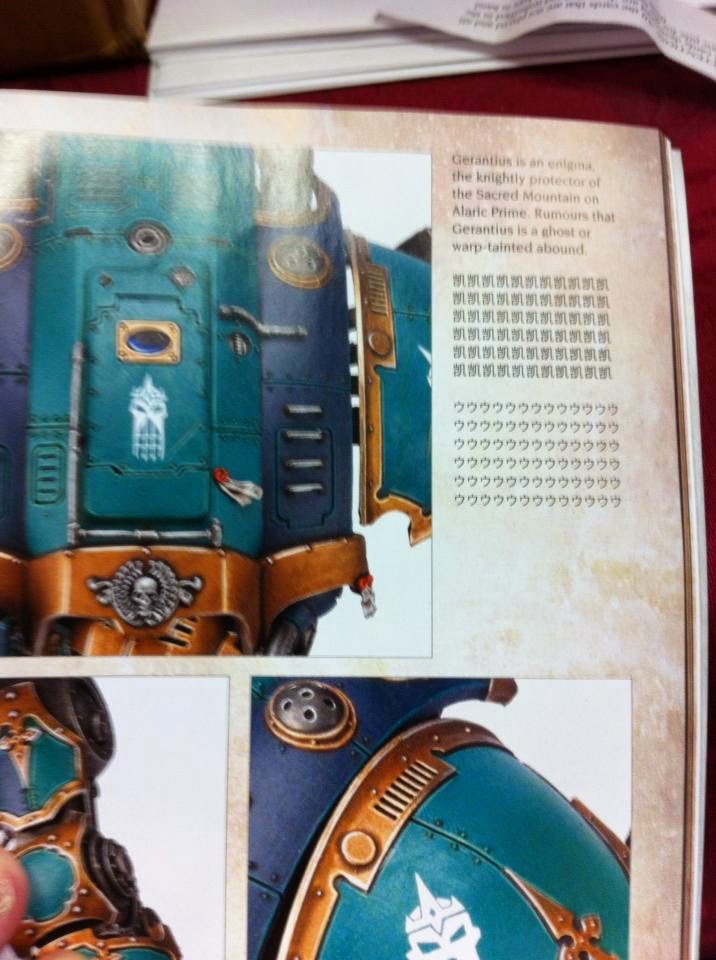 As you can see, the sections that should be in French and German are instead blocks of single Sanskrit and Japanese (could be wrong on that part, I do apologize) respectively.

You might be thinking that you're about to read a rant having a go at Games Workshop, the usual negative stuff.

A Menagerie of Incompetence

So, why am I making such a big deal about this?

Because, Games Workshop are a multi-national company that sells luxury products (for which we pay luxury prices) and as such I expect a certain standard. A standard that in this issue of visions, is clearly not being met.

Clearly, the characters are placeholders and they intended to replace them. But for a mistake like this to make it to print is unacceptable. Small spelling and grammatical errors are almost inevitable, especially when you're publishing material this frequently. So I can forgive the odd misspelled word or typo. But 3 pages of missed placeholders of that size should be a capital offence.

And who, you ask, is the one ultimately responsible for this heinous crime? As Visions doesn't have a dedicated copy editor, the blame falls squarely on the shoulders of its editor, Jes Bickham. 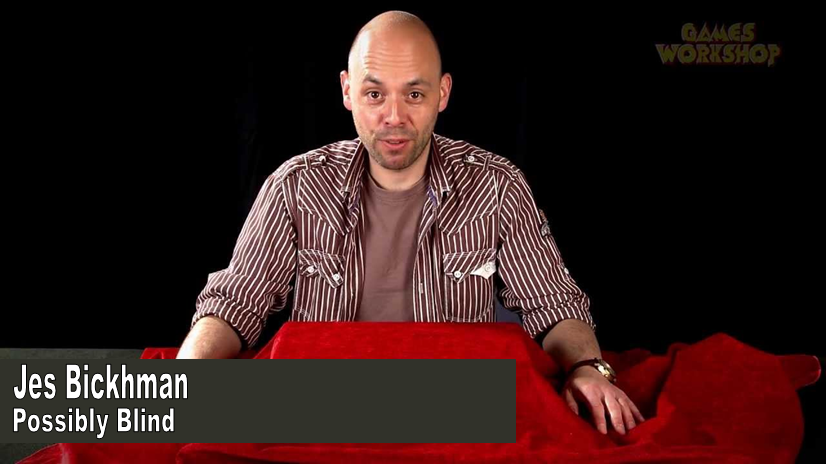 As someone who has spent years as a freelance copy editor, I am familiar with the process, which is why I can (somewhat) justify the odd spelling or grammatical error. You may even find some in this article*.

What I cannot forgive, is an editor missing such glaring errors in three places. If I were the man in charge, Bickham's desk would already be empty and his name taken off the Christmas card list. In addition, I would also have fired anyone else whom I felt were responsible for this error; such as assistant editor, Matt Keefe and Publisher, Paul Lyons.
But, as the Editor, it was Bickham who lacked the vision to see the problem, and it's his shoulders the blame should land upon.

You might think I'm being overly harsh and critical, but at the end of the day Warhammer Visions is a professional publication, representing a multi national company and as such, cannot afford such amateurish displays. As editor, it's your job to make sure stuff like this doesn't slip through.

If Games Workshop decide moving forward that they would like to hire a dedicated copy editor for Warhammer Visions, my fee is quite reasonable.

Have you spotted any terrible, inexcusable, completely unjustifiable errors in a GW publication? Let us know in the comments. The prize for the best one? Nothing but the satisfaction of knowing you're doing a better job than the Warhammer Visions team is!

*Any errors in this article are completely intentional and used for the purpose of irony. . . honest.
By Unknown