Ladies and Gentlemen, Boys and Girls, Amorphous Blobs and Sentient Gases! Your Referee Pimpcron is here with a fight to the death! Tonight we’ve pitted two of the nastiest Warlords the galaxy has ever known against each other in the squared circle!

In the red corner, we have the Gift of Gork, Miracle of Mork, the Annihilator of Armageddon, Warboss Ghazghkull Thrakaaaaaaaaaa!

And in the Blue corner stands the Host of the Hive, the Zealot of the Zombies, rot and infection incarnate, Typhussssssss!

Now let’s see the tale of the tape. 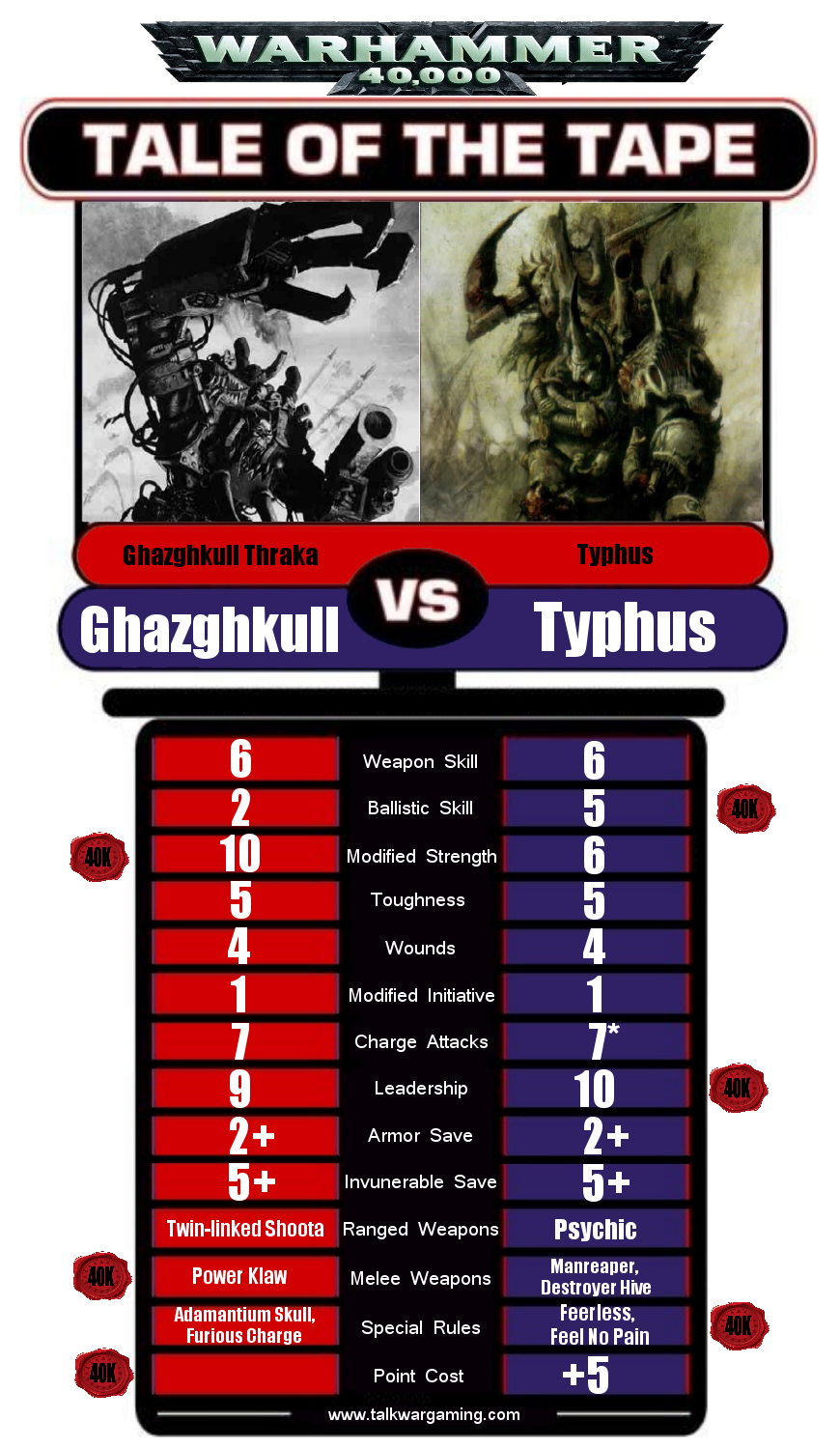 A few things we want to mention before the fighting begins:

As you can see from the Tale of the Tape, these are two very well-matched fighters.
The bell rings and the two beasts rush towards each other, Shoota rounds bouncing harmlessly off Typhus’ Terminator armor. Typhus psychically draws forth a green torrent of putrid gas, striking Thraka and bring withering atrophy to his muscular frame in an instant. The titans slam into each other with all of their might, buying precious time before their unwieldy weapons can be brought to bear. Armor plating shatters off of Typhus as scrap metal flies off of Ghazghkull’s Mega armor. Typhus draws back his Manreaper for a killing blow just as Thraka clamps his  massive Power Klaw down on Typhus’ arm. In an instant, the Manreaper is buried halfway through Thraka’s torso from the shoulder; dealing two unsaved wounds. A rickety Ork piston jerks into function and Typhus’ arm falls to the floor from the crushing power of the Ork Klaw, sending a fountain of puss and gore into the audience.Typhus reals from his loss of two wounds but he whirls his Manreaper with his remaining hand as Ghazghkull, fueled and strengthened by pain and rage, clamps down on Typhus' helmet  and rips it off! The Instant Death causes pestilence and rot to spray out of Typhus' neck in a frothy foam. Ghazghkull throws  the helmet and lets out a cry of raw primal anger and the crowd goes nuts! 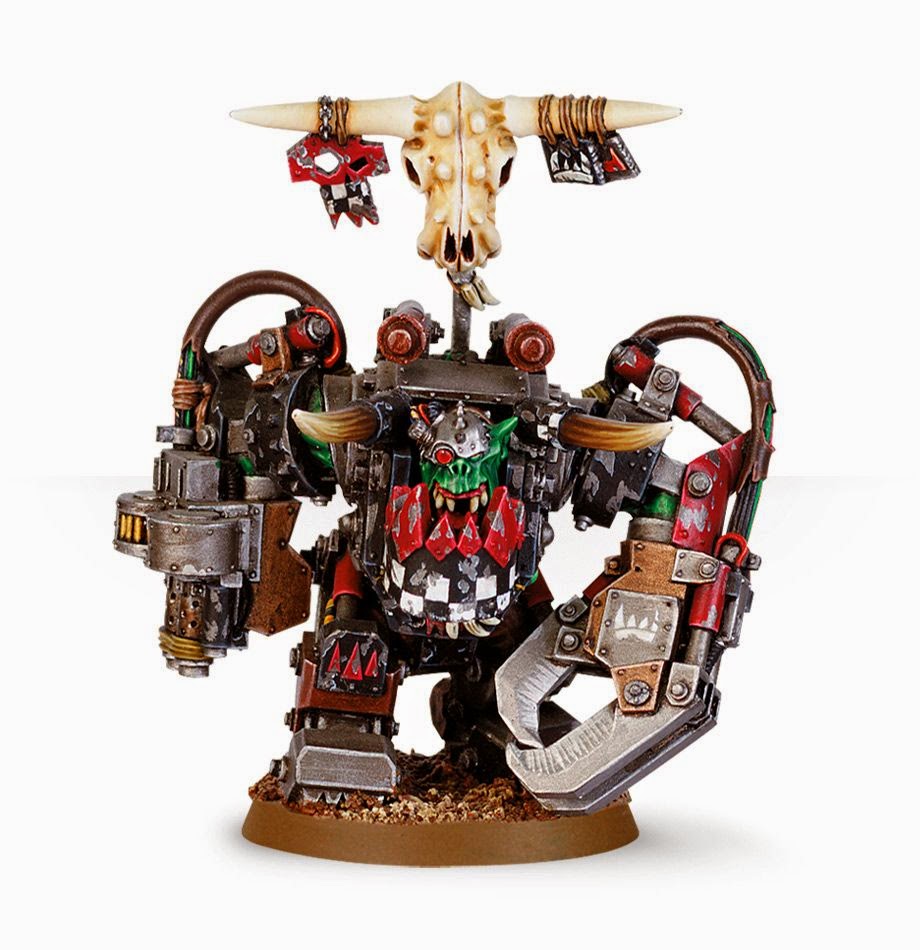 Though severely wounded, Thraka has earned himself a victory!