Even with the Warhammer 40k game Storm of Vengeance not yet at full release we have news of another 40k game in the works. This time its a 3D action and adventure game for mobile devices based on the exploits of the Ordo Xenos Inquisitor, Eisenhorn. 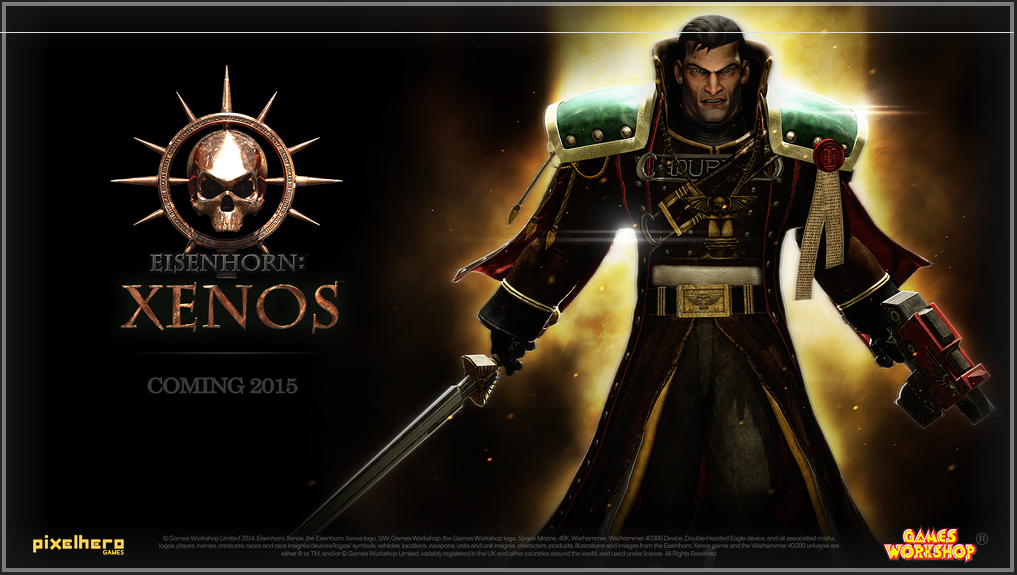 Eisenhorn: XENOS will be based on Dan Abnetts book 'Xenos' which is the first of a trilogy featuring the inquisitor. The game, which will be arriving next year, is being developed by Pixel Hero games, a UK based game developer. To date, the studio only has a single title under their belt which may sound like a little unnerving, trusting a franchise as big as 40k to such a juvenile studio is a big risk. On the other hand their game, Sprial: Episode 1, came to critical acclaim last year and their team have experience working with a number of other studios. So things might not be all that bad.

What is interesting is that it appears as though that Games Workshop have once again opted for the cheaper start-up studio rather than returning to big names such as Relic. The upcoming Storm of Vengeance has been developed by Eutechnyx, who's portfolio consists mainly of Nascar racing games, equally seemed like a strange choice. However, there is nothing to say that both of these games will not prove to be enjoyable and loyal to the source material.

Information is a little sparse at the moment but no doubt we will start to see more information emerging over the next few quarters.

What are your thoughts on the choice of Eisenhorn for this new game branch? Do you think that Games Workshops move toward smaller developers is a good thing? Let us know in the comments.