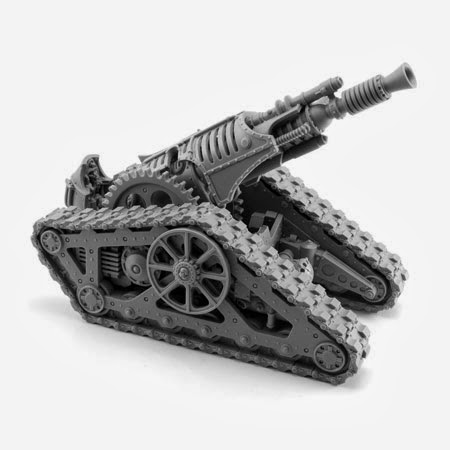 Todays Forgeworld news letter bought us some interesting news in the form of the upcoming Krios Battle Tank for the Adeptus Mechanicus.

The model looks absolutely superb and really fits in with Forgeworlds other mechanicus forces. I especially like the the Tech Priest plumbed into the rear of the main cannon, after all who needs a crew when you can plug yourself in. All the cogs make it look like a steam punk ray gun on wheels. My only gripe is a pedantic one, its more of a self propelled gun than a battle tank.

A number of these will be available for sale at the Forge World open day on the 30th March and they will be on general sale soon after.


From the News Letter

The Krios Battle Tank is a vehicle of arcane and ancient design that fulfils a tactical role within Mechanicum armies similar to that of the Predator tank more widely used by other forces of the Imperium. Its durability is provided by interlocking defensive energy fields, rather than physical armour, lending it a deceptively skeletal appearance.

The most common armament mounted upon the Krios is the lightning cannon. This configuration takes advantage of the tank’s powerful on-board reactor’s vast energy capacity to create a laser-path guided electromagnetic beam, able to vaporise flesh and rupture heavy armour with ease.

The rules for the Mechanicum Krios Battle Tank, as well as many other exciting new models, can be found in the forthcoming The Horus Heresy Book Three: Extermination.

A limited quantity of this multi-part resin kit, designed by Stuart Williamson, will be available to purchase at the Forge World Open Day and will also be available to pre-order on the day as well. The Krios Battle Tank will go on general release in the next few weeks. 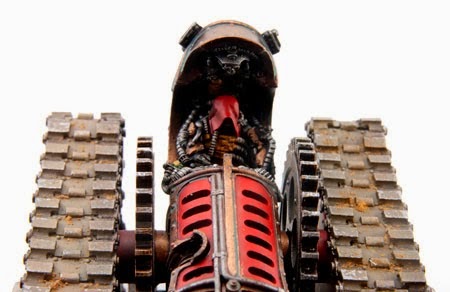 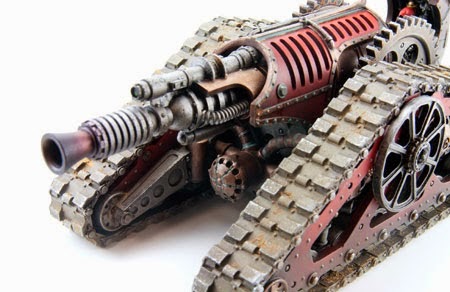