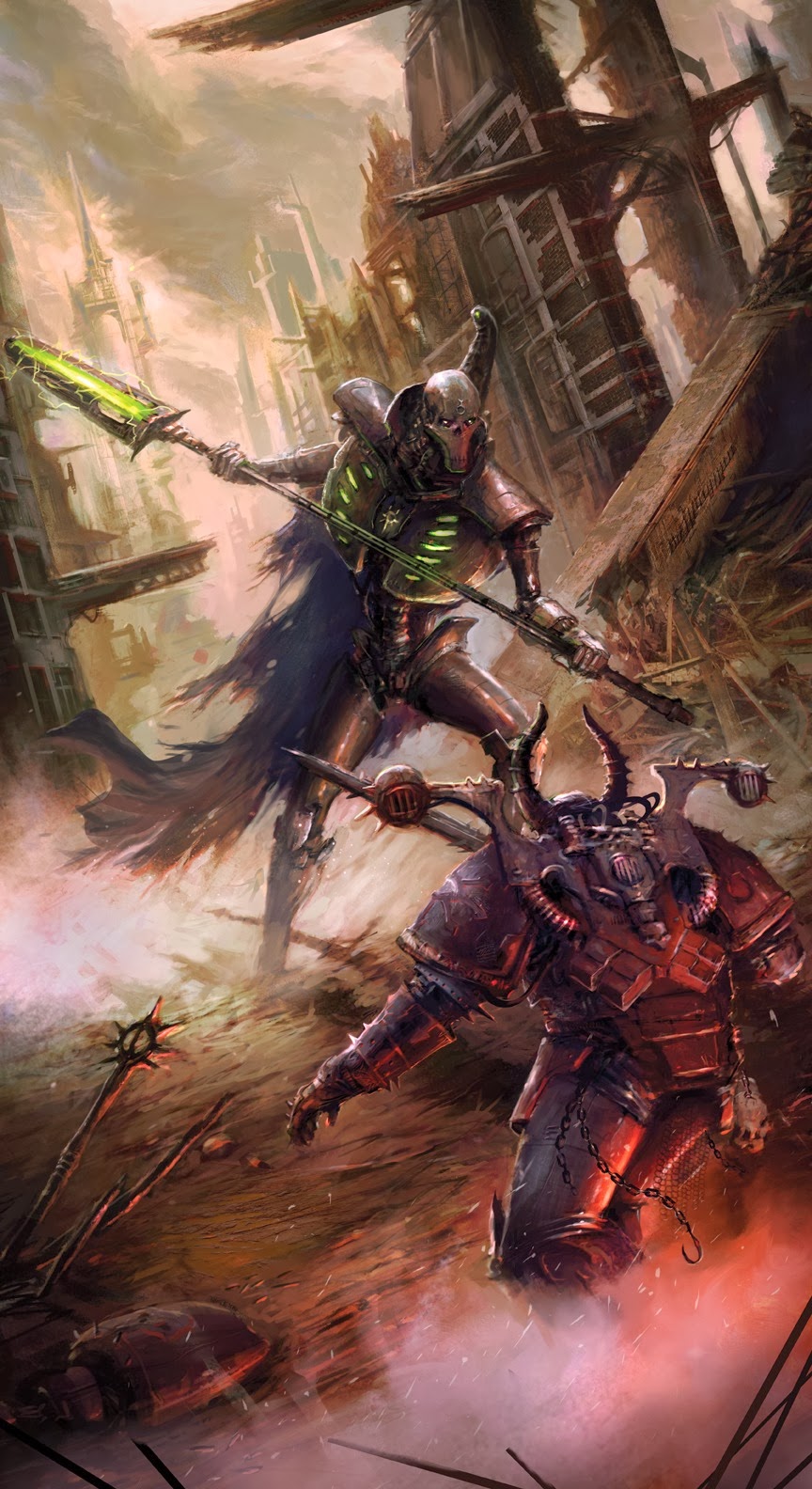 Welcome to the final part of the Campaign series. Because I'm a well nice chap, this week I'm posting a campaign I wrote for you guys to download and use yourself. The campaign is named after the planet it is based on: Morrian. The download file has rules, stories and artwork and is completely ready to go. All you have to do is come up with a campaign map to play with. You can find my tutorial on how to build one here, or if you haven't got the time, get out a ruler and your favourite Crayola and just draw something up to use.


It's intended to be a 2 player campaign between Chaos and Necrons, but it's perfectly OK to add more players and/or change the armies. You could have an Imperial Guard force from the 623 Explorator Division (they are in the campaign), a Space Marine relief force, any form of Inquisition, Eldar sweeping in for a 'higher' good, whatever you choose...

The downloadable campaign pack can be found on Scribd here.

I'll leave you with an introduction to wet your appetite. If you've enjoyed it, leave a comment. It would be great to get some opinions, as it's a story arc I'm planning on continuing in the future...

Morrian. It was an isolated industrial planet famous for it's productive mining operations. It was, because Morrian no longer exists by Imperial record.

Through Imperial quota and the greed of the government, Morrian probed deep into the planet's surface, to areas better left to lie. Far below the surface, they awoke two evils so dark they would methodically erase all intelligent life forms that they could reach.

The first evil was a contagion. A temple dedicated to Chaos was breached, and a pestilence was released from the sealed chamber. Airborne, the contagion spread across the entire planet within the week. Citizens began to act increasingly aggressive towards one another, attacking others on site, murdering them in a frenzy of rage until expiry through starvation and exhaustion. Emergency distress signals were transmitted to nearby planetary systems and passing vessels, until they were abruptly cut off, and no word was heard from Morrian again.

The Inquisition had jammed the signal. After bombarding Morrian Hive from orbit, they began a blockade to stop the contagion spreading off planet. After just 5 weeks since the first infection, all contact from Morrian ceased. Imperial life was still. The Inquisitorial force departed, leaving a strike cruiser as sentry.

All records of Morrian's existence were erased from Imperial archives and the case was shelved. Morrian does not, and has never existed.

6 months later. Carthax, a Chaos Space Marine Warlord, has led his Alpha Legion to the planet's surface. Their mission is to locate the source of the contagion and secure it; a weapon to be used in the Long War.

However, they will soon discover the second evil unearthed on Morrian. Necrons of the Nihilakh Dynasty, prematurely awoken from their slumber to reclaim the sector, and they would use the weapon themselves.