With only a few days left until the official announcement of the Militarum Tempestus some new light has been shed on this new force. Not only do with three more images of the Tempestus Militarum forces but also some rules clarification. 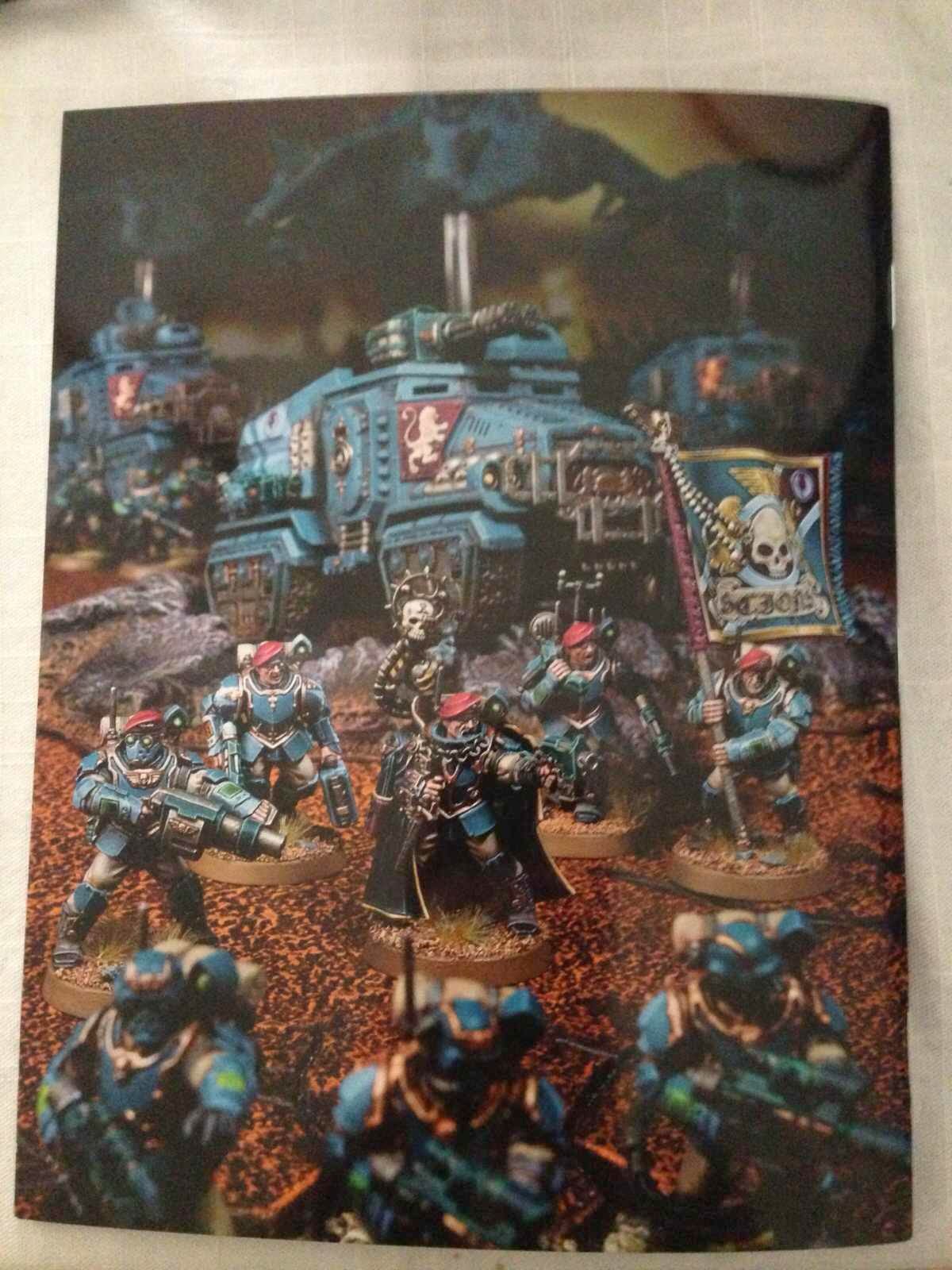 First up is the picture of the Militarum Tempestus Command Squad which can be built from the Scions box. Not only do we get to see thea number of the weapon options we can also see the models which much better clarity. The commander looks fantastic, the bearded head and beret go together really well. The closed helmeted heads are very reminiscent of the current stormtroopers (not the Kasrkin) where as the the berets hark back to the classic stormtroopers. From the images so far these kits seem packed with different weapon options which will really allow you to get a lot of variation. We can also see that there is an alternative rocket weapon for the taurox vehicle. 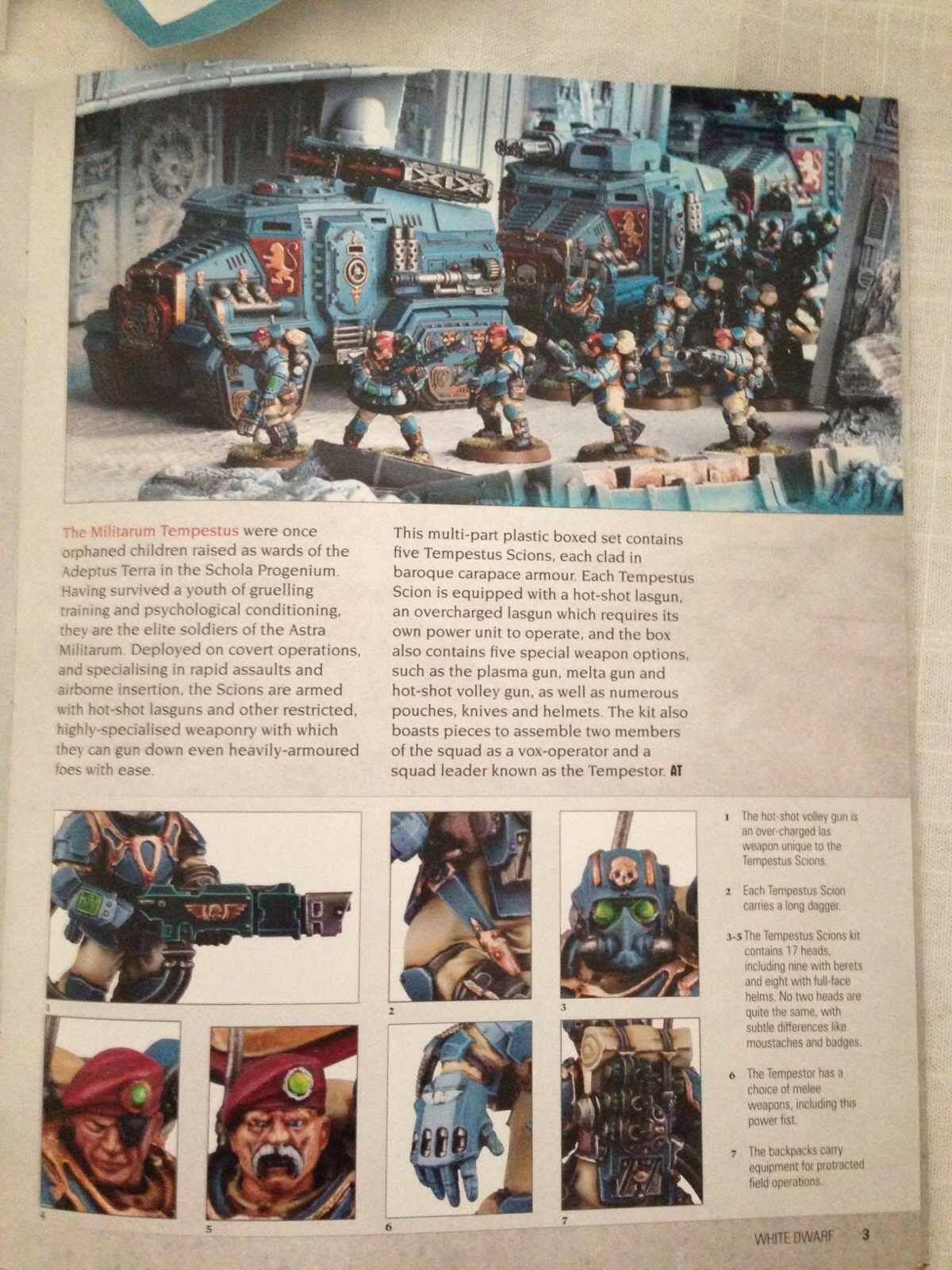 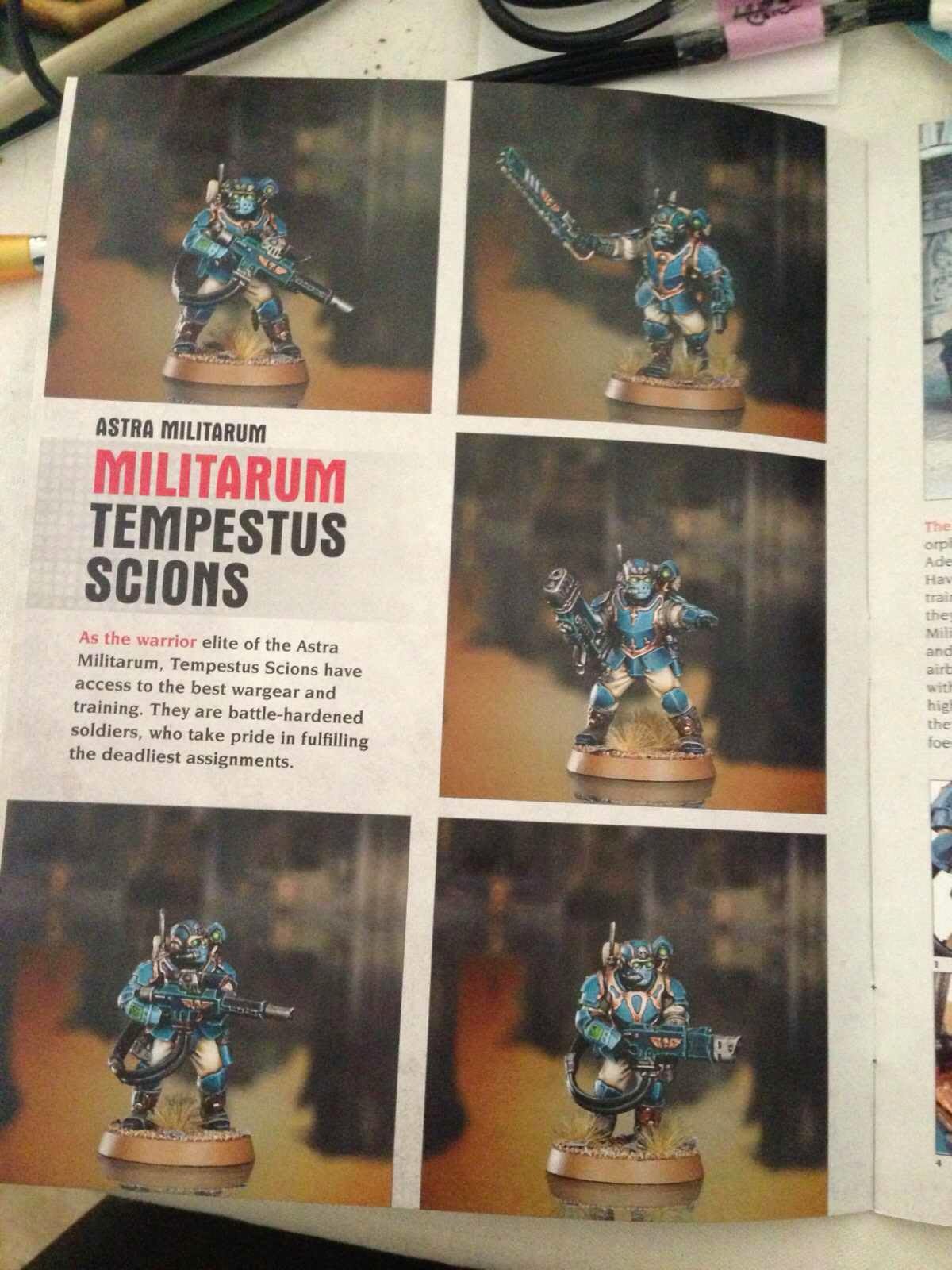 In addition to this there have also been some rules clarification from an anonymous source on Faeit 212:

Taurox is approx. the cost of a lone marine in a Rhino, 11 10 10 for armor and rerolls failed terrain rolls, comes mounted with an Autocannon and can hold 10 models. Taurox Prime is approx. 2 more marines in that rhino but comes with your choice of Taurox Missile Launcher, Battle Cannon or Gatling Cannon. Same armor and transport capacity as the regular model.

The battle cannon on the Taurox Prime is a 'Taurox Battle Cannon'. I don't want to rain on anyone's parade but it is just Str 7 Ap4 Blast. It can be upgraded for the price of a sergeant to the Gatling Cannon which is Heavy 10 Str 4 AP - or a further sergeant to get the Missile Launcher which is your standard Heavy 2 Frag/Krak combo. The Prime also comes with a mounted Hotshot Volley Gun like the Scions can take which is TL Salvo 2/4 Str 4 Ap 3. Both the Taurox and Taurox prime have 2 additional firing points.

Scions also come with Deep Strike and Move Through Cover. 5 of them come in at the same cost as a 5 man marine tac squad, additional models are 1 Eldar Ranger each. The Scion command squad is the same cost as a 5 man Assault squad, can be upgraded with a Medic, Vox Caster and Banner. The Tempestor is Ldr 9 and all Tempestus squads within 18 inches can use his leadership for morale, pinning, etc. In addition, the Tempestor is considered a junior officer and can give 1 command as per current IG rules. Any command squad models not upgraded may replace their Hotshot Lasguns with Hotshot Volley Guns, Meltaguns or Plasma Guns.

These rules seem plausible, especially with them featuring in White Dwarf Weekly soon. However, they should be taken with a pinch of salt. We will continue to post news as we receive it.

What are your thoughts of the new Militarum Tempestus army? Let us know in the comments.