With a picture of the Codex: Astra Militarum being leaked over the weekend we had the first confirmation of the impending Imperial Guard re-release. Well to confirm a few more rumors we have a few more leaked images to whet your appetites.

First up are the New Ogryns which were unofficially announced a few weeks ago. The rumors stated that they would be a plastic kit which can either be assembled as standard Ogryns or armored Bullgryns.  Well these images confirm this by showing us examples of both. 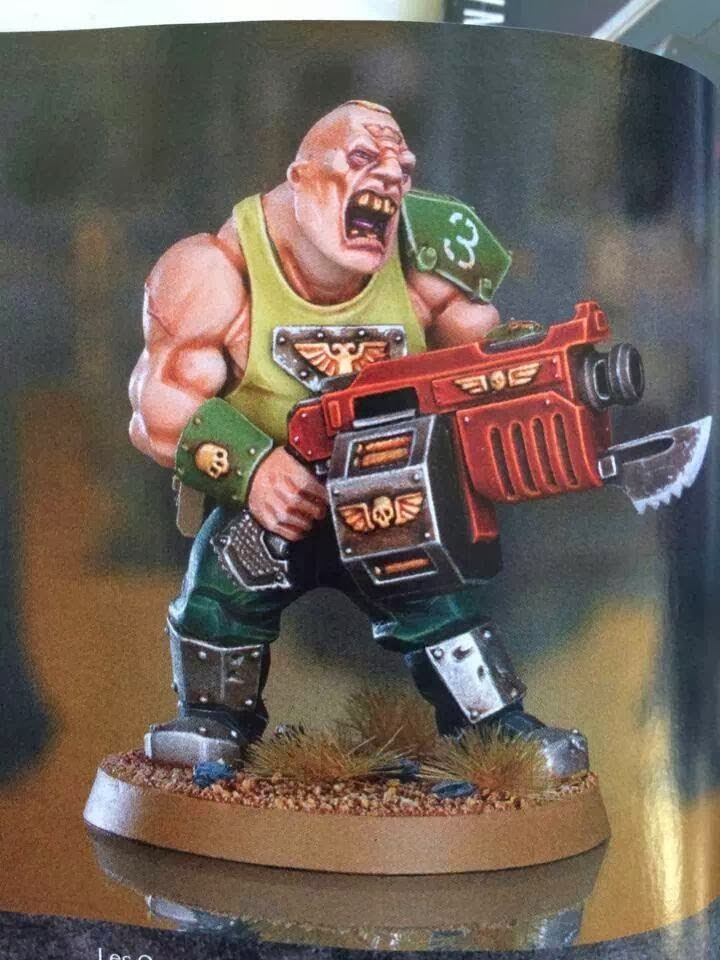 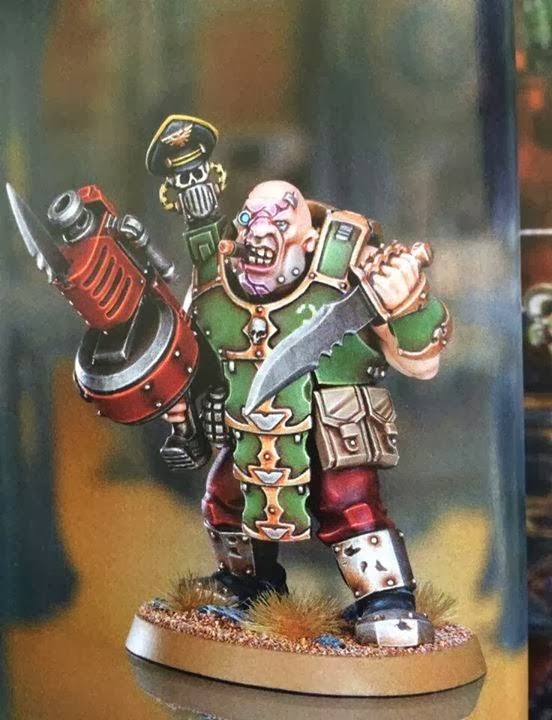 The Ogryns appear to have deviated little from their current counterparts with the exception of them being less heavily armored. The ripper guns resemble over-sized bolters and they are just as ugly as before. The bone 'ead does look a lot more elaborate than previous incarnations, especially with his robot shoulder commissar. 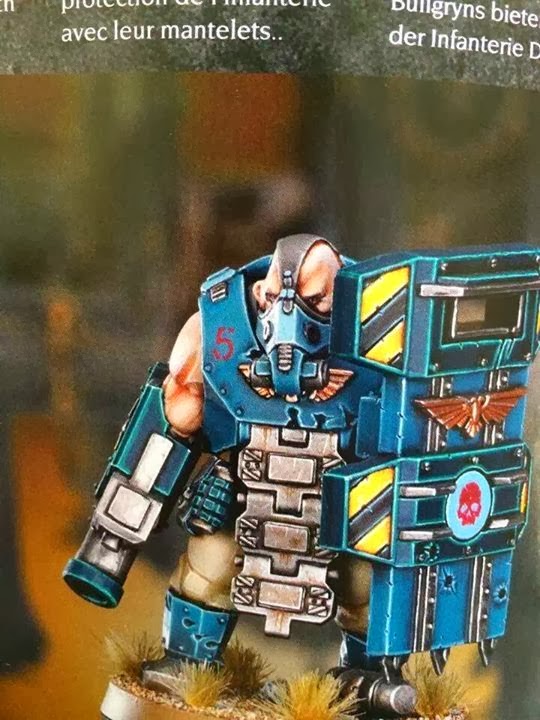 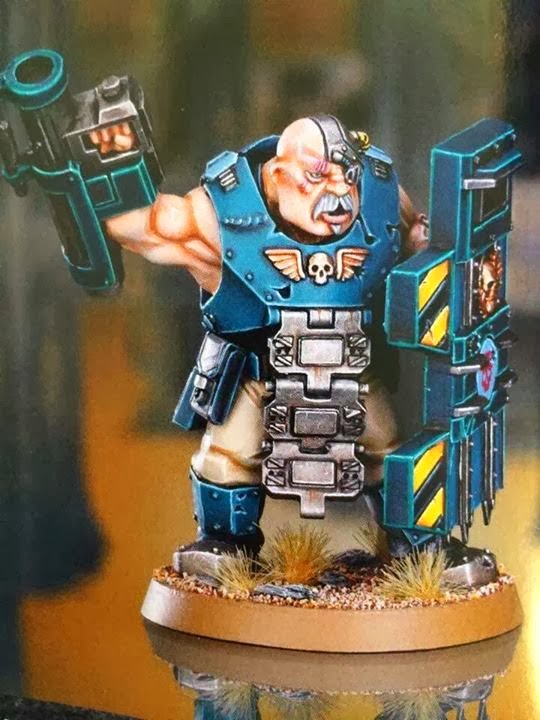 The Bullgryns are completely new and resemble riot police with their large shields. They are most likely geared up for use in close combat. Interestingly their color scheme seems to closely resemble that of the Militarum Tempestus units that we have seen so far. Could Bullgryns be used by this new splinter force? 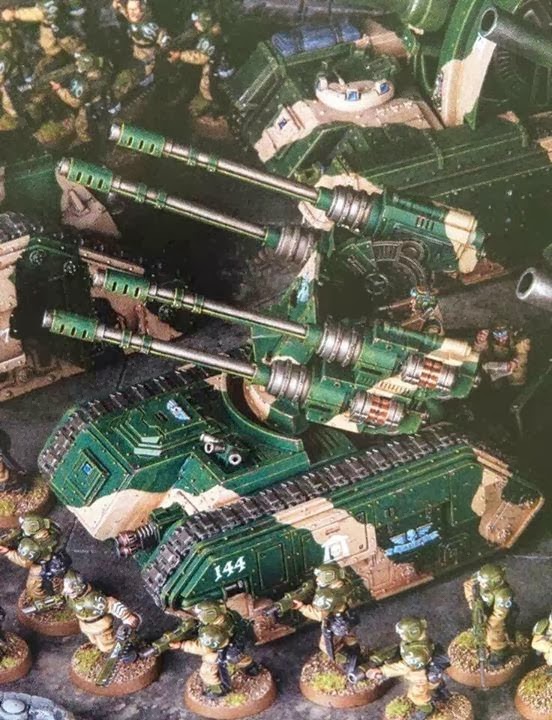 In addition to the Hydra we have a picture of a Hydra which appears to be an open topped variant of the forge world version. The crew in back also appear to be a new addition, could these possibly be included in a Basilisk kit? Rumors of an updated basilisk do not seem to be true as the ones in the background of the shot do not appear to that different from the current ones. 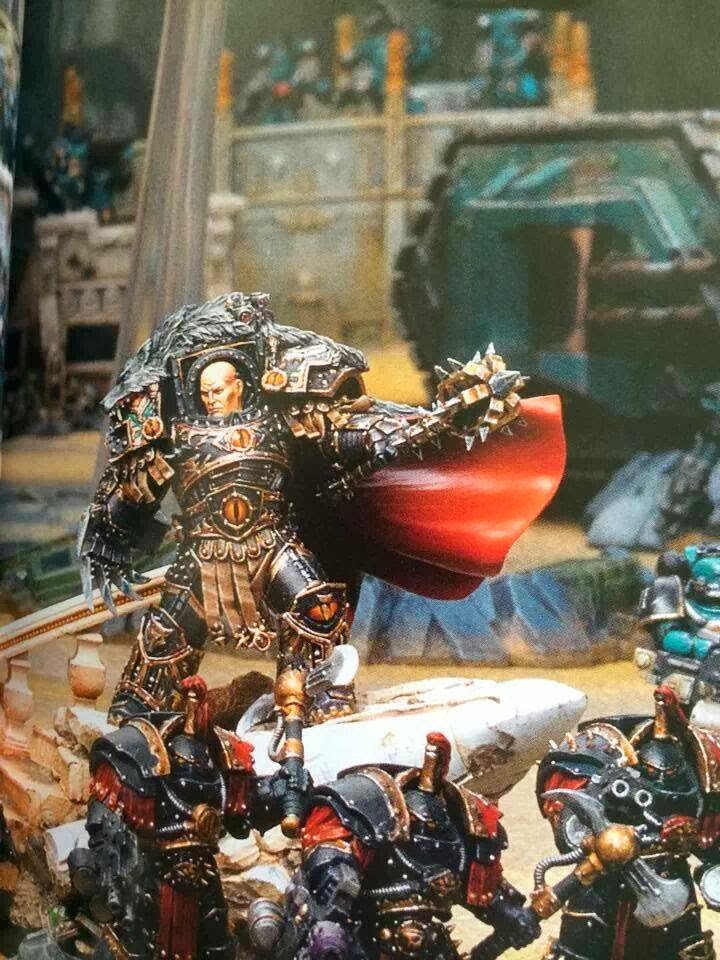 And finally for all you Horus Heresy fans out there we have a rather spiky looking Horus to lead your traitor legions. It will be interesting to see in any other primarchs will accompany him in a release, perhaps Sanguinus?

What are your opinions of the new Ogryn/Bullgryns, Hydra and Horus? Let us know in the comments.

Source: The Rest of the Scribe