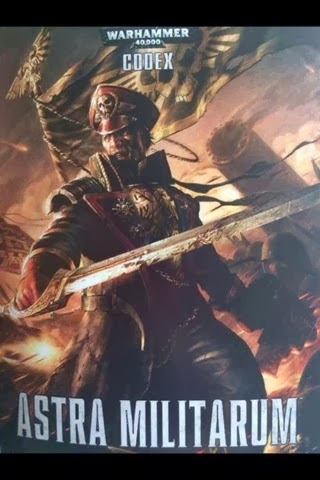 The leaks are coming thick and fast this weekend as even more pictures of the upcoming Imperial guard releases begin to appear.

This time we have a shot of the cover of Codex: Astra Militarum which confirms the rumours that we will be getting a re-release this April.

In addition to this we have a better close up shot of the Militarum Tempestus Scions. From this clearer picture we can see that they are definitely intended to be a Stormtrooper replacement. Their carapace armour looks strikingly similar to scout armour and their berets really finish off the elite look. We can also see the command squad option with the commander sporting a rather elegant great coat. 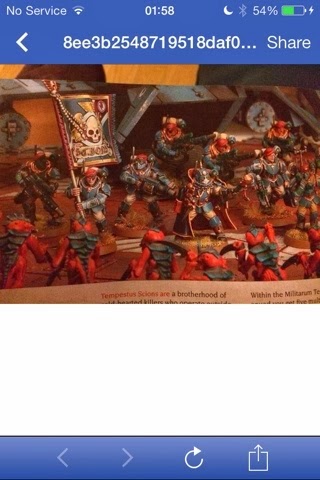 We also get a better shot of the Taurox vehicle which will most likely be dedicated transport for the new stormtroopers. Although I like he majority of it, the tracks just look a little too tall.

So what does all this mean?
It seems as though the Imperial Guard are getting split into at least two separate armies, with the main body of the forces being covered in Codex: Astra Militarum. It is most likely that Militarum Tempestus will cover a splinter force of stormtroopers which will allow any Imperial force to take them as allies.

What are your opinions on the kits we have seen so far, do you agree with with the supposed split between Stormtroopers and the rest of the Imperial Guard? Share your thoughts in the comments.