Hobby Projects: What You Need to Know

Before I begin let me apologize for the following three words which I will using in this article: Inspiration, Preparation and  Motivation. It sounds like your at some self help seminar right? Well as corny as they sound, when it comes to starting a new hobby project, you will loose interest pretty quickly unless you have these three things. So, by using a project of my own as an example, let me explain what I mean.

Be it a film, a book, a new codex e.t.c there will always be that one thing which sparks your desire to create something new. It will not only give you the initial ideas needed to get your project started but will also give you some abstract goal in which to work towards. For me it was a black and white photograph of three WW1 Era British Soldiers wearing body armor. As soon as I saw that picture I knew that I wanted to make a WW1 themed Imperial Guard army. So with this image firmly seated in my head, I began the next stage of the project. But before you move on you should ask yourself a question, will I stay interested? If its a no then quit now, there is nothing worse than getting bored half way through after you have already invested time and money into an idea.

Before you pick up a a hobby knife you need to ensure that you have properly outlined what it is you want to achieve. If you're like me this usually involves a mix of research, notes and doodles. I bought a couple of WW1 picture-heavy books to serve as reference and of course made extensive use of Google. During this 'preparation' phase I was able to outline what additional components and materials I would need in order to achieve my goal. It is also useful to mock-up some army lists at this point, this should allow to have an initial cut-off point which will come in handy later on...

Even with the best intentions and well prepared plans your project will amount to nothing if you cannot stay focused on it. After you have expended that initial surge of enthusiasm it can be very difficult to continue on with a large project. But ultimately, if you can stick at it you will be that much more satisfied when the job is done. I find it useful to take breaks frequently, and I don't mean toilet breaks. After spending hours and hours filing down guardsmen shins I found myself quickly become disillusioned. However, after switching my focus to something a little different (Battlefield 4) I found that I was much more enthusiastic to carry on with the filing. Try to remember that your doing this as a hobby, it is supposed to be fun and shouldn't feel like a chore.

So although it's doesn't have the most catchy name I.P.M (IMP maybe?) is fundamental to seeing hobby projects from start to finish. But let me point out that these aren't the only things you will need to keep in mind, they are just the three I personally find the most important. I hope that, if you are planning on starting a project yourself, you have found this article useful. To finish I leave with the first on my WW1 guardsmen, achieved by following I.M.P I.P.M. 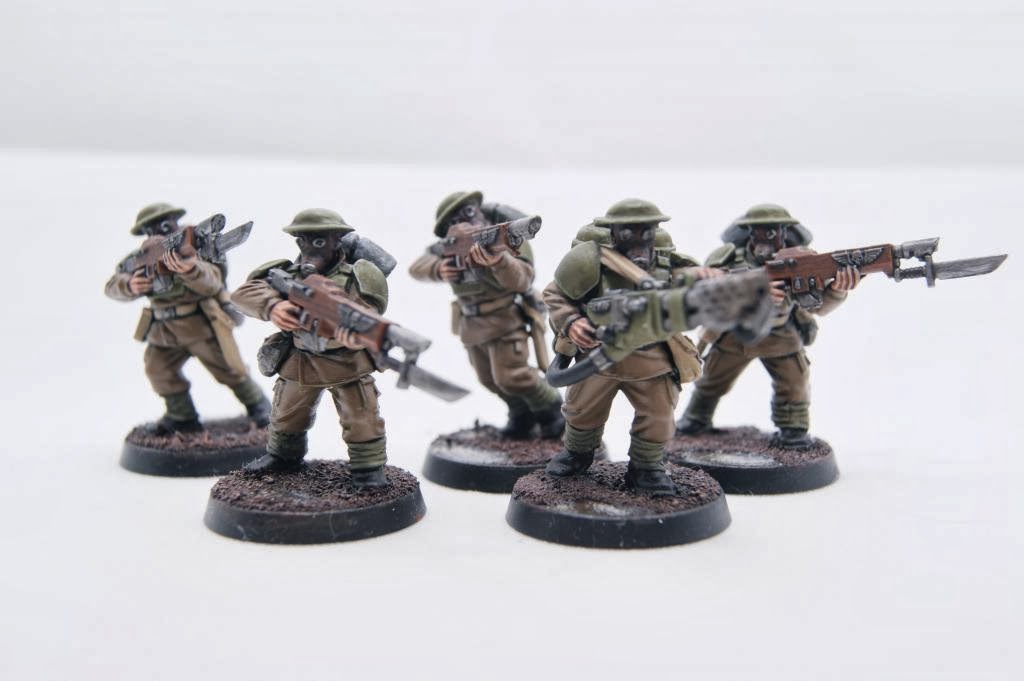