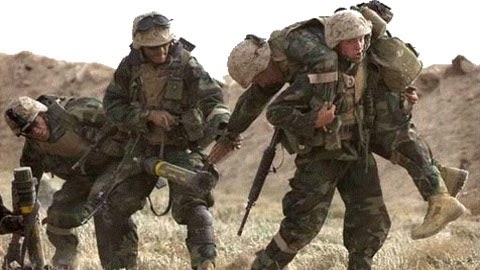 This week’s column is all about the downright mental moments that take place in our games. We’ve all had them, for good or bad. Those particular moments that are so outrageous you’ll always remember them.

Our game at it’s core is a game of dice. The odds are there, and good decisions can swing the odds in your favour, but every now and then the dice gods thrown down a lightning bolt of utter randomness that leaves you gobsmacked, whether it’s in your favour, against you, or so hilarious/ridiculous it doesn’t even matter!


The first example then. A gaming buddy of mine has recently started up a Deathwing army.  On our very first game, Belial and 5 Terminators deep striked down turn 1 into my deployment zone. My entire army turned around, threw up the V’s to the Tommy Tuck-Shops and their oversized fists and swamped them. We’re talking 35 cultists with Autoguns, 5 Havocs with Autocannons, 10 Raptors with 2 Meltaguns, and a Chaos Lord with a Plasma Pistol. In charge the Raptors and Lord, finished off the last few Terminators leaving nought but Belial.

Next round of combat, the Chaos Lord takes the obligatory challenge against Belial and does bugger all. Damn. Belial attacks back at initiative 1 with a Thunder Hammer, and I fail a re-rollable 4+ Invul save. Instant Death on the Chaos Lord, lost combat by 1. The Raptors FAIL their leadership test, and I’m about 4” from my board edge! They bloody leg it the cowards!

So in the Dark Angels turn, Belial turns to the 35 Cultists sitting on the objective and charges in. The Cultists Champion gets mashed potatoed in another obligatory challenge, and the entire squad FAILS THEIR MORALE TEST. They run off the bloody board too!

So 1 bloody model wiped out 10 Raptors, my Chaos Lord and 35 Cultists, 678 points worth of models! From now on, this guy is an absolute legend! I don’t care how competitive he is, or whether I should have equipped my Chaos Lord differently, the idea of 1 Hero of the Imperium wiping out that much is amazing!

So that’s what this column is all about. How many memories of moments like that do you have? Even months or years later, can you remember those times when a particular model/unit/army did something so unbelievably epic? It’s another part of what makes our gaming so fun. Use these moments to add to the journey of your army. They aren’t just plastic soldiers with a few coats of paint splashed onto them.

You can even laugh about the epic fails. I remember a game when my Dark Eldar Archon killed a Wraithlord in Combat and Soul-Trapped him (doubles your strength). He then charged the Warlord, killed him and his retinue of Striking Scorpions and Soul-Trapped again. He was now a Strength 10 monster with AP2 Instant Death. Finally charged some guardians who overwatched and hit with a Shuriken Cannon. He failed his 2+ Invul save and was instant deathed due to double strength! After all that, he died from bloody overwatch from a guardian!

GW encourages these kind of moments; It’s what ‘Forging the Narrative’ is all about, as we write stories with our models on the tabletop. At the Throne Of Skulls tournaments at Warhammer World, they have a feature called ‘News From The Front’, where players record ‘unbelievable stories of heroic deeds… narrative driven stories of hugely defied odds and insurmountable glory’. At the end of the weekend, the judges will award a prize for The Single Most Heroic Act. At the events I’ve attended, one winner was an Imperial Guardsman armed with a Melta Gun (the last remaining man of his squad) who killed a remaining Terminator from overwatch, blew up a Land Raider from close range, but met his end when the objective he was holding blew up from sabotage! What a hero!

Hopefully this week’s column will help everyone recall those truly epic moments. Anyone have any as heroic as the Imperial Guardsman, or as ridiculous? If you haven’t, get out there, roll some dice and make some heroes!
By Elliot