Fleshy Mortals! Greetings from your unfeeling, mechanized overseer Pimpcron. I’d like to institute a few Universal Rules when dealing with Gray Areas in wargaming. 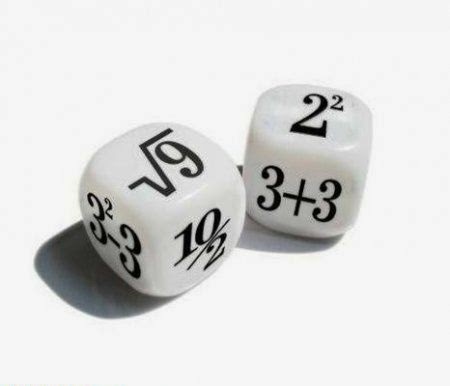 We’ve all had the times when it really is up in the air how the game should proceed. A crucial cocked dice, a reserve roll is forgotten, or a very conspicuous fart erupts. But this article isn’t a plug for Bean-O so we won’t address the social effects of loud and unbridled flatulence (I’m looking at you Alex).

After many years of gaming I have set a few Universal Rules that have worked well for me and helped to balance the game. I will dispense this knowledge . . . now.

While Playing a Competitive Game:

You better be on your game there, Cowboy; because if you forget anything, you just gave it up this turn. And I expect the same rules to apply to me. There is no room for kindness in a really competitive game. I just showed up to dishonor your family, deflower your self-esteem and drink your soul; and I intend to do it. In the event that you win, you will find that my soul tastes like a Strawberry Starburst.

Now that that is out of the way, the rest of these rules apply to mostly fun games; I think. But once your eyeballs have read this information, I admit that I cannot control when you use it. Casual Games, Competitive Games, Puppet Shows, Blood Splatter Analysis, etc. it’s yours to use as you see fit. The first section of Universal Gray Area Rules is called General Rules based on clarifying results neutrally.

Our gaming group uses the stack method. Leave the cocked offender where it is and if you can gently place another die on it without falling off, the roll result stands. This is a very nice, neutral way of settling this dispute and helps keep faces from being punched.

Dice That Are Off Of The Table:

I’m pretty sure this is written somewhere in the Bible but in case it isn’t, dice rolls the end up on the floor are null and void. I think this is pretty universally used as a rule but my job here is to codify it.

“Front!” “Side!” “Front!” [punch] [cry] “Okay, side. . .” You should take a straight edge, cross two opposite corners and extend the line to the shooter to determine which vehicle armor is most facing them. The shooting model will fall on one side of the line or the other more clearly this way.

We all know that the average Codex now is a hundred-some odd pages. That nicely ties up the rules right? Nope. They just wrote new errata for your book. Oh, and there are six different supplements to change your army. By the way, you just bought the four new dataslates. And now you want to use Apocalypse/Stronghold/Escalation/etc. formations or units. Well, the easiest way to deal with this is: If you hold the book/ebook/printed-out errata in your hand, you can play it. If not then those rules don’t exist for this game. In the case of errata, phones with internet access qualify as well.

OMG people. Please, please, please, for the love of all that is holy, roll your scatter die as close to the target as possible. That way you can determine which direction your template scatters as accurately as possible. I can’t tell you how many times my opponent rolled the scatter die out in the parking lot somewhere, ran into the store out of breath and tried to draw me a map of what direction the die was pointing. This should be a no-brainer but somehow it comes up all the time. C’mon man, do it for the children.

Things That You Just Can’t Agree On:

If all else fails and none of these rules cover an issue, the game needs to continue moving along. So if you just can’t agree on something, roll a die. 1-3 one of you get your way, 4-6 the other gets his way. Of course you could thumb wrestle, Rock-Paper-Scissors, or petition Congress for a decision. But what if Congress isn’t in session? Just roll a die for crying out loud.

This second section of rules is based purely on realism in the game and “What would soldiers really do?” type questions.

I allow Reserve Rolls to be rolled as late as the Shooting Phase because of realism. The roll determines whether or not the reserve unit has found their way to the battlefield; so I believe you should be given some leeway in rolling for it. Not rolling for it essentially means that the reserve unit didn’t even attempt to get to the field. “Alright, before we get to the battlefield to smite our foes with righteous fury, does anyone have to pee?” . . . “Dammit Frank! I told you to go before we left!”

GW is well known for rules being phrased like, “Not before each other turn, do not stop beginning to start rolling your failed anti-rolls against the previous odd turn’s positive/negative scatter score. Don’t roll 7 D6s until then, but you may stop choosing to begin. On a roll of 9+.” Codex: Tyranids, page 32. Just read the rule and decide what the rule was trying to say (the spirit of the rule), and if it makes sense for the unit realistically. Geez.

Forgetting to Activate a Unit:

Once again, realism has to take priority here. Your army is pitched in a heated battle with a hated foe, meanwhile Sgt. Narcolepsy and his Howling Snorers fell asleep in the middle of it. It makes no sense. As long as it isn’t very far into the assault phase and the forgotten shooting won’t affect any assaults, I say let your opponent wake up his unit and let them point their guns at something. The same goes for moving in most cases but as late as the Shooting phase.

Your Opponent is a Dick:

I put this under the Realism section because jerk-faced opponents need to be realistically beaten with all the force you can muster. Consult the rules for Competitive Games above.
By Pimpcron