Breaking The Game: A Look at “Competitive” Wargaming

Greetings people of the Imperium! This is your old pal Pimpcron here, with a philosophical look at what we call “Competitve” Wargaming. What is it really? And is it truly the Ultimate test of someone’s battlefield mettle? 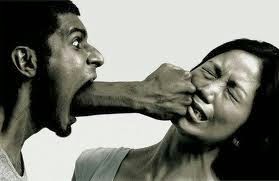 First of all let’s take a look at the ideas behind a balanced strategy game. The Game Designer creates Universal Rules that determine how the game is played that are absolutely unbreakable and irrevocable . . . until they decide to break and revoke them. (Does Congress design games?) The slight breaking or changing of rules for some armies or units is what makes them different and allows flexibility to your plan. Take Checkers for example: Absolutely all pieces MUST follow the same rules. That is, until one of them plays Red Rover and gets to the home row of your opponent. Then it’s a whole new game when they become a King. Well balanced games very carefully allow different units or armies to slightly break the rules, and they give your opponent equally effective options for counter-acting your rule-breaking units.

The problem we have is: we’re talking about Warhammer 40k. I don’t even need to go into the Drug-like downward spiral of game balance we’ve seen since 6th edition came out.


So is that guy who just beat you by 142 Victory points (it was a big game) with his Death Star unit really just better than you as a strategist? All other factors aside (luck at rolling, target prioritization, etc.), list making is a MAJOR factor in your chances at winning. But anybody with at least one eye, one finger and half of a human brain with enough flesh to connect the three can look up lists online and craft the “perfect” (read: “Dick”) list to squash you. They can laugh maniacally at your loss while you go home, cry in the shower and wonder where your life went wrong. I blame your parents.

Well this is the part where I go back to game design and balance. With a game as sprawling and Encyclopedic as Warhammer 40k, it’s safe to say that some designer somewhere just threw his hands up and said, “Screw this. Let everyone have super heavies in normal games!”

So a “competitive” list in 40k basically amounts to “How many rule-breaking units can I stack together so that everyone hates me?” Now, I know some would say that being cheesy and overly aggressive is the point behind warfare. In real war you bring every single ignorant, cheesy Deathstar unit you can to smash your opponent's teeth in on turn 1. Real war is just as much about cheating and being dick as it is about tactics and strategy. The purpose of real war is to win; the supposed purpose behind wargames is to stretch your tactics to the limit, out think your opponent, and have fun. If you have the money to buy the units (and at least enough of those body parts I mentioned to look up a winning list) then you have a force to be reckoned with. So I guess that clearly makes you a tactical genius. I’m sure you’ll be included in the curriculum at West Point soon. “The Guy With Internet Access and Money Took The Strategy World By Storm” – Spring Semester. If you boil it down, one might dare to say that Competitive Wargaming is merely unoriginal rules exploitation. “Unoriginal” because good lists are a dime a dozen online, and “Rules Exploitation” because that’s what stacking a bunch of rule breaking units does. "What's a Force Org?", says the new players.

Even though I don’t like playing power gamers, it doesn’t mean that they don’t have a place in our hobby. As a matter of fact, some of the power gamers I have played have also been the most challenging tacticians I have encountered. So being a power gamer doesn’t mean that your money and lists are the ONLY things that prop you up the field. Then again,  some power gamers I’ve played were just douche bags with money and internet access. But casual friendly games are where I really find strategy and fun. If your opponent and you are on an even playing field, then you must rely entirely on your tactics and strategy. To me, that is what separates the men from the boys on our tiny, plastic, imaginary battle field.
By Pimpcron