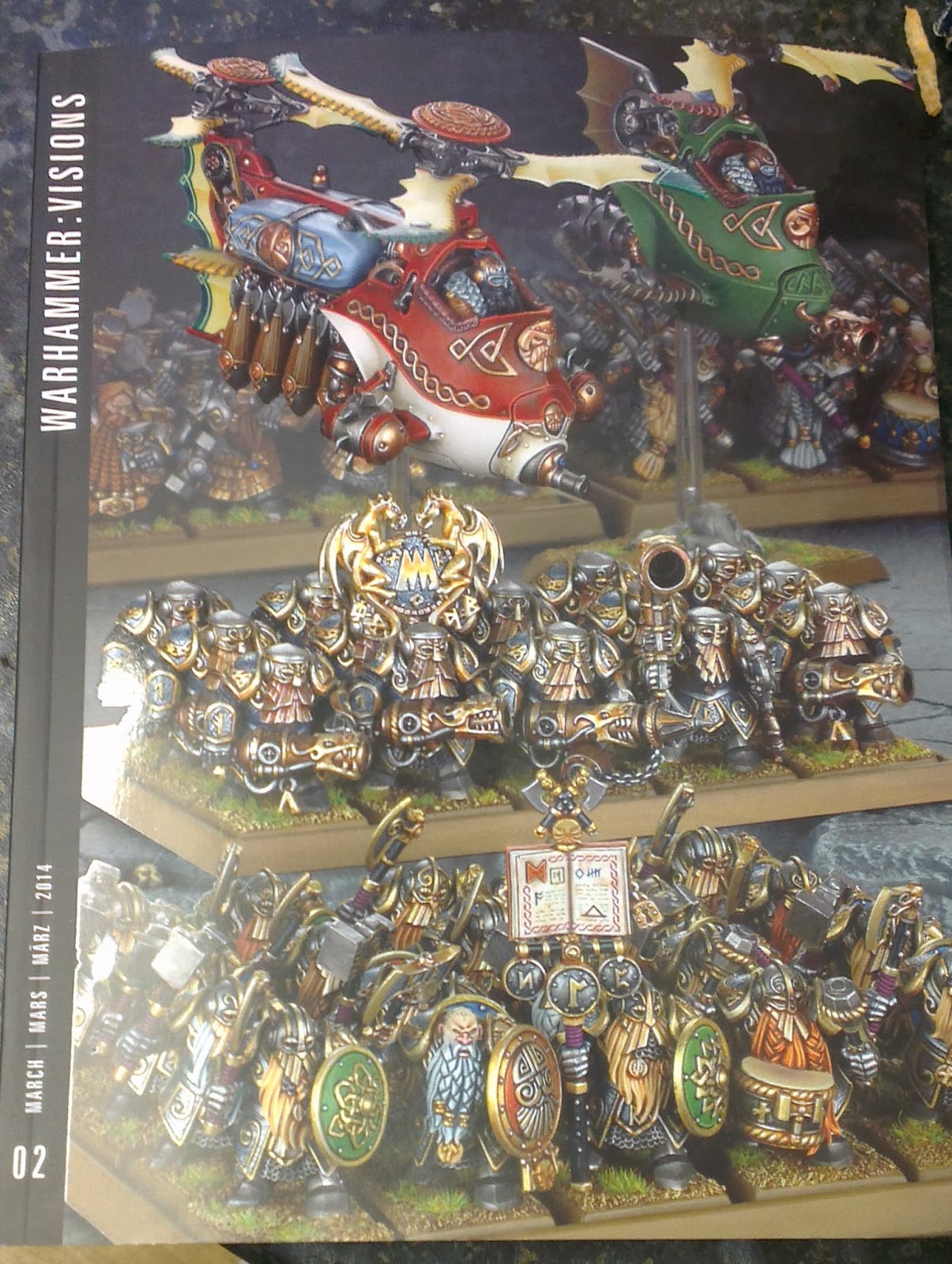 The first third of the Magazine (if you can call it that anymore, it's quite chunky...) is page after page of Dwarves photoshoots, even if you're not a massive fan of the Dwarves or even WH: Fantasy for that reason then I'm sure you'll atleast appreciate the photography on display here as it's quite spectacular and it culminates in a big fold out spread that you could probably use as a Poster if you're that way inclined. 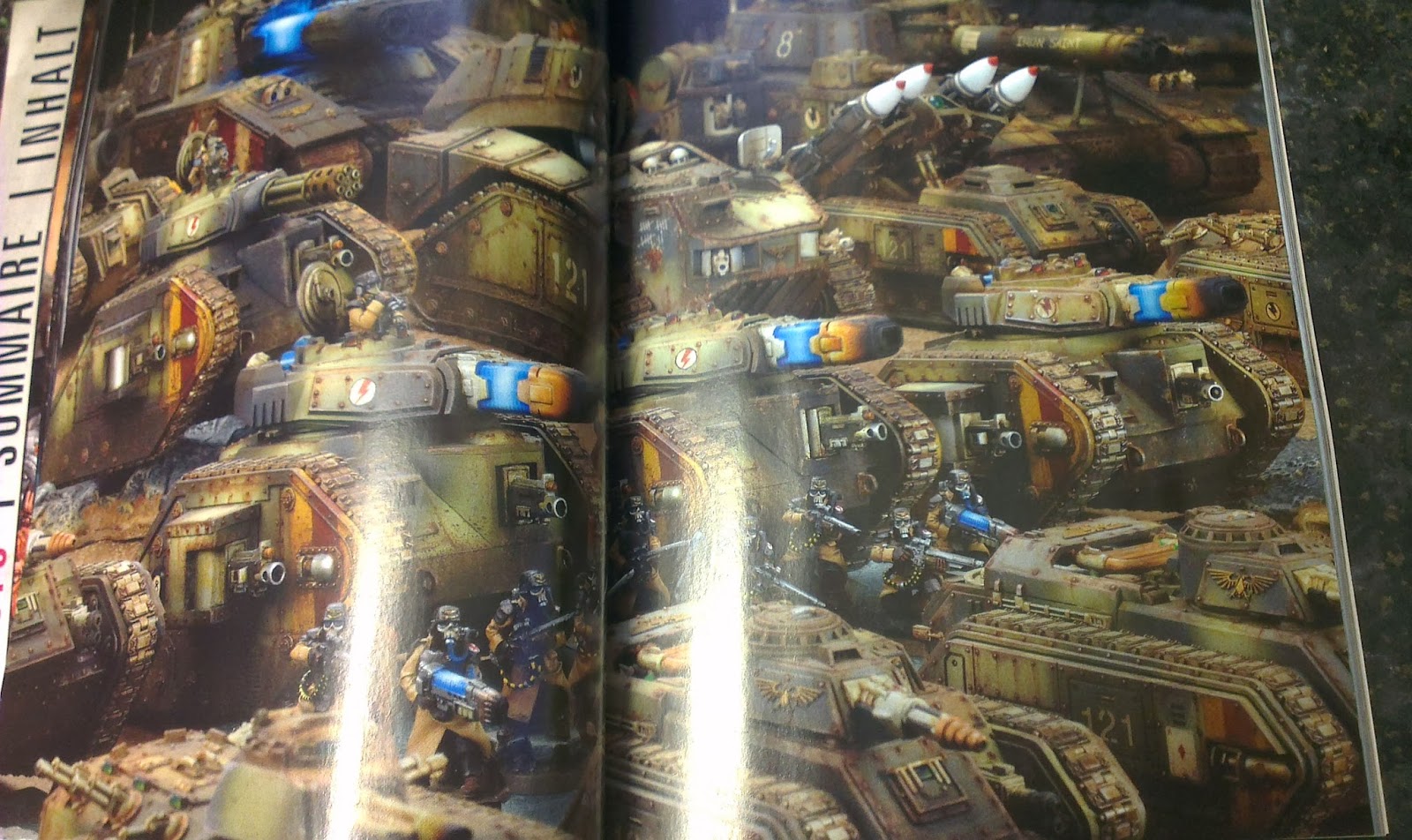 We then move into a little bit of WH40k in the form of some cracking shots of Forgeworlds latest releases in the form of some Iron Hands squads and Contemptors, a little Death Guard and a sprinkling of Imperial Fists before a dozen or so pages worth of Damien Pedley's Armageddon inspired Imperial Guard that takes up March's 'Army of the Month' feature, I particularly love the use of Death Corps of Krieg in the absence of any decent Steel Legion troops from Games Workshop - he does a very convincing paint job on them however my favorite part about this spread has to be the excellent plasma effects on his Tanks and Troops. 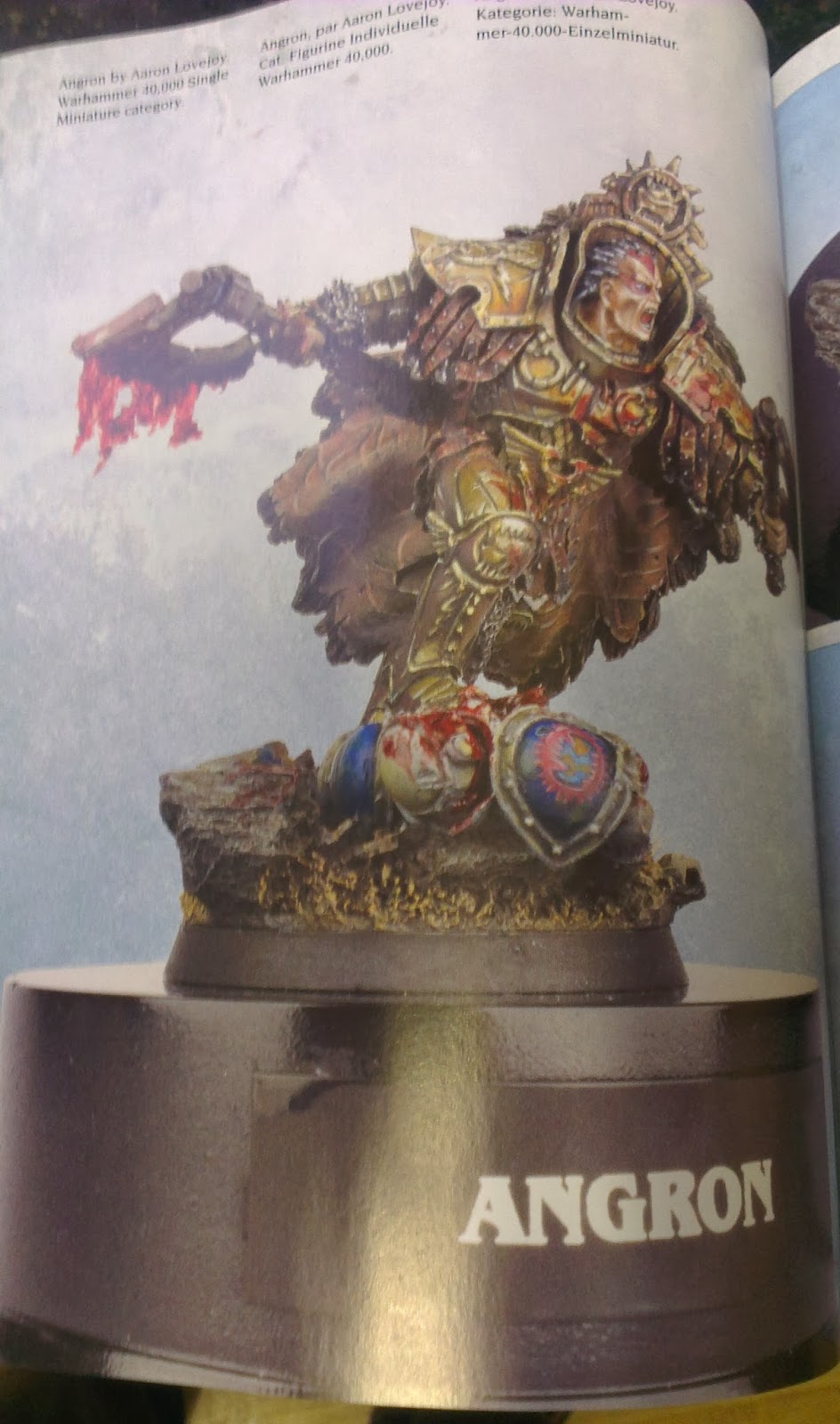 Parade Ground has the usual high quality miniature-porn we've come to expect, all the examples look amazing but it's Angron that absolutely blew me away (though a Great Unclean One came a very close second), the torn flesh on his right Chain Axe looks terrifyingly convincing and the attention to detail right down to the worn leather look on the Pauldrons is absolutely breathtaking.

We then move onto what tiny part of the Magazine is dedicated to the gaming side of the hobby in a Battle Report between the Dwarves (obviously) and the Skaven which leads to a not so close victory from our pint-sized bearded friends. Blanchitsu does his usual and delivers some excellent Inquisition conversion ideas (some guides would be nice though...) before we end with some Painting Guides for the Dwarves and a wonderful parting shot of a Warhound Titan belonging to the Dark Legions silhouetted menacingly against a dark red backdrop.

Already picked your copy up? Let me know how you think the new Warhammer: Visions magazine meets or misses your expectations - personally I enjoy the art work but I'd prefer far more painting and conversion guides and some good tactics articles and more battle reports (there should be a WHFB and 40k one atleast in each issue).