Evening guys and welcome once again to our bitesize rumors roundup. Before I go into the meat and veg of the last few days allow me to drop this little section in and draw some attention to our desire to bring rumor specialists under our banner. (I will make a proper post about this in the coming days)

Here at Talk Wargaming we're keen to bring some news and rumors scoops to the community and to that end we're going to offer rewards for people that supply us with original proven rumors. For every rumor that people send our way that in due time proves to be correct we'll give the source $10 - no questions asked and certainly anonymously (if you have any feedback on this please fire me an email). This isn't to say news isn't to be shared via other channels - once we've broken your news to the community we're happy for you to share it with anyone you see fit. Also, if you see a rumor online and want to help us out, shoot us a message as well. In both cases we can be contacted via the contact form at the bottom left of every page or via email to talkwargaming@live.com

This one here is from Natfka (of course) its seems there's a rat in the GW HQ system as allegedly there's a meeting taking place - a long one...

Hopefully come Thursday we'll have more of this information filtered through.


Meeting started Sunday and goes through Wednesday.
Instruction on how the HQ works for European countries.
European HQ will as well be placed in Nottingham.
Information on FW being sold in GWs.

For those wondering the price of the upcoming knight models there's a small hint here from an anonymous source.  For those wondering 150-160 dollars is approximately 90-95 quid. To me that's a heck of a lot of money - especially if you want more than one of these things. Still, it's a lot of model for your money.

via an anonymous source

preorders for imperial knights are 330 Liras,
which is around 150-160 usd.
I guess this kind of confirms the earlier rumor the the knight kit will be
around 160 usd.

Legion of the Damned 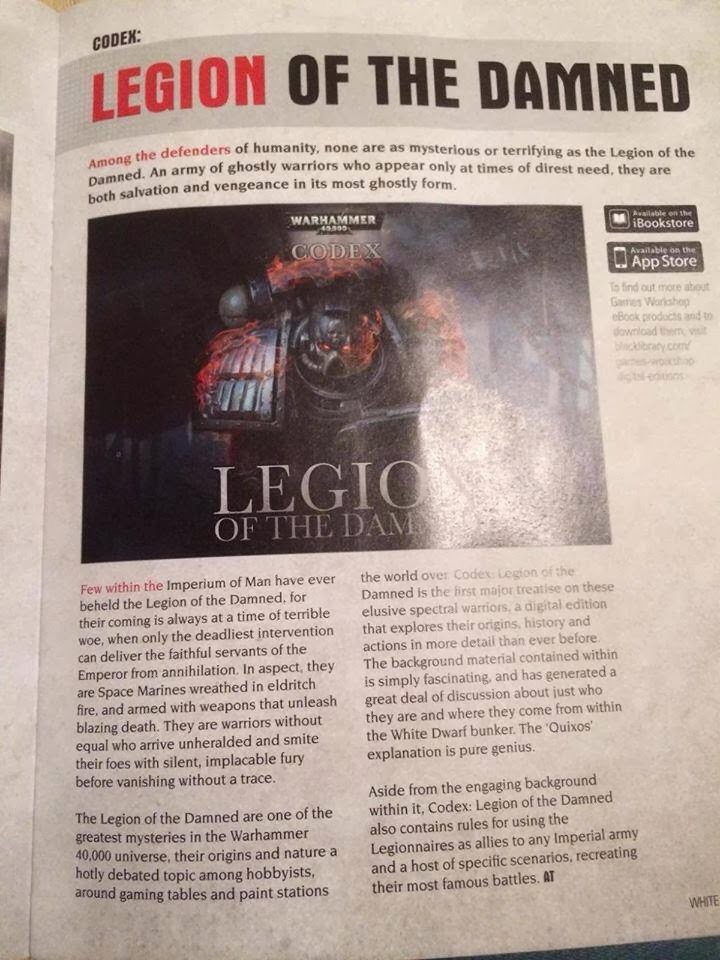 I apologize for missing this one off the last roundup. Legion of the Damned previews from White Dwarf. Leaked to the community by GW's secret agent 40k Radio. 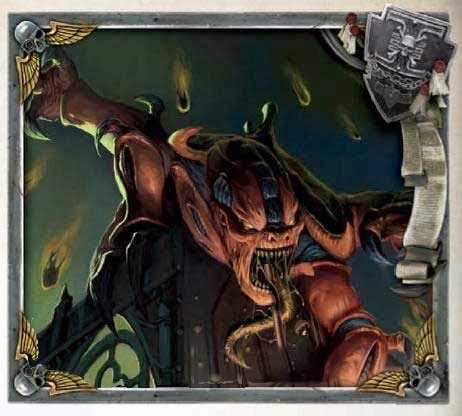 It seems the Genestealer Cult Supplement I guessed back here is becoming a reality if an anonymous poster from 4chan is to be believed.


I gave you Chaos Marines, Dark Angels and SM. Now I give you this. You've been wishing for it for a long time, but hope everyone's ready to be disappointed. 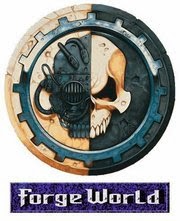 Forgeworld and GW Tie In

Natfkas buddy Tim has been providing the goods for a long time now. His latest rumor:-

I'll see what I can sniff out from the local GW Manager.

via Tim and Another Anonymous Source on Faeit 212


Forge World products will be ordered from the 7th April via GW stores.