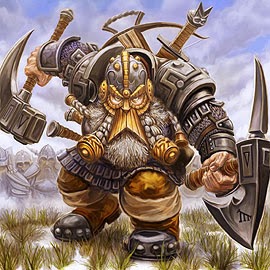 More Dwarf overload again today. It seems the closer we get to the release date the more they're Dwarfing everything else.


This one here is from Natfka (of course) its seems there's a rat in the GW HQ system as allegedly there's a meeting taking place - a long one...

Hopefully come Thursday we'll have more of this information filtered through.


Meeting started Sunday and goes through Wednesday.
Instruction on how the HQ works for European countries.
European HQ will as well be placed in Nottingham.
Information on FW being sold in GWs.

Emailed black library to ask about supplements. Was told to expect some soon with print edition of sentinels due out march and iron hands clan due easter.


Gyrocopter Update: it is nearly 1/2 the original point cost.  For approx. 100 pts you can field 1 with vanguard.  You can have 6 in an army and 12 in grand army.  It has a template gun as before that can be swapped out for a Brimstone Cannon: 18", str 5, armor piercing, dwarf crafted, multiple shot d3, quick to fire.

Gyrobomber Update: The Clattergun is 24", Str 4, armor piercing, dwarf crafted, multiple shot (4), quick to fire.  both Gyro's can get vanguard.

Runes are broken down like so: Rune of Blah Cost: X/Y/Z.  x-y-z is the number of runes of that type you can place on an item, increasing its cost.  Description of its exact rules follows a brief "fluff" description. One thing of note: A cannon can have up to 100 pts of Runes!

Thorek is in the book. Bugman is a hero level.

I double checked (could still be wrong) but Dwarves no longer have -1 to move when charging/fleeing.


Dwarf Statline in the Box 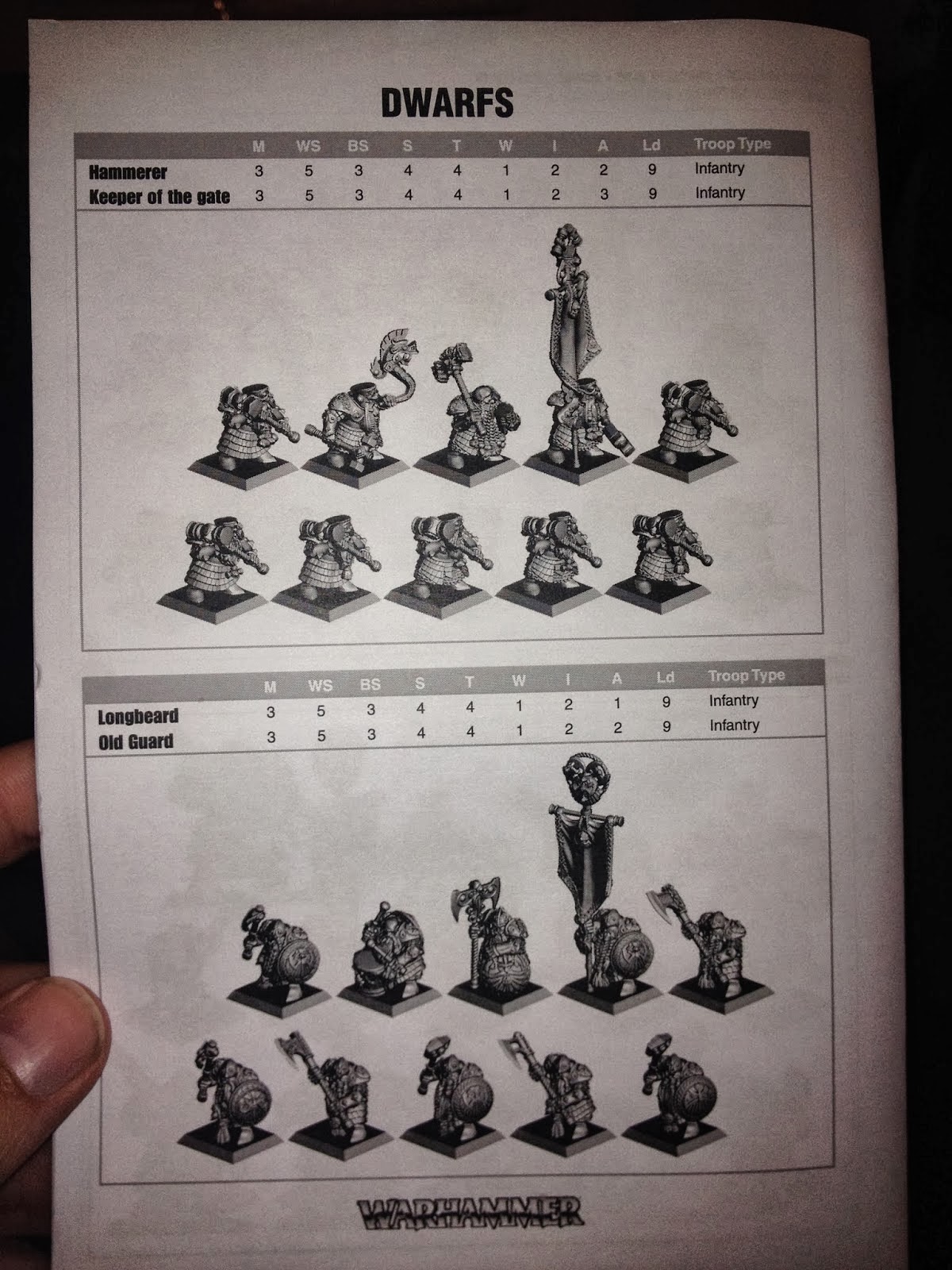 via a reader here on Faeit 212


I picked up a unit of dwarf hammers today. And much to my surprise it shows stats for both hammerers and longbeards on the back of the instructions.