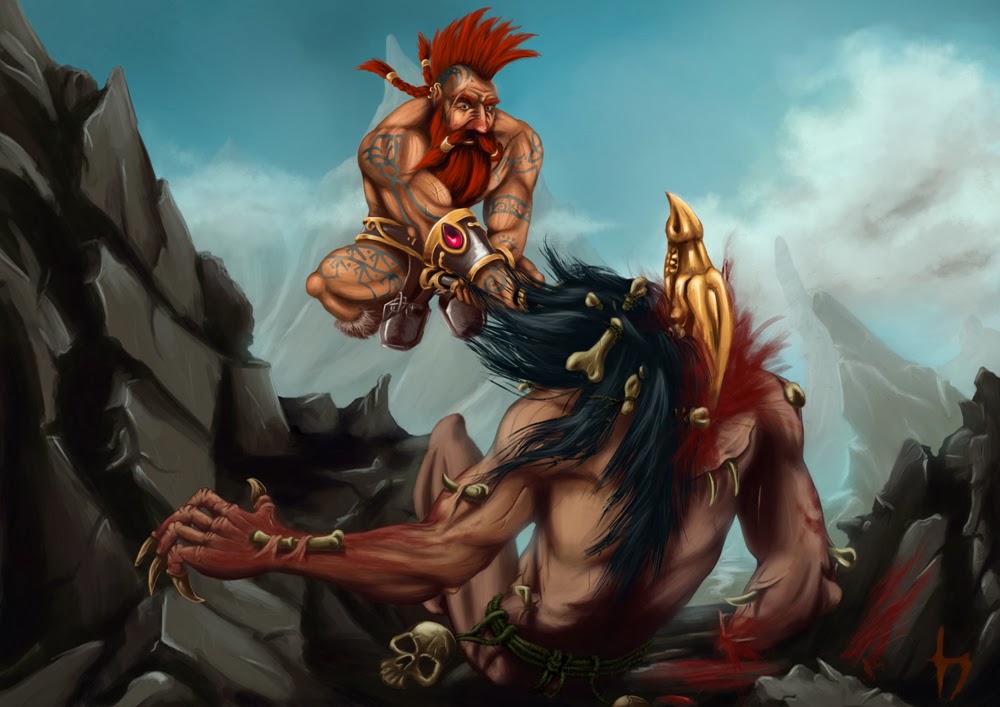 It's been a bit hectic around here the last few days with me starting a new contract at the local powerstation so I've been unable to update this mid week. On the plus side though it means we get a bumper rumor roundup this time out!

More Ork info is gradually filtering through and has been added to our Ork Rumors 2014 roundup.


boyz will become 2 pts cheaper, but must pay for wargear.
Choppas being 1pt and shootas being 2pts. Choppas now give +1 strength in
close combat but only give AP4 on a furious charge.


On the Chaos Space Marine Releases. 1) Look for the stuff to be released beginning of summer. 2) Crimson Slaughter(CSM in the DV starter) might receive a Supplement as well.

from Bell of Lost Souls


Sources have told us that many of the quick assembly minis in the Dark Vengeance set are getting the full treatment and arriving as fully-optioned multi-part plastic kits.  The following are on the way:
-Helbrute with all the weapon options-Chaos Cultist set with options for Plague Zombies-Chaos Lord in clampack format said to be bits compatible with the existing CSM range.-Chaos Chosen with buckets of god-specific bits including 5 heads per god.-Obliterators/Mutilators combo-kit-Chaos Havocs with all new visual designs for certain weapons.
Half of these will ship very soon, the other half closer to Summer.


The following is a huge wall of text from Faeit 212 (original source unknown) so it's possible that you've already read it. I will however reproduce it here and later this week set it out in a full roundup of all the latest CSM rumors as per our Ork and Imperial Guard posts.

Chaos Space Marines/ Chosen Box set
and Havoc Box Set
Got a bit of a news item for you. I've seen a few pictures of a sprue with a number of finished models. The sprue and models in question are for a new chaos space marine infantry kit. They are supposedly intended to be a replacement for the standard chaos infantry kit but also have options for chaos chosen within the kit ala the space wolves packs' wolf guard.

Design wise the models seemed to be a mix of ornate and non ornate armour pieces. There were a number of power weapons, combi weapons and what looked to be an autocannon in plastic. I was told that hopefully their release would not be far off and would be released with a few other chaos kits.

One of the new kits would be a plastic havoc boxset. With lots of bits to add to the models.

On the release date it's implied that the kits would be released in the 4th week of the month in the new weekly white dwarf.

gw have identified a number of issues with the chaos line with the main 3 being 1. The dated look of a number of models. 2. The hybrid nature of many kits 3. The lack of a generic non God marked lord outside of dark vengeance

There is to be a plastic clampack lord released in suitably ornate armour. The lord is mono posed and comprised of 5 pieces. This model has supposedly been designed as to be easy to kit bash/convert to allow chaos players to use the new updated power armour bits on.

Regarding the chosen. All power weapon variants are in the box with the lance and axe sharing the same body but with a separate head piece. Icons are included as is a number of God specific pads and heads. The kit has an "outrageous" number of head options.


Regarding the havoc. The havoc and new chosen/ standard marine kit share a core sprue containing 5 complete marine's. The havoc then has a number of unique sprues containing weaponry, backpacks and torso options. The havoc also boast an impressive number of heads with many appearing as mk2/3 heads with optical upgrades.

The icons are similar in design to the current plastic ones with one icon of each type being included. God specific pieces include a number of shoulder pads bearing a gods Mark and around 4 heads for each God. There is one unhelmeted head for each God excluding tzeentch which I think is meant to be due to the rubric fluff. It looks like you can add the finecast (noise marines and thousand sons) upgrade sprues to each unit to get a roughly full squad of marked marines.

The cultist and hellbrute models have been completed to my limited knowledge however I can't confirm seeing them. Release wise I have been told they are due but not so soon, they are meant to have been held off for another wave release alongside 2 more kits as yet un announced to me. An astute reader can most likely guess what these will be with finecast going the way of the dodo.


Chosen are in the 24 pounds Mark with havoc being similar in price. The lord is alas around the same price as the space marine captain/ librarian.

I had a much more detailed look at the new kits today. The lord is armed with a bolt pistol and mace\maul\club thingy.

The plastic autocannon on the standard squad sprue is suitable long and dangerous looking. It has the option of being belt or box mag fed. One of the chaos torso is basically a giant mutated demonic face with a piece that glues in in between the torso and legs to represent a big ole mouth.


The chosen/ regular marine kit has 4 sprues. Two core marine sprues that build 5 complete marines each with either bolter of ccw and bolt pistol. It should be noted that not all ccw are chainblades. The arms are the new style wrist and hand on the gun. There's then the command/ chosen sprue which contains power, special, heavy and combi weapons. This sprue also includes torso and head options along with lots of add on pieces. The final sprue contains all your god bits and icons and is smaller than the other sprues

Chaos Marine Supplement and
Dark Vengeance Model Releases
There is a supplement due for release.
The long war/long crusade
The name itself is a bit of an unknown to me but that's the general gist of it.

Contains fluff on what the legions have been doing for the last 10,000 years.

Rulewise any model with the veteran of the long war rule may purchase additional specialist skills represented by the universal rules. The skills vary in price with fear being one of the cheapest skills. Certain units may not take certain skills I.e havocs may not take fleet.

Fear was around 5 points a squad with infiltrate being the most expensive skill available.

On an unrelated note expect a fair amount of metal models to disappear from sale within the next two ish months as gw is melting down metal stock again and selling it off.

Do you know if all of the skills will be available to all units with VotLW, or if each unit will have a separate selection of skills to choose from? On a related note, will it be a flat cost to upgrade or unit or will different units have to pay different amounts for each skill?
Basically each skill has a list of units underneath it . Any unit on the list may take the skill. Certain units are not on the list due to whatever reason. The example I was given was havoc can't take the fleet skill.
All skills cost the same no matter what unit takes them.

Are the different legions mentioned in the supplement, or is this just a way to expand upon the Chaos Marine codex?  Can you take more than one upgrade?
Yup, there's a limit of three skills I think per squad however. To answer your original question the legions are mentioned in fluff only. The supplement is really just Codex chaos space marines +1.

if it unlocks Stubborn at a decent unit price.... Man I'll be bringing some big ol CSM blobs to the party.
Stubborn was one of the cheaper skills I think, at around 8 or ten points. I'm not sure if that's a decent price as I don't play sixth ed
8 or 10 for the whole squad right??
All prices are for the whole unit. Hq's skills are 5pts each

Can you still take mark upgrades while also taking these vet upgrades?
Marks can still be taken by the squad along with banners.

what's the projected release date for this mini-supplement?
This is a bit of a mystery to me, it's a week 4 release in the new weekly white dwarf, all I really know is its coming soon. I'm expecting it to be out within 3 months at max

can mutilators get fleet?
I don't think oblits or mutilators can take any skills at all, I will have to double check in a few days time to confirm for certain

Can HQ's with VotLW take any of the USR upgrades?
Yep, hq's can take the skills, they have access to every skill I think

If I can put Stuborn on my CSMs and not have it be shot out like the fearless banner, then assuming it's no more then 25 points, I think that will solve the biggest problem for CSMs as a unit, leadership.
Stubborn was around 10 points as far as I can remember

Will the Rumored models (New CSMs, Lord, Etc.) be released alongside this supplement?
Yesh.

Is there anything else in this supplement, let's say FOC modification?
Is Infiltration really costy?
Nope its nothing but skills I'm afraid. I'm no too sure if it's a full supplement or a big dataslate. I wasn't paying that much attention to begin with.
Infiltration is 20pts a unit
HQ skills are 5pts each
All other units share the same skill price

Future?
Future digital products WILL include free stuff for units of a comparable quality to chapter tactics.

i just want something to give my noise marine rending so i can pretend that they are palatine blades
Rending may be on the skill lists. I can't confirm for a few days

Does the unit ~have~ to take the VotLW upgrade in order to qualify to be able to take an available USR upgrade on the unit?
For now yes, future downloadable content is likely to change this or make the Votlw upgrade free

from your perspective is the pairing between the unit and what the skills offer at least viable?
Most units can take the majority of the skill sets. There are essentially pointless upgrade skills but you can still take them for whatever reason. It's very much a choose whatever you want kinda thing

Now, it is a 10man kit? Are there any "sorcerer" looking things, or a tabard? Maybe a nice force staff?
It is a ten man kit, there are a few tabardy things that go in between legs. The spear could be possibly converted to a staff without too much trouble I think
o Walkers can also get these skills!? All our Walkers? How does this work, as they can't take Veterans of the Long War - They have just access to these skills by default? Will they get further upgrades like Marks/Dedications so they something god-specific? 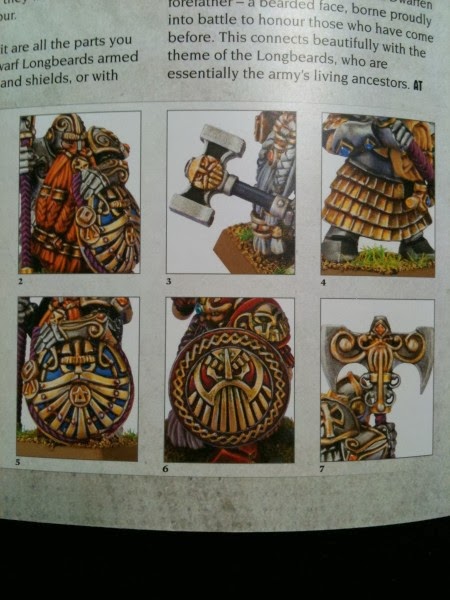 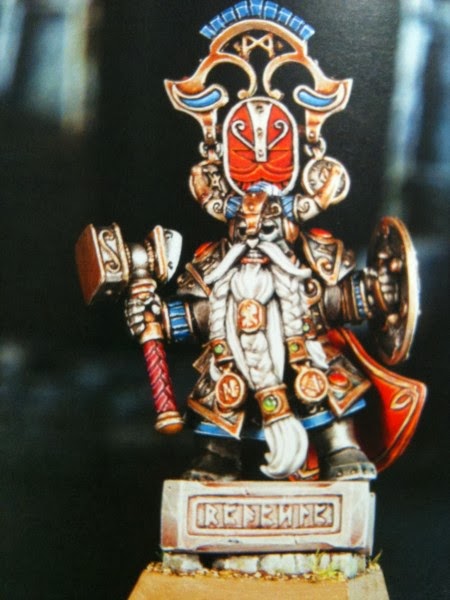 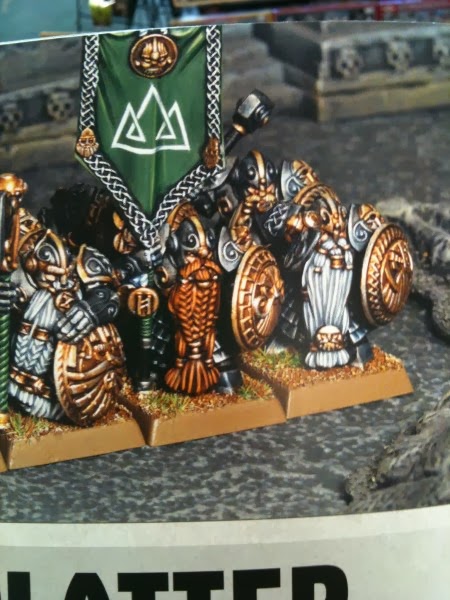 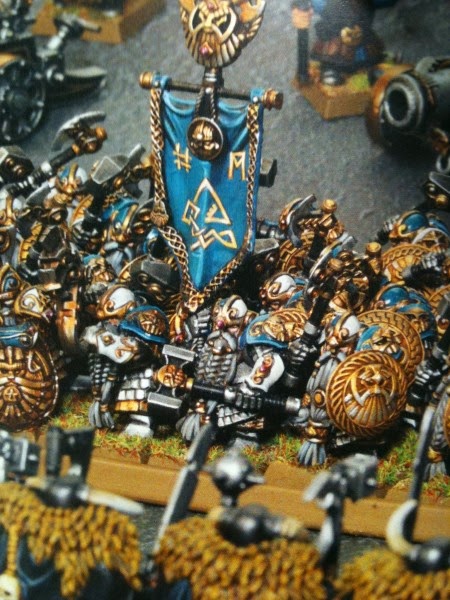 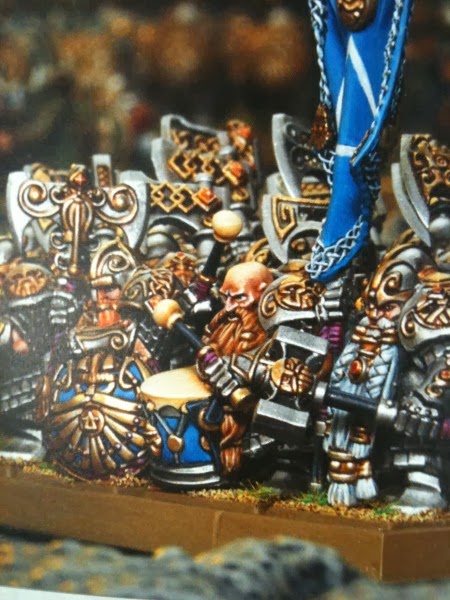 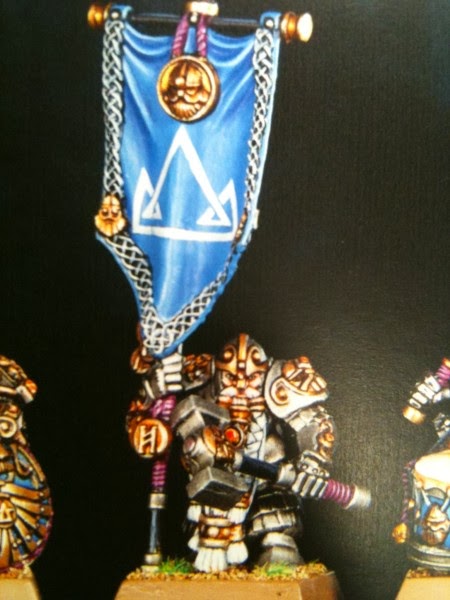 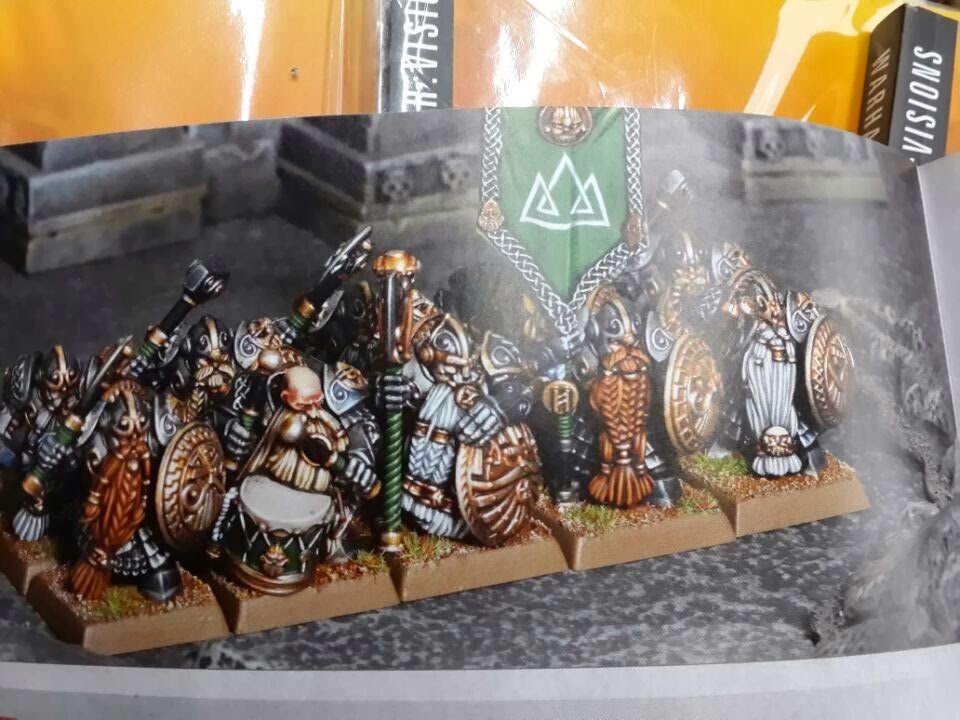 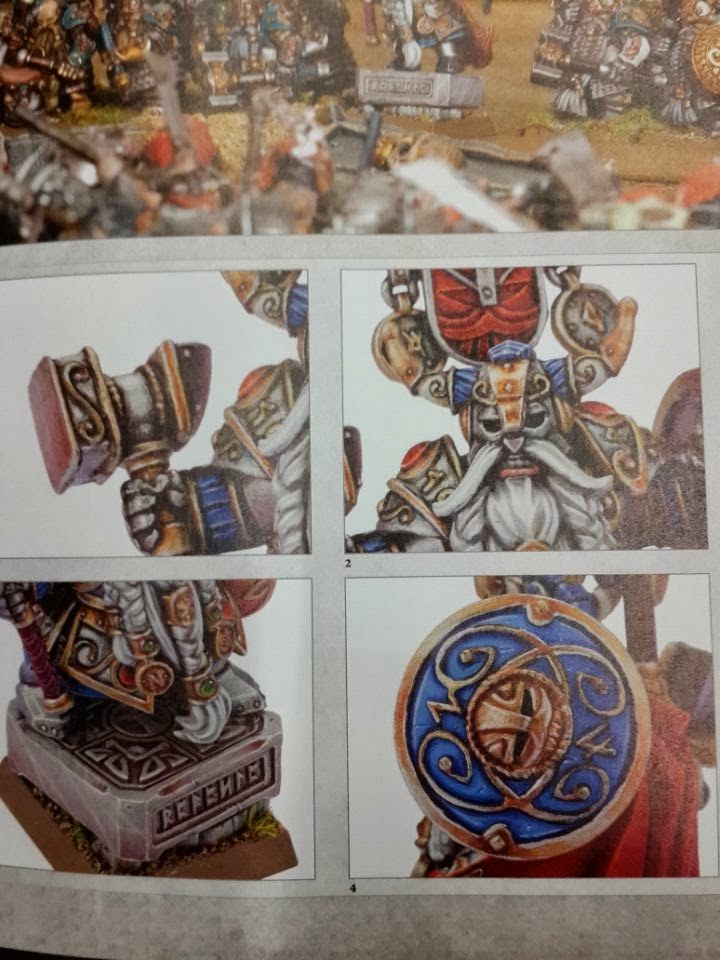