These Imperial Knights images and rules dropped recently and boy are we all excited to see whats coming soon. 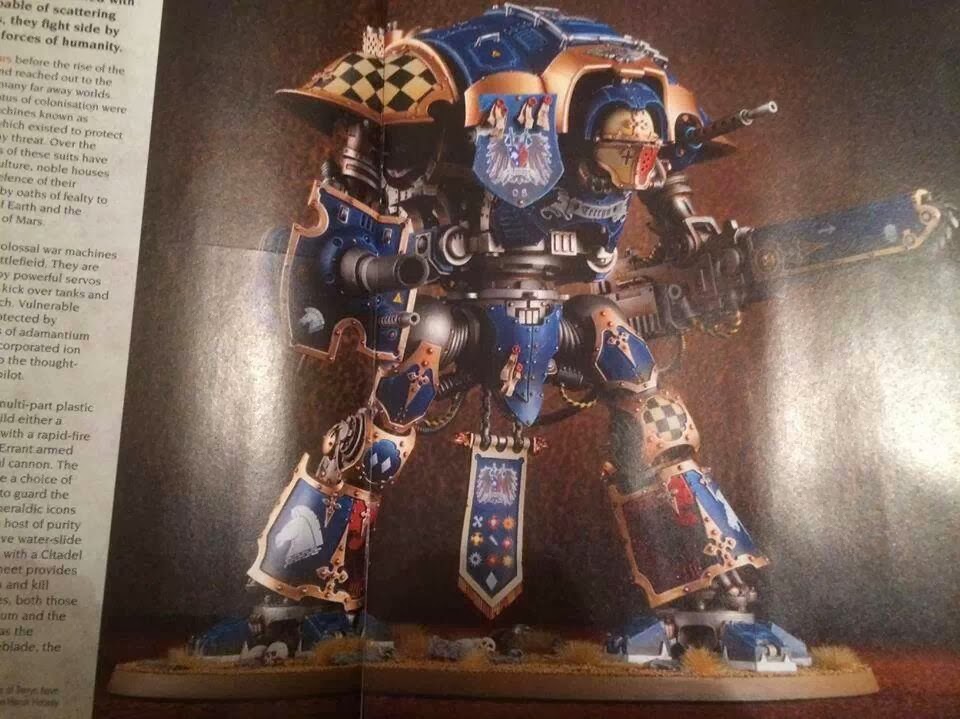 Obvious similarities have been drawn between these and Warjacks - particularly Cygnar. Another case of GW "copying" from others? Discuss. 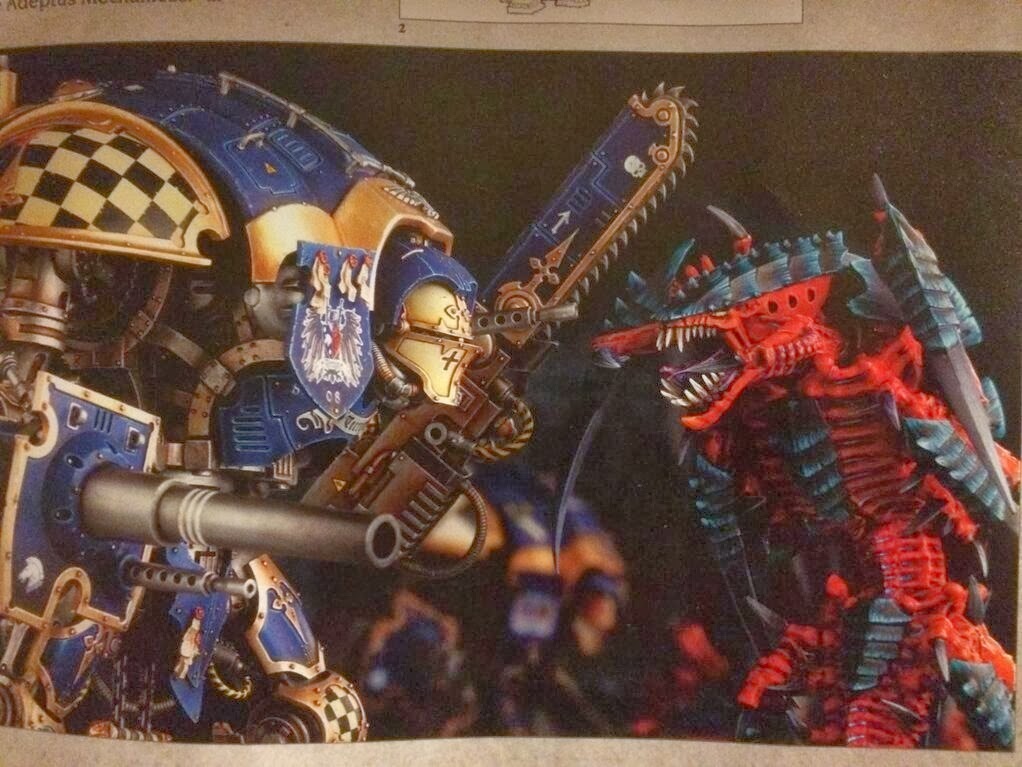 It's of no use showing the Knight model without some from of reference object to display just how epic it is. Enter this Tyranid Gribbly. 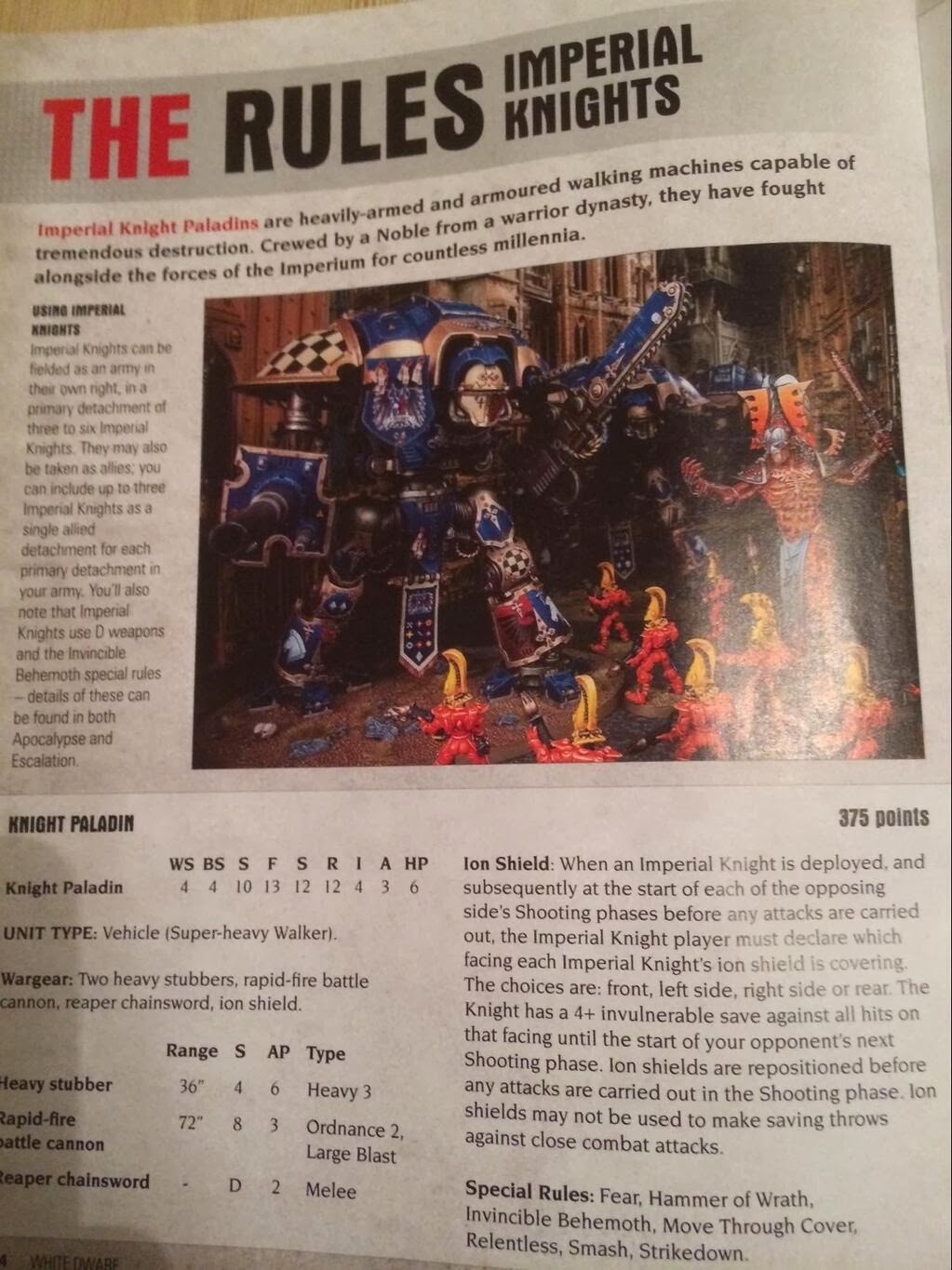 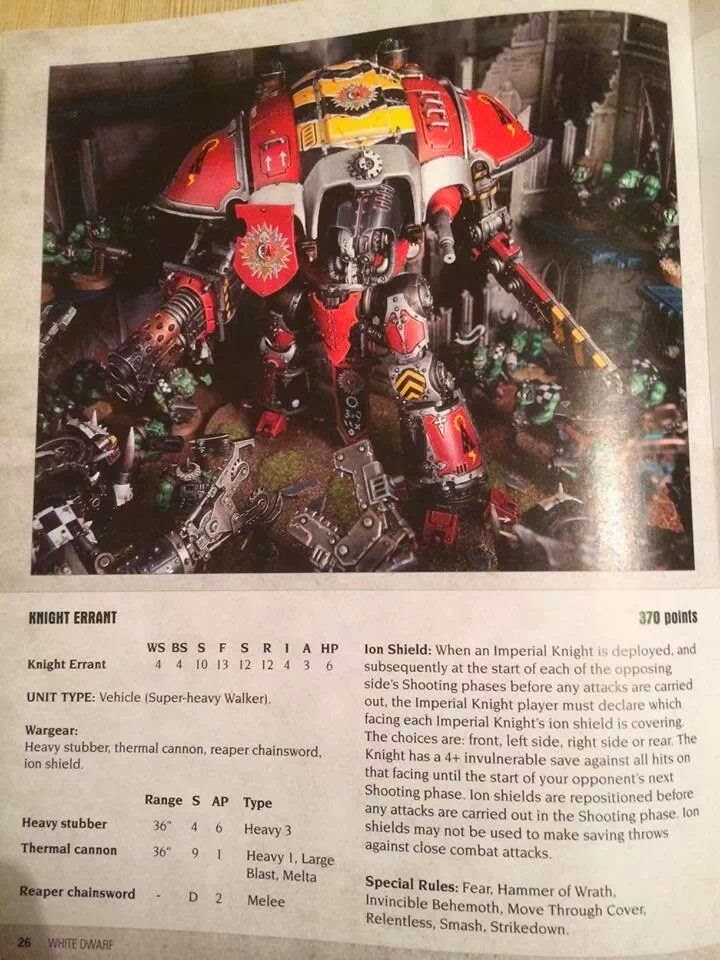 Ion Shield: Whan an Imperial Knight is deploted and subsequently at the start of each of the opposing side's shooting phases before any attacks are carried out, the Imperial Knight player must declare which facing each Imperial Knight's ion shield is covering. The choices are, front, left side, right side or rear. The Knight has a 4+ invulnerable save against all hits on that facing until  the start of your opponent's next Shooting phase. Ion Shields are repositioned before any attacks are carried out in the Shooting phae. Ion shields may not be used to make saving throws againt close combat attacks.


Now the Ion Shield rule is something I absolutely love. "Preplanning" rules like this are a great addition  to the game and force players into important startegic decisions - far more so than a simple 4++ save. Credit where it's due - well done GW.