GW Lockdown - Will They Ever Master Rumor Control?

As part of my daily news round I stop off at a little known site called Faiet 212 - you might of heard of it?

Anyways, something I saw there immediately grabbed my attention.


Things are on information lock-down at the moment. Some bigwig at GW is furious about the inside source for the Knight rules leak. It's codex BA all over again. Nobody at GW appreciates or tolerates this.

They worked very hard to keep the Knight out of the spotlight and now everybody already knows about it. These leaks might even affect the release schedule, "soft" releases like the Chaos Chosen might be put forward and "hard" releases like the new IG pushed back. GW knows that they don't have any control over the last 48h, but they are adamant to do whatever it takes to make sure that their announcement will be the first in the future.


Usually this "rumor" (and it's worthy of an unhealthy salting) would of slotted neatly into our Rumor Roundup segment, despite this and due to its particualry awesome potential for discussion I figured I'd fire it over to you guys and ask a few simple but difficult (is that even possible?) questions. First up though - what is GW's rumor policy as it stands?

Unreleased Material
While we know that it is always cool to see new material before it arrives on the shelves, we would ask you not to publish, or link to other sites that publish, any material that has not been officially reported or released by Games Workshop. This does not apply to small pieces of conjecture written in your "rumors" section (unless of course said "rumors" are akin to publishing unreleased material).

Well, I'm sad to say it but according to this little snippet every website that displays non published GW material is breaking their IP policy. They've even gone as far as making links to sites that publish unreleased material illegal too. Sorry Natfka but it seems your policy of linking to other sites isn't allowed either. Basically, what this says is we're all at fault for sharing second hand info and deserve a spanking. 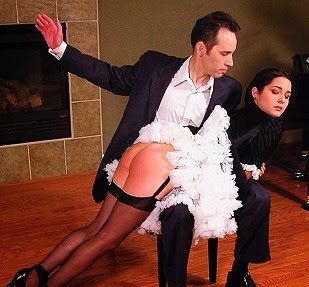 Will GW Ever Master Rumor Control?

The notion of keeping everything inhouse right up until release is absurd. Logistically I can't see how it's possible to maintain secrecy when the nature of (in no particular chronological order) designing, playtesting, rules writing, printing, casting, photographing and whatever else I've missed has to be completed for each new release. That's an awfully large number of people to place complete trust in. Companies like Apple, Nintendo and Sony (to name just a few of the myriads of possibilities) with all of their resources are beset by the same issues. If they can't fix it what hope is there for smaller firms like GW?

The demand for rumors doesn't help either. People hide behind their internet usernames and bask in the glory of being the guy that broke the most new rumors. Dakka even have a thread that scores rumor hounds on their success rate, it's a contest to these guys. Obviously I won't name names but we all know who they are.

The temptation to take a quick happy snap and bung it on 4chan anonymously is so high and risk free, this goes back to the supply chain being fraught with countless leaking opportunities. A friend of mine did the very same thing with some Space Marine images last edition. That ended BADLY.

So (my opinion - for Dribbler 2) I'd say keeping a tight rumor ship is pretty much impossible.

Are Rumors Beneficial To Games Workshop?

My uneducated and unprofessional opinion is that Rumors (leaks) and GW are good for one another. They keep the community talking about GW, they keep the fan-sites around the world active and ensure GW's latest releases are at the forefront of everyones mind. It's no secret Rumor sites are the busiest GW fansites out there - perhaps GW should identify this and work on a better means of relaying information - or officially drip feed us with information right from the start instead of trying to cram everything into one massive reveal that never actually reveals anything new. It's all well and dandy bringing out these fantastic new White Dwarf weekly magazines which focus on the FOTM miniatures but what's the point in that when they can't control the passage of information contained within the magazines? By the time they drop they're old news.

Its funny that EVERY other business that sells luxury items markets their product well in advance of the release date in order to generate interest and give people time to decide if they can afford it. GW just plain sucks. They would rather spring a $140 model on you out of the blue that can only be purchased by those that have the cash on hand rather than give folks time to plan for it. Then they bitch about people doing their marketing job for them? I want to work for GW marketing. Get paid really well to do nothing but lay out the WD...

I tend to agree.

Another pro for rumors is they keep peoples hands firmly on their wallets until the new miniatures come out. The emergence of rival miniature wargaming companies has to put a dent on peoples disposeable income right? Here's a hypothetical story about a boy called Jonny.

Little Jonny has £400 a week pocket money (jammy little SHIT!) and a hefty pot habit. He smokes the majority of his budget but around £100 goes on his other addiction - plastic crack. He's had his eyes on a nice new Malifaux set for the past week only to find out via a rumor on DakkaDakka that GW are releasing CODEX NUNS WIT GUNS!
"Fuck Malifaux!" he yells before saving his cash for the CODEX NUNS WIT GUNS!

Of course, on the flip side this could stop people buying the older ranges and leave GW sitting on tonnes of old stock.


In closing I'd like to point one other thing out. Rumors freely advertise GW, saving us from official atrocities such as this.


So, what do you think? Can Games Workshop stop the Rumor Mill spinning? Are rumors killing the company?