Create Your Own Campaign - Part 1 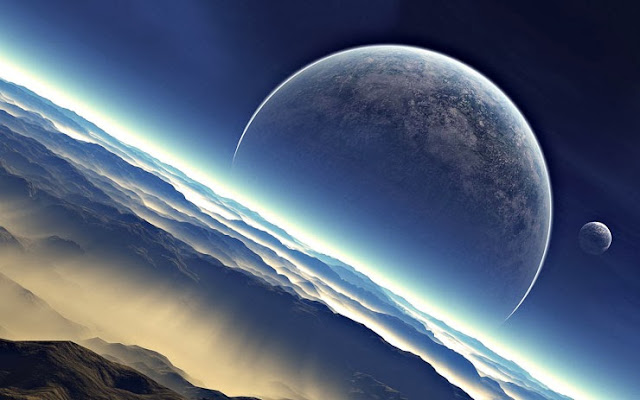 How To Create Your Own Campaign - Part 1

A few weeks ago I briefly mentioned that campaigns are a great aspect of wargaming. What I would like to do now is expand on this, so over the next few weeks I’ll be writing a guide on how to create a campaign of your own. All you’ll need to do is grab a few mates, block out a few weekends in your diary, and check back with TalkWargaming on how it’s done. If I’m feeling really generous, I’ll even share one I’ve written myself.

So a campaign is essentially a series of games where they all contribute to an overall winner. This means you can lose a game, but still go on to be the champ. Each battle will also have varying minor consequences from game to game, mostly additional minor rules that aren’t game changing, but are a bit of fun and something different. All those Warlord Traits you’ve been rolling in 6th? Those kind of minor changes.

As a campaign requires a series of games to be played, it’s also a great chance to work on a story and build some background. You can carve out a tale with your favourite models and share it with the other players.

So first things first, grab someone to play with. It could be a 2 player campaign, 4 player, 7 player, whoever’s a keen bean. Now keen is key. If you want to start one, just bare in mind that it will ideally be going on over quite a few games, so make sure everyone is game and won’t drop out halfway through. I would also recommend that less is more. Sure, 4677 players might sound pretty epic, but you’d need the Cern computer system and 7000 cans of Relentless to run that thing. I suggest you keep it smaller.

Once you’ve got yourself a brotherhood of nerds, start chatting things through with them and collect some ideas together. Find out who’s playing what army, what different teams and factions to create, and come up with an overall image for the campaign. If your playing with more than 2 people, it can be great fun (but by no means compulsory) to have different factions for each player to fight for. That way they can work together to win. The obvious start would be Imperials in the blue corner. All those Space Marines, Guard, sistersSororitas, Grey Knights etc, group them together so they can spew their bile about the corpse on his throne. Then in the red corner, you could have the cool guys who murder and pillage their way across the galaxy for varying reasons of evilness awesomeness!

With this in mind, I would recommend picking an army and sticking with it for the duration of the campaign, as it keeps things consistent. Sure, you can change your list from game to game, add in allies if you really want to, but keep the core force as is.

Once everyone has picked their sides, bring out your inner Shakespeare and come up with some background. The sissy Imperials trying to defend from a Chaos/Xenos invasion is the usual 40k bread and butter, but change this up if you want to. Maybe the roles could be reversed in a holy crusade? Or perhaps the Eldar are assisting the Communist Republic of Tau Land to fight back a Necron invasion? Whatever you choose, this bit is really important. It gives the campaign some worth, and shows it as a journey that players will buy into, rather than just a random game from week to week. By all means use existing 40k sources, and ask the other players for ideas, so they can contribute.

If your really keen and particularly enjoy the fluff side of 40k, write out some short stories to accompany the campaign. These stories could be about a planet where the battles will be fought, a particular event that started things off, each faction’s role in the campaign, or about individual armies taking part. When you start the campaign, you could send a copy of these stories to each player as part of a campaign pack.

So far then: you’ve got yourself a bunch of dice-rolling generals, they’ve all picked their preference of toy soldier, and they’ve pledged allegiance to a chosen faction (unless your going for a wild free for all). You’ve come up with an overall theme for the story, and written some extra fluff to go with it (if you wish). If you’ve got this far without Tzeentch ruining your awesome ideas, then you can start planning the details. That means a campaign map for everyone to fight over, and some rules to stop it descending into this: 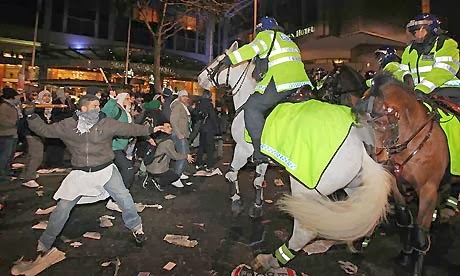 Next week, I’ll be showing you how to build your very own campaign map that won’t break the bank, and won’t require a truckload of tools.