How to be a Better Wargamer Part 3

If you are just tuning in, you can find part 1 of the series here 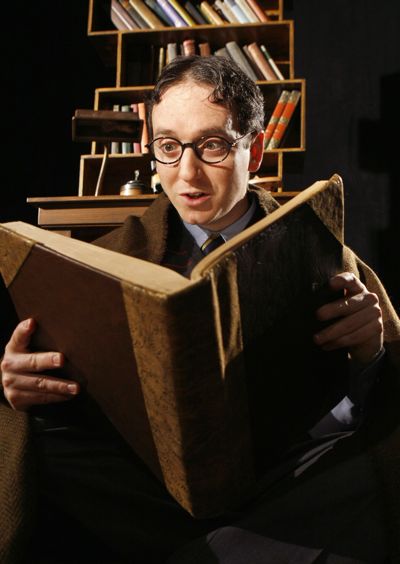 How to be a Better Gamer Part 3 - Background and Fluff


For those that aren’t 100% sure what I’m talking about, fluff is the narrative that goes with 40k. The stories and the tales. The truth is, it’s nothing short of amazing. The sheer scope and variety is so huge that hundreds of books still can’t do it justice. Through years of development, a fictional universe has been created that is iconic, fascinating and epic. The potential to use this in our gaming is great, but sadly it seems to remain as potential only.


It’s easy to see why. People like the fluff, but with busy lives and little free time, folks just want to play on their game night. They haven’t got the time and energy to come up with a game story, and it’s hard to see the significance of it when your not even sure who your playing next week.

Then there’s the risk of looking like a bit of a numpty! The size of our rulebook shows us up as a tad nerdy (there’s no denying it I’m afraid!), but Mr Walking Encyclopedia that slows the game down with background details that no-one cares about is in a nerd class on his own. No-one likes looking like a numpty now do they! In the end, people will leave the fluffyness to their Black Library novels.

Well I say no! Let’s use that awesome scope. It allows us to create our own tales, to act them out on the tabletop, to make the most of this awesome aspect of our hobby. Here’s how:

First things first, you’ve got to embrace as much of the fluff as you can. There is absolutely loads of it, but don’t let this put you off. Find something your interested in, and read up on it. The obvious one is your army itself. Codexes these days are stacked full with amazing narrative and artwork (which counts completely. A picture is worth a thousand words), so I highly recommend reading it cover to cover. There’s also the big rulebook for general knowledge of the 40k universe.

After this, check out the Black Library. If you want to start light, look at the short stories of battles, or the Hammer and Bolter compilations. If you don’t mind getting stuck into some lengthy tomes, have a go at the novels themselves. They are great for giving a ‘real’ perspective to the fluff, rather than just facts, figures and timelines. Ever wanted to know how a Chaos Space Marine spends his days off? It’s there. The Black Library will do a fantastic job of rounding out your background knowledge to make it seem like a living, breathing universe. Plus, lets not forget the battle scenes are epic and intense!

I’ll admit that some writers aren’t as strong as others, so maybe look out for a few reviews before you make a purchase. It can also be quite daunting to get into for the first time - where on earth do you start? Well the good news is, I’ll tell you! Start with Mr Dan Abnett. This guy has the Black Library nailed. His Gaunt’s Ghosts novels are some of the most exciting, entertaining books I’ve read, ever. 40k or not. They are full of twists and turns, the battle scenes are amazing, the characters are believable and humane, I can’t give him any more praise. The amount of times I’ve finished a novel and decided ‘I want a Narmenian Tank Company’, or any other such Imperial Guard regiment!

Then there’s the Horus Heresy. The first novel is written by Dan Abnett, but the series itself is a collaboration of all the big names at Black Library. It’s on the New York Times bestseller list. A 40k novel series that’s boxing with the big boys. It doesn’t really need any more justification than that. Make sure you start at the beginning though. Some people say that certain novels can get confusing if read as stand-alone books.


Finally, Lexicanum and the 40k Wikia have a real depth of knowledge if you want to know about specific aspects of the fluff, or information that has been pulled from various sources to offer a comprehensive understanding (like a chapter of Space Marines, for instance). Just type in your chosen topic and you'll have a load of meaty information right before your eyes.

Now I appreciate all this can be a lot, but if you enjoy the fluff side of the game, or would like to get into it, embracing all this information is a must. If your reading it all already, then your well set up. But how can we use all this knowledge? Well first, I’ll tell you what you don’t do.

Don’t give a running fluff commentary. ‘Brother-Sergeant Lad-ius raises his Relic Blade, dawn’s light gleaming from it’s edge. With a holy brutality, he delivers judgement to the neck of the Greenskin filth.’

Uh… No thank you. It will slow things down, and detracts from the game. Leave game time for gaming. Let the game itself be the story. Instead, you want to bring the fluff in before and after your game.

So first of all, have a go at writing some fluff for your army yourself. Background, a timeline, a short story etc. Use your 40k knowledge for inspiration, and to keep it authentic and true to the existing background. Don’t be put off if something has tons of existing narrative already. A specific company, campaign, captain etc, can all add to the flavour. Why not name your units too? Characters, squads, tanks, flyers, the lot.

It’s worth building this into your army list. Rather than just a bunch of printed stats with points costs, make it presentable. If any of you have been to Throne of Skulls at Warhammer World, you’ll know they actually have an award for the best presented army list. Plus, in the event of a draw for the overall tournament winner (be it winner of your army or winner of the entire tournament), they judge the winner based on the quality of their army list. So if you want to add some fluffy flavour to your wargaming, use your army list as a great way to present this. Include whatever you like: photos, stories, names, everything, all on your army list document. When you hand it over to your opponent, they immediately see some personality to your army.

Now that your army has some background to it, its time to build some fluffy games. The good news is, this is easy. Play a different mission, rather than the usual rulebook ones. There are tons available in Escalation, Stronghold Assault, the Altar Of War downloads which are a great starting point to add some character to your battles. Then flesh them out a bit, set a scene, even change a few things if you like.

You can even create your own. Tyranids against Guard? Why not play Hammer and Anvil type deployment, back to the walls kind of game where the Tyranids charge across no-mans land and the Guard make a valiant last stand against the oncoming tide? To represent the horde idea, introduce a rule where units of Tyranids wiped out automatically re-enter play from their own table edge. For the Guard to win, they have to last until turn 6, when the Navy turns up and flame grills some cockroaches. Oorah. Get creative, have a chat with your opponent, and make a memorable game. You’ll remember all the crazy stuff like when a lone Guard sergeant killed a Broodlord in combat, then got swarmed by Gaunts and died a legend. Many people say that these kind of games are the ones they remember, rather than the standard ‘lets claim objectives’ missions. You know what’s best about them too? It doesn’t matter who wins. Not in the slightest. You’ll have a blast playing it, win or lose.

There’s a paragraph in Escalation about an Imperial Guard Colonel who loses his Baneblade to the enemy on Armageddon. Such dishonour left him with 2 choices: Face execution, or lead a Penal Battalion to reclaim the Super Heavy. He chose the latter, to restore his honour, or die in the process. After reading this, I immediately wanted to take on a Baneblade, to create my own story like that of poor Colonel Krazchek. If I was playing this mission, I wouldn’t care how overpowered Lords Of War are, or whatever other judgements the internet is currently making despite never actually playing against one. I’d be having an awesome time trying to save this poor officer by playing a cinematic and narrative driven game like it’s designed to be played. ‘Forge the Narrative’, the 6th edition rulebook catchphrase.

A campaign is also a great way to build in some fluff and background. Get together a mate or mates and come up with a narrative driven series of games. You could have a free-for-all or different factions, have them fight over a city, planet or sector, build in custom missions, come up with custom artefacts and wargear, anything! If you organise your campaign to take place over a series of weekends, you can write up a brief for each stage, and even write some short stories to report on what happened from stage to stage. Then you’ll be adding your own tales to the rich tapestry of the 40k universe, with a ton of cool game features to go with it.

Finally, post game. If your into the stories, write yours up. Use the battle itself to create a narrative of what happened, a story inspired by true events. Don't worry, If you are really attached to your characters, they haven’t died, they’ve just retreated after suffering a nasty injury! Even write battle reports with a narrative edge, rather than just ‘this happened, that happened’. After a few years of gaming, it'll be an impressive sight to look back at your army's history. All the battles won and lost, heroic deeds performed, crazy luck, hilarious failures. Then, your army will represent so much more than just plastic models.

Hopefully this article will inspire some of you to approach 40k a little differently, and allow us all to explore the amazing fluff and background that comes with our game. Give the fluffy games a go, you’ll find yourself enjoying things so much more. It’ll take the pressure off, and change the must win mentality that's all to prevalent in our community. You can still play properly and aim to win, just don’t let it stop the game being fun.

Next week, it's the final article in the series. I’ll be looking at the Social and Community aspect of How to be a Better Wargamer.
By Elliot