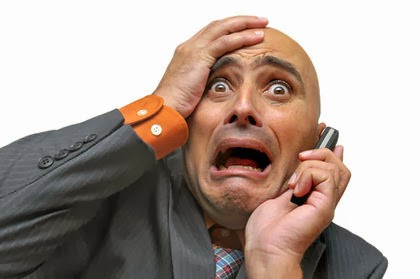 By now, many of you will have heard the news, cried from the rooftops or rung in on the bells of doomsayers:


The GW half year report is out, profits are down and share prices fall 24% in a day!

That's right kids, it's that time of year where the wargaming community implodes and everyone and their mum starts professing Games Workshop's inevitable end.

Well, we're always up for some doomsaying so let's grab our tin foil hats, pick up our death to GW picket signs and take ourselves off to Workshop's front lawn for a good ol' fashioned end of the world party.


If the facts don't fit the theory, change the facts.

So, before we divebomb into theories and wild speculations, we'll start with the facts. Games Workshop released their Half-Yearly Report today, which can be found here. I'd recommend having a read through of it before we continue. Here are the cliffnotes:

The immediate effects of these figures? A drop in share price from 723p yesterday to 547p at the time of writing. This is a drop of just over 23.3% practically overnight. Now, I'm not an expert in stocks, but you don't need to be to know that something here is wrong!


Not with a bang, but with a whimper!

We all like to have a moan about the Evil Empire every now and again; when they raise the price of our minis, or drop our favourite unit in the latest book. And each and every year, we talk about the death of Games Workshop, usually around the time the price rise is announced.

But this is the first time we might be seeing some actual "evidence*" to support this. I've been saying for a while now that GW's end, should it come, will be a long one. They will not go quietly into the night!

*may not be actual evidence of anything. Always keep your salt handy.

I don't think that we are seeing the "end" of Games Workshop in as much as them going out of business, never to sell us an expensive chunk of plastic again. Rather, I personally think that GW are gearing up to be sold. There's been talk of it a lot over the last year. And yes, sometimes talk is talk, but sometimes it isn't. A lot of the decisions that they've made in the recent past seem to make them much more attractive for potential buyers.

Could it be that we've finally reached the point where the prices are too high and Games Workshop have begun pricing people out of the hobby? Or are we seeing what will soon be announced as the sale of GW?

Time will tell, but until then, feel free to take to the streets in panic. Loot your local stores, horde canned space marines in your disaster shelters and murder your neighbors for their codicies. The end of days is coming friends. . . probably.